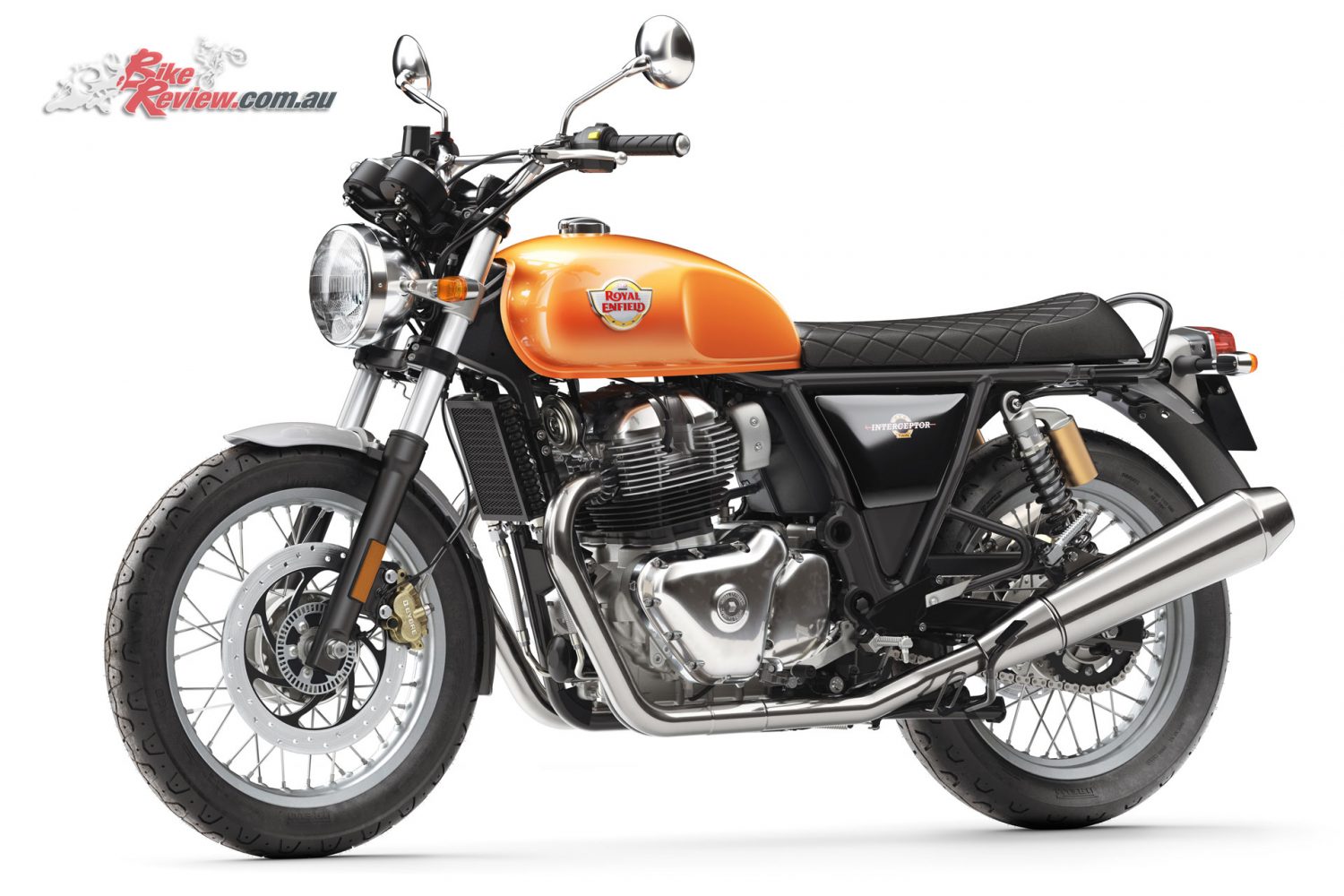 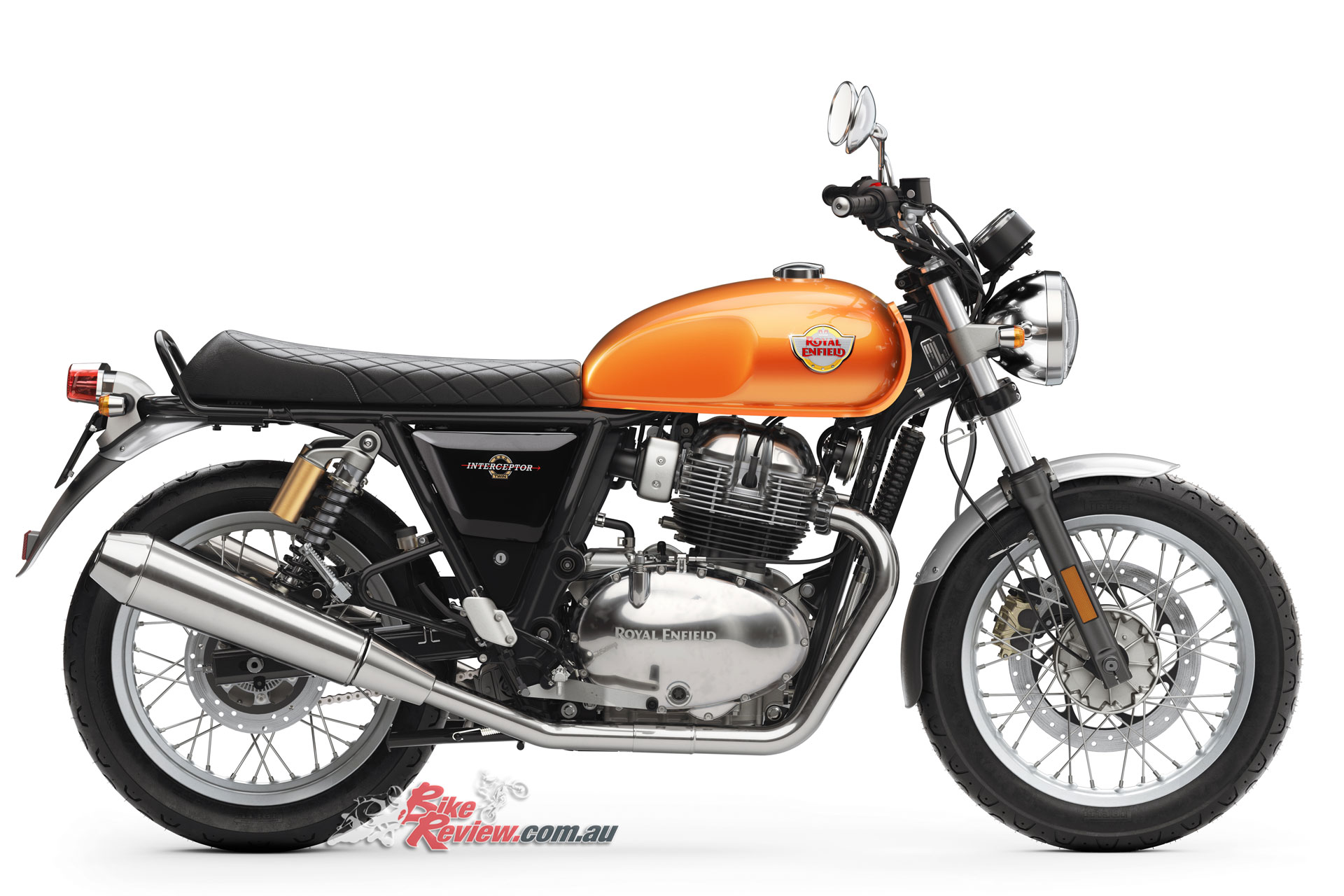 The Interceptor INT 650 ushers in the idea of 1960’s fun, relaxed motorcycles from the sun-drenched California beaches. With its classic tear-drop shaped fuel-tank, quilted twin-seat and distinctive wide braced handlebars, the Interceptor INT 650 looks every bit the stunning Roadster that it is.

An all-new, dedicated steel-tube cradle chassis makes the Interceptor INT 650 an easy-going, versatile motorcycle which is perfect for riding in the city, as it is for a leisurely weekend cruise. The wide-braced handlebars offer comfortable ergonomics and a confident and commanding riding position, allowing the rider to make the most of the agile chassis. 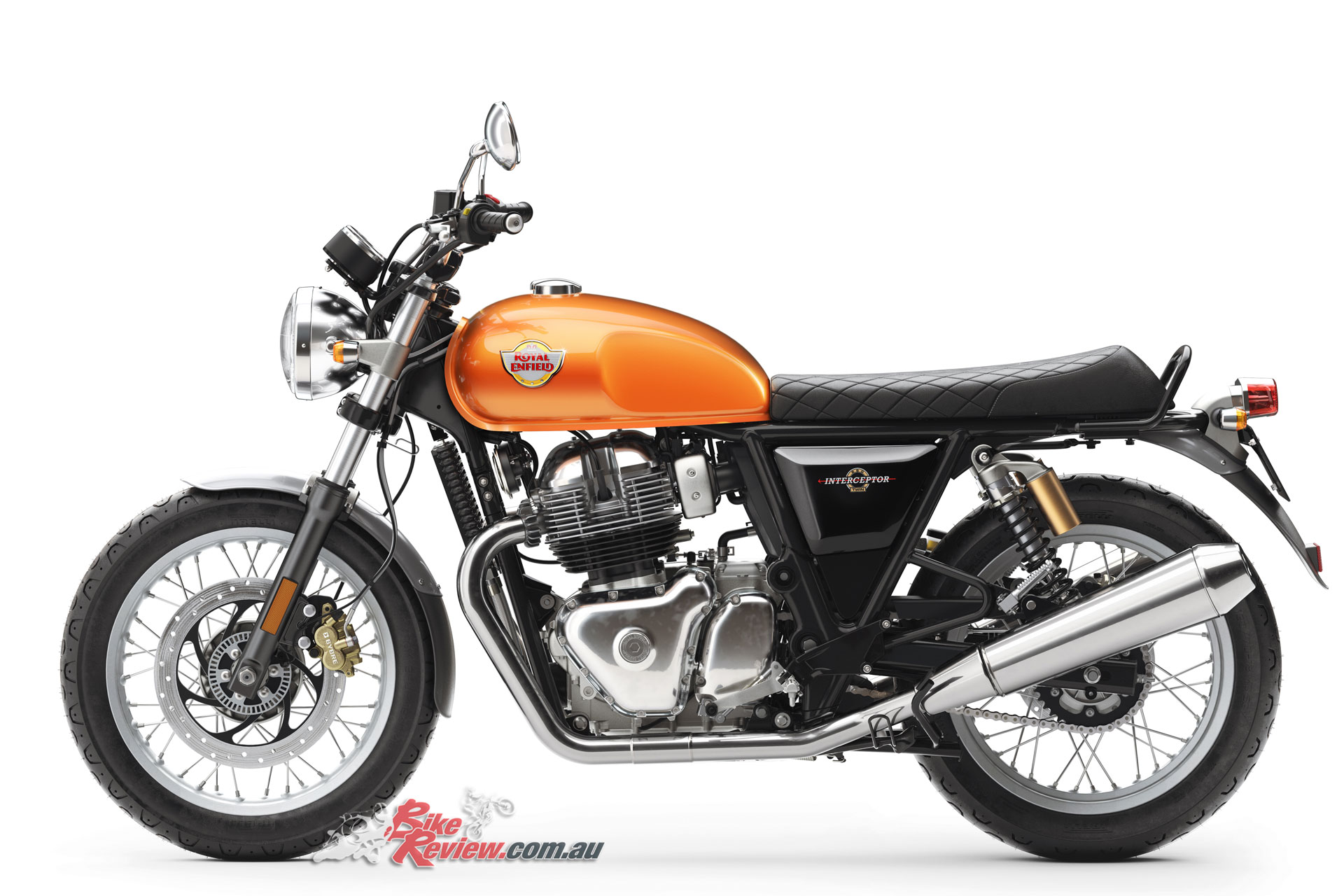 The motorcycle is equipped with classic 18” front and rear Pirelli tyres and twin shock absorbers, along with front and rear disc brakes with ABS. A ground clearance of 174mm and a seat height of 804 mm, ensure that the Interceptor INT 650 gives a superlative riding experience.

The twin motorcycles are powered by the first modern Royal Enfield 650 twin engine. This new platform is a single overhead cam, 8 valve, air/oil-cooled, 648cc parallel twin, producing 47bhp and 52Nm. The engine has a strong low and mid-range performance, retaining the Royal Enfield character of accessible torque through the rev range. 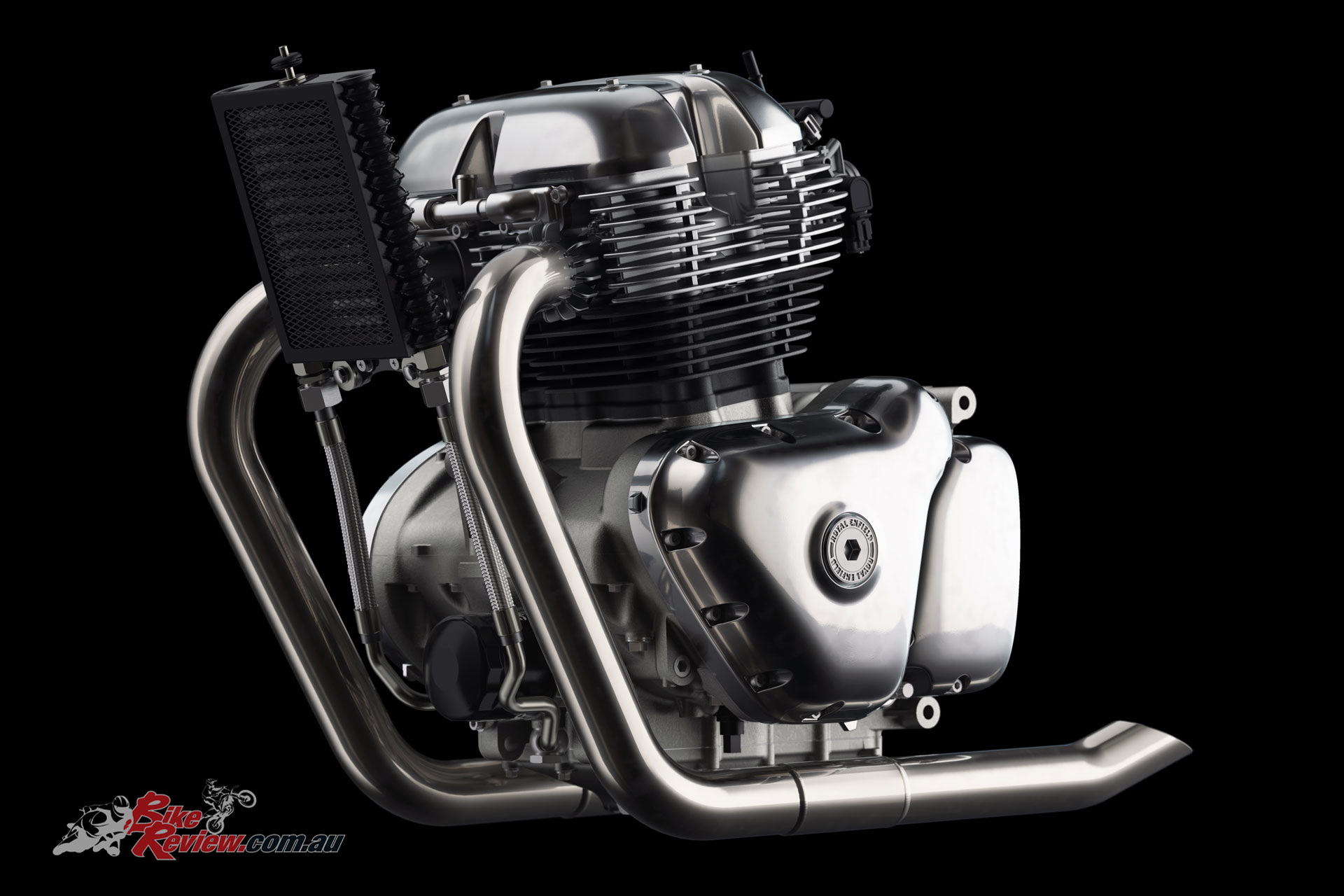 Also new to the Royal Enfield Interceptor INT 650, is the six speed gearbox, especially developed for this motorcycle. The gearbox is augmented by its ‘slip/assist’ clutch, that facilitates easy riding in traffic with a light feel, and prevents wheel-hop when downshifting gears – also a first for Royal Enfield.

The chassis has been developed from the ground up by the team at Royal Enfield’s UK Technology Centre, and Harris Performance. It has been engineered and fine-tuned for enhanced agility that can handle different terrains and speeds with ease while retaining the period classic style. 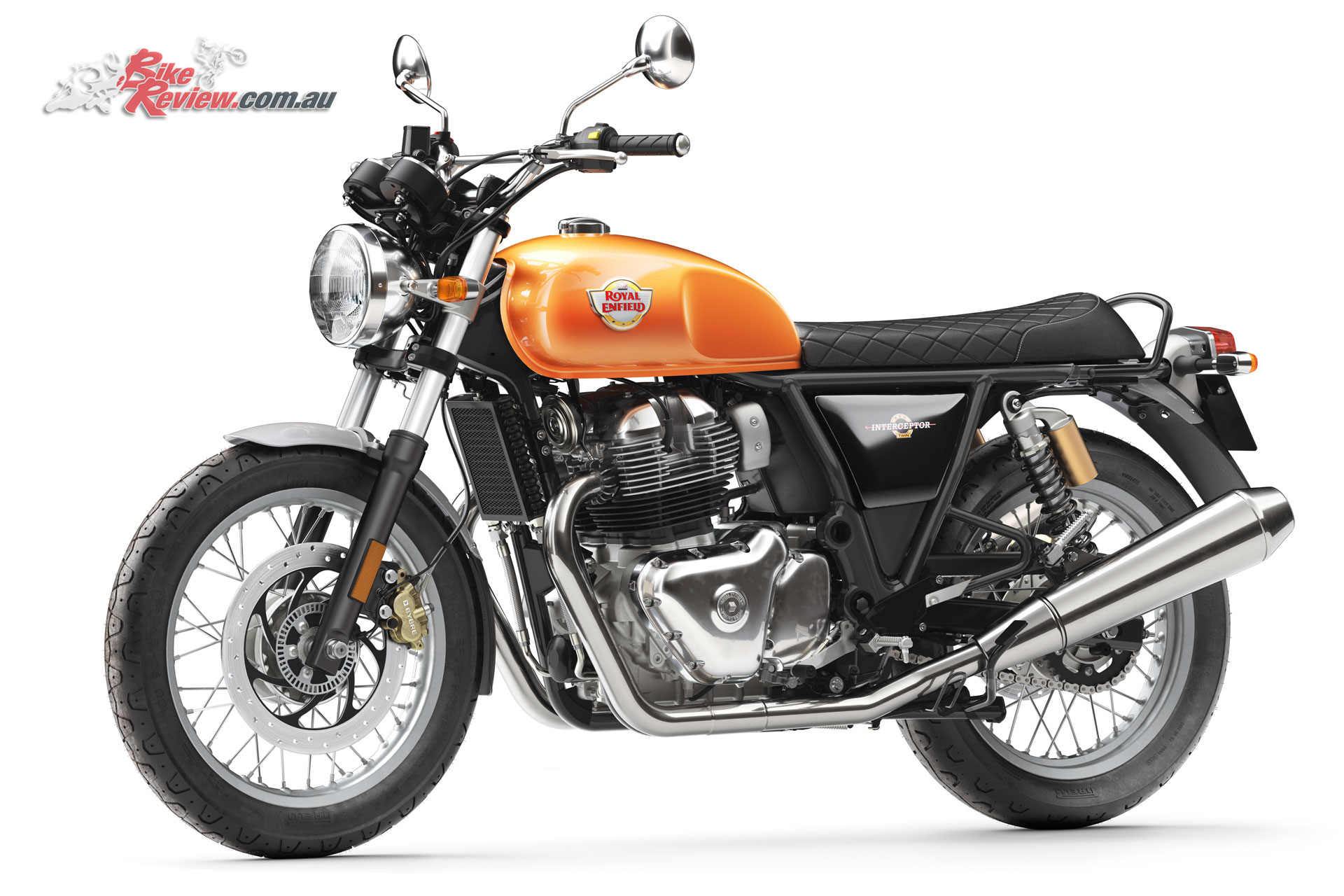 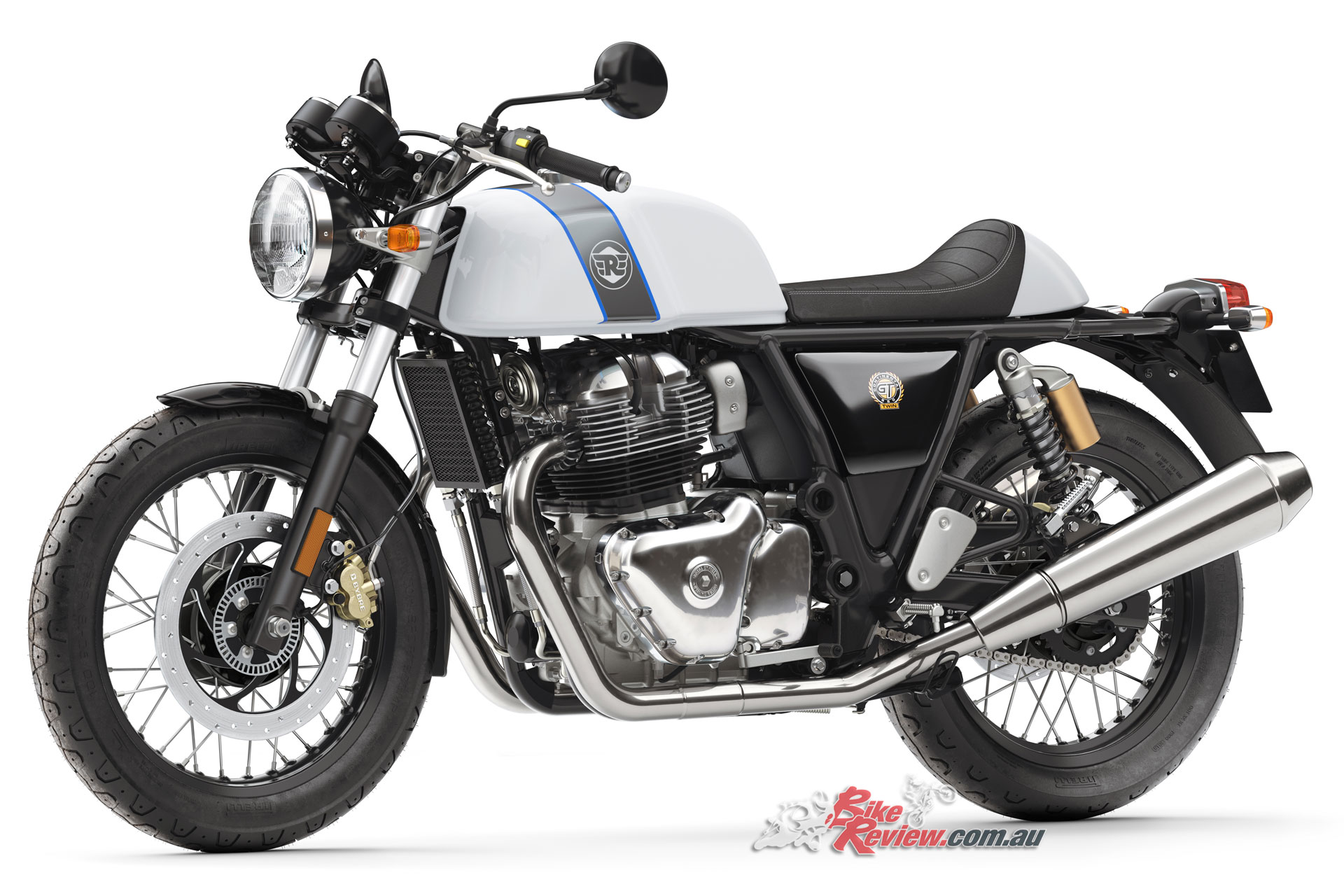 In addition to the Interceptor INT 650, Royal Enfield also showcased the ground-up, all new Continental GT 650. The motorcycle retains its central cafe racer character while bringing in new engineering and design improvements. It shares its engine, chassis and running parts with its twin, the Interceptor INT 650, while offering completely different ergonomics and style.

The motorcycle has an eager, front-leaning stance that gives it a sporty look and a speedy form. The Continental GT 650’s ergonomics offer easy reach to the mid-level handlebars, for an optimum blend of steering feel and comfort with no compromise to its 12.5L fuel tank capacity. Like the Interceptor INT 650, the Continental GT 650 sports disc brakes front and the rear with ABS. 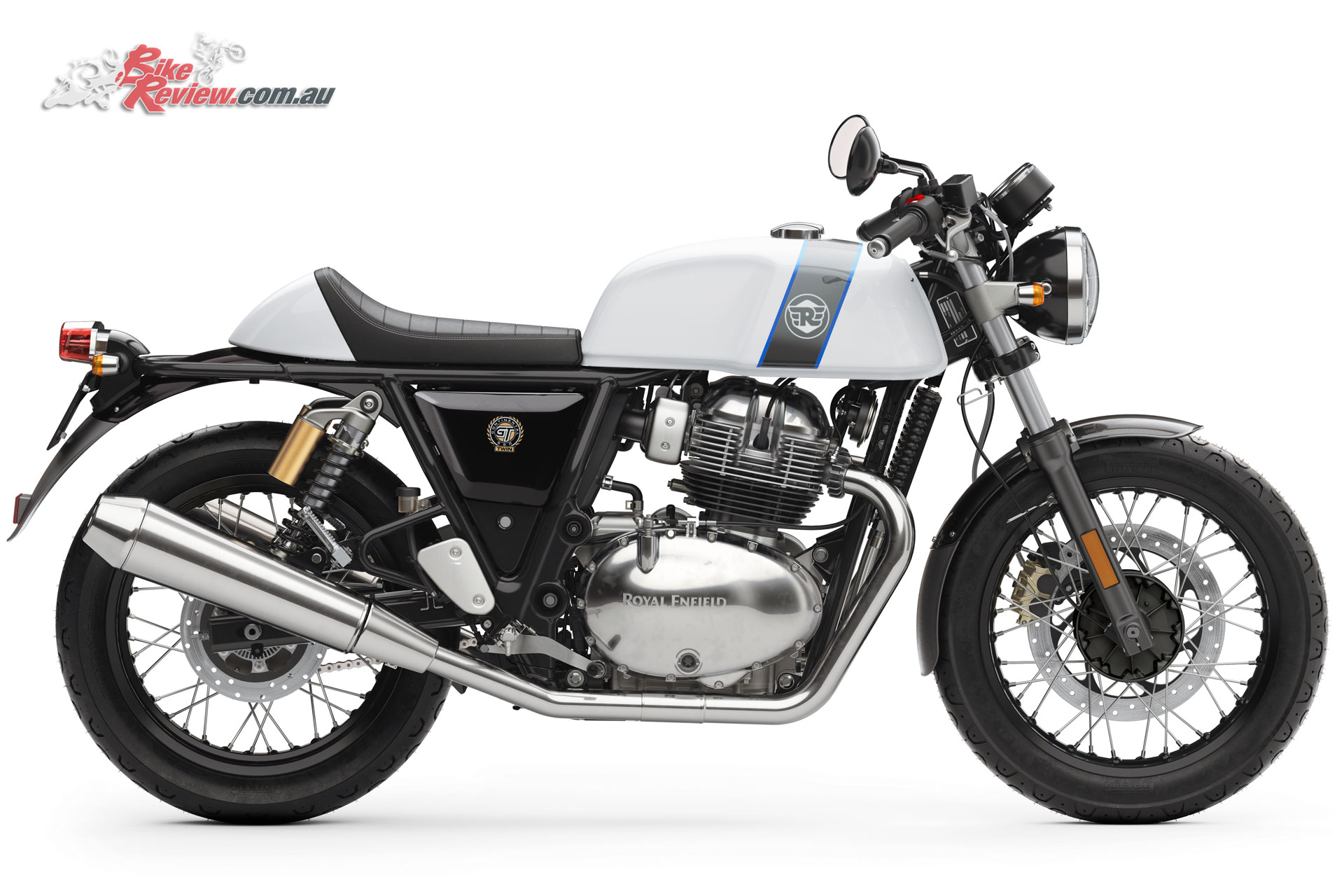 The upswept exhaust and rear-set footrests give the motorcycle plenty of lean angle, essential for any true cafe racer. The single seat, sculpted tank, and clip on bars complete the authentic look. The rider feels ‘one’ with the machine, whether commuting on city roads, or scraping knees down their favourite backroads and twisties. 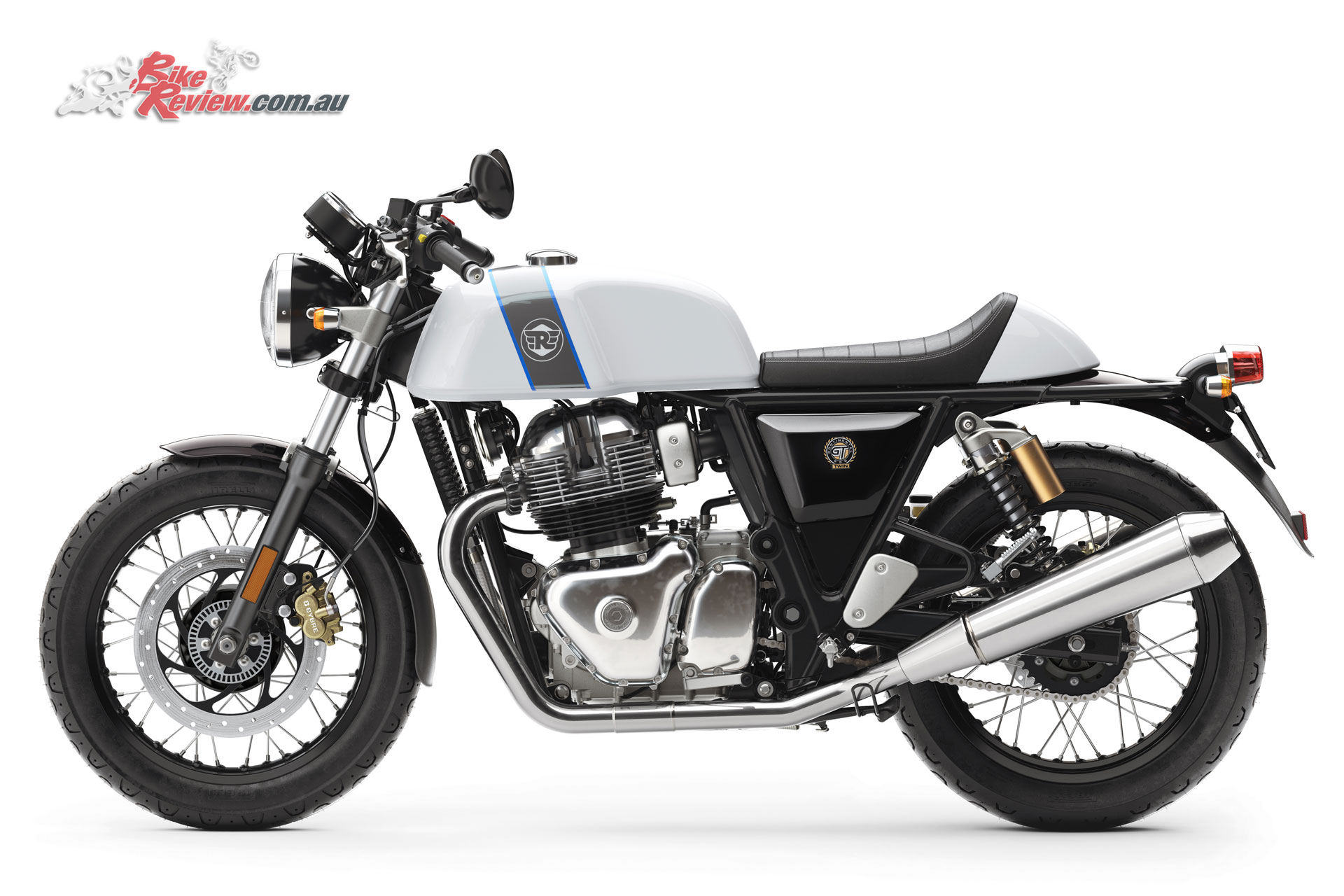 “Being authentic, accessible and creating motorcycles that are evocative, is at the core of all things we do. As a brand, we encourage our riders in their journey of self-expression and exploration. It is this idea that they relate to, even before they buy our motorcycles. The new 650 twins will help us strengthen this proposition further”, Rudy added.

Talking about the significance of the new twins in Royal Enfield’s global foray, Siddhartha said, “Royal Enfield aims to lead and expand the mid-weight (250-750cc) motorcycle segment globally. The Royal Enfield Interceptor INT 650 and Continental GT 650 will help grow this segment. While for our large customer base in India, the new 650 twins will be a compelling upgrade, we believe it will attract customers from other developing markets in SouthEast Asia and Latin America to graduate to the middle weight segment. In addition, the 650 twins will offer a very evocative option to customers in mature motorcycle markets such as Europe, Australia and North America. For us, this marks the beginning of a new chapter at Royal Enfield“ 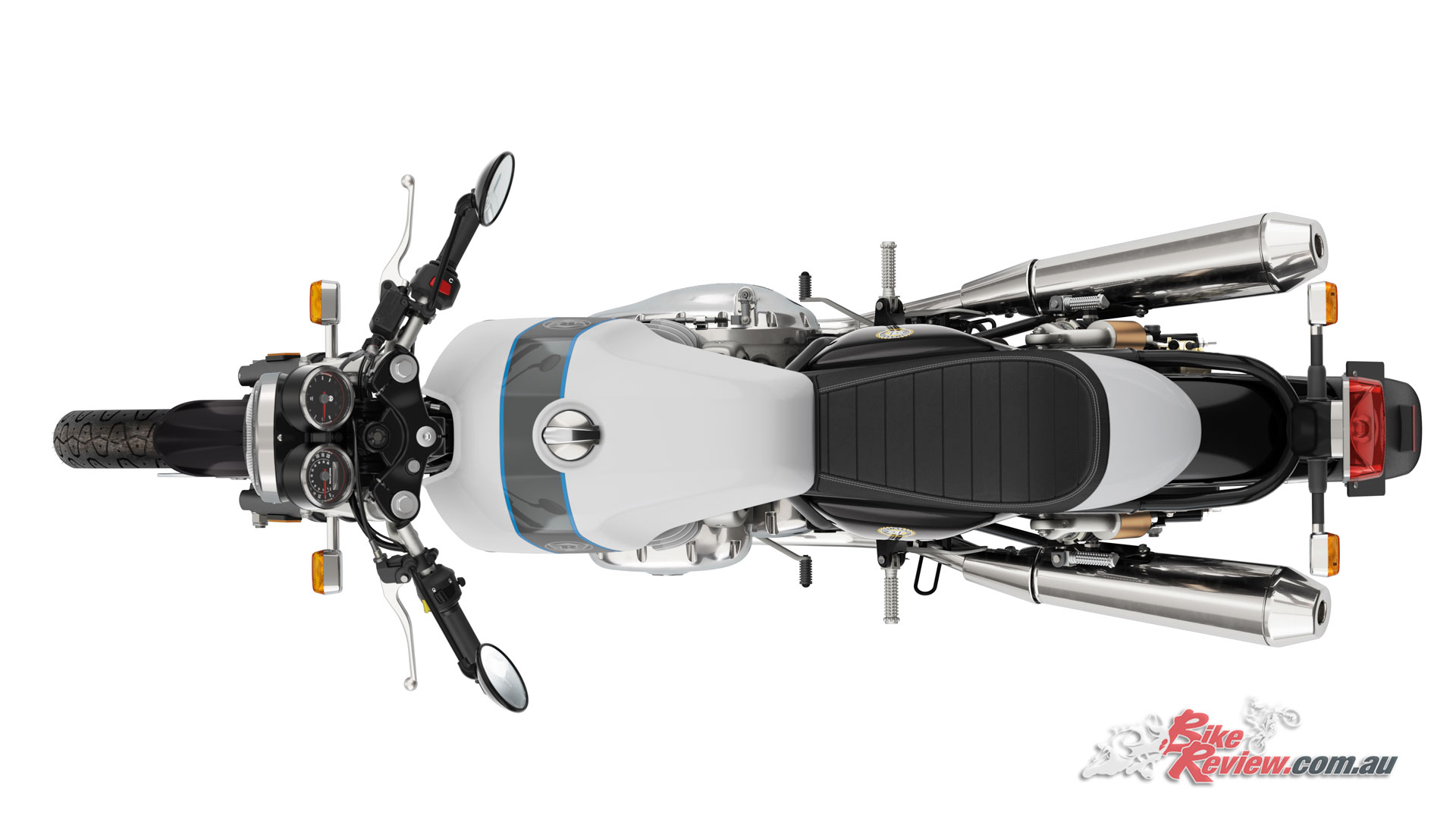 Both the Continental GT 650 and the Interceptor INT 650 will be available in variety of colourways and two distinct styles – Standard and Retro Custom. A total of 11 options have been developed with the objective of appealing to the discerning heritage seeking rider, just as much as the modern rider seeking a classic motorcycle.

While the Standard range of colourways take inspiration from the motorcycles of the 50’s and 60’s, the Retro Custom range is a bolder version of graphics and colours. The stunning Interceptor INT 650 in Orange Crush and the Ice Queen Continental GT 650 were displayed at EICMA today

Talking about the development process of the motorcycles Mr Simon Warburton, Head of Product Development at Royal Enfield said,“The new 650 twin engine and the motorcycles have been developed at Royal Enfield’s new UK Technology Centre with collaboration with the engineering and design teams in Chennai, India. The entire platform, including the engine and chassis, has undergone rigorous testing and validation process during the development programme at world-class proving grounds with professional riders. It has been subjected to lab and bench tests, in addition to being tested on race tracks and public roads. 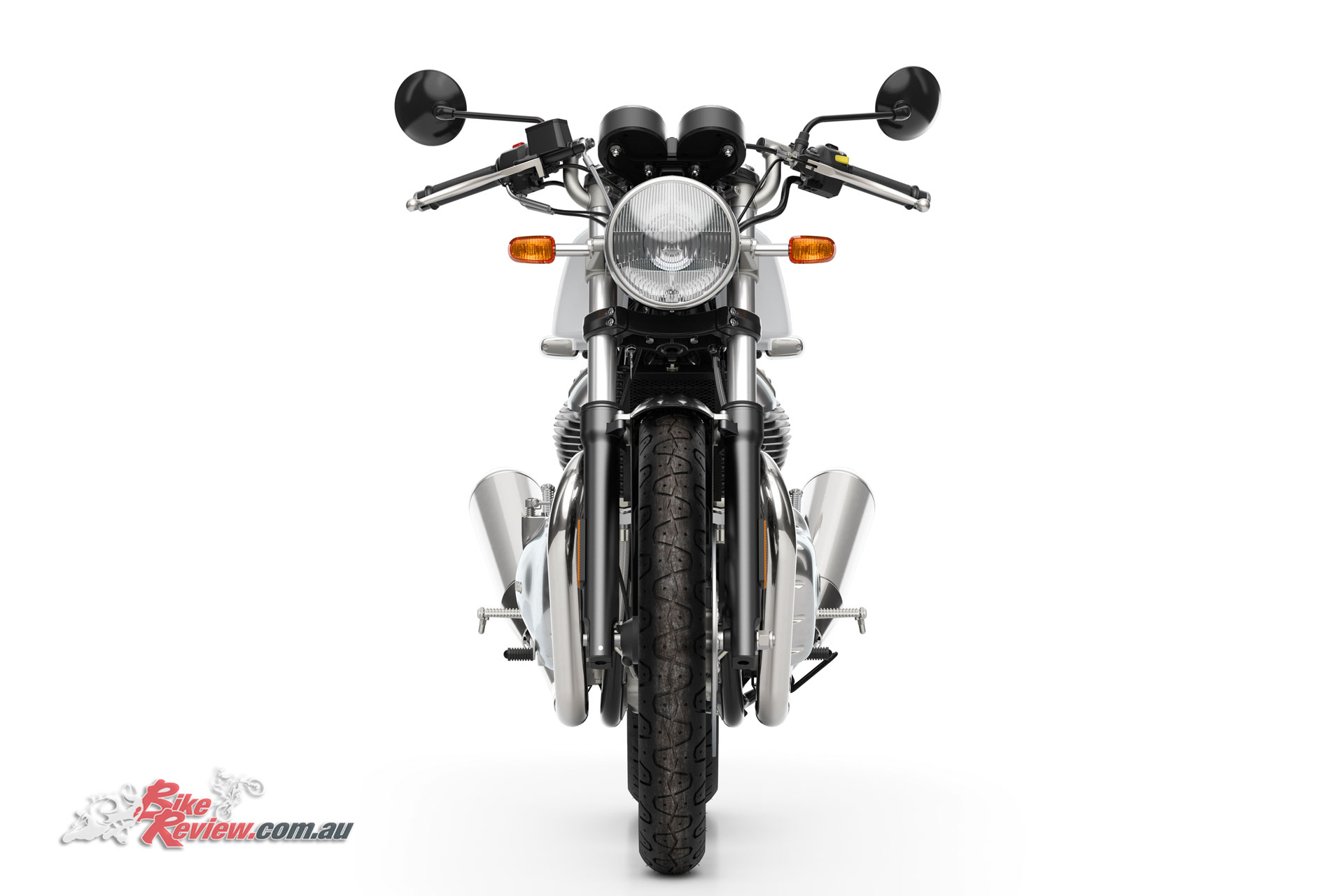 “With over one million kms of testing prior to production, more than 70 different tests have been conducted on the vehicle and individual chassis components. Modern CAE techniques and CAD systems have been applied during the development of the chassis and comprehensive data logging and analysis have been undertaken. The gearbox has undergone extensive test miles, resulting in an optimum shift feel, reliability of engagement, quiet notch-free selection and perfect ratio spacing. These motorcycles have been tested for real world riding conditions in both Europe and India” 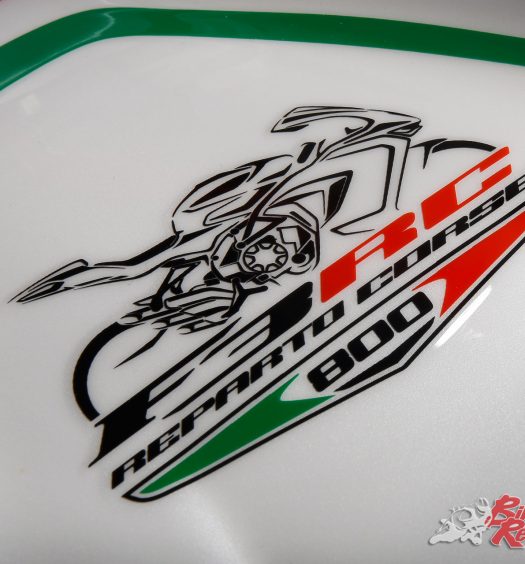 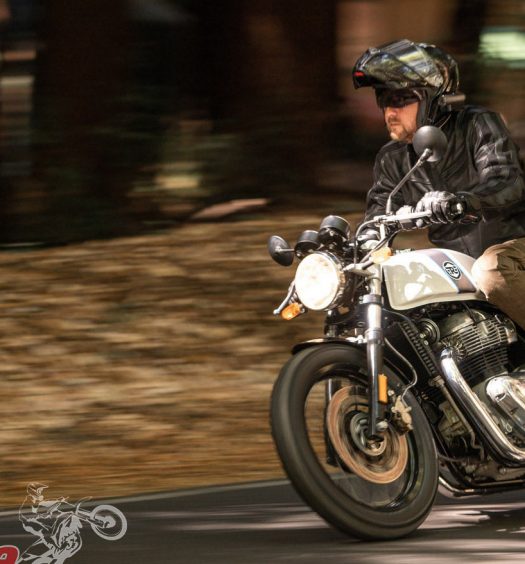