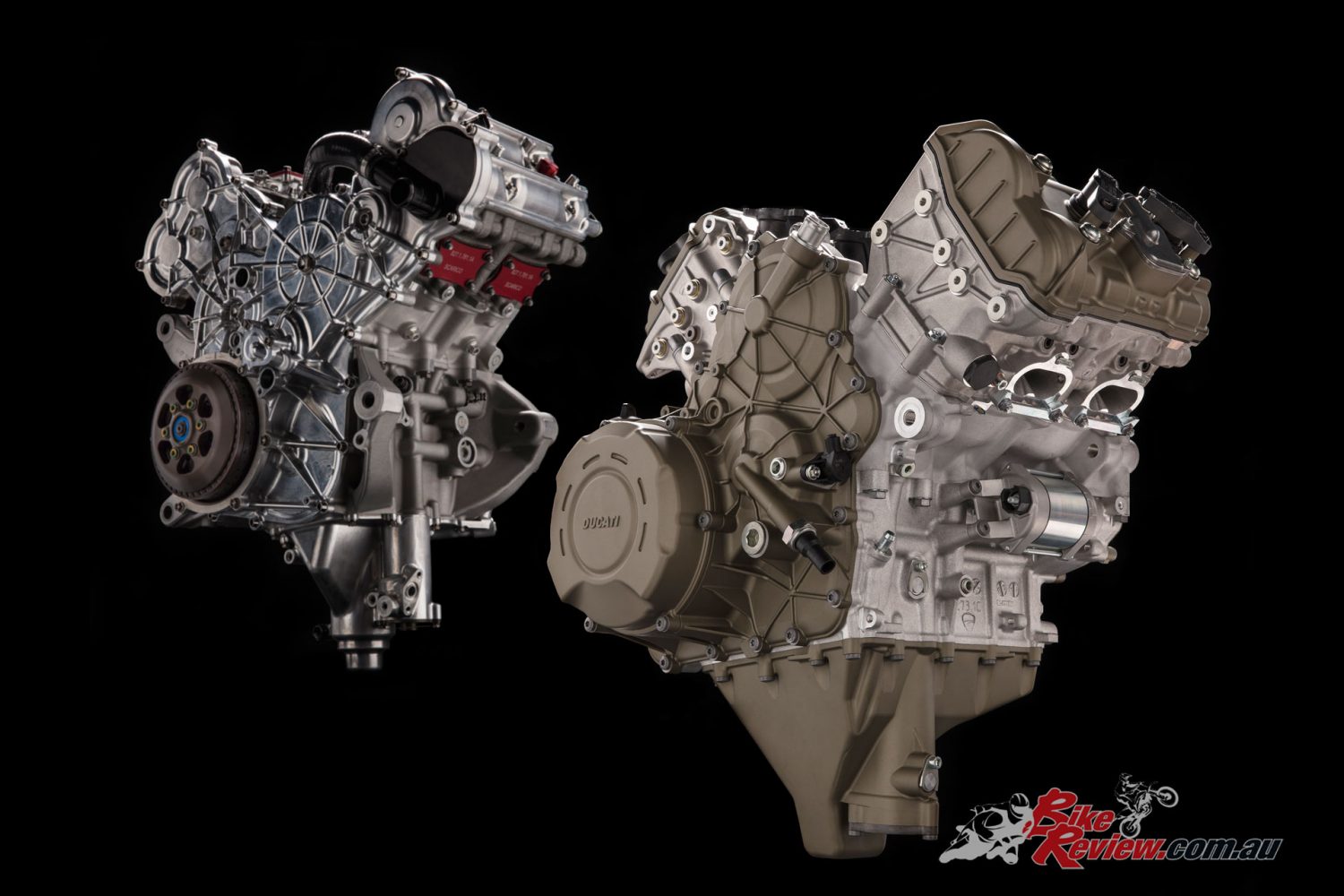 Ducati unveil their new Desmosedici Stradalepowerplant , a new 90° V4 engine designed to power the Ducati supersport models, with the Panigale V4 to be revealed at EICMA in November

A new engine directly derived from the Desmosedici GP will soon to go into production, featuring Desmodromic timing, a counter-rotating crankshaft and Twin Pulse firing sequence, with the new Ducati Panigale V4 to be unveiled November.

Out of the experience gained in MotoGP, where the 4-cylinder Desmosedici unleashes incomparable performance, comes a new 90° V4 engine designed to power the Ducati supersport models of tomorrow. In transferring the technology of its most cutting-edge power unit from racetrack to road, Ducati offers customers performance levels honed by years of MotoGP experience.

Called the Desmosedici Stradale, this engine is set to become yet another Ducati milestone: it will be the first time ever that the Bologna-based motorcycle manufacturer has equipped a standard production bike with a 4-cylinder engine. 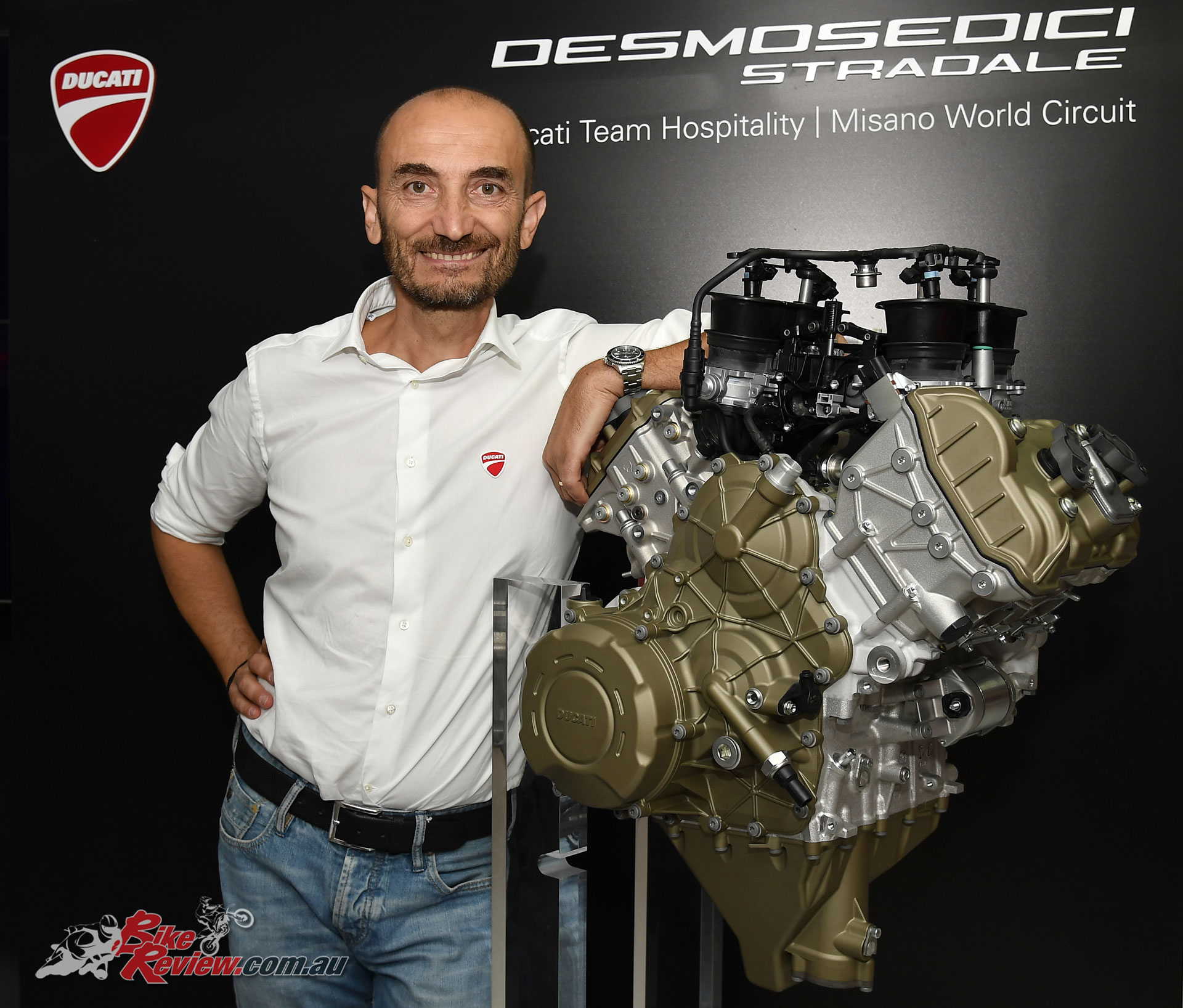 The official unveiling took place in Misano during the San Marino and Rimini Riviera GP, the thirteenth round of the 2017 MotoGP championship. A perfectly natural setting for the presentation, as MotoGP is the proving ground from which the new engine has drawn experience, technology and grit.

“It’s with undiluted pride that we unveil this technological gem. It represents the start of a new chapter for our company, underlining our vitality and an unshakeable commitment to investment in new products”, stated Claudio Domenicali, Ducati’s CEO, during the presentation of the Desmosedici Stradale. “This engine also highlights the close collaboration between Ducati Corse and the factory bike development team, proving just how instrumental racing can be in developing the technology that is later applied on production bikes. In November, at EICMA, we’ll be showcasing the new Panigale V4, an all-new motorcycle powered by this extraordinary engine”. 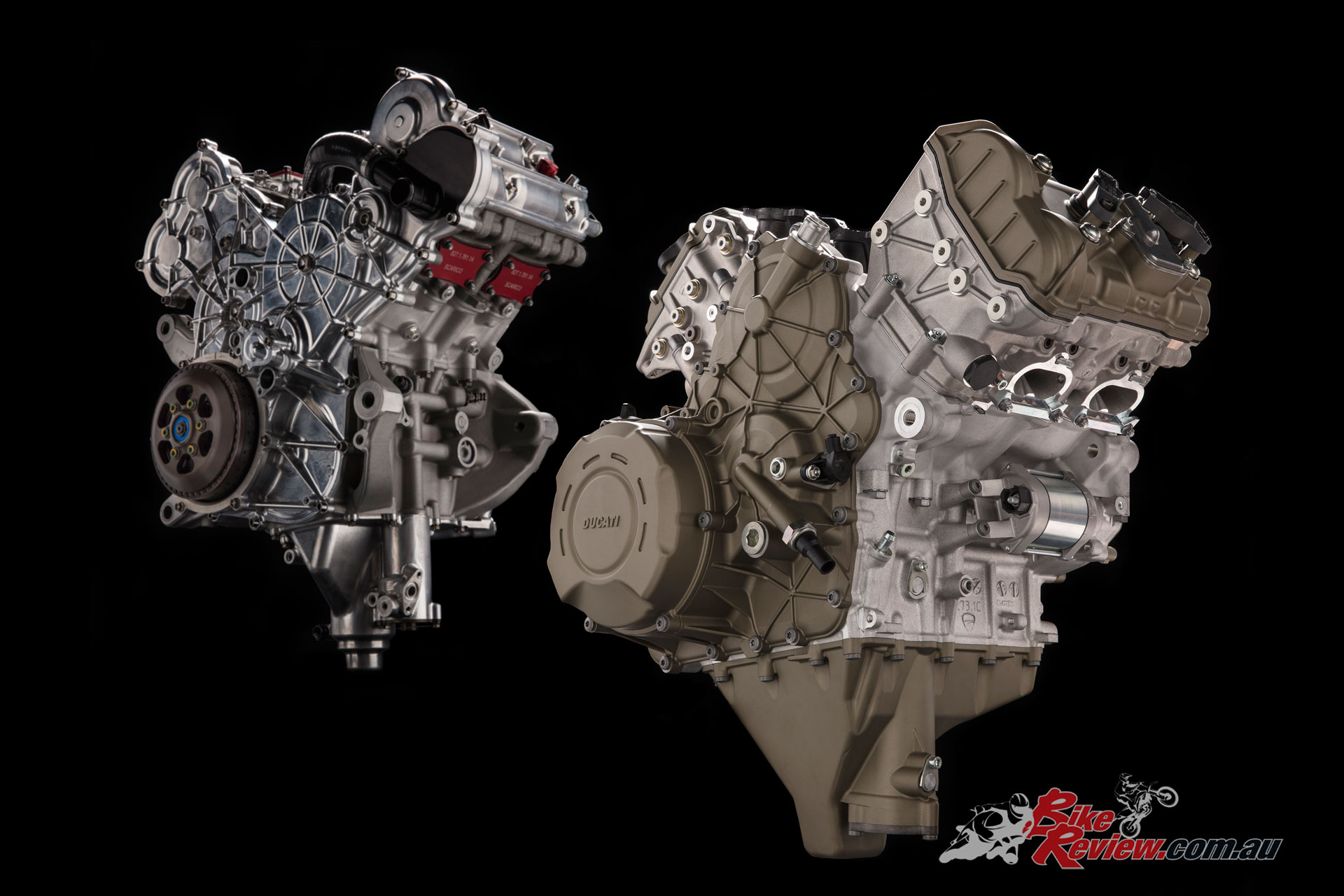 While the Desmosedici Stradale engine is undoubtedly suited to the track, it has also been designed to respond to the needs of the road rider. For example, to maximise mid-range torque – essential for a satisfying road experience – and ensure punchy torque and power at lower revs, the engine has a slightly larger displacement than its MotoGP counterpart (1103 cm³, to be precise).

An R version with a displacement of less than 1000 cc – which revs higher and is intended more for track use – is currently at the advanced development stage. This will provide the foundation for the homologated version that competes in the Superbike championship, where this engine will be used starting in 2019 (one year on from the launch of the respective road version, as per the Ducati tradition). 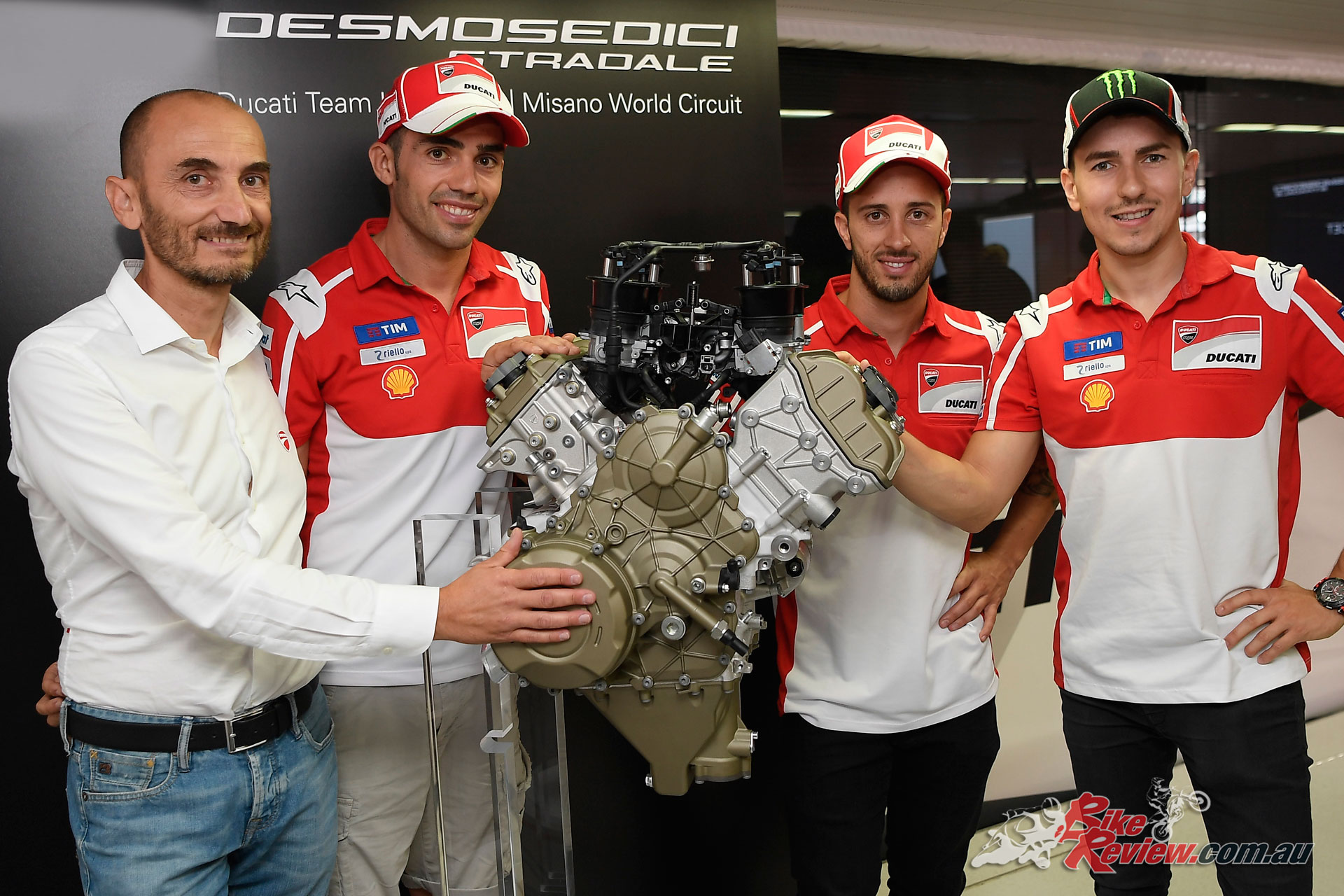 As on the Ducati bikes used in racing, the crankshaft is of the counter-rotating type. This reduces the overall gyroscopic effect and makes the bike faster and more agile when changing direction.

A 90° V4 configuration makes the engine extremely compact, allowing centralisation of mass and smoothing incorporation on the vehicle. The Desmosedici Stradale has, in fact, been inserted on the motorcycle with the front cylinders banked 42° back from the horizontal, just like the Ducati engines employed in MotoGP. This, of course, optimises weight distribution, allows the adoption of larger radiators and brings the swingarm pivot point forwards.

Its architecture also evens up first order forces naturally without the added weight and power loss that a balancing countershaft would involve. 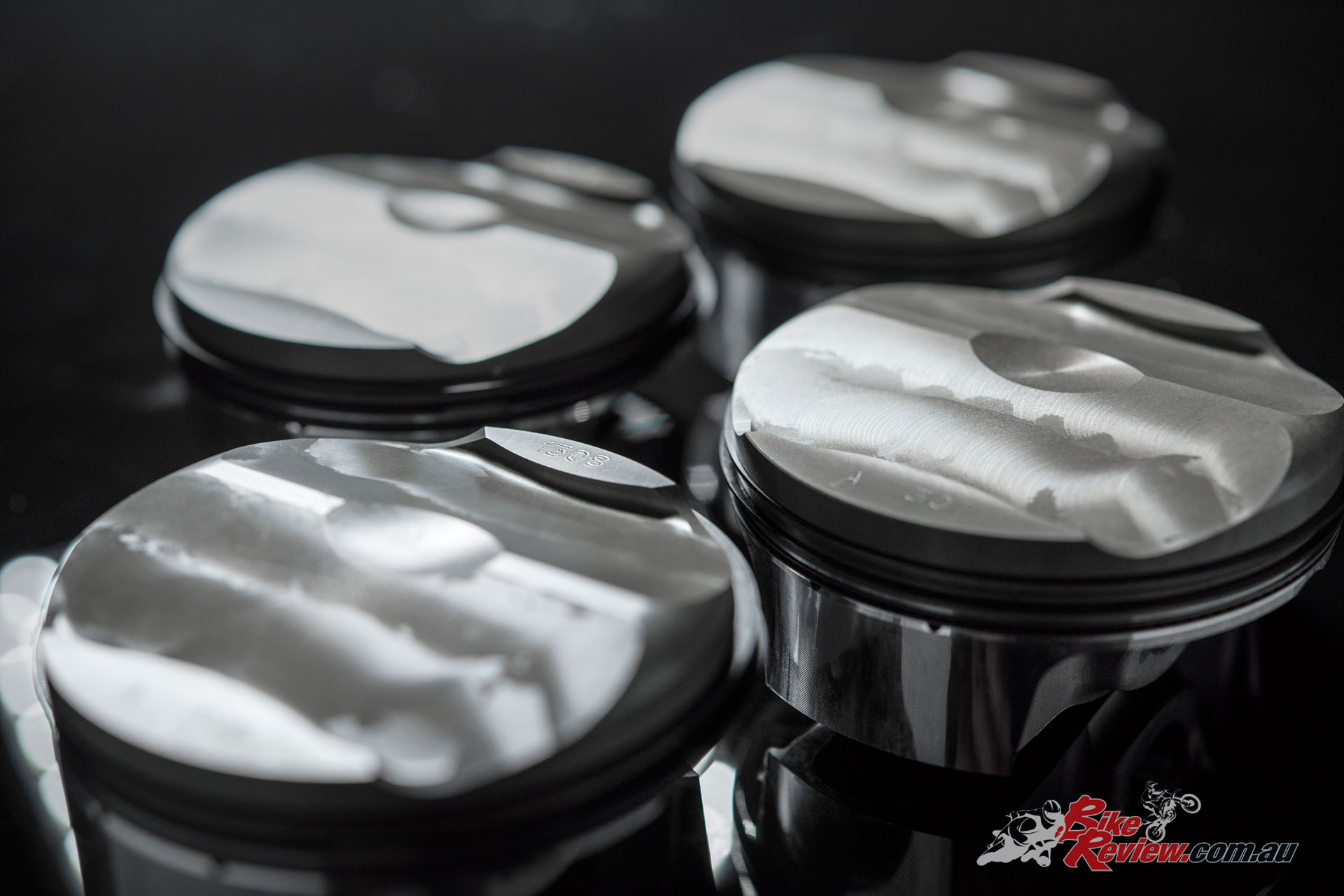 As in MotoGP, the engine was designed with an 81 mm cylinder bore. This measurement reflects the maximum limit allowed by MotoGP rules; it’s also the highest in the 4-cylinder supersport segment.
Using the same bore as the Desmosedici GP engine means both power units share nearly identical in-engine fluid dynamics (i.e. on valves, intake ducts and throttle bodies, right where the power is produced).

Needless to say, the new engine is designed around the Desmodromic system, a key characteristic that helps make Ducati prototypes the fastest in MotoGP. On this high-revving engine the “Desmo” system achieves a degree of sophistication, lightness and compactness never before seen on a Ducati. 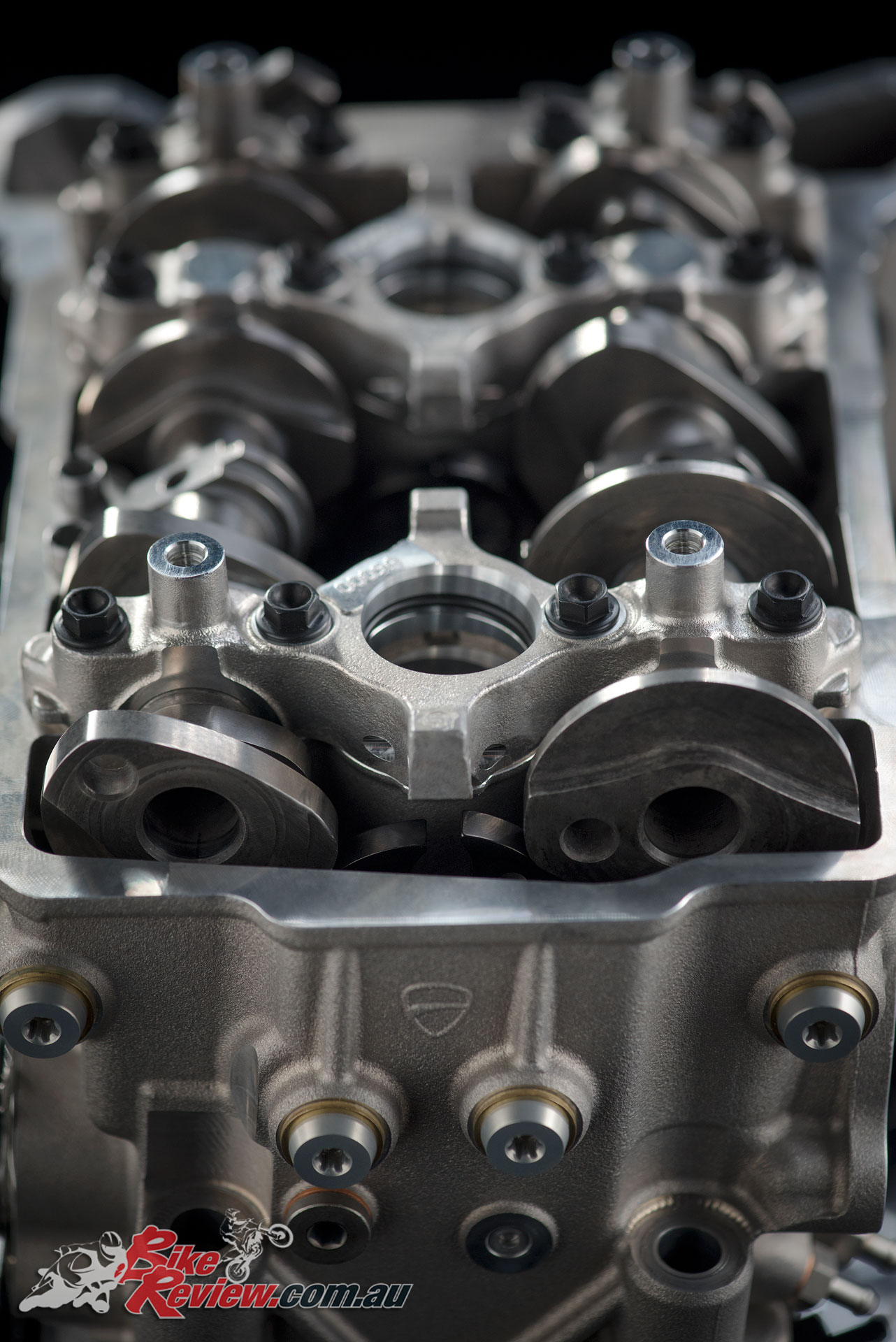 Variable-height air intake horns constitute another first for a Ducati factory bike, optimising cylinder intake across the rev range and giving significant advantages in terms of power delivery and handling. Completing the fuelling system are the oval throttle bodies, each equipped with two injectors: one above the butterfly and one below it.

This package of cutting-edge technical solutions – absolutely unique within the Supersport segment – makes the Desmosedici Stradale an engine like no other in the motorcycle world. 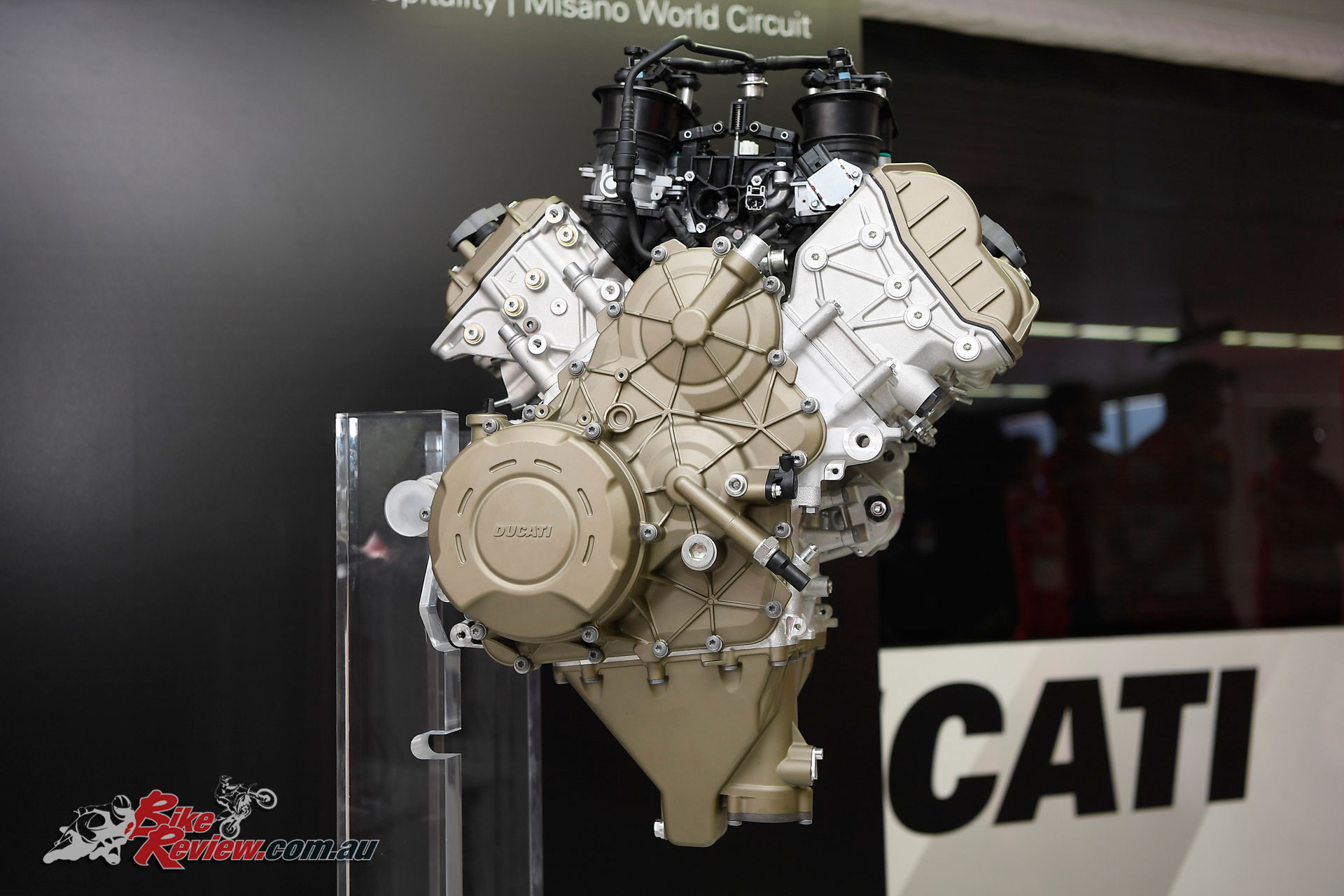 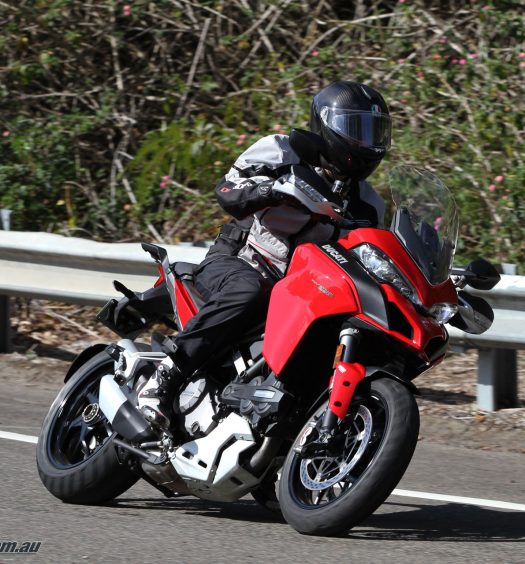 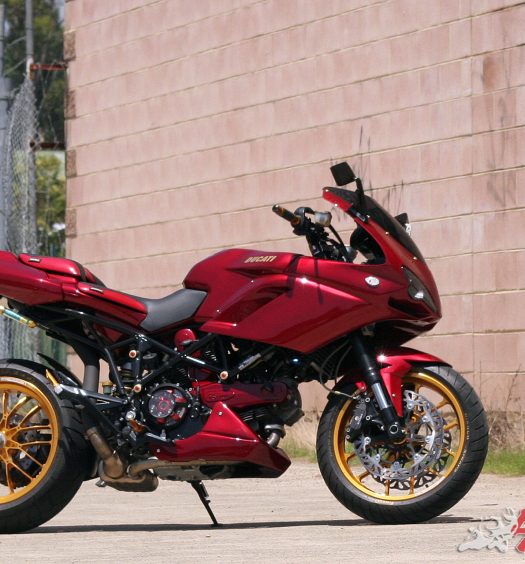