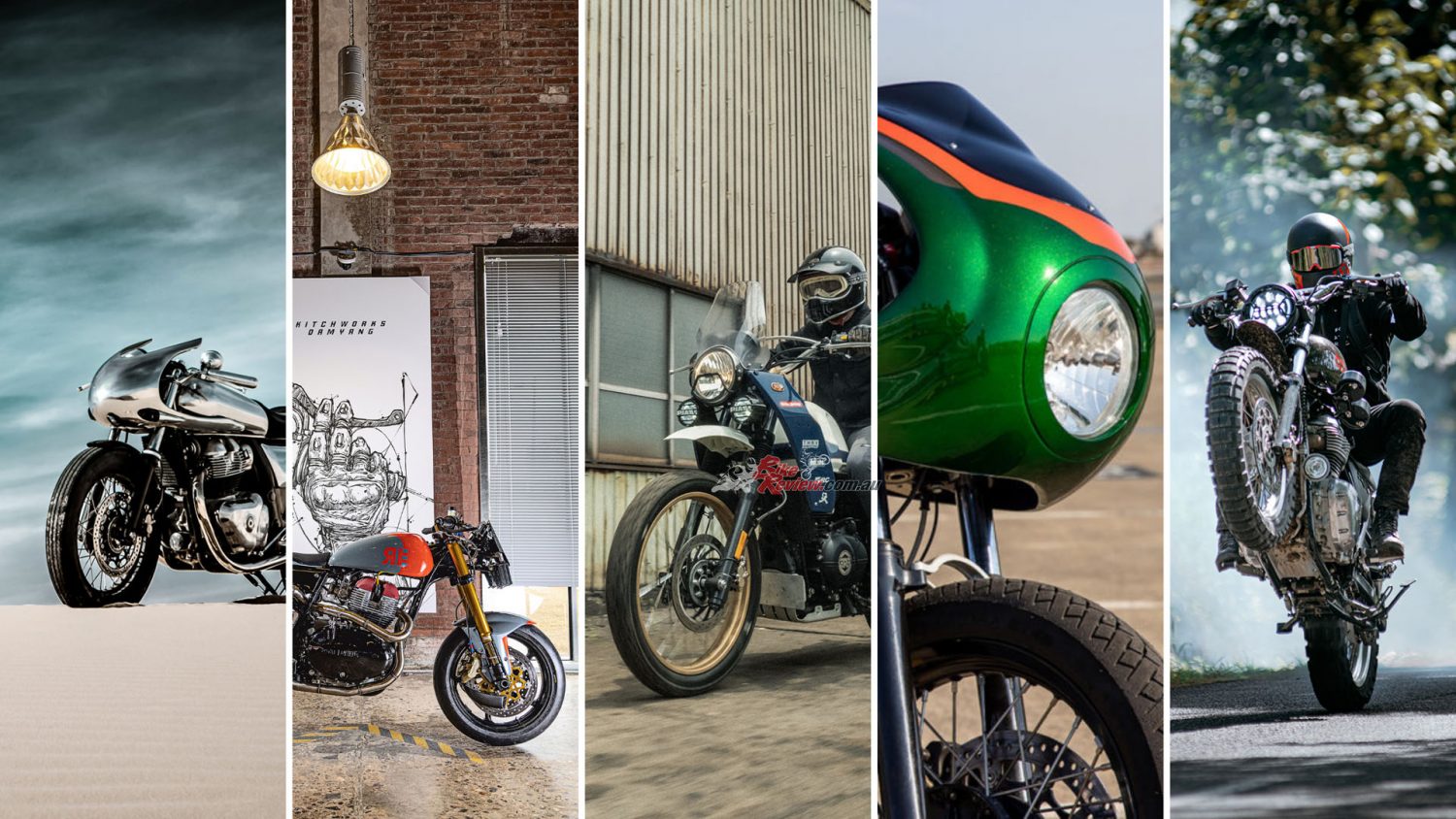 Check out these customised Royal Enfield beasts by Den Dimas, Smoked Garage, Bandit9 and Crazy Garage. They are enough to make us want to get our own Interceptor on the bench!

With COVID-19 allowing everyone to spend more time in the sheds, we have been seeing some amazing custom builds pop up. Royal Enfield showed off some of their favourites from the past six months in their Royal Enfield owners community. 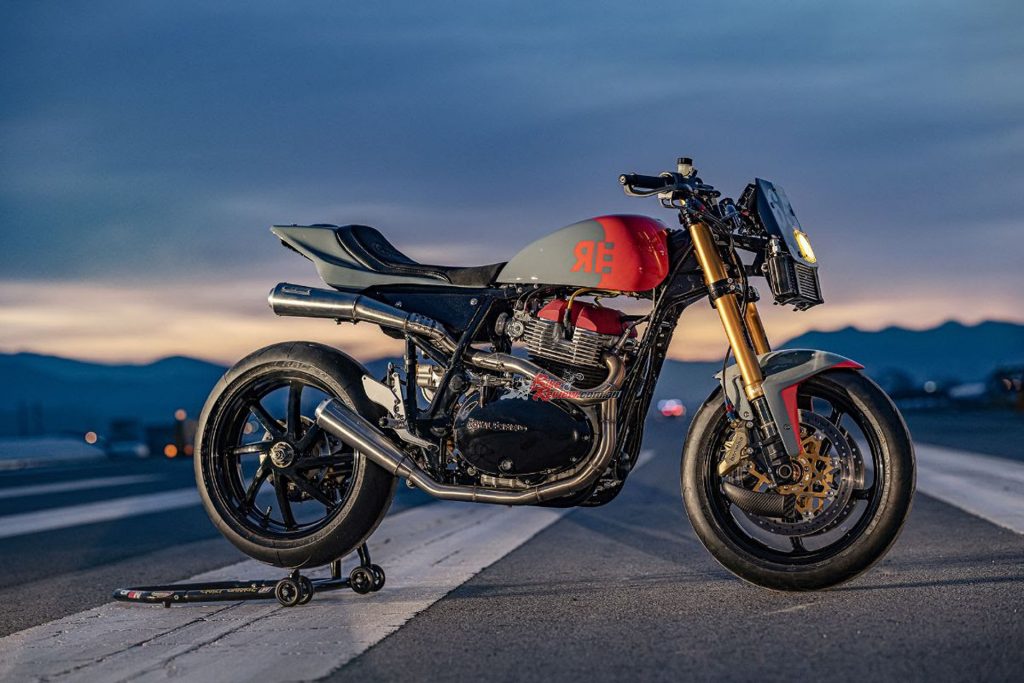 Ready to hit the track, Crazy Garage have almost completely rebuilt this Continental GT from the ground up.

This custom Royal Enfield is uniquely differentiated in its style, keeping the original DNA of the Continental GT, and ready to take to the track! It includes high comp pistons, a hot cam, and a heavy-duty clutch. Fuelling is controlled by a Dynojet Power Commander with autotune, which also compensates for the airbox removal and the custom free-flowing exhaust system. There’s a Dynojet quickshifter to keep the power hitting the back wheel. It’s combined with a quick-action throttle, and a handlebar switch that allows the rider to change the ignition map quickly and easily. 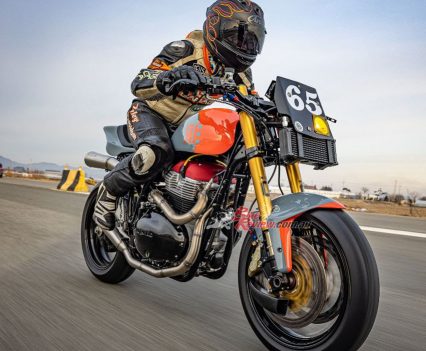 A Continental GT in disguise. 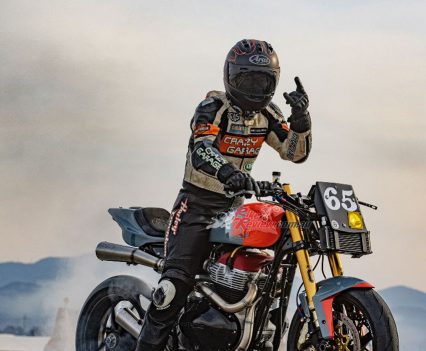 Bandit9’s Jaeger Kit A kit for the Continental GT 650 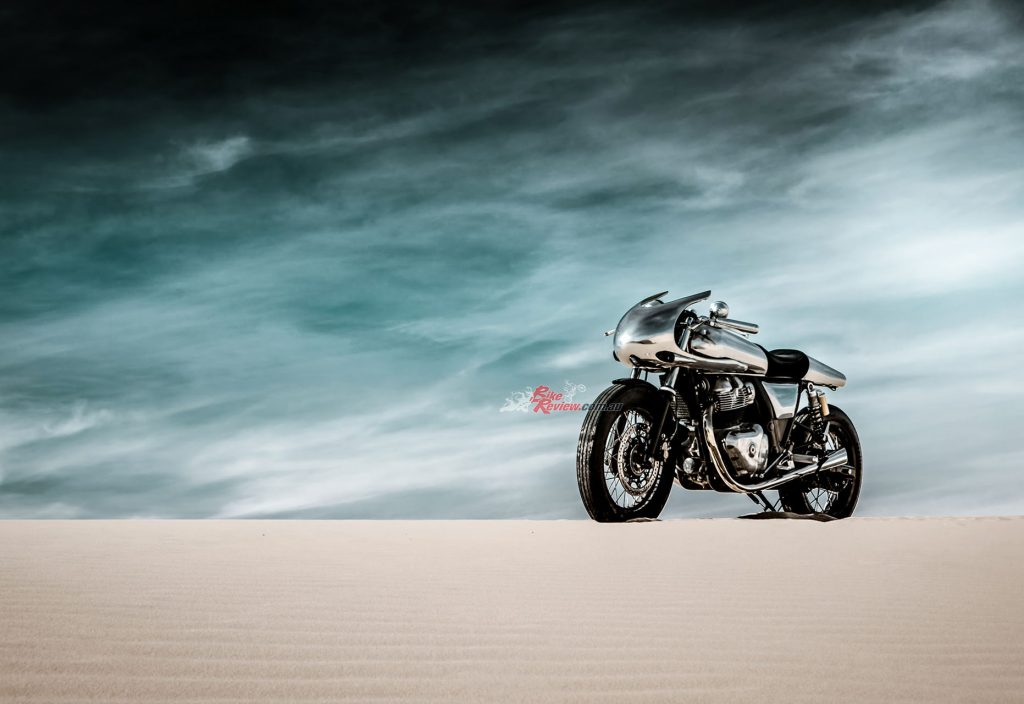 This eye-catching kit includes a heap of parts to make your Royal Enfield look like something off the salt-flats. 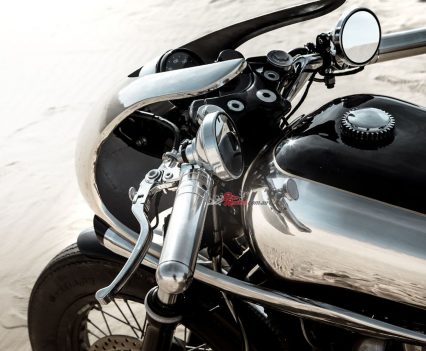 Made to suit the Continental GT. 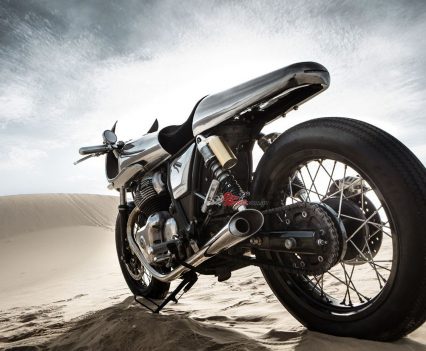 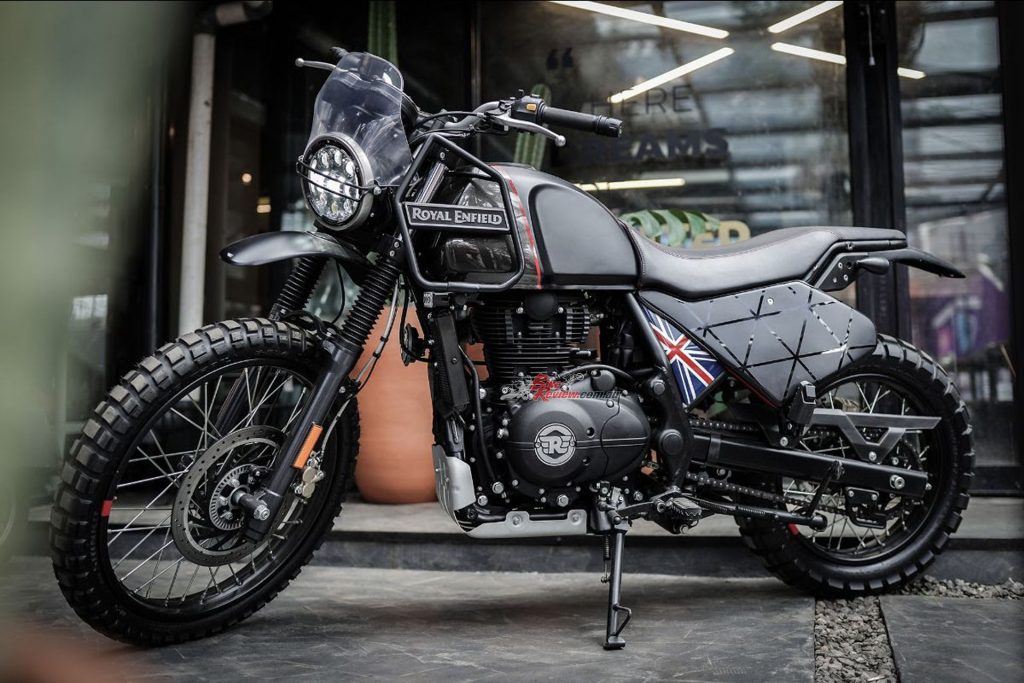 The OFF/GRID edition has been built on Royal Enfield’s Himalayan and Interceptor 650 models, designed to combine a pure riding experience with Smoked Garage’s creative vision. The inspiration was to create motorcycles that encourage riders to get out and get away from a year of lockdowns and computer screens. They look pretty good. 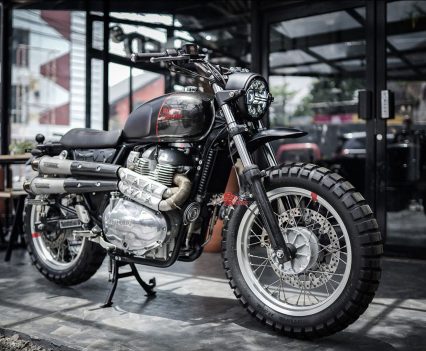 Smoked Garage’s kit on the Interceptor 650. 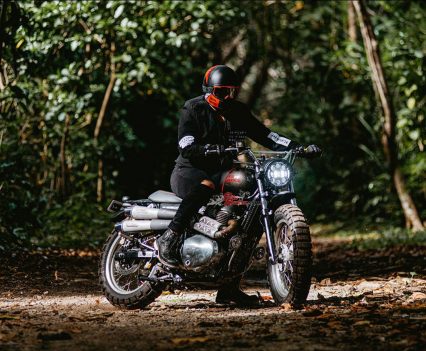 Designed to get people off-road. 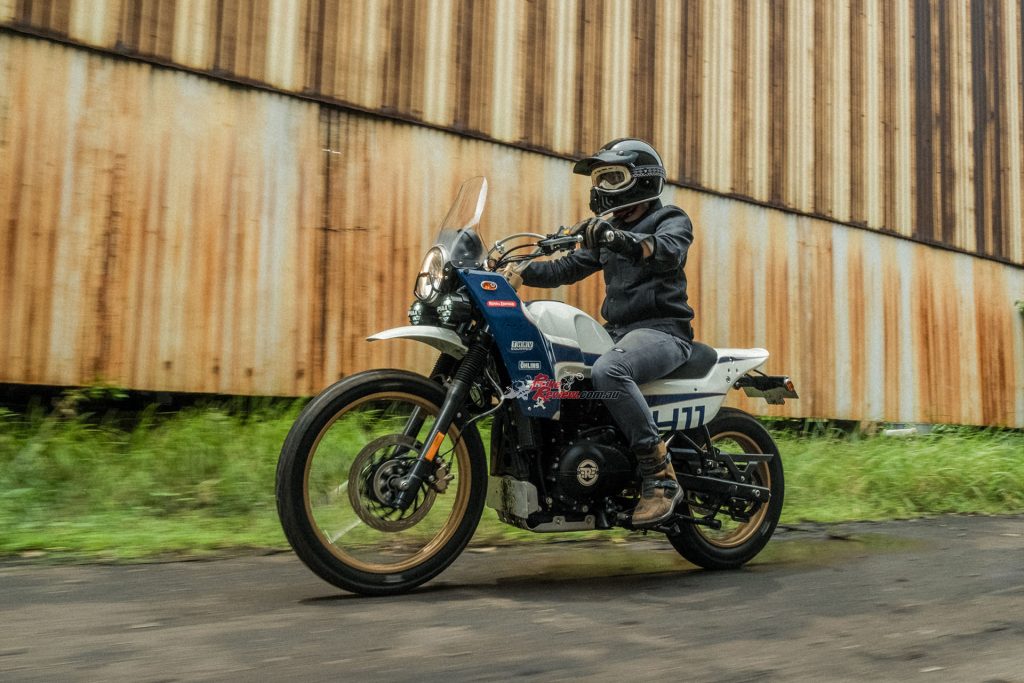 The Gemini T14 was based on the Himalayan under the Bolt On Build project in Indonesia.

The Gemini T14 is the very first build under the Bolt On Build (BOB) Project from Indonesia built by Den Dimas. Den Dimas is one of the most influential YouTube Content Creators on teenage automotive enthusiasts in Indonesia. Den Dimas reached out to custom builder Thrive and commissioned a bolt-on kit that Thrive can now sell to anyone. The Bolt on parts forgo any chopping, cutting or welding that gives a new look to the base motorcycle. 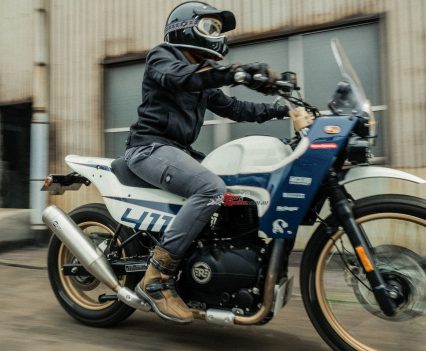 A great build by the YouTubers in Indonesia. 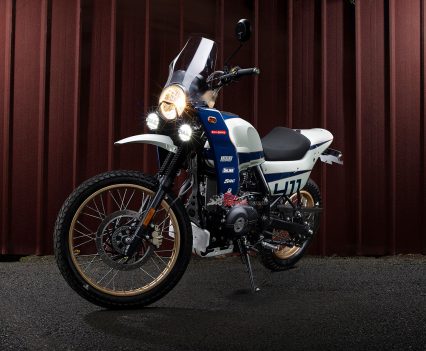 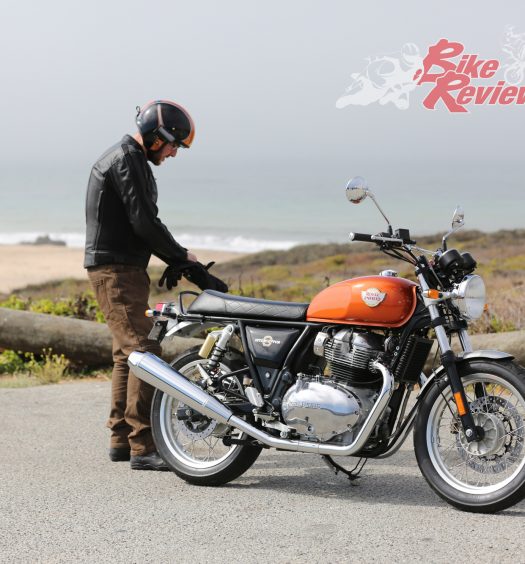 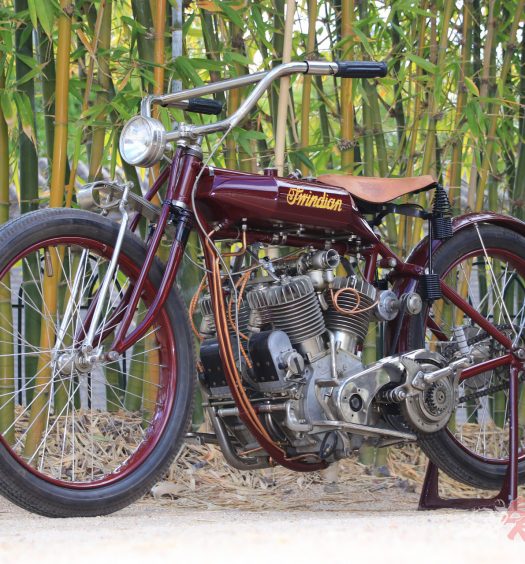