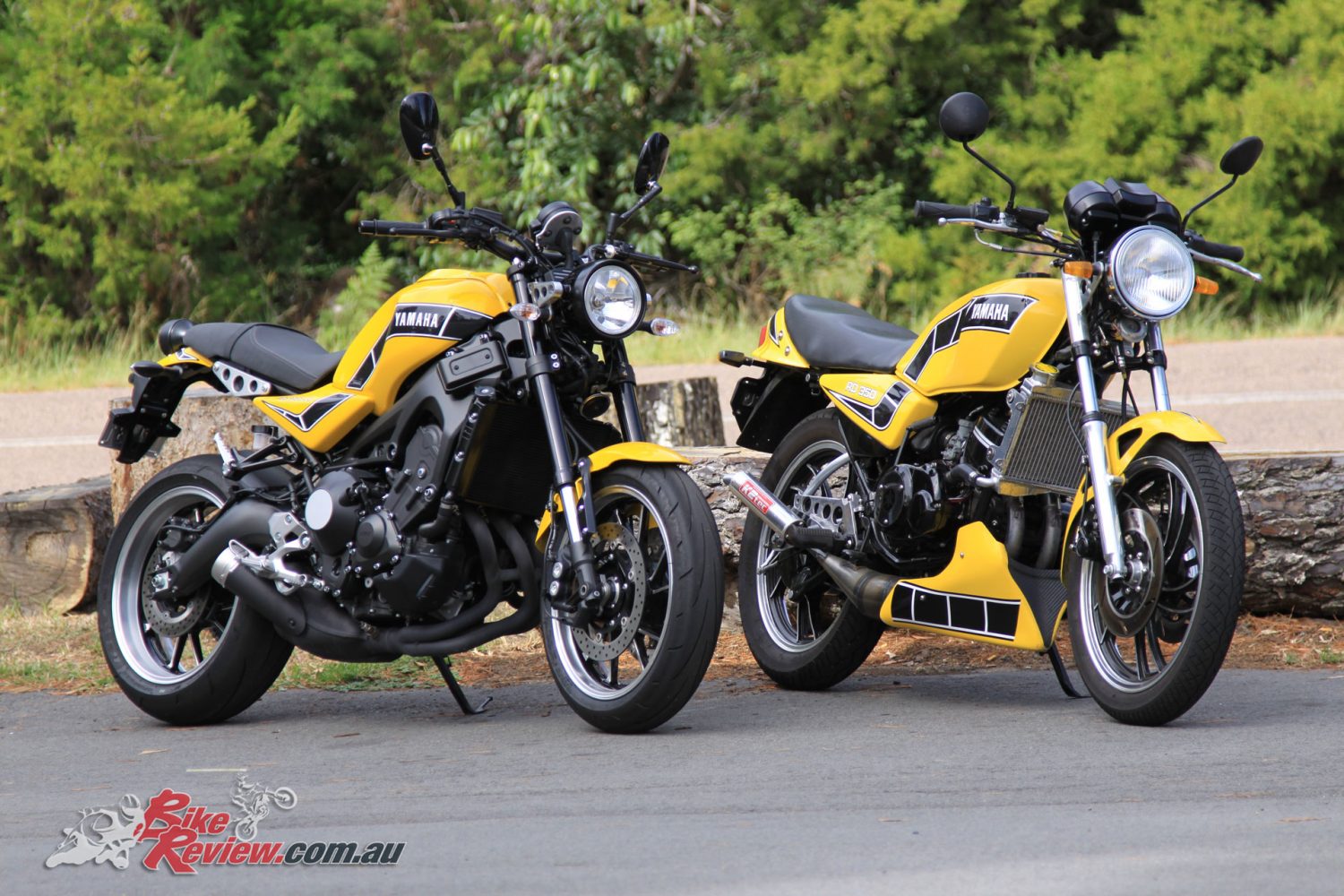 OK, so it is 18-months since my last column. I’ve been flat out and had to dedicate some important time to family, but I’m back rambling again!
Have you got some spare cash? If so, then as you’re reading this online conglomeration of words pertaining to the world of the powered two-wheeler, then there’s every chance that you’ll be spending that spare bit of hard-earned on your bike… 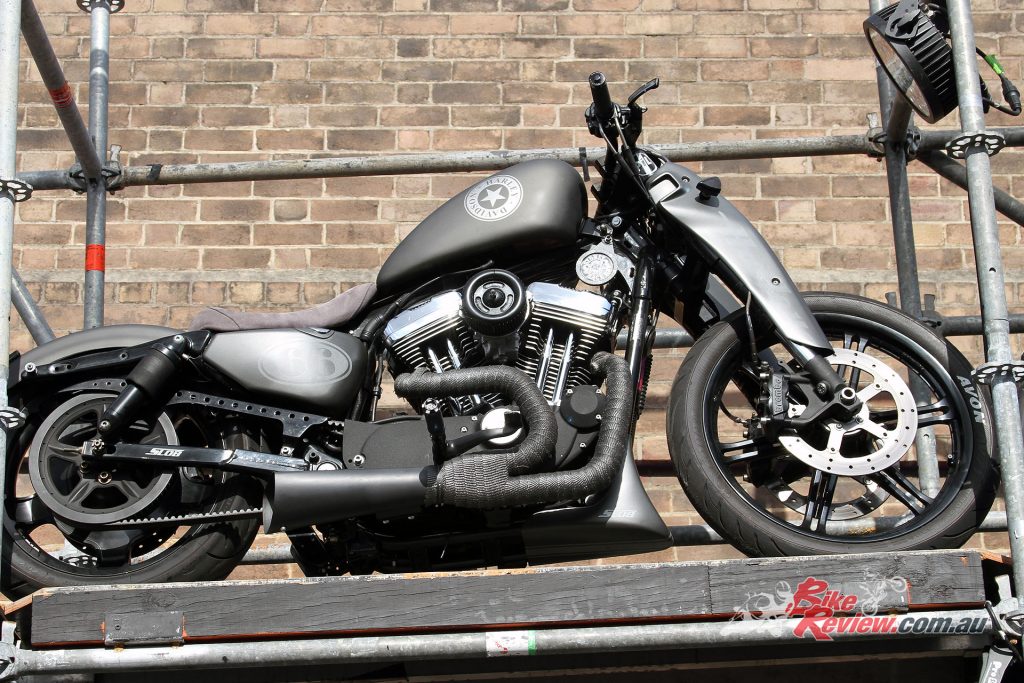 While I appreciate that it is most certainly not my place to tell you what you should, or shouldn’t, be spending your money on, I feel that there’s something of an epidemic of mis-spending in the world of customised motorbicycles. Before you jump to the defence, just let me point out that that is something of a generalisation (let’s face it, pigeon-holing everyone is the modern world’s way, and seemingly the raison d’etre for any form of media reportage of anything), and probably shouldn’t be written in such a way that it focusses on the sort of person who might be reading this column – i.e someone who actually knows what they’re talking about when it comes to modifying bikes properly. No, the epidemic of which I talk is that of the mainstream motorcyclist who wants to own a bike that is different to the norm, who has heard of ‘custom bikes’ and who has seen that there are ways of customising bikes by purchasing parts for the bike in question, either from the original bike manufacturer or from an aftermarket third party. 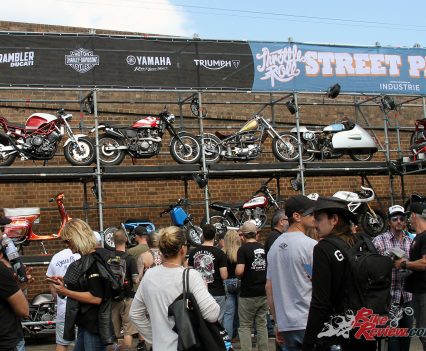 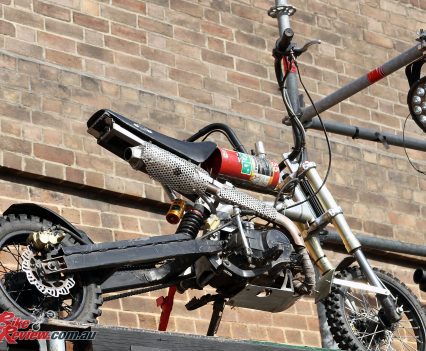 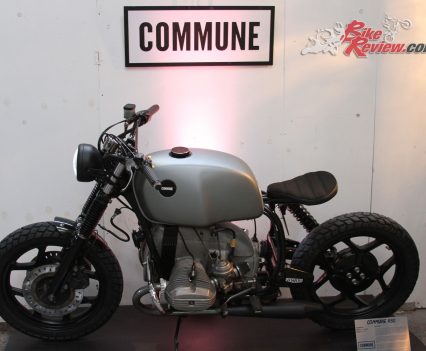 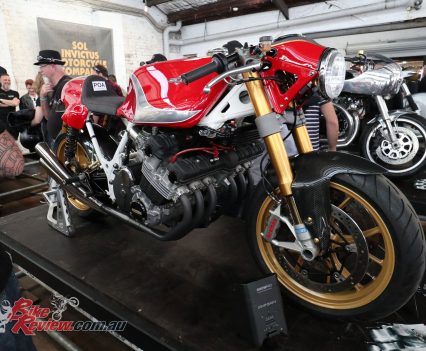 The person in question may have a fair knowledge about bikes, but not perhaps had the experience of actually getting hands-on with a custom bike build. Take, as an example, this fictitious statement –

“Oooh, look Edith, that fella’s got one of them there Öhlins Road & Track front forks in his CX500! He must be well-wedged up! And that little Honda must handle like a MotoGP bike!” 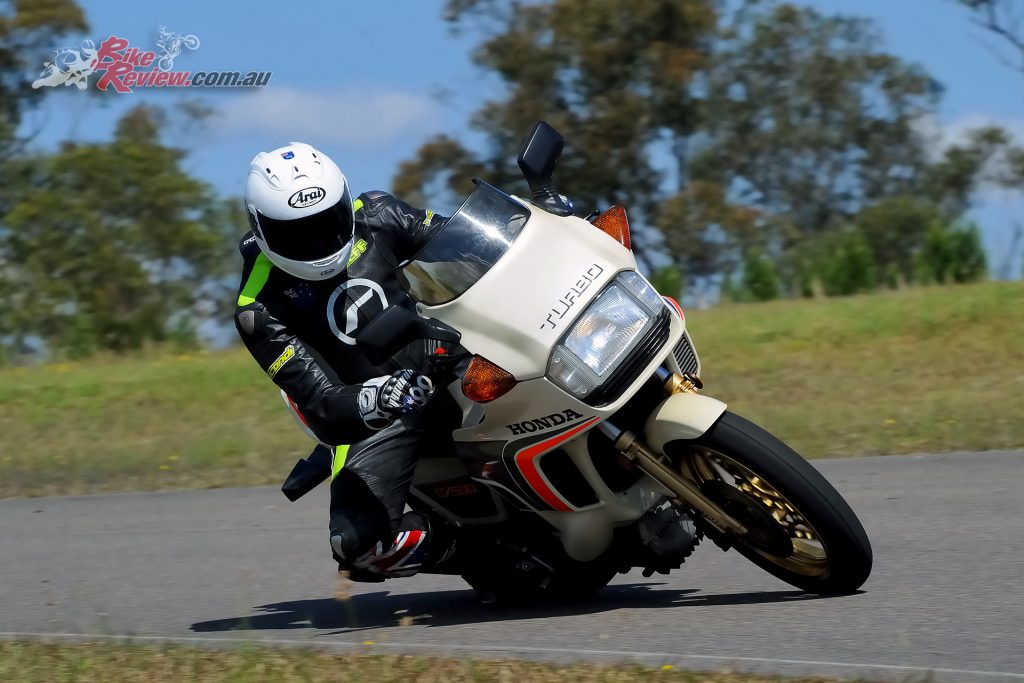 Whereas the truth is probably that the (equally fictitious) chap in question is totally skint (why else would he buy a CX500 in the first place?) and the bike will handle like, well, like a butchered CX500 – i.e better than a standard one, but still far worse than anything outside of a V-Max with shagged swingingarm bearings and cross-ply tyres.

The observer knows high quality Swedish suspension when he sees it, but knows not that it’s something of a waste of time fitting it to Honda’s ubiquitous water-cooled commuter hack. The danger is that, in seeing such a modification, it is perceived as being a Good Idea. Now, high quality suspension components ARE a good idea, providing that the vehicle in question is good enough to justify it. It’s often the case that money could be spent on far more effective items than glitzy bling that have no more effect than showing that the owner has easy access to space cash. And we’ll not go into the related phenomenon that sees people with absolutely zero in the way of riding talent buying themselves a very fast and proficient bike and showering it with go-faster goodies despite the fact that the person in question won’t ride it for any great distance, and only at speeds of under a mile a minute… Yes, they are out there. 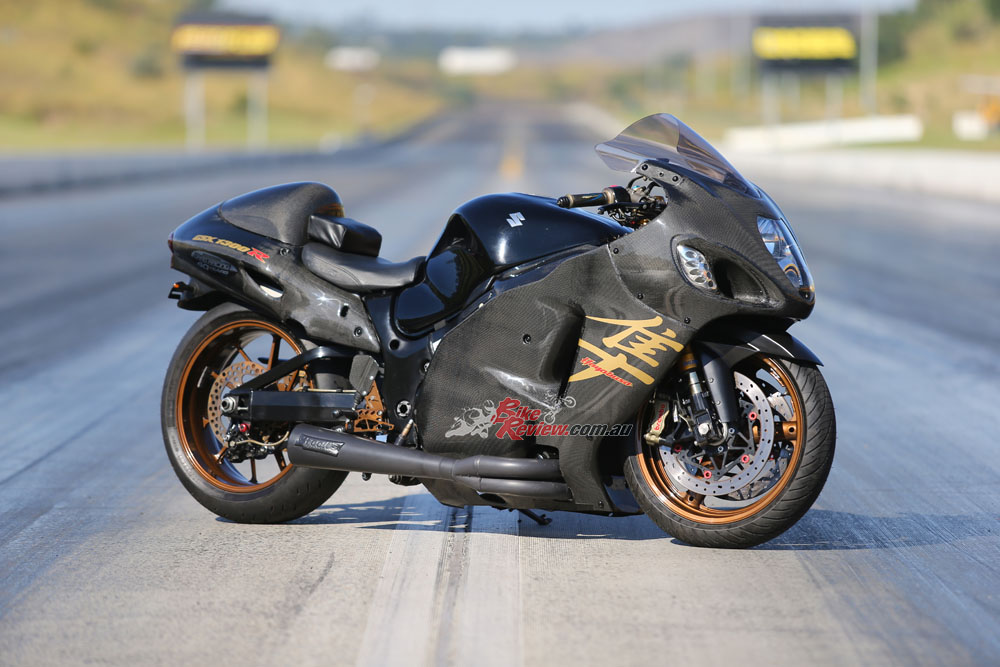 Another ideal example is that of over-exuberant paint schemes that empty the wallet, impress small boys and make the owner paranoid about scratching it. There’s nothing wrong with spending a small fortune on high quality paintwork, as long as it’s after the really important things have been addressed. Coincidentally, those folk who spend huge sums on over-the-top paint are often the self-same chaps who ride not very far, not very fast.

There’s little doubt that much of the issue here is of people buying ‘high profile’ parts, rather than high performance parts. Okay, so some of the high profile parts do also perform very well indeed – and the Swedish suspension components mentioned earlier are a prime example – but the issue is that they’re being bought because they are bling. Because they attract attention.  For me, that’s a little ‘out-of-focus’, as I’m more interested in actually making the machine perform to a higher standard than actually just look cool. As an example, my Zed project has early ZXR forks fitted, which were well known, at their time of production, as being one of the best front-ends fitted to a production bike, although they don’t look as radical as radially-braked upside-down forks, but I’ve had them re-valved and resprung, and fitted them with Yamaha ‘Bluespot’ calipers and a magnesium Dymag wheel. Those who know what they’re looking at will realise that it’s actually quick a trick front-end, yet it still suits the bike, being a conventional, right-way-up fork. 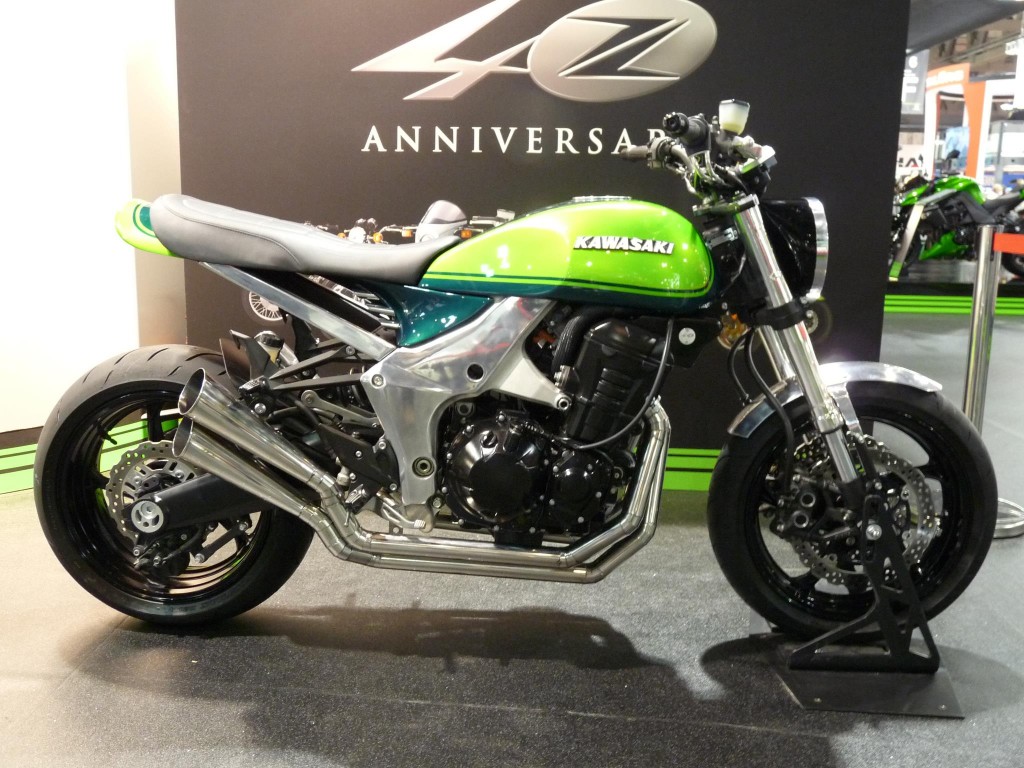 I often quote the saying, ‘walk quietly, and carry a big stick’, with the intimation being that you shouldn’t shout about having a really fast, superb-handling machine if you can’t ride it worth a crap, and nor should you have lots of shiny race-spec equipment that costs more than the debt of a small African nation on a bike with an engine that’s incapable of pulling the skin off of a rice pudding. That’s nothing more than wasted money, wasted time, and wasted effort. 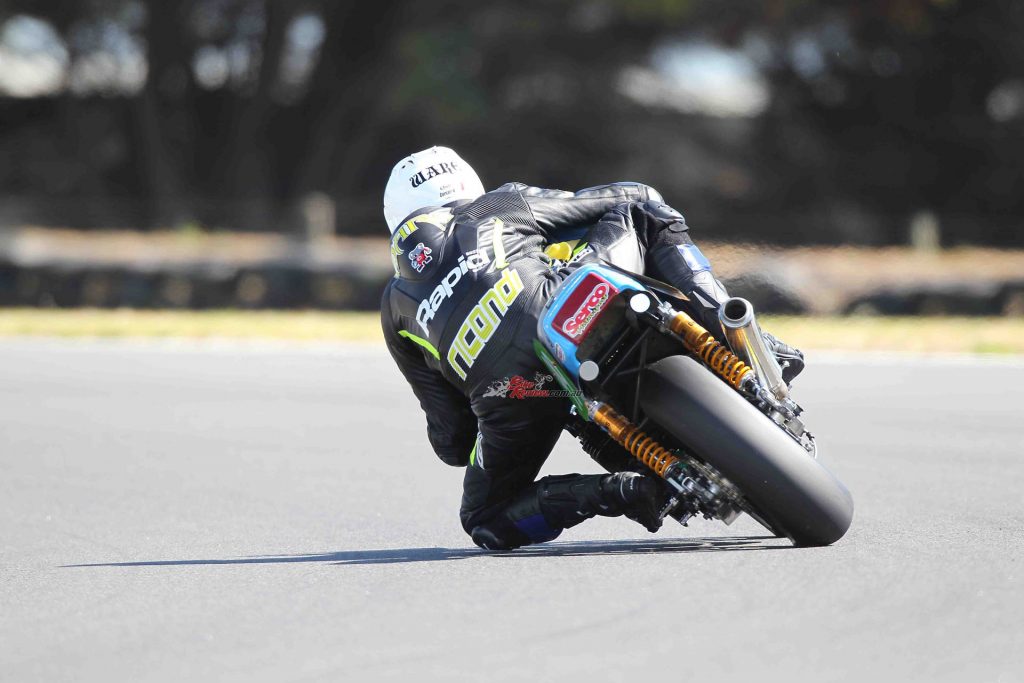 Of course, the flip side of all that is that, if you have the money, then there’s no reason why you shouldn’t spend it, just get your priorities right! A fellow I know has recently built a rather trick special – based on an early Eighties superbike, he’s bought some very expensive parts in the form of suspension, wheels, some very trick calipers and ‘dry-break’ brake lines (the practicalities of which, for a road bike, are rather vague) and a mind-bogglingy expensive race dash. And the thing is, that’s all perfectly fine, because he had already braced the frame to be able to handle modern suspension, brakes and tyres, and upgraded the engine so it’s producing nigh on double its original output, with a torque curve that will shame each and every modern litre bike available.

Priorities. Get them right, and you’ll have a bike that can walk the walk, as well as talk the talk. 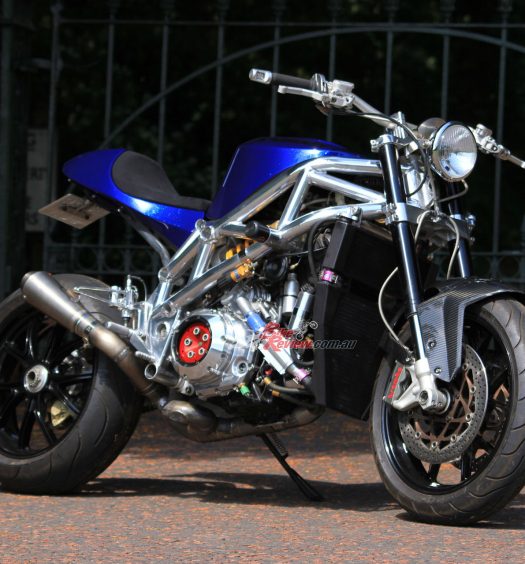 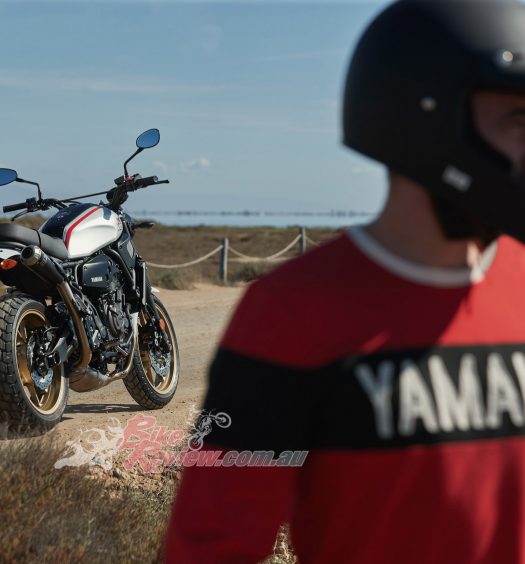