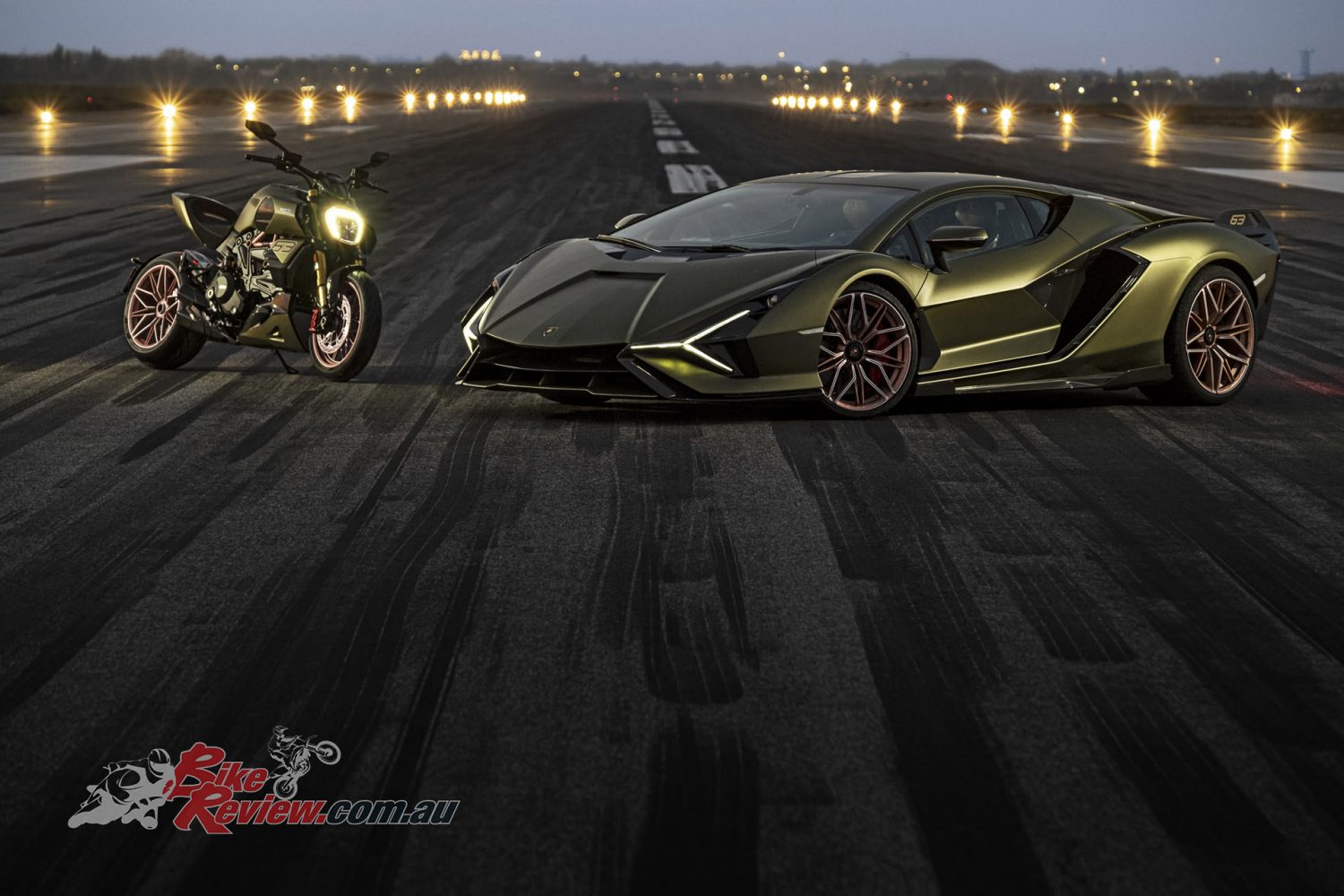 Ducati have just announced their collaboration with Lamborghini to bring you the Ducati Diavel 1260 Lamborghini. The special edition model will only be made in limited numbers...

The Ducati Diavel 1260 Lamborghini was born from the collaboration between two brands that have their roots in Motor Valley, the land in Emilia-Romagna within which can be found many of the world’s most significant companies in the automotive sector. 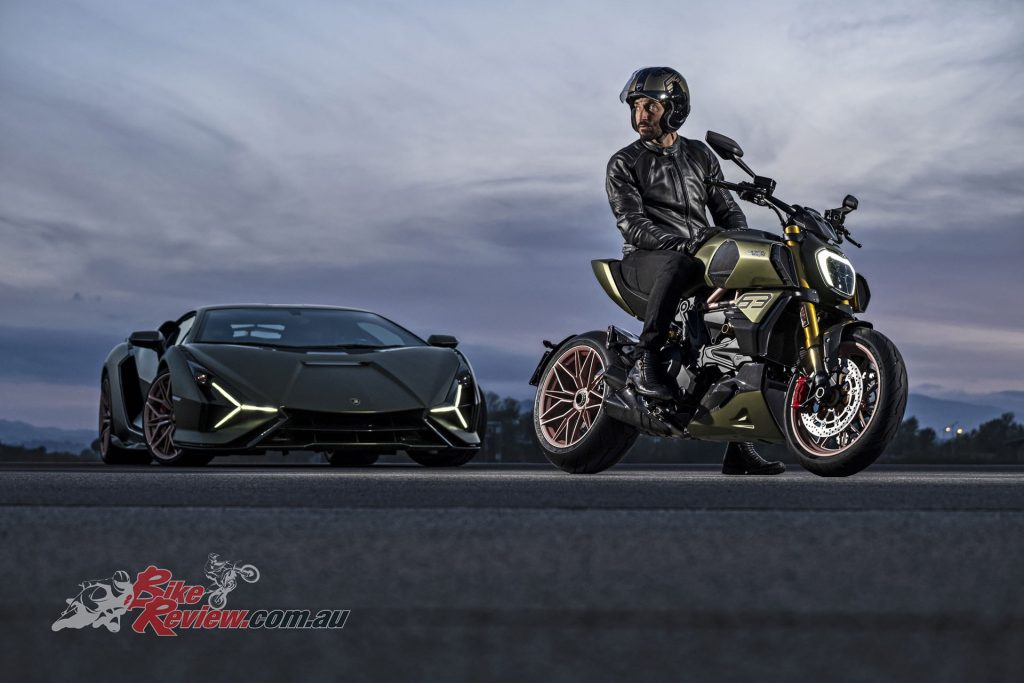 You can see the similarities between the Lamborghini and the Diavel.

Ducati say that the Diavel is the model of the Ducati range able to amaze enthusiasts with its personality, with the road behaviour of a naked sport thanks to a thoroughbred sports engine and with its design, which has made it an icon of style and ‘Made in Italy’ and for which it has received prestigious international recognition such as the ‘Red Dot Award’ and ‘Good Design Award’.

Ducati and Lamborghini are Italian excellences that say they share values such as sportiness, attention to design and a meticulous devotion to detail. The Ducati designers have chosen to be inspired in this special project by the Lamborghini Siàn FKP 37. 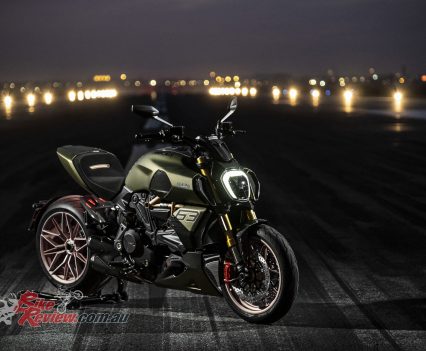 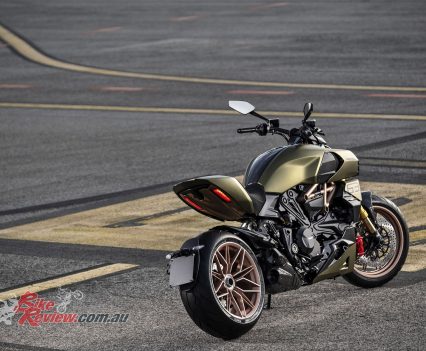 Made starting from the base of the Diavel 1260 S, the Diavel Lamborghini was conceived by transferring the basic concepts of the design of the Siàn FKP 37 to the motorcycle world. The forged wheels, light and with a new design, recall the styling of the Lamborghini’s wheels. The air intakes and radiator covers have been made of carbon fibre and designed by superimposing floating elements on the main structure of the bike.

The livery of the Diavel 1260 Lamborghini is the result of the joint work between the Centro Stile Ducati and the Centro Stile Lamborghini. The paints applied to the bike are exactly the same as those used for the Siàn FKP 37, with the bodywork characterised by the “Gea Green” colour, while the frame, the undertray and the forged wheels have been painted in an “Electrum Gold” colour. The typical Ducati red is recalled by the colouring of the Brembo brake calipers. 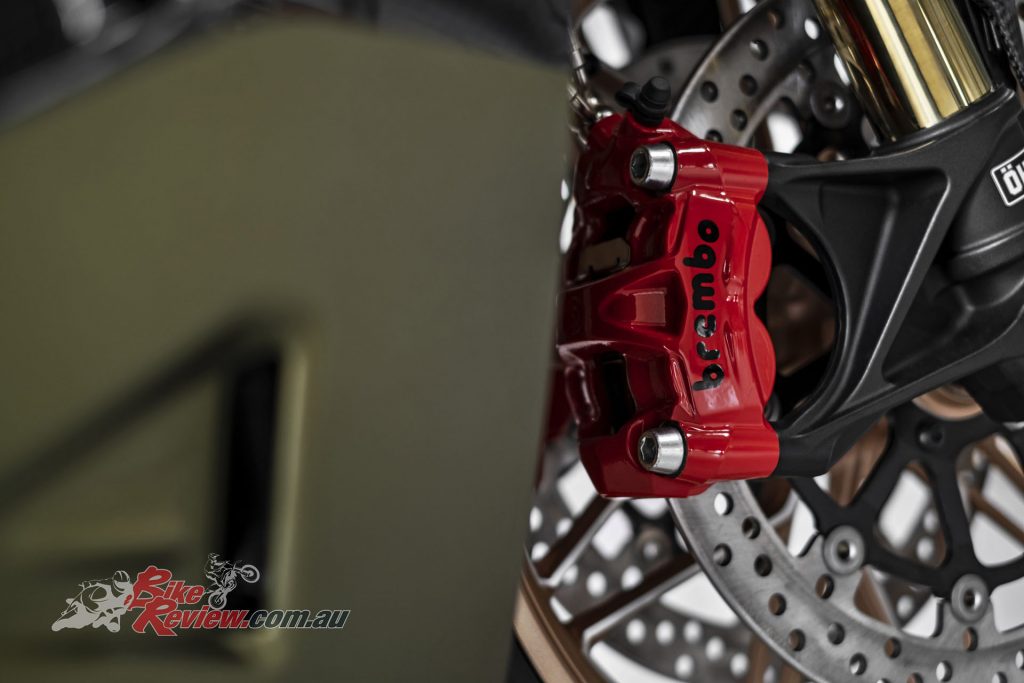 The red Brembos are the only Ducati red coloured thing on the bike.

The number 63 on the bike isn’t just random, it’s an important number for the Sant’Agata Bolognese company, which was founded in 1963. Multiplying this number by ten, you get the 630 numbered copies of the model that Ducati will produce.

All the details of the bike that have been redesigned by the Centro Stile Ducati for this specific project are made of a light material such as carbon fibre. In addition to the radiator covers and air intakes, the silencer cover, spoiler, central tank cover, seat cover, front and rear mudguards, dashboard cover and headlight frame are also made of carbon fibre. 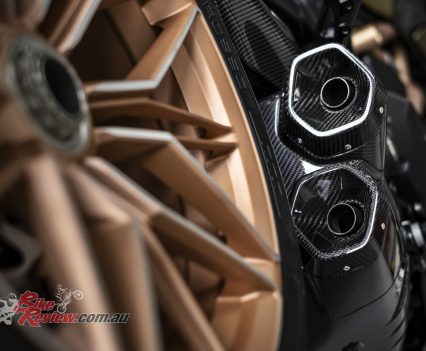 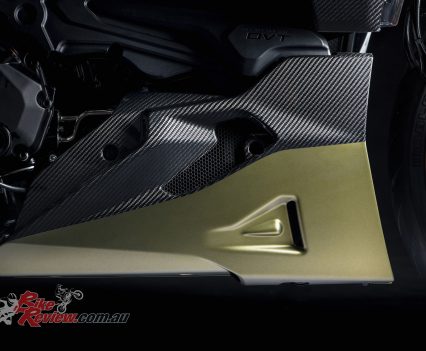 The heart of the Diavel 1260 Lamborghini is the 1262cc Ducati Testastretta DVT with variable timing. This Euro 5 homologated engine claims to deliver 162hp@9,500rpm and 129Nm@7,500rpm with a flat torque curve right from medium-low revs.

Ducati say that some of the key features of the Diavel 1260 Lamborghini are the typical “power cruiser” riding position and ergonomics of the Diavel model, along with the exposed tubular steel trellis frame, the 240 mm wide rear tyre, the single-sided aluminium swingarm and the fully adjustable Öhlins suspensions at the front and rear. 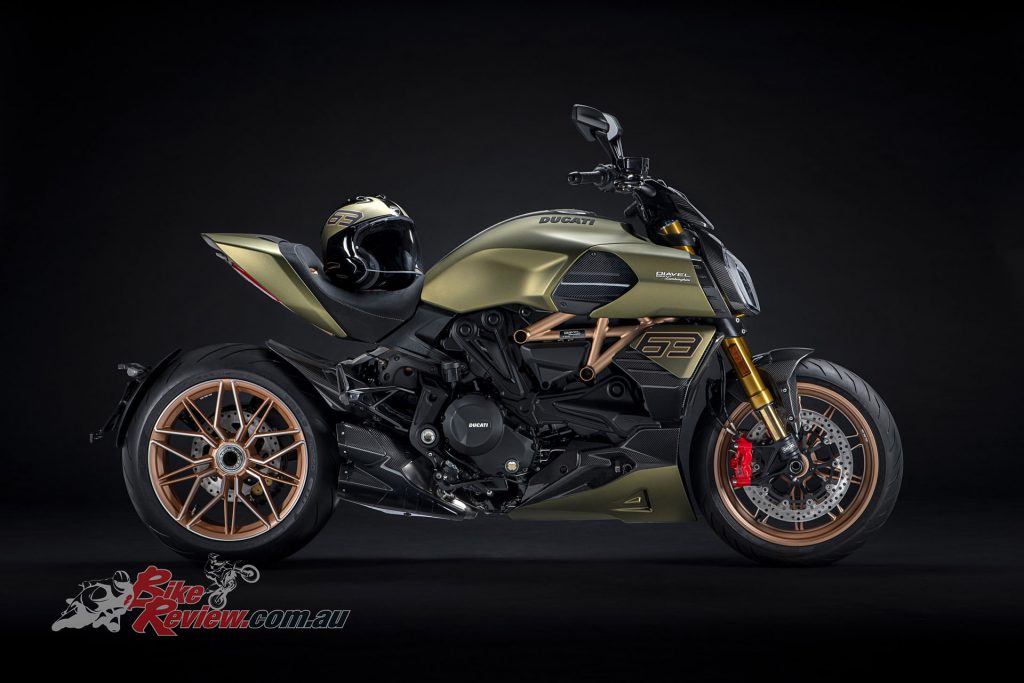 You can buy an optional helmet to match the styling of the bike.

Ducati have added a new styling to the TFT screen as when the logos of the two brands appear on the dashboard with the screen it will be accompanied by the silhouette of the Diavel Lamborghini. If you really want a matching look with the bike, you can buy the Ducati helmet with coordinated graphics. 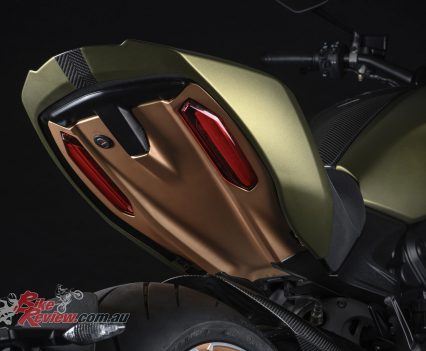 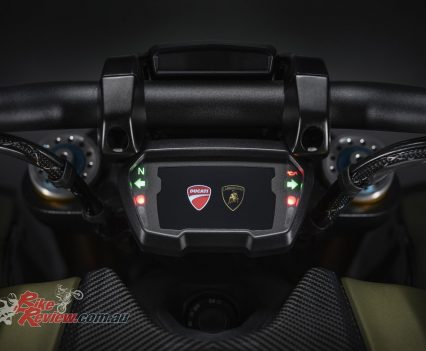 The Lamborghini name doesn’t come cheap though, expect to pay $48,600 ride away for the Ducati Diavel 1260 Lamborghini, the limited edition model will arrive in Australia next year during February. 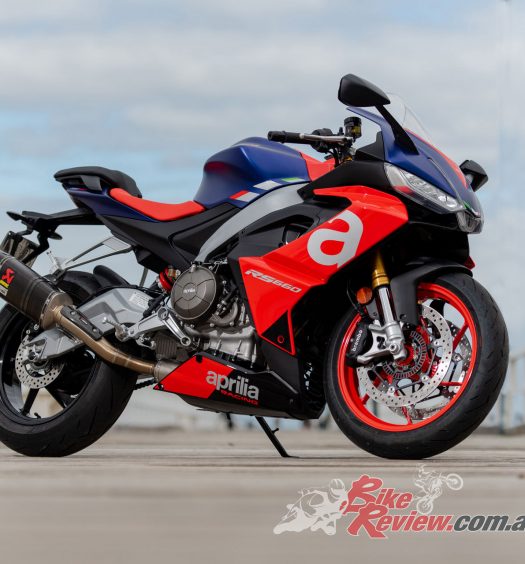 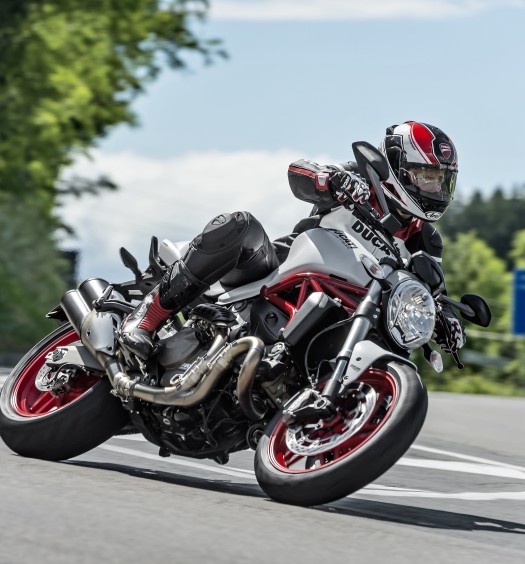