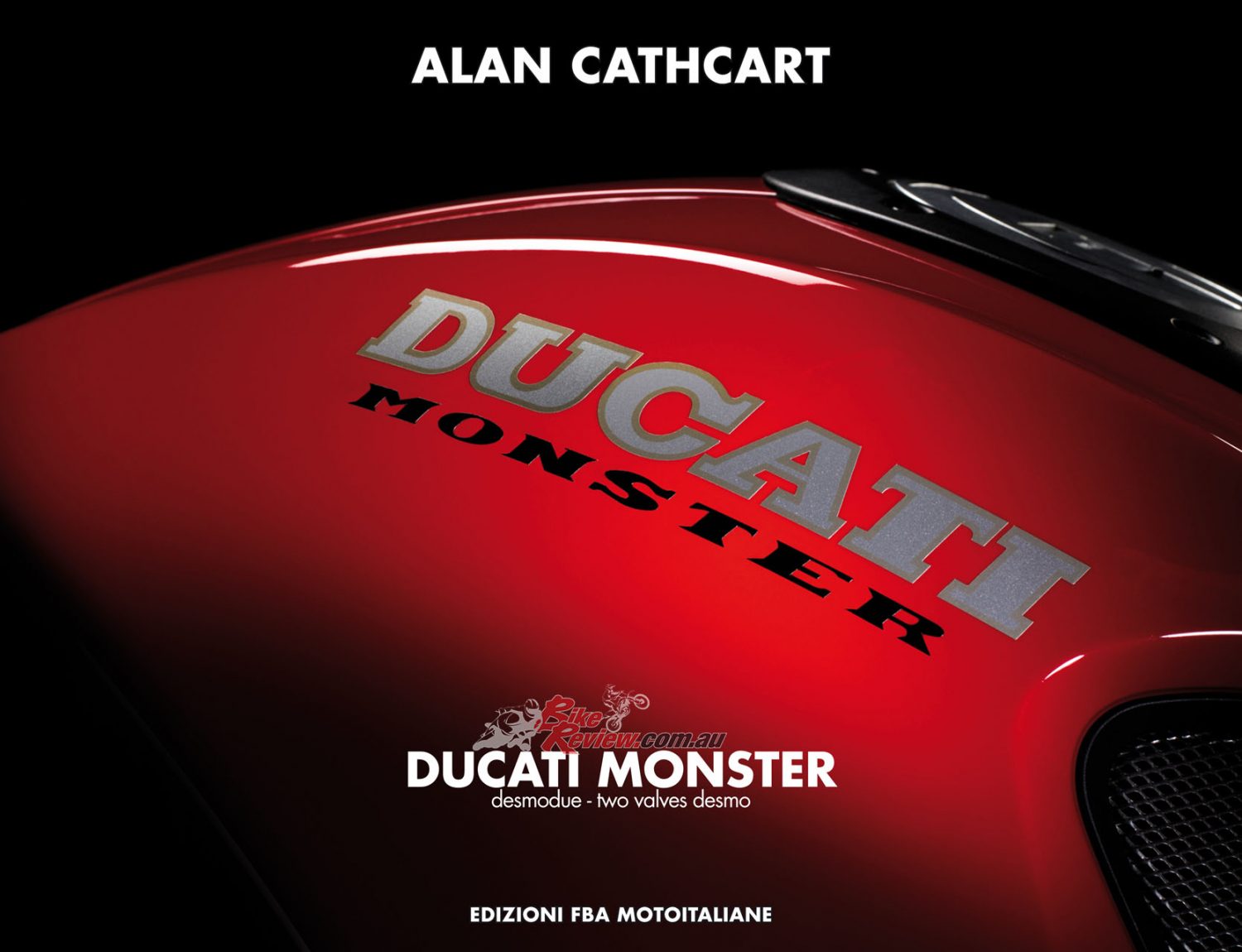 Check out Cathcarts new book now to find out all the history behind this brilliant bike.
Gear & ProductsNew ProductsBy Brand

The story of the Ducati Monster is one of survival and redemption. Alan Cathcart has released his new book on the revival of Ducati thanks to the simple design of the Monster.

On October 24th, 1992 the first-ever Ducati Monster was launched to the public at the IFMA Show in Germany – the first of 350,000 such bikes built so far, in all their different capacities and configurations. To this day, it was one of Ducatis most successful moves. 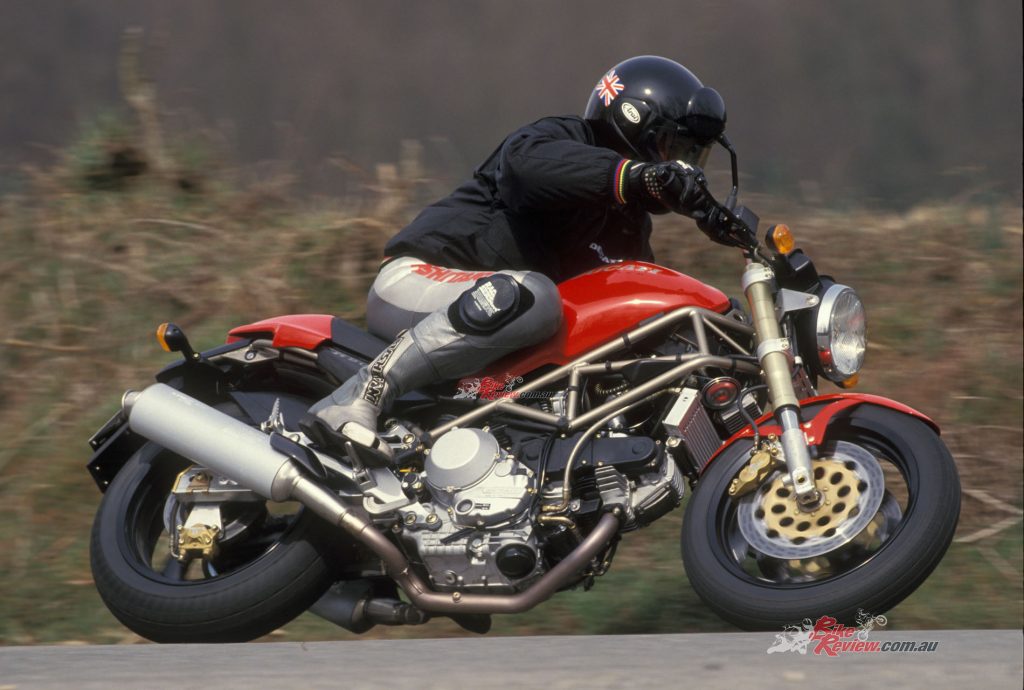 The Ducati Monster M900 was the saviour of the companies finical issues. Alan Cathcart tells the full history…

It was Argentinian designer, Miguel Angel Galluzzi’s, idea to come up with the then-innovative concept of stripping a superbike of its bodywork to create a user-friendly yet invigorating minimalist streetbike.  Combining the sporting appeal and everyday practicality, was an instant hit, with thousands of customers eager to subscribe to his belief that “All you need in a motorcycle is a saddle, fuel tank, engine, two wheels and a handlebar, everything else is superfluous.”

You can purchase Alan Cathcart’s new book by heading here….

The Monster invented a major new segment of the motorcycle market that keeps on expanding year on year, as other manufacturers have continued to copy Miguel’s Monster mantra. But for Ducati especially it’s been a never ending story, as well as a gift from Galluzzi that keeps on giving. 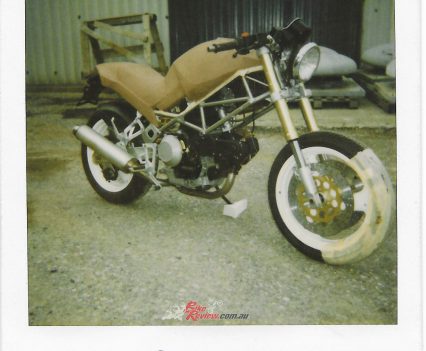 Back in 1991, the Monster was under going its shaping stage. 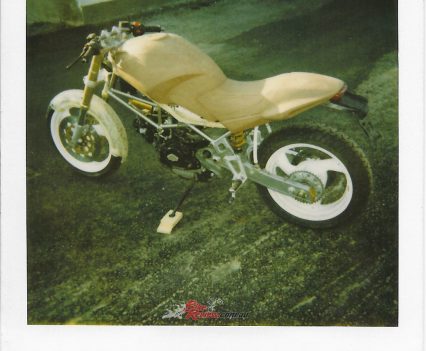 The minimalistic design worked well with the roaring Ducati motor. 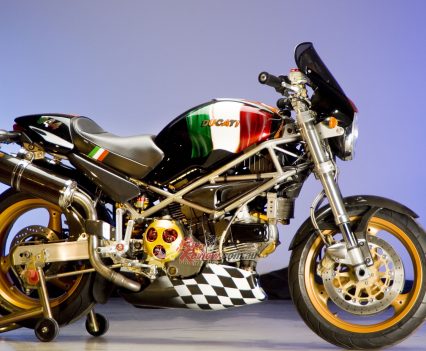 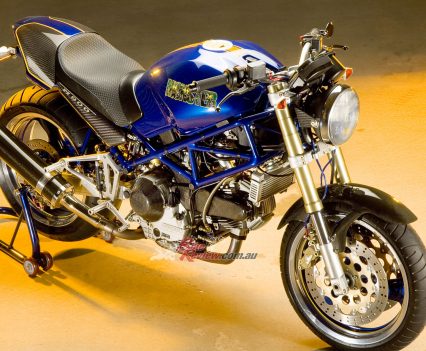 Even after his 2006 move to Ducati’s rival, Aprilia, to eventually become VP of Design for its parent company Piaggio. The gift is demonstrated by the huge number of “Monsteristi” who have bought successive generations of this model ever since, up to and including today’s descendants of the first-ever Monster M900 powered by an air-cooled desmodue engine. 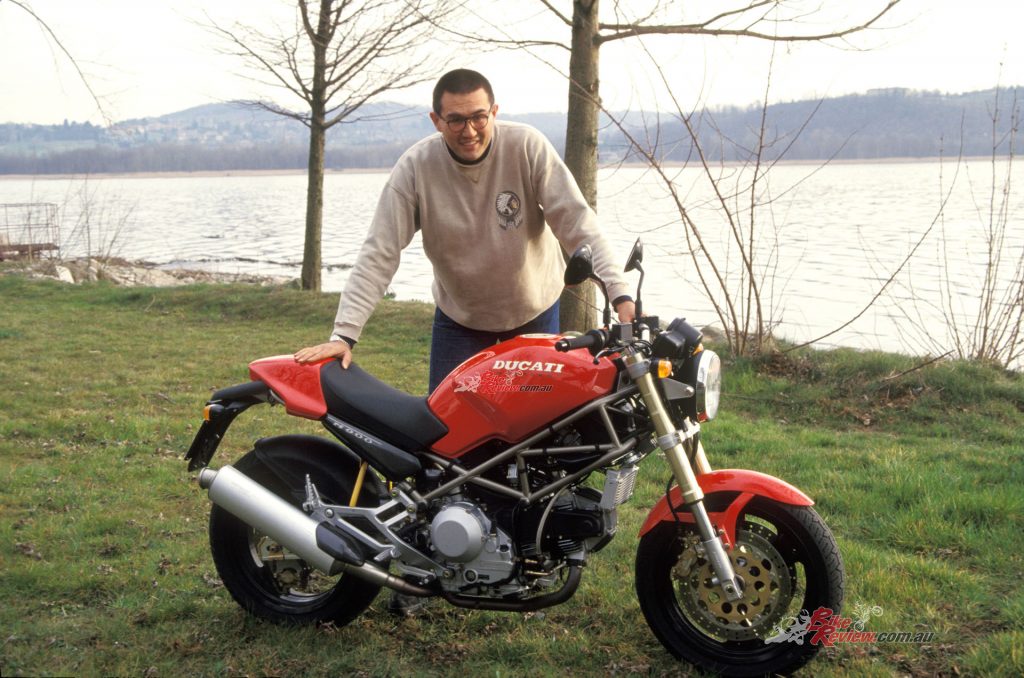 The importance of the Monster family of models to Ducati’s balance sheet can’t be overstated. Indeed, the only reason the Italian sportbike manufacturer stayed in business long enough to eventually be acquired by the Volkswagen Group in 2012 was because of the profits generated by all those hundreds of thousands of Monsters built and sold over the previous two decades. 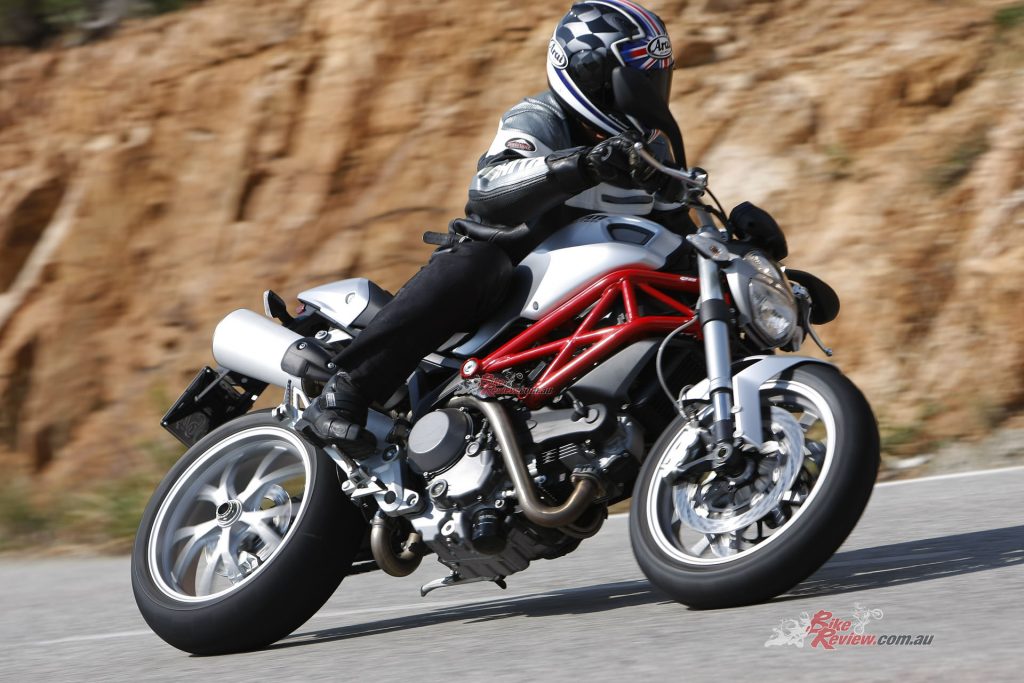 Even when the VW group took over 2012, they had to keep the best selling Ducati on their line-up.

For this motorcycle has not only established itself as a style icon, it’s also provided the financial platform to carry Ducati to its 14 World Superbike Riders titles and 17 Manufacturers crowns, not forgetting Casey Stoner’s upset during the 2007 800cc MotoGP World Championship. It has represented a huge slice of the company’s total production for the past 28 years, as the equivalent to Ducati of Honda’s stepthru Super Cub.

Without building 100 million Super Cubs in various formats since its 1956 debut, the Japanese giant could never have afforded to go Grand Prix racing down the years with such devastating success and such exotically engineered machinery – or been able to enter the automotive market. Same with Ducati – no Monster, no money to go racing, and no sportbikes supreme like the equally iconic 916 and its successors, up to and including the current Panigale V4 R. 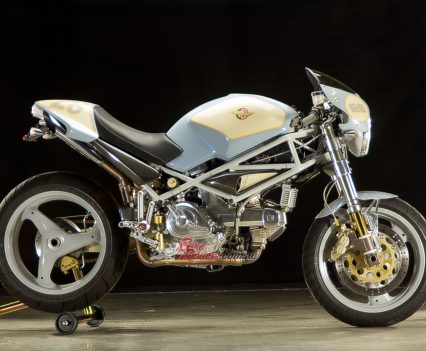 Even by todays standards, early Monsters were a game changer with their design. 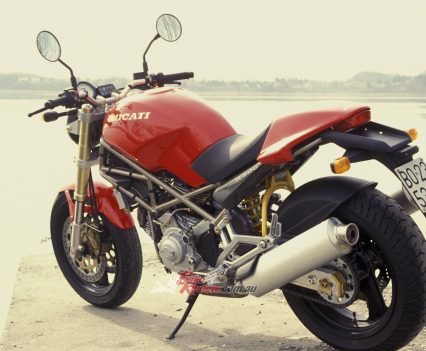 No Ducati model is complete without the red paint treatment.

So this was all made possible because back in 1990 designer, Miguel Galluzzi, converted a factory 888 Superbike into the ultimate in-your-face Streetfighter by stripping off all the bodywork, hanging a light, horn and licence plate on it, and inviting the result to be labelled ‘The Monster’. Both before and after the Bologna factory’s 1996 takeover by American investors TPG, Ducati built on the model’s cult status as a two-wheeled icon, stepping up sales until the various Monster derivatives represented well over 50% of the company’s total production. 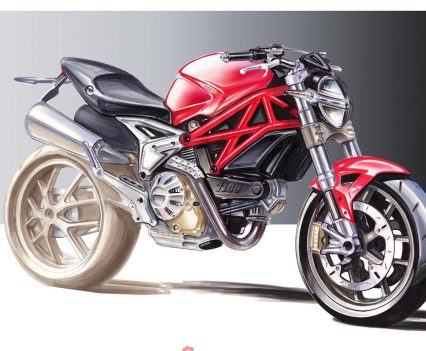 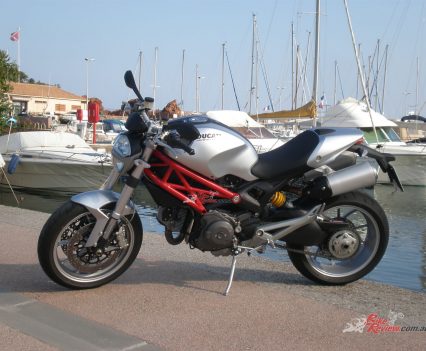 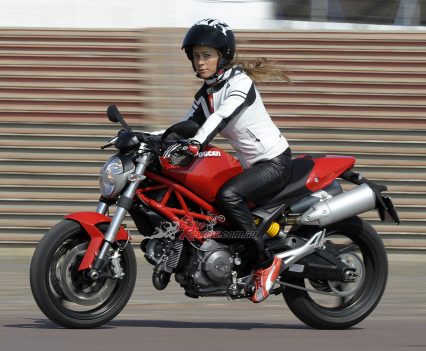 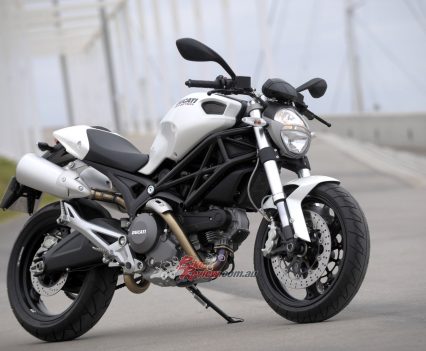 In 1999, the M600 was the best-selling motorcycle of any kind in the Italian home market – the first time any Ducati had ever achieved such success. As the longest-living member of Ducati’s model line-up, the commercial success of the Monster range continues to represent a crucial lifeline to profitability for Ducati even under VW Group ownership. 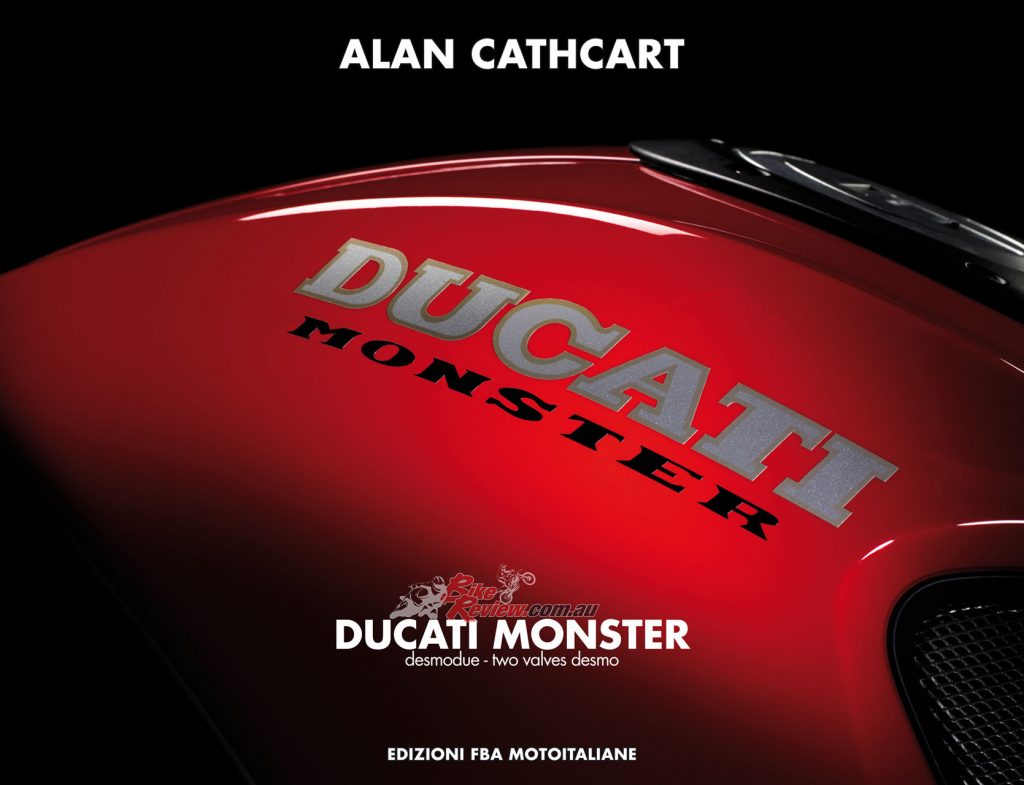 Check out Cathcart’s new book Ducati Monster now to find out all the history behind this brilliant bike.

This book is the first of two such journals recounting the Monster story in hands-on guise from its birth in 1992 right up to today. This first volume covers the model’s original conception and its development for customer sale in two-valve desmodue form, up to the 2001 debut of the S4 Monster powered by the 916-to-996 Superbike’s desmoquattro eight-valve engine, which opened the door to a new, more performance-conscious Naked bike market. 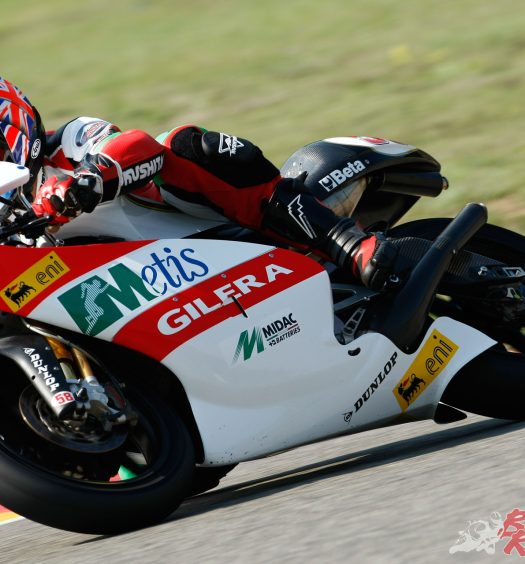 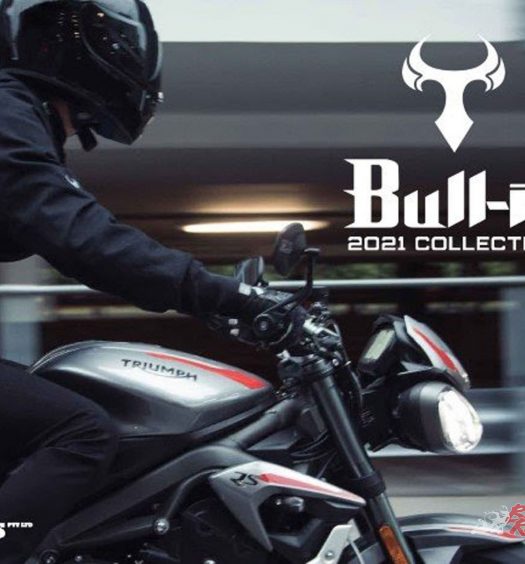