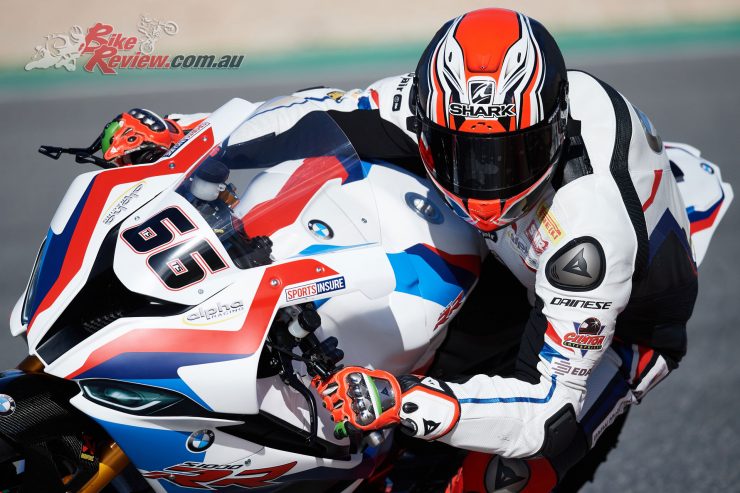 The BMW Motorrad WorldSBK Team, which will compete in the 2019 MOTUL FIM World Superbike championship, revealed the teams new 2019 livery at the Autódromo Internacional do Algarve.

Riders Tom Sykes and Markus Reiterberger this morning lifted the covers on the brand new BMW S 1000 RR, revealing the iconic BMW M Motorsport design ahead of media, guests and thousands of fans live across the globe.

The S 1000 RR takes it cues from the iconic BMW-M colours, with swathes of red and blue running through the matte white finish machine. The team now looks forward to what will be an exciting new era for the Shaun Muir Racing. 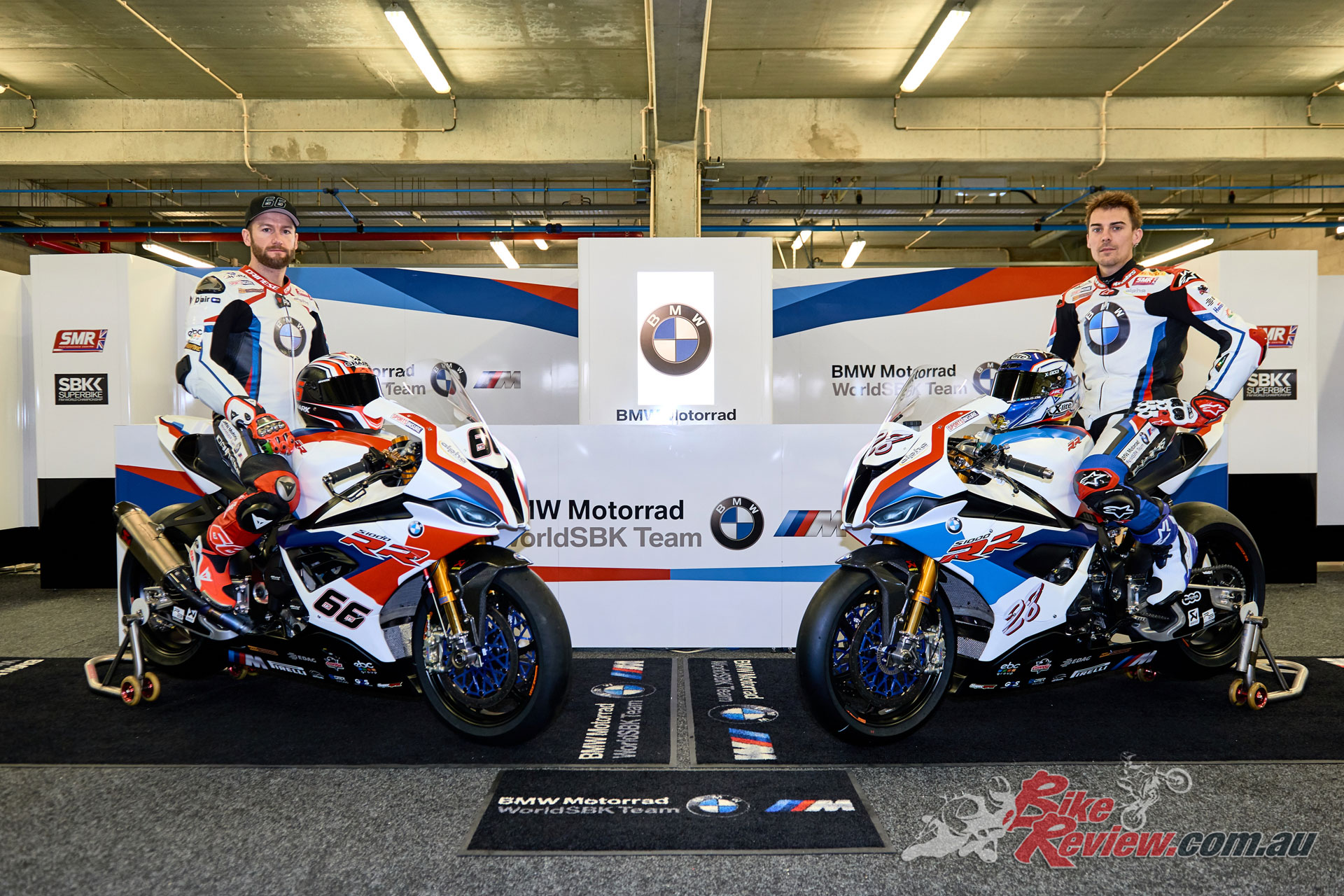 After the two-day test in Jerez last week, the BMW Motorrad WorldSBK Team relocated across the border to the Autódromo Internacional do Algarve, Portugal to resume their winter testing programme.

Focused on the development of the new BMW S 1000 RR, riders Tom Sykes and Markus Reiterberger progressed through their testing schedules working on suspension, electronics and chassis set up as the final European test drew to a close.

The BMW Motorrad WorldSBK Team’s attention now turns to the first Official WorldSBK test at Phillip Island in February, where the final preparations will be made before the opening round commences on the 22nd February 2019.

Shaun Muir – Team Principal explaining, “It has been two good days in Portimao, both riders finally worked their way through the test programme. They didn’t get much time to work on race strategies but all in all it was a very productive test. Markus made a break through on some chassis changes on Sunday, which was good work from his crew chief and Öhlins technician. This gives him a good starting base for Phillip Island. Tom made steps forward finding a good chassis balance whilst also completing his test programme. Throughout the two-days he was posting consistent laps times giving him a good base set up heading into Phillip Island next month. Overall we are all happy and confident going to Phillip Island, with these base settings it should put in contention for some strong results.”

Tom Sykes saying, “I just want to say a big thank you to the whole BMW Motorrad WorldSBK team. This test we’ve continued and progressed in a really positive way, making a big step in the development of the S 1000RR. We have been working on the balance of the bike, trying out different parameters to see what feedback we get, also trying out new components for the brakes, suspension and electronics so in general a lot has been covered. We are also just fine tuning my position on the bike making little changes to the seat, foot pegs and the levers to get as comfortable as possible. I really happy we have the bulk of testing done now, I feel we’ve worked much closer to the base set up and it’s another step closer to the WorldSBK opener in Phillip Island next month.” 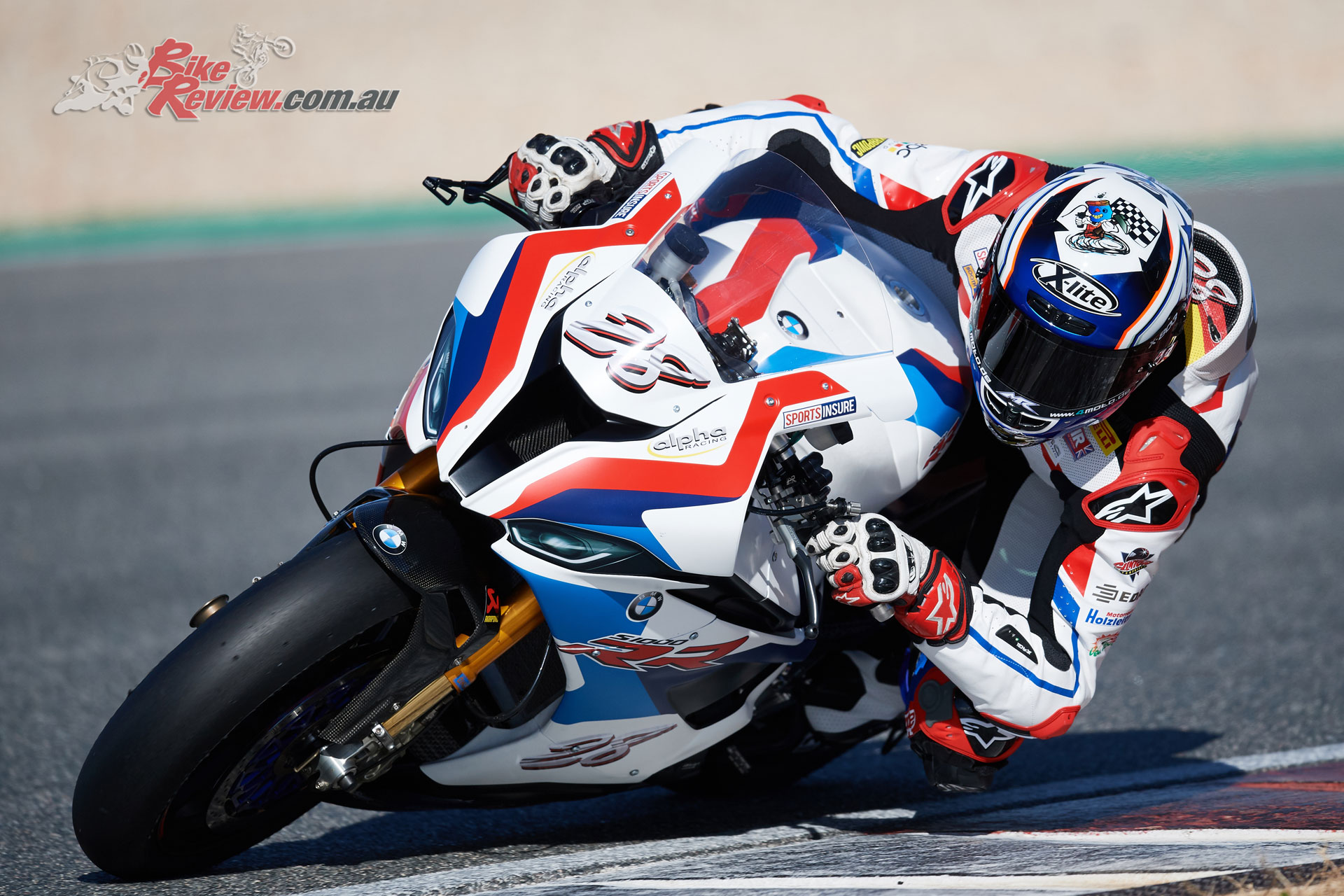 Markus Reiterberger saying, “In general, this weekend has been a constructive test. Sunday I was feeling very positive as we made some changes with my seat position and also a change with my rear shock, which had a big improvement on my lap time as session by session we improved. Monday unfortunately I didn’t have the same feeling on the bike and struggled a lot with my corner entry, but we collected a lot of data from this test, I have a great team around me so I am confident we will get a good feeling on the bike in Phillip Island. My focus now is to go home now and prepare for the first round in Australia in a few weeks’ time.”