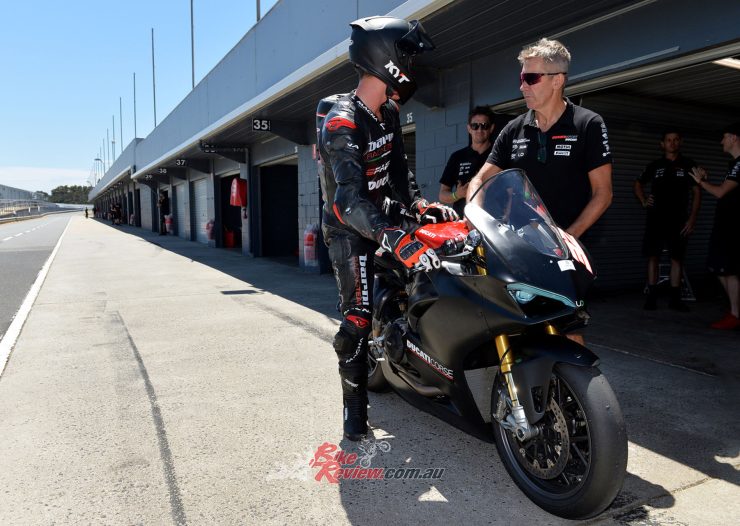 The ‘next generation’ of the Supersport World Championship gets underway with new bikes, returning manufacturers, rookies and familiar faces all taking to the grid. With the unveiling of the provisional entry list, 30 riders will be on the grid, including Oli Bayliss, son of three-time World Champion, Troy. 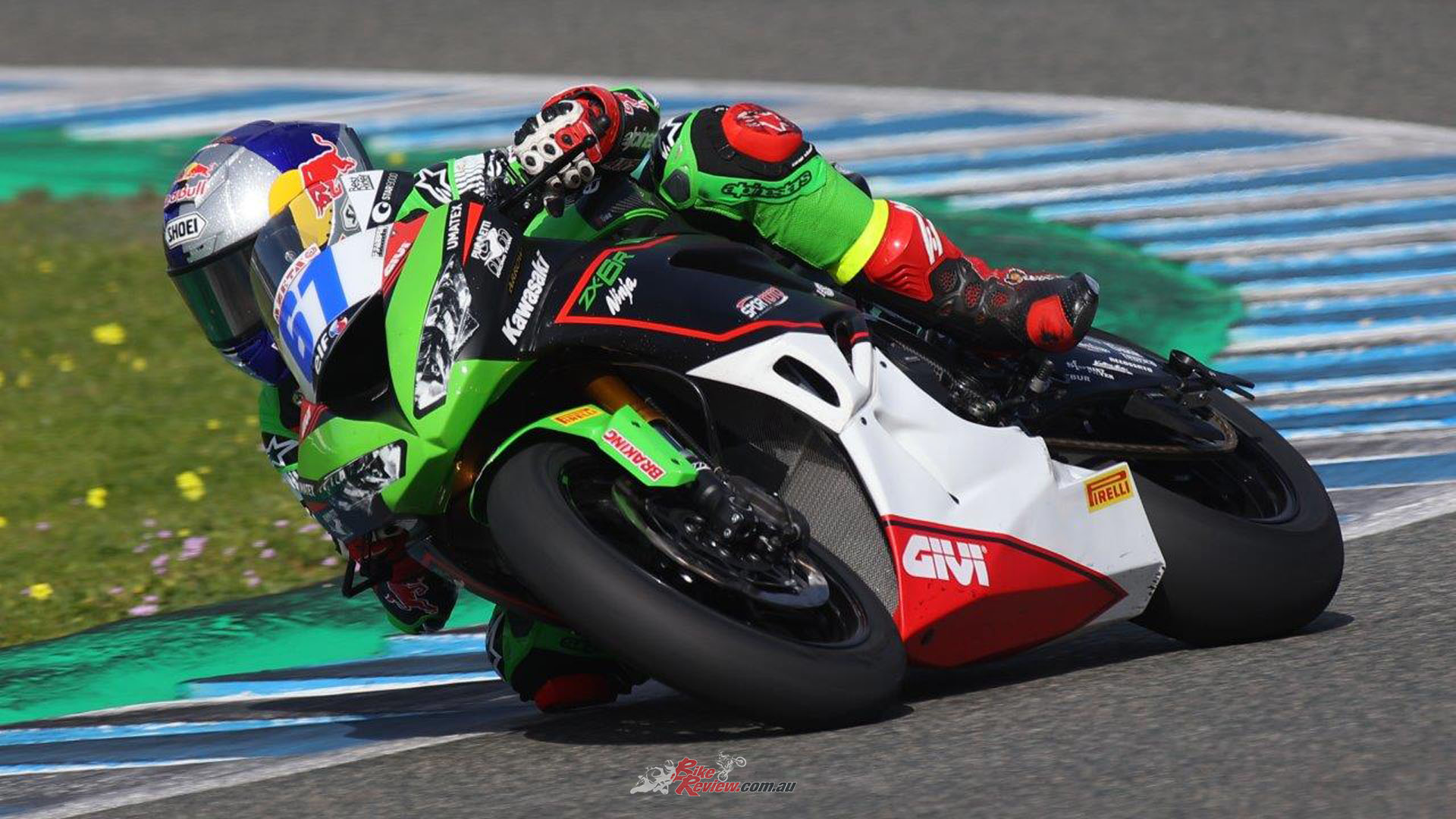 A new ruleset has brought plenty of changes to the WorldSSP grid for 2022 but 30 riders will battle it out for glory in the upcoming campaign.

The field represents five manufacturers with the return of Ducati and Triumph, as well as a new bike on the grid for MV Agusta. There are also four graduates from WorldSSP300 embarking on their first campaign in WorldSSP including the 2020 and 2021 Champions.

Headlining the entry list for the 2022 campaign is the return of two manufacturers with new bikes following the introduction of the new ruleset, with Ducati and Triumph making welcome returns. The Ducati Panigale V2 will be used by seven riders across six teams as the Bologna manufacturer returns to WorldSSP action.

Australia’s Oli Bayliss will compete for Barni Spark Racing Team in 2022, while Federico Caricasulo will compete for Althea Ducati. Nicolo Bulega will be with the Aruba Racing Supersport Team as he switches from Moto2™ to WorldSSP. 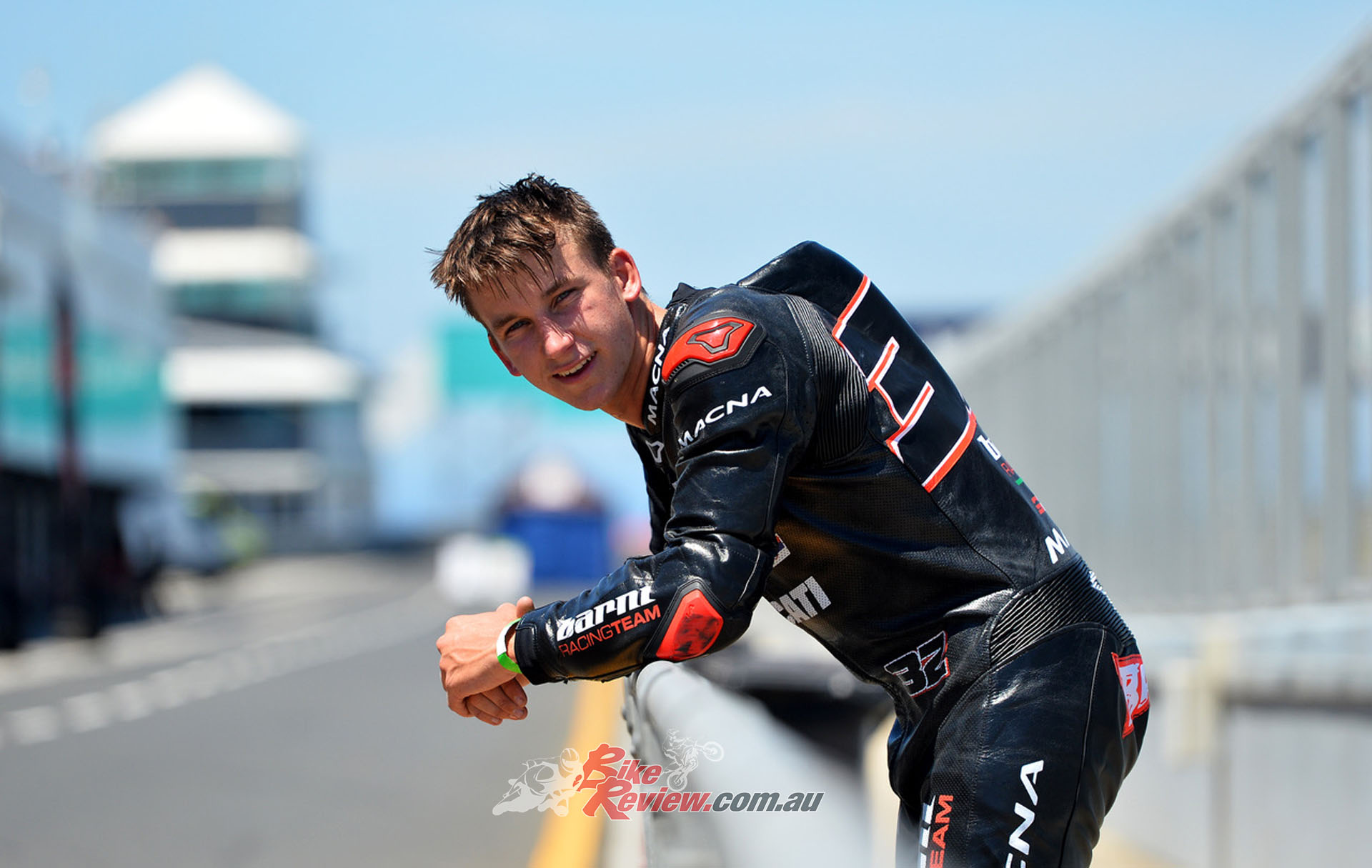 Raffaele De Rosa sticks with Orelac Racing for 2022 but on Ducati machinery, with the team known as Ducati Orelac Racing VerdNatura while Maximilian Kofler will race with CM Racing with the Ducati Panigale V2. Davide Giugliano is returning to the paddock as a team manager with D34G Racing, with two Ducati bikes, running brothers Filippo and Federico Fuligni in the WorldSSP Challenge.

Triumph are also returning to the Championship with two bikes at Dynavolt Triumph, run by the very successful PTR squad, with Hannes Soomer and Stefano Manzi looking for a title fight using the Triumph Street Triple 765 machine for the 2022 season. Niki Tuuli returns for a second season with MV Agusta Reparto Corse, with the team running the MV Agusta F3 800 RR in 2022 with the new ruleset. He will be joined in a two-rider line-up by Bahattin Sofuoglu, who will run in the WorldSSP Challenge.

Reigning Teams’ Champions Ten Kate Racing Yamaha have stuck with Dominique Aegerter as they look to make it two-in-a-row in 2022, with young Italian rider Leonardo Taccini joining the team. At Kawasaki Puccetti Racing, Turkish star Can Öncü is looking to build on podium finishes in the closing stages of 2021 as 2022 gets underway while Yari Montella joins the team. 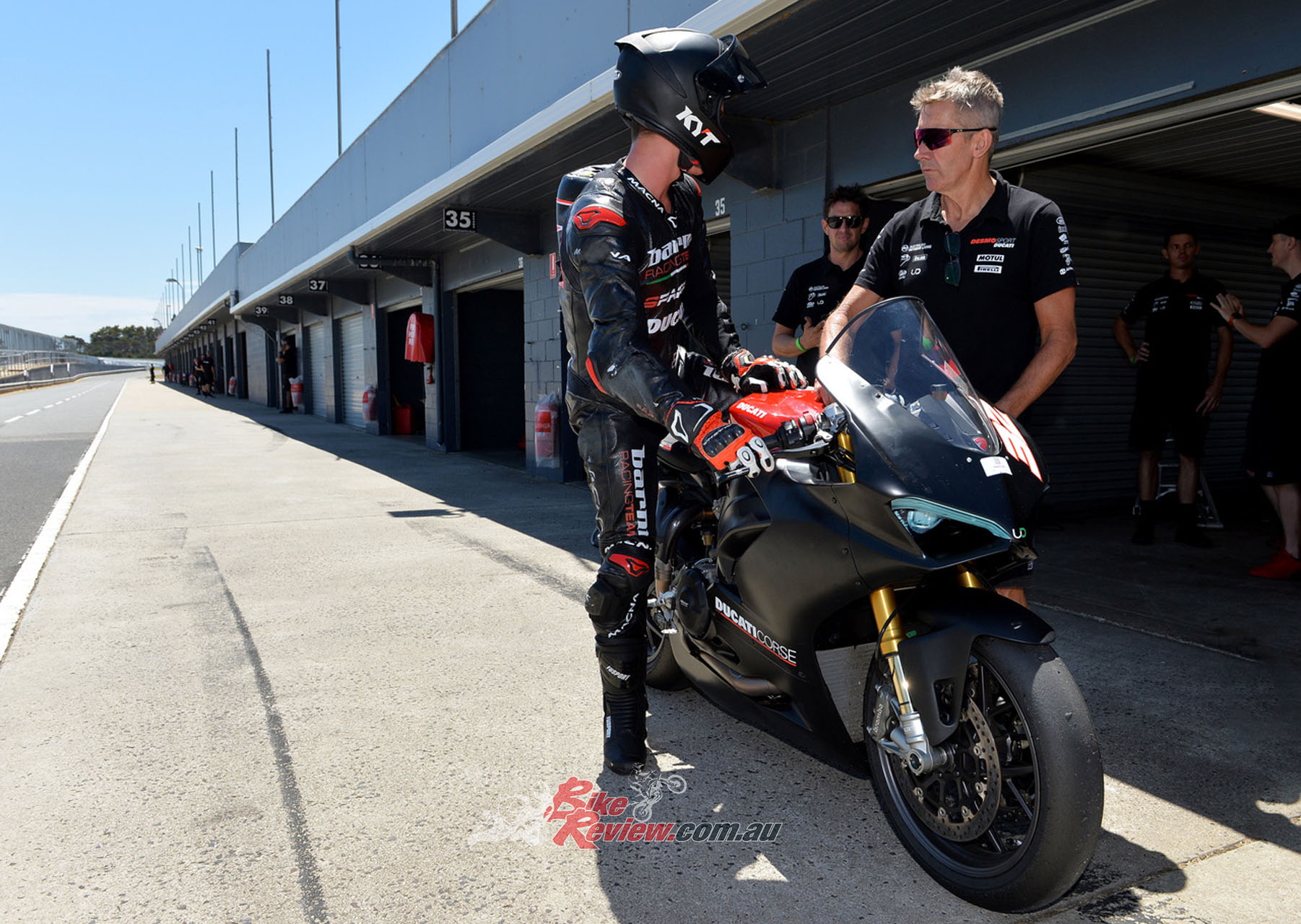 Two generations of Bayliss Ducati Superbike riders. Oli will be out to break his Dad’s records!

The Evan Bros. WorldSSP Yamaha Team have retained Hungarian rider Peter Sebestyen for 2022 but will field Lorenzo Baldassarri alongside him after finishing second in the Riders’ Championship in 2021 with Steven Odendaal. Frenchman Jules Cluzel will remain with GMT94 Yamaha once again, and he will race alongside Andy Verdoïa who returns to the Championship full-time. MTM Kawasaki will be competing in WorldSSP in 2022, with 2021 WorldSSP300 Champion Adrian Huertas riding for the team that has had so much success in WorldSSP300 and who he claimed the 2021 title with, while Benjamin Currie will make his debut in WorldSSP in 2022 with Motozoo Racing by Puccetti. German rider Patrick Hobelsberger returns to the Championship on a full-time basis after three outings in 2021, competing with Kallio Racing in 2022.

Kyle Smith returns to the Championship with VFT Racing alongside Marcel Brenner, who will compete in the WorldSSP Challenge while Dutch rider Glenn van Straalen returns with EAB Racing Team after finishing the 2021 campaign with the team. At Yamaha MS Racing, they retain Unai Orradre who made a mid-season step up to WorldSSP in 2021 from WorldSSP300 and he will be alongside Ondrej Vostatek in the Yamaha MS Racing box.

Seven riders will compete for WorldSSP Challenge honours including Filippo and Federico Fuligni and Marcel Brenner, including three riders who have graduated from WorldSSP300. 2020 WorldSSP300 Champion Jeffrey Buis made his debut in the final two rounds of 2021 in WorldSSP and will continue with Motozoo Racing by Puccetti in 2022, while Tom Booth-Amos will make his debut in WorldSSP with the Prodina Racing WorldSSP600 outfit as the team also steps up. The third WorldSSP300 graduate in the WorldSSP Challenge is Turkish star Bahattin Sofuoglu with MV Agusta Reparto Corse. The final WorldSSP Challenge competitor is Alessandro Zetti with Kallio Racing. 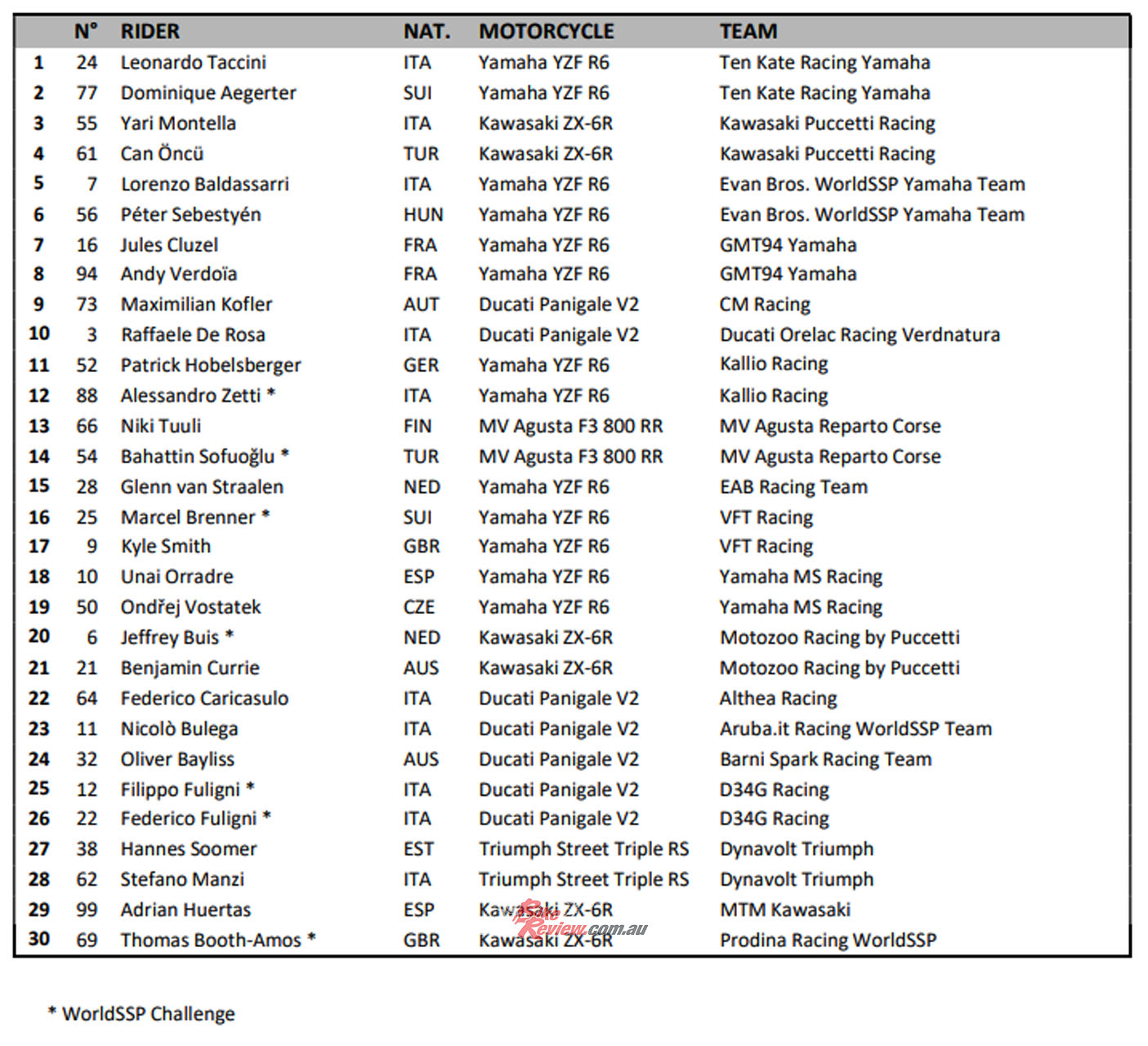