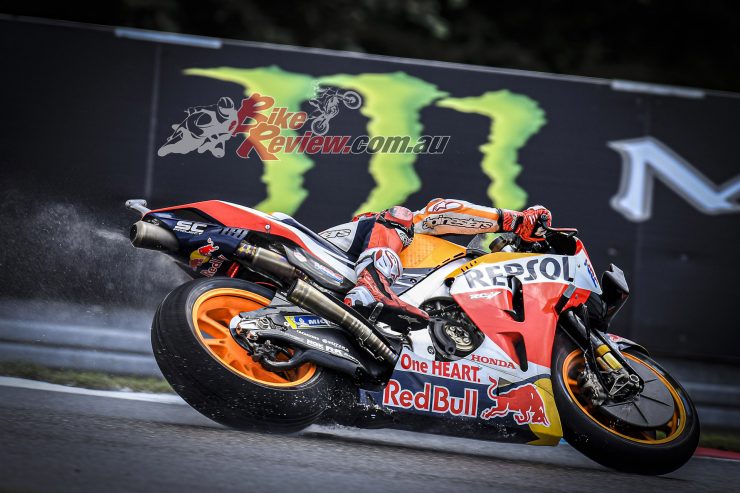 50 not out: Marquez hits a half century of premier class wins

Marc Marquez (Repsol Honda Team) took an impressive win in the Monster Energy Grand Prix České republiky, taking the holeshot from pole after a dramatic downpour had delayed the start as the field waited for conditions to improve. Andrea Dovizioso (Ducati Team) shot up into second to take his fifth podium of the year, with Jack Miller (Pramac Racing) completing the rostrum for podium number two this season. He was the top Independent Team rider. 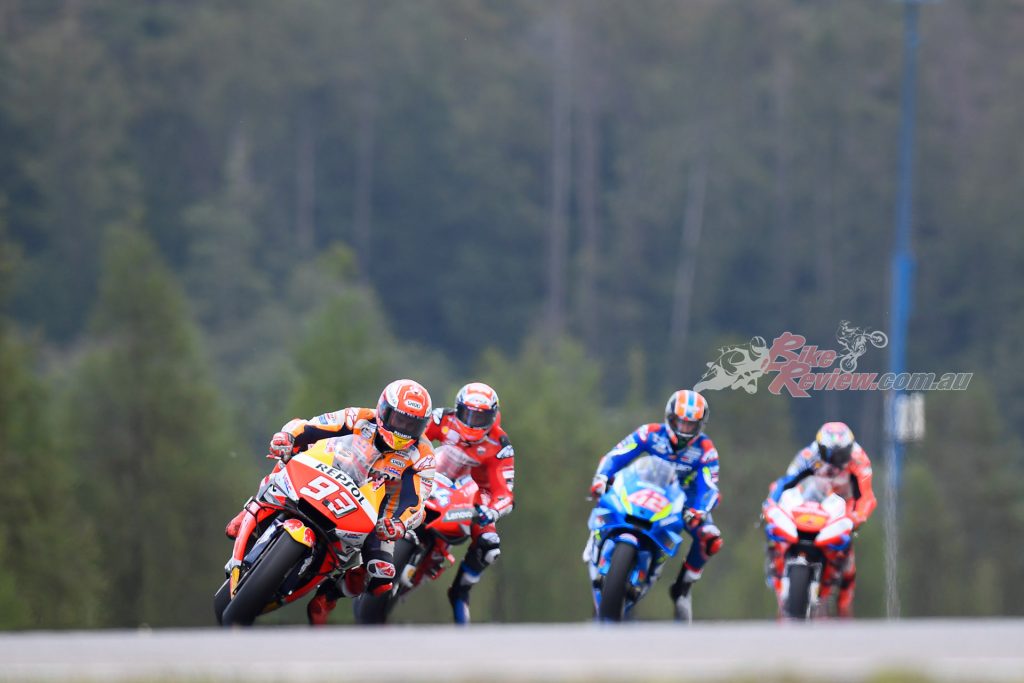 After a rain shower, a delay and the Quick Start Procedure, it was Marquez who shot off the line first to immediately take the lead, with Dovizioso slicing up into second as Johann Zarco (Red Bull KTM Factory Racing) and Miller found themselves struggling a little more with grip. Initially, it became a four rider fight with Marquez, Dovizioso, Alex Rins (Team Suzuki Ecstar) and Miller creating a gap over just over a second back to Pol Espargaro (Red Bull Factory Racing), who had Valentino Rossi (Monster Energy Yamaha MotoGP) for close company. As the laps ticked by the leading quartet were line astern as 0.8 covered them, and with limited dry track time throughout the weekend, the riders were wary of not jumping the gun too early. 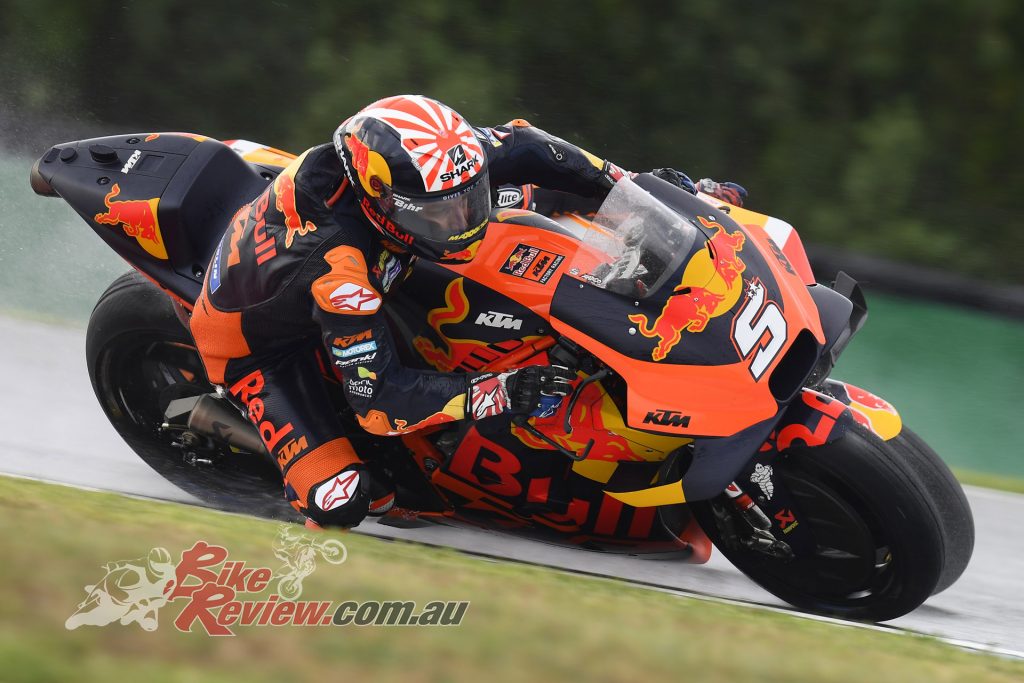 Meanwhile, Rossi eventually got the better of Espargaro’s KTM, with Cal Crutchlow (LCR Honda Castrol) quickly dispatching the latter to tuck in behind ‘The Doctor’. But by this time, the gap to the leaders was over four seconds. Would Marquez turn the wick up even further? The signs were there and with 10 to go, fourth place Miller had dropped 1.5 off the race leader, with Marquez’ lead over second-placed Dovi creeping up over the half-second mark. Then, with nine to go, Marquez was making his move. The gap increased to nearly a second but at Turn 10, the number 93 had a warning shot on the front. It didn’t seem to faze the seven-time Champion though, as from then on, no one could keep the Honda man’s pace. 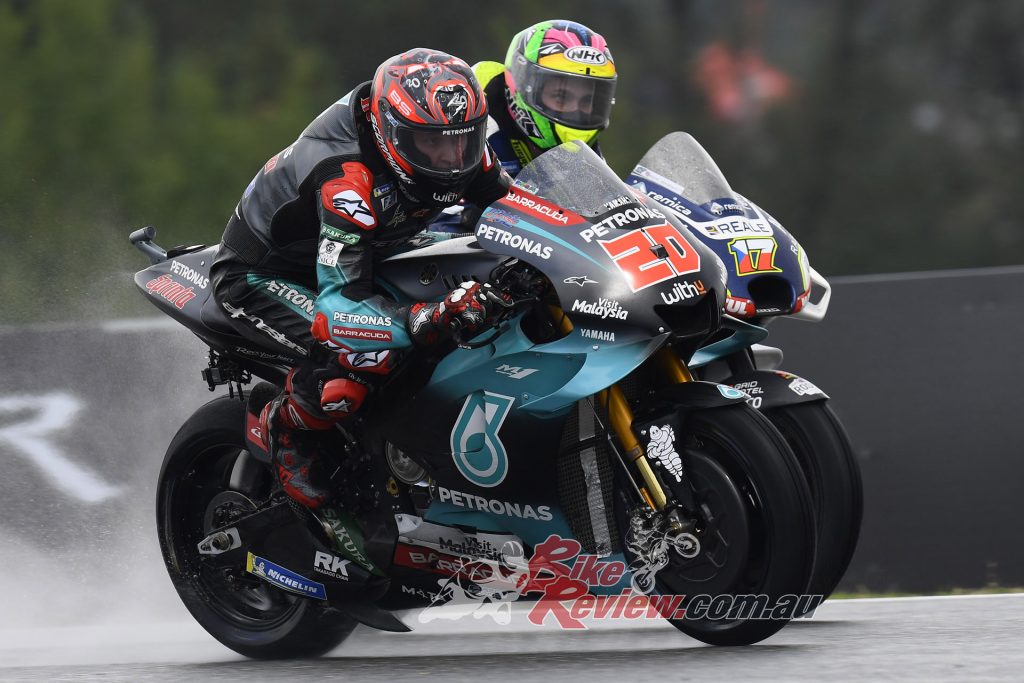 That meant it boiled down to a race for second and third between Dovi, Rins and Miller with five laps remaining. Would there be a late twist in the tale for P2? Rins closed Dovi down slightly but soon, it was the Suzuki under attack instead. Miller smelt blood and the Australian set his sights onto the back of Rins’ GSX-RR.

With two laps left, he went for it at Turn 1 but the blue machine fought back up the inside. No matter, Miller got the job done a few seconds later at Turn 5 and with Rins clearly struggling with his tyres, the Spaniard gave up the ghost. Up the road, meanwhile, Marquez was out of sight as he took victory number six of the year. 63 points is now his advantage heading to Austria, over Dovizioso, who returned to the podium for the first time since Mugello just behind him. 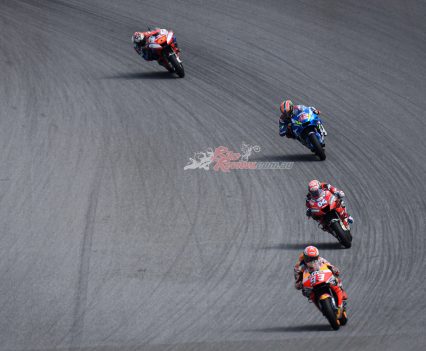 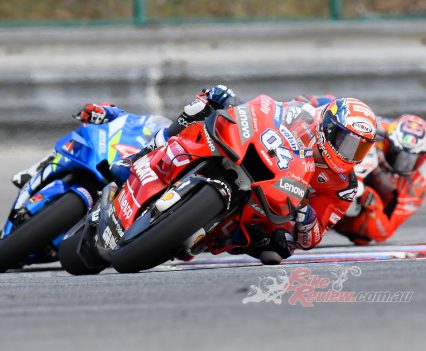 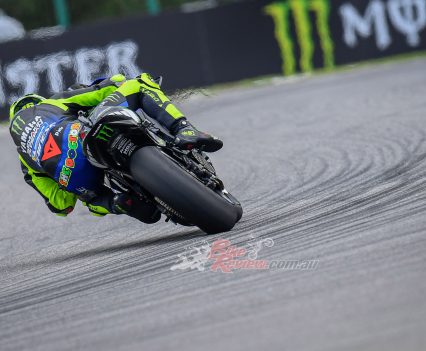 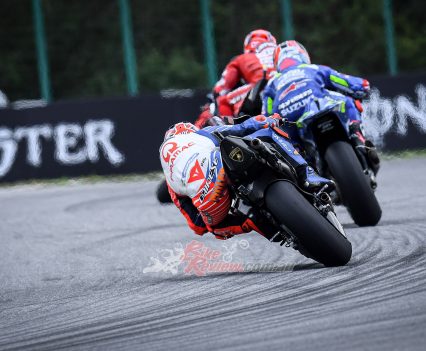 Behind Rins’ fourth, Crutchlow wasn’t far off the podium hunt, with the British rider finishing 1.2 off him in P5. Rossi took a pretty lonely sixth place to claim his best result since Le Mans; the nine-time World Champion the leading Yamaha in the Czech Republic as he finished three seconds ahead of rookie Fabio Quartararo (Petronas Yamaha SRT). Danilo Petrucci’s (Ducati Team) run of top six finishes in 2019 came to an end with a P8 in Brno, the Italian ahead of ninth place Takaaki Nakagami (LCR Honda Idemitsu). After a bad start, Maverick Viñales (Monster Energy Yamaha MotoGP) recovered from 15th to 10th on a difficult day for one of the riders who looked like a serious contender before the weather shuffled the pack. 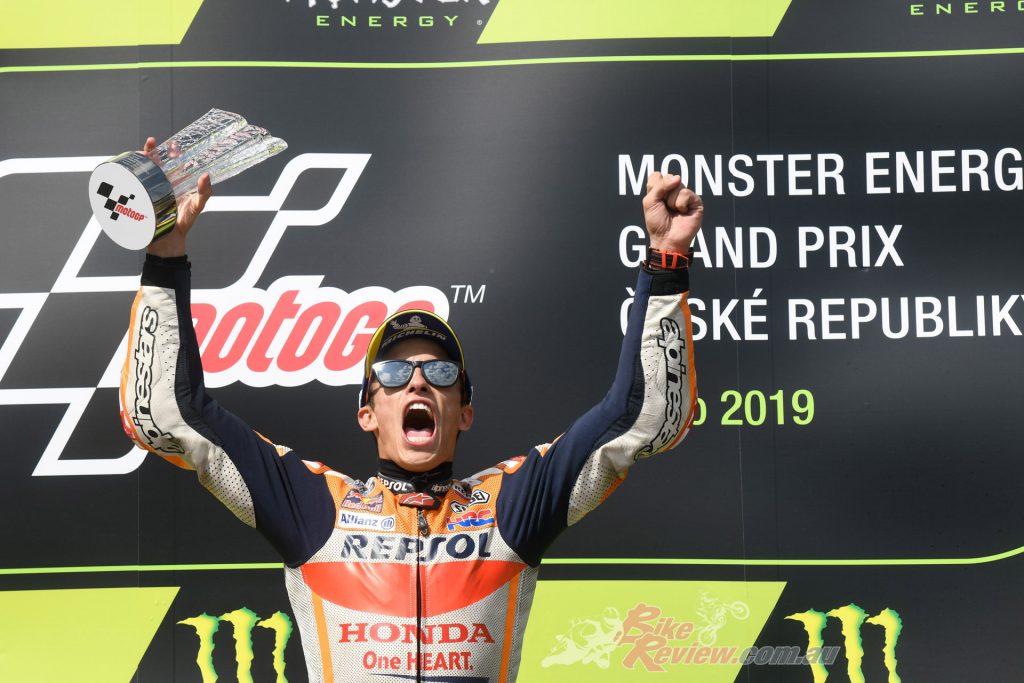 Marc Marquez: “I was really concentrating from the beginning because there were some wet patches still at Turn 1, but I decided to start and keep my rhythm because the Yamaha riders were behind and they were very fast in Warm Up. I saw Dovi was behind me and I just kept pushing and pushing. Around 10 laps to go is when I had a warning, it’s when I started to push more and when I tried to open the gap! I’m really happy, it was a crazy weekend but the Repsol Honda Team were really focused and precise, and that helps me achieve the victory.” 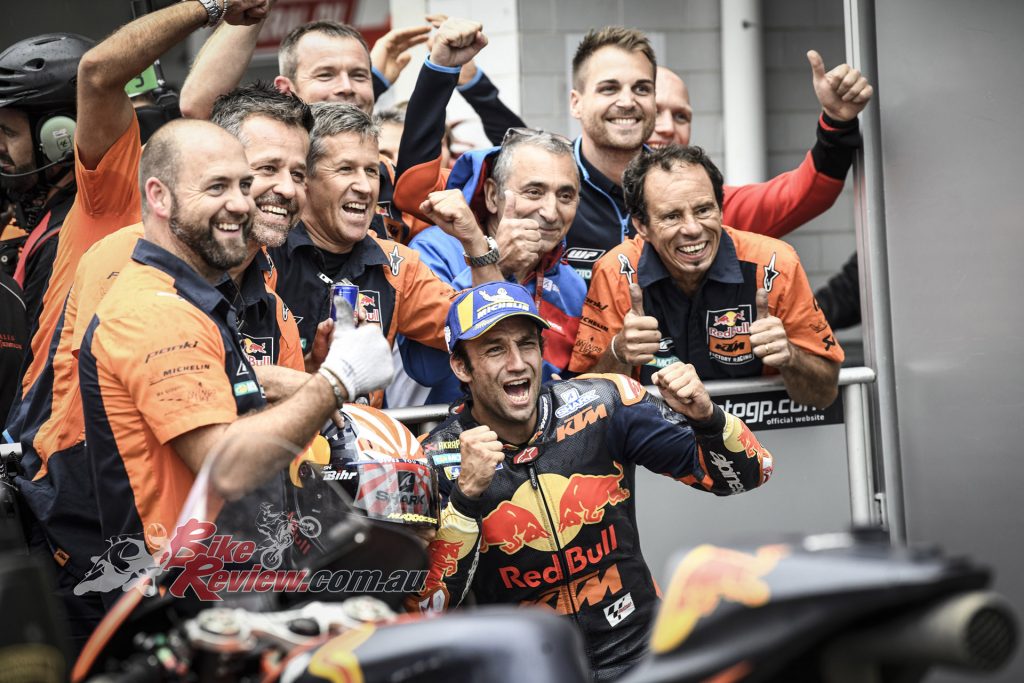