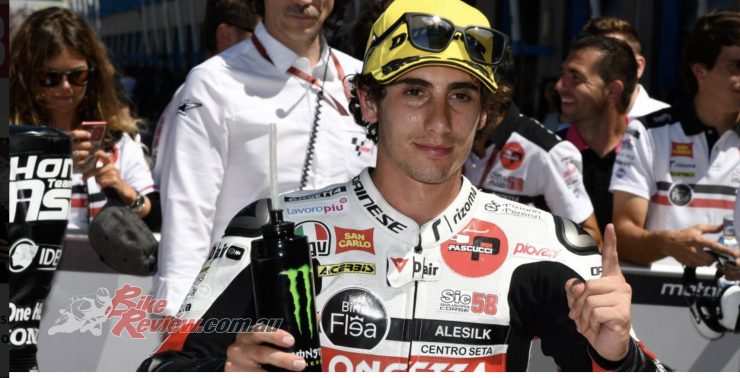 After a run of seven different riders on pole position at the opening seven rounds of the Moto3™ season, SIC58 Squadra Corse’s Niccolo Antonelli will start from the front of the grid for the second time this year after stealing top spot with his final flying lap at the Motul TT Assen. 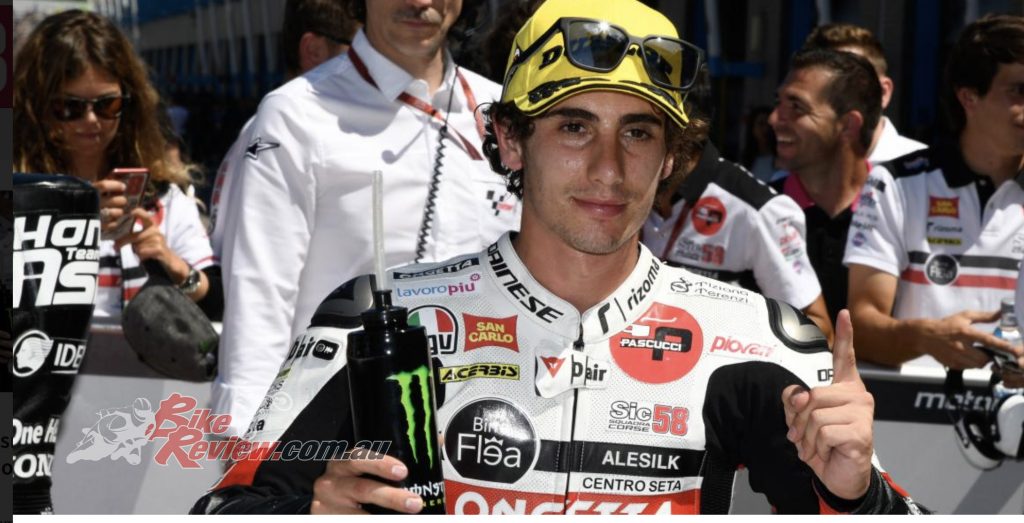 In an absolutely hectic session, it appeared as if Honda Team Asia’s Kaito Toba was on course for a first career pole after going half a second clear with five minutes remaining. However, with the chequered flag out suddenly eight riders went through the first sector at pole position pace.
It was anyone’s guess who would end up on the front row, never mind pole position, but in the end, it was one of the men who didn’t go red in the first sector who claimed top spot after Antonelli clawed back time in the final sector.

The Italian’s 1:41.232 becoming the fastest ever Moto3™ lap around the TT Circuit Assen, surpassing Enea Bastianini’s four-year-old record. Toba had to settle for second place, but it still remains a career best qualifying finish, bettering his previous best of third from the opening round of the year.
Completing the front row for tomorrow’s Dutch TT is the Italian GP winner Tony Arbolino, with the VNE Snipers rider continuing his weekend form after closing the opening day second quickest and then topping the earlier FP3 session. 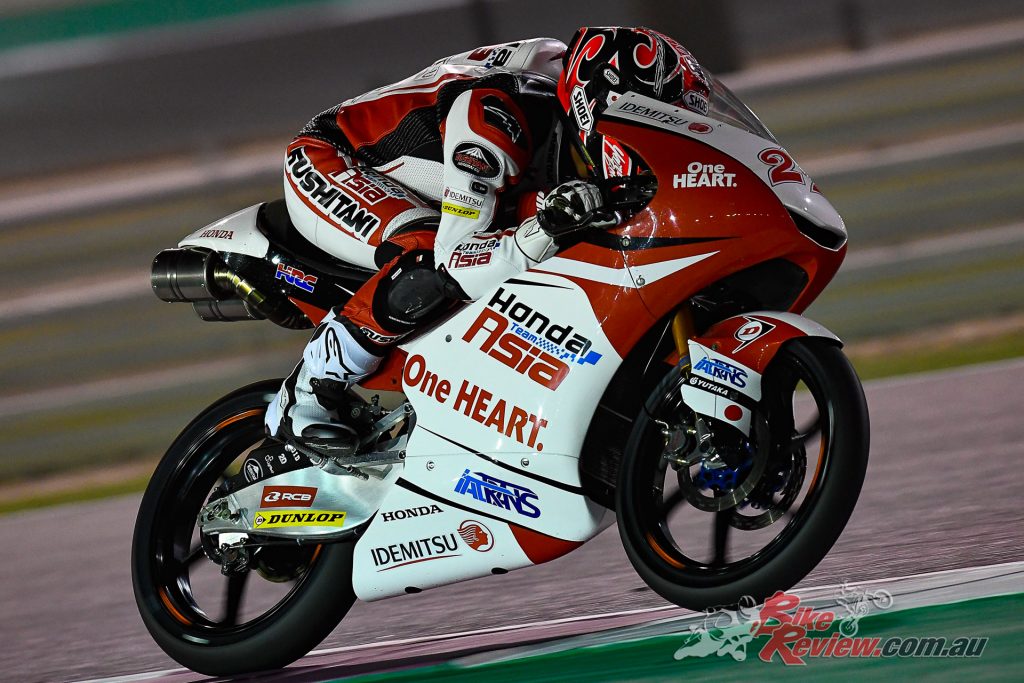 SIC58 Squadra Corse will have riders fronting the first and second rows of the grid thanks to Tatsuki Suzuki clinching fourth spot, ahead of SKY Racing Team VR46’s Celestino Vietti. Ai Ogura ends a run of back-to-back front row starts, but the Honda Team Asia man is still in contention from sixth on the grid.
Redox PrüstelGP’s Jakub Kornfeil continued his best weekend of the season so far by taking seventh spot, a vast improvement after failing to qualify inside the top twenty at the last three rounds. After topping Q1, Lorenzo Dalla Porta (Leopard Racing) will have a close eye on the man to his right on the grid, Sterilgarda Max Racing Team’s Aron Canet. The men first and second in the championship starting side by side in eighth and ninth.

Kömmerling Gresini Moto3’s Gabriel Rodrigo had a monumental moment out of the Geert Timmer chicane at the start of the session but fortunately stayed on to bag a top ten time. However, a six-place grid penalty after taking out Darryn Binder (CIP Green Power) at the Catalan GP means the Argentine starts from 16th.

Ayumu Sasaki therefore is flying the flag for Petronas Sprinta Racing, after a crash for teammate John McPhee in Q1 left the Scot 20th on the grid, from tenth ahead of Raul Fernandez (Sama Qatar Angel Nieto) and Marcos Ramirez (Leopard Racing). 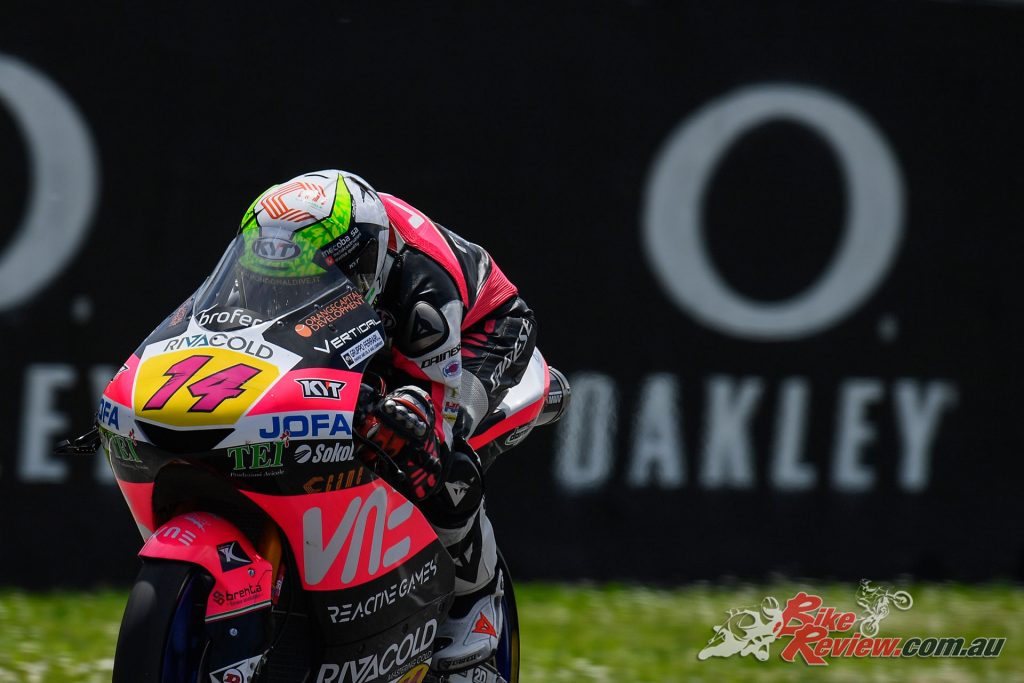