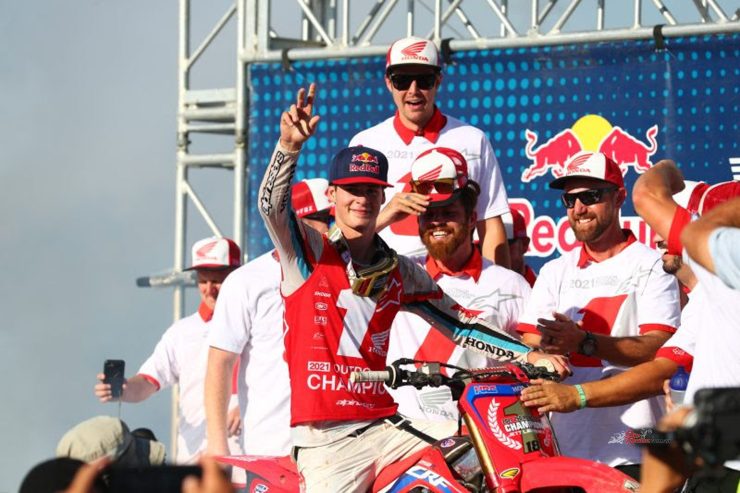 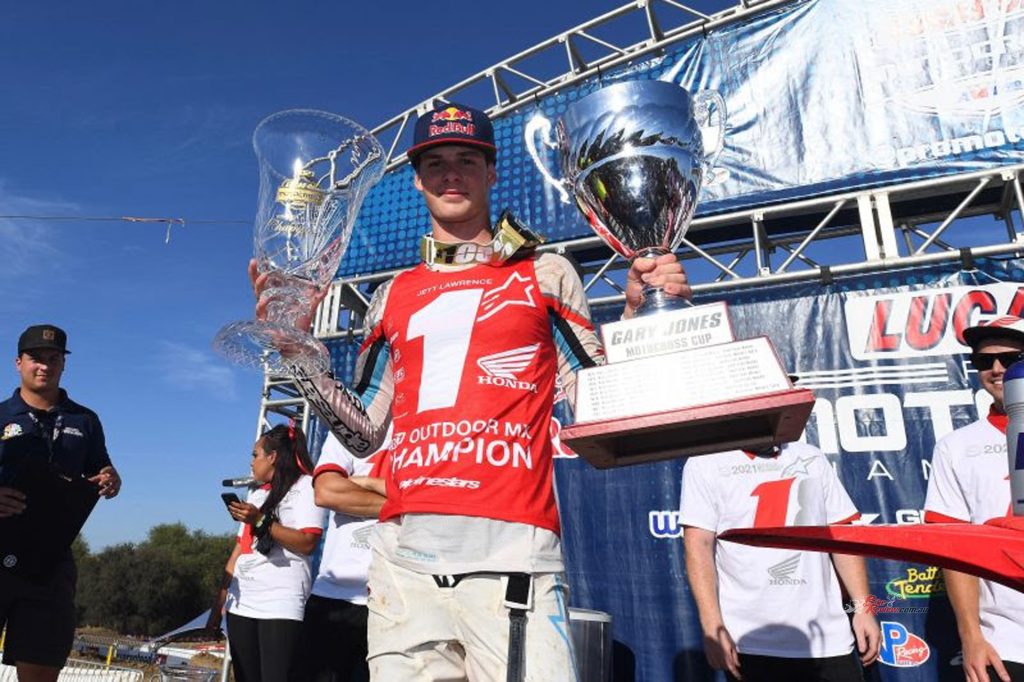 “Oh my goodness, it’s a good day in the end,” Jett Lawrence said. “I think that’s the worst I’ve ridden in a while, but I still got the title…. It feels so great, as we’ve been working quite a while to get this. I’ve got to thank the whole crew for getting me here—my brother, my whole family, my manager and all of Honda and HRC. It’s awesome and we’re going to enjoy it for a little while, but then it will be back to the drawing board for next season to hopefully back it up.”

The Championship title to Jett and the third placing for Hunter has capped of a fantastic year for the brothers. Hunter, who at the start of the year was still recovering from serious injury was always in the Championship chase, topped off a great year with his 3rd placing. The Lawrence brothers began their racing careers in Landsborough, Queensland, and it wasn’t long before they were making their mark on the international stage. 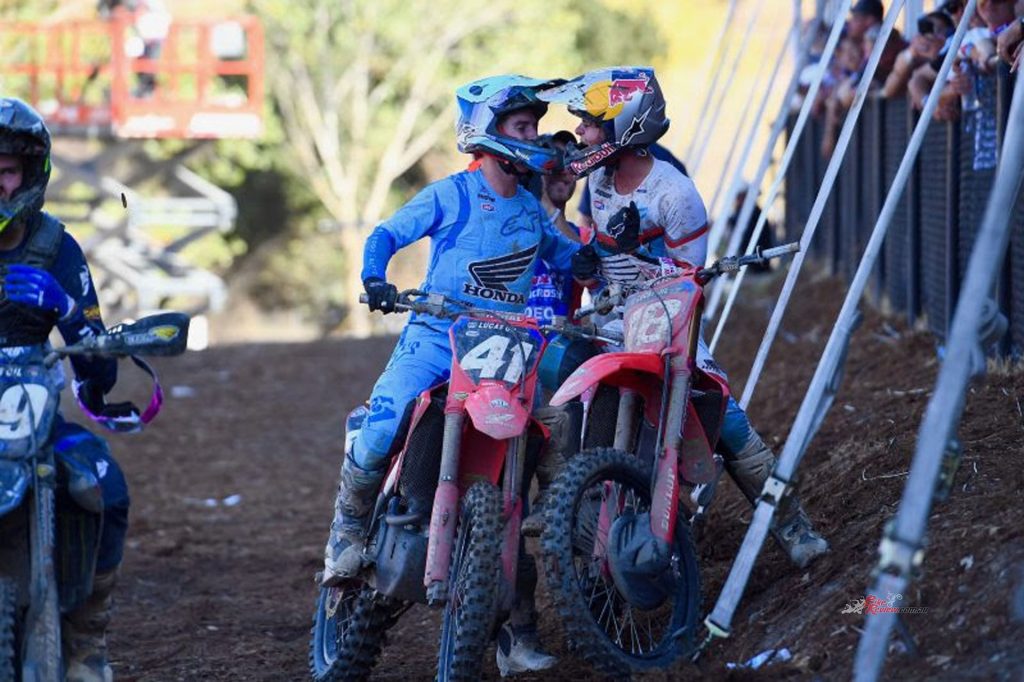 Older brother Hunter finished third in the Championship becoming the first brothers to finish in the top three.

In 2019, the family relocated to the USA where both Jett and Hunter raced for the Factory Connection team on Honda’s with Hunter turning Pro and initially Jett racing as an amateur before turning 16 and making his professional debut midway through the AMA Pro Motocross season. 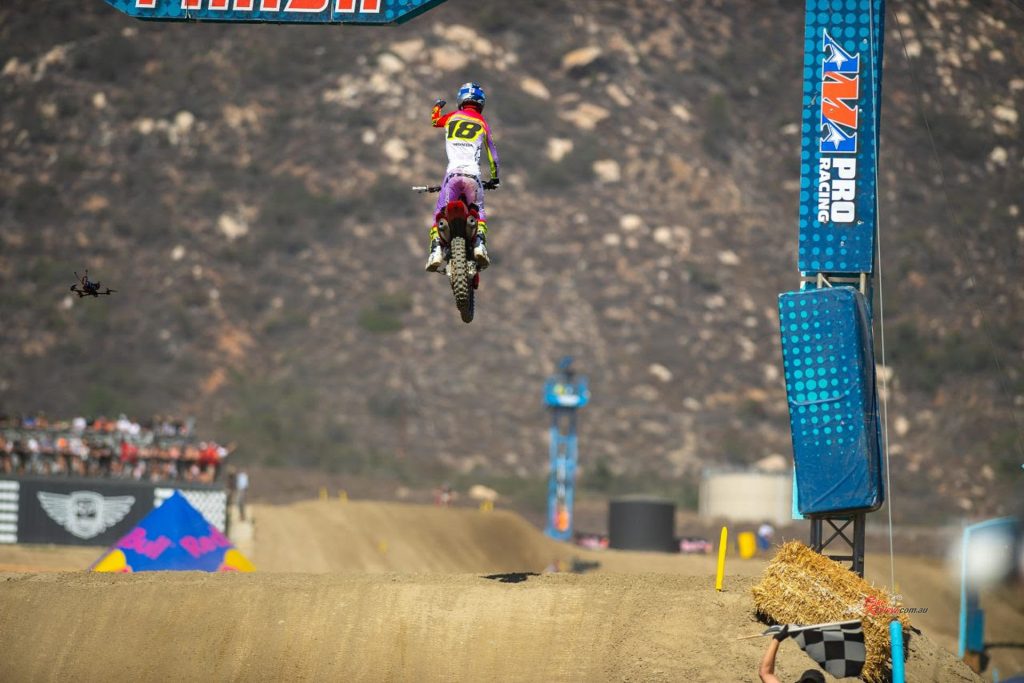 Both riders made a big impact straight away when they arrived in the US, and were the talk of the Championship.

Last season Jett scored his first overall victory at the final round and took the Marty Smith Rookie of the Year Award, With the Factory Connection team folding, Jett and Hunter were signed by the factory Team Honda HRC.

“I’m so proud of Jett and the entire Honda team for this accomplishment,” said Brandon Wilson, Manager of Sports & Experiential at American Honda. “Working with Jett and his family has been an absolute pleasure—obviously for his on-the-bike accomplishments, but also because they’re just good people. On behalf of everyone at American Honda and HRC, thank you Jett, for putting Honda back on top in AMA Pro Motocross. We can’t wait to see what the future holds for you.”