Aussie wild cards turn up the heat in WSBK

Teaming up with ER Motorsports, Sydney-sider Josh Brookes has come full circle since his 2004 World Superbike Championship (WSBK) Phillip Island wild card debut, at the age of 21. Plagued with engine dramas the entire weekend, the now 33-year-old Brookes managed to place 12th on his Yamaha YZF-R1, against the best, high-dollar Superbike teams in the world. 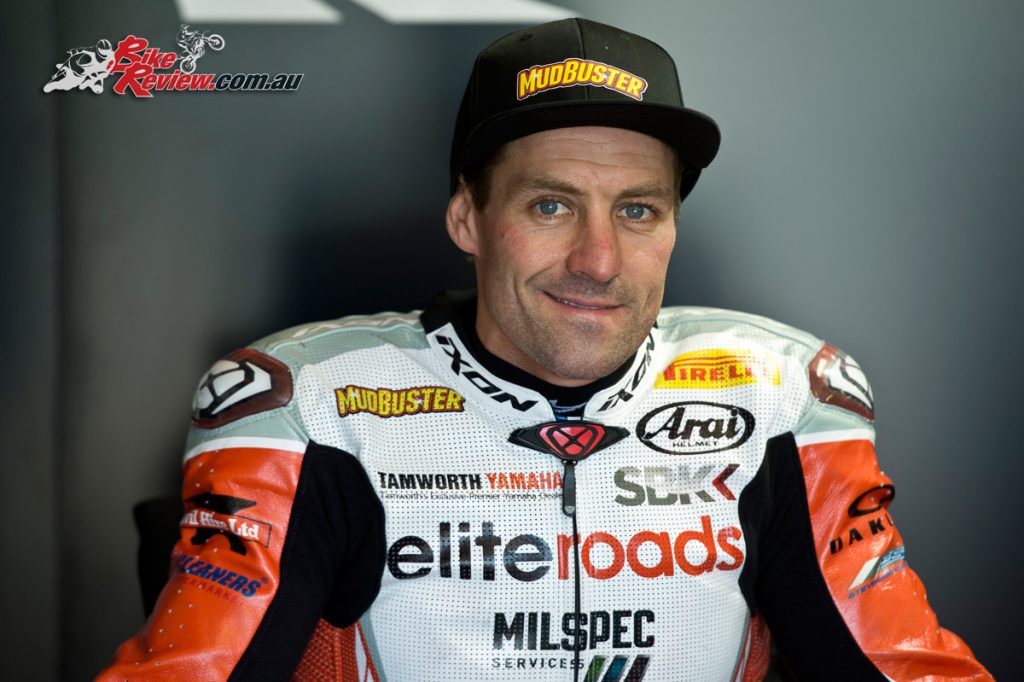 “I felt almost obligated to come to Phillip Island as a WSBK wild card because I am the only rider representing Australia in Superbike. I just came here to do my best and give it my all. We all have. Saturday we blew a water pipe off the motor – we thought it just was a damaged pipe, so quickly replaced it to no avail. We had to strip the motor down and discovered it was a head gasket failure. 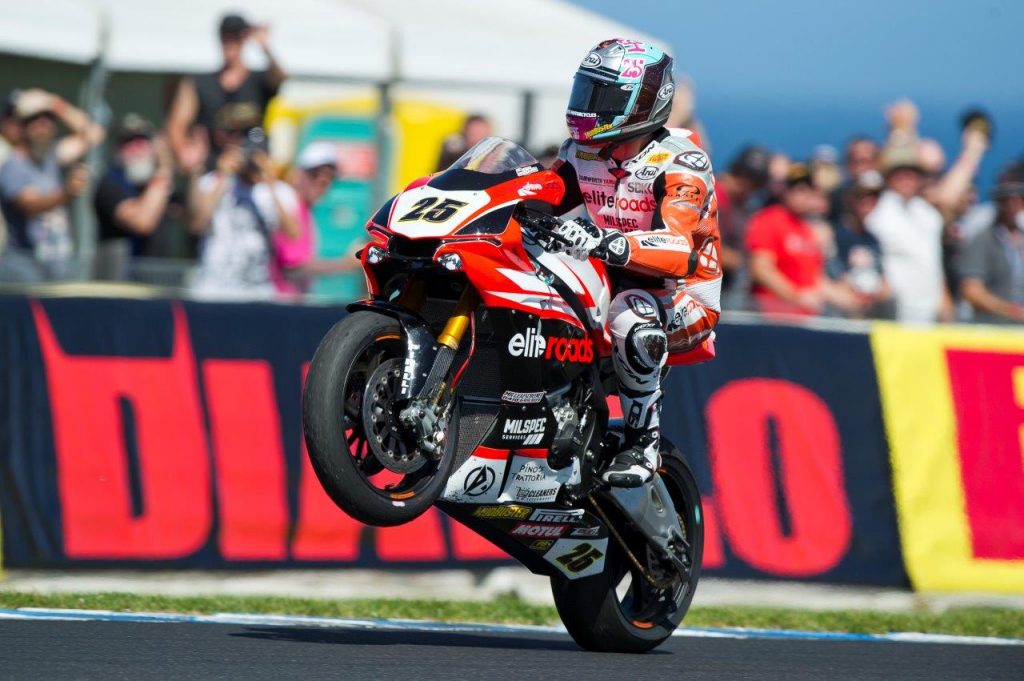 “After warm-up, we saw the water temp was going up again and pressure was building up in the radiator. We had to swap out the head gasket again this morning (Sunday) between the morning warm up and the race. Everyone in the team chipped in and worked like hell. We had a minimal amount of time to do a massive job. We had to rip the engine out, put it side by side with another engine, borrow the head and head gasket off that engine in order to get at least one engine to go! It was a huge effort by the guys and the fact we made it out on track at all this weekend was amazing!” 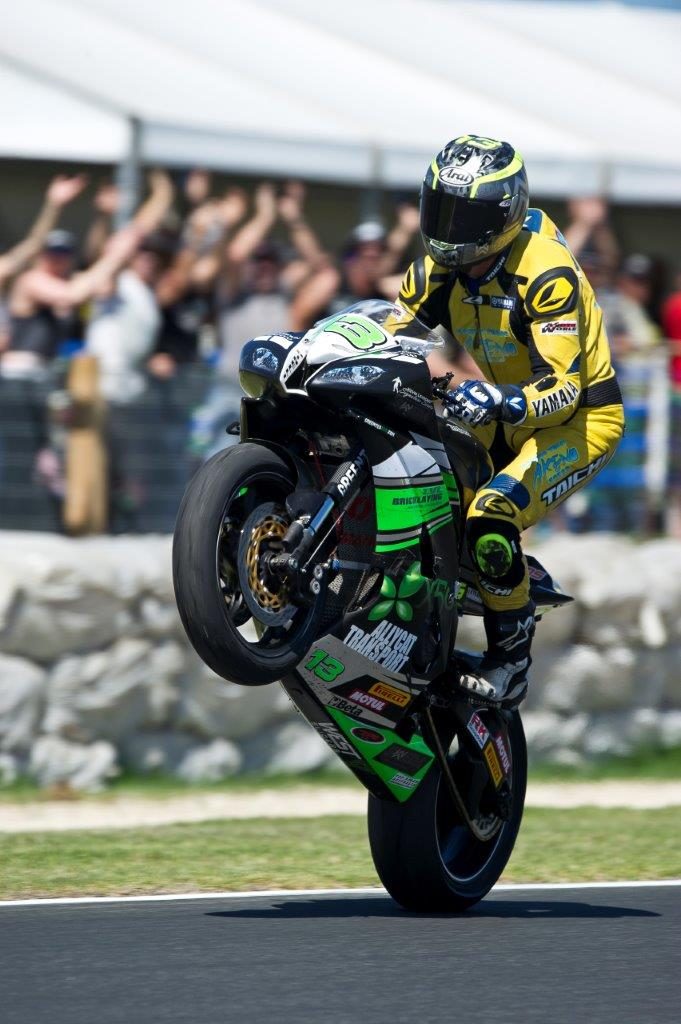 Australian WSBK Supersport wild card, Anthony West (West Racing YZF-R6) managed to pick up the pieces of Supersport carnage in Sunday’s race, finishing on the podium in third place. From the green light to the chequered flag drop, the race saw numerous biff’s, bumps’ crashes and tussles play out in the shortened 10 lapper.

West shared his experience; “I’ve managed to fight my way to be standing here today against high-budget teams, that with our budget shouldn’t even be at the same race! But we did it! We showed them! 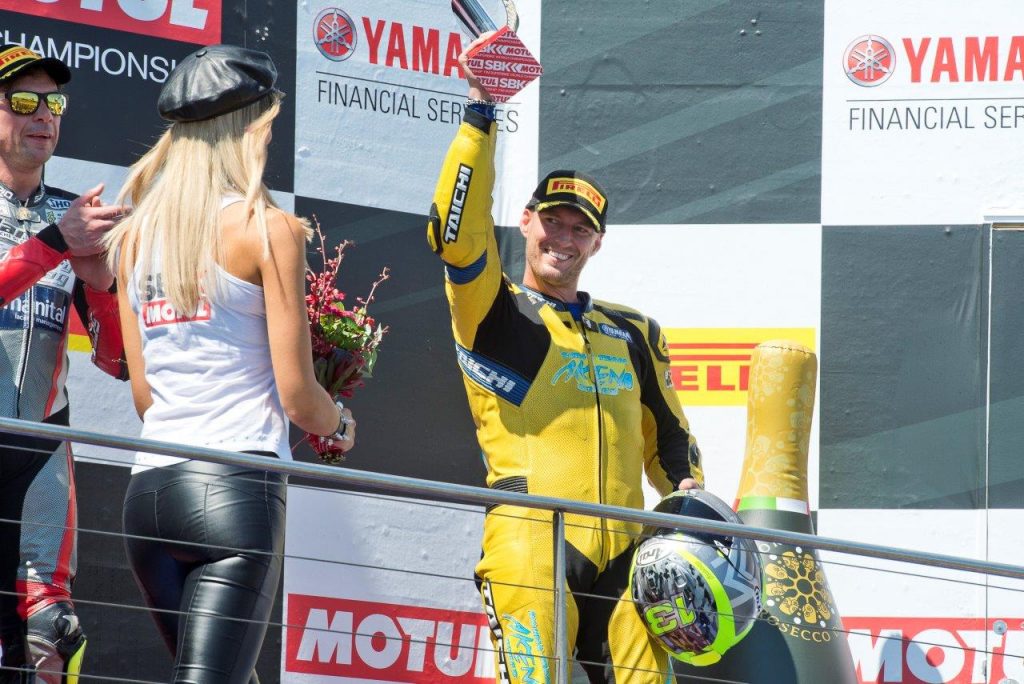 “It’s been a mission and a half getting to this point. I’ve had issues with bad engines and people we thought we could rely on letting us down. It’s been hard work and my team has worked flat out for the past three days solid. We have struck a bit of luck though, when a guy walking past our garage offered his race bike to us. It’s now in the corner of the garage in a million pieces, as we used what we could on my bike! It’s not fast, and we certainly didn’t expect it to be,” West continued.

“To be competitive in Superbike, you need the horsepower – especially at a track like Thailand for the next round of World Superbikes. You can get away with low horsepower here at Phillip Island because of the high speed corners and being consistent and that’s exactly what happened for me here today. If it was any other track, I would not have ended up on podium with that engine, which is at least 10-15 horses down.

“I’d love to keep racing and do more rounds, but there just isn’t the money and I am still looking for a sponsor or three! I had to beg burrow and just about steal to be here today and I’ve completely zeroed my bank account, even selling my car! It’s so important for me to do well here on home soil, and I’ve been proving that I can do well here for years. It’s even better if I could do it on a World Superbike!”

“It’s fair to say that I have not had the weekend I was chasing. I broke my finger in an off yesterday, and unfortunately I’ve not got medical clearance to race again this weekend,” Edwards explained.

Triumph here in the paddock has been brilliant, Euro Twins have had a maddening time sorting it all out, they’re the hero’s here, but it’s obviously not our weekend. We’ll try to do as many club rounds as well as getting to as many ASBK meetings as possible.” Edwards concluded. 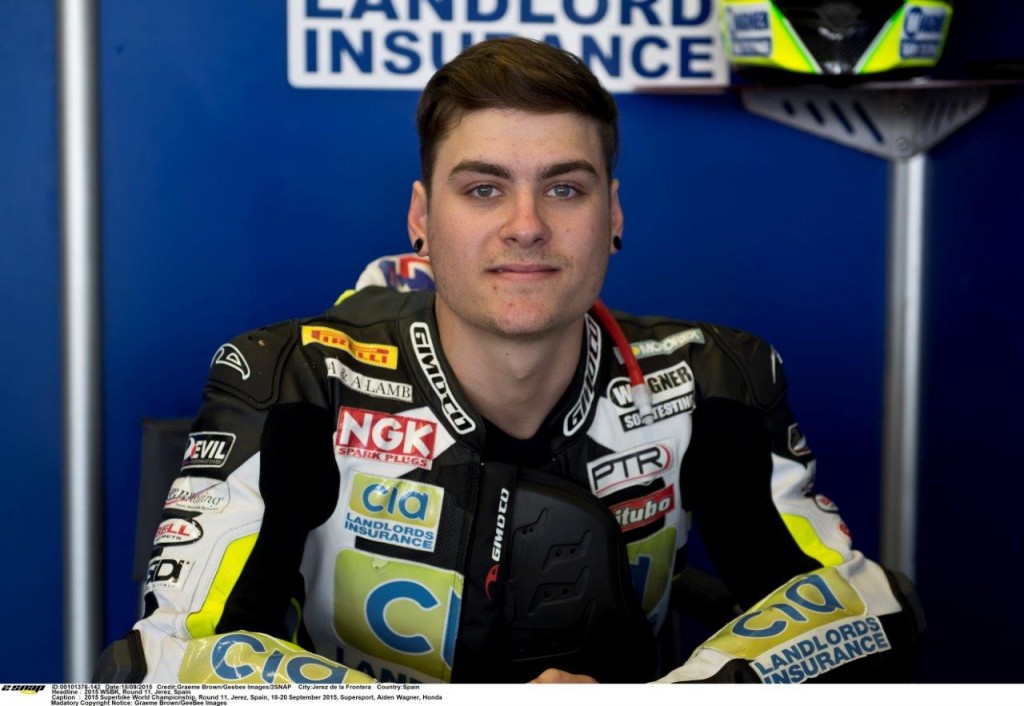 Wagner limped his his Honda CBR600RR around Phillip Island to claim seventh position in a race marred by incidents.

Wagner said; “It was a really great race. We made a mistake in the first part of the race, where I fried the clutch right off the line and with the red flag that came out soon after, there was no time to change it. At the restart, I just had to baby it off the line and nurse it the whole way around. I’m really looking forward to returning to Thailand for the next round as it’s I track I enjoy. I know the areas I can improve on and where to pick up time.”

Epis shared directly afterwards, “That was the most difficult race I’ve ever had. We got off to a great start before the restart and it was hard to find the same headspace again. I had an amazing race with Wagner the whole way and we both managed to finish up top 10! It’s a great way to start the season ahead of Thailand and hopefully we can keep going and remain inside the top 10 guys.”