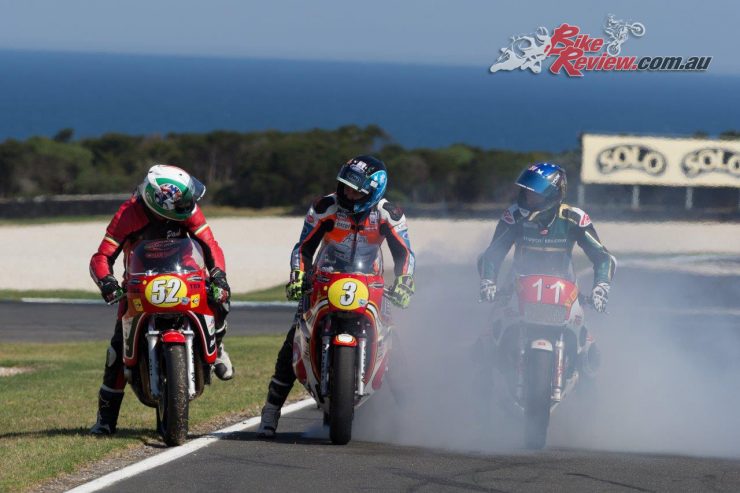 Under a baking sun and fierce humidity at the Phillip Island Grand Prix Circuit, Australia has sensationally reclaimed the International Challenge trophy from the United Kingdom at the 25th running of the iconic Island Classic.

Led by the highest individual points’ scorer, David Johnson (Suzuki), Australia completed the four-nation event on 685pts, comfortably ahead of the UK on 654pts. America was third on 465pts, followed by New Zealand (319pts). 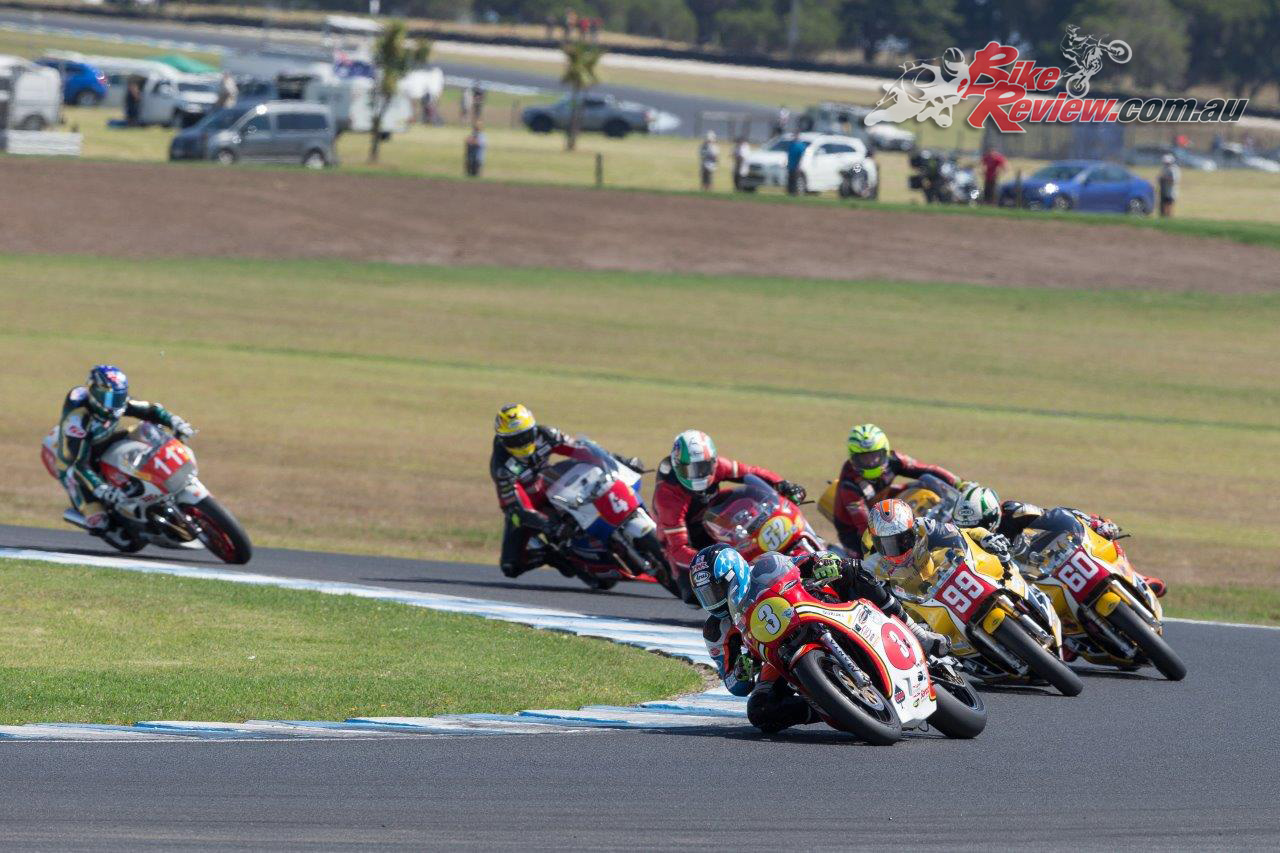 However, there were still some nervous moments for the host nation. Australia’s lead in the International Challenge only ballooned in the fourth and final six-lap race. Five Aussies finishing inside the top 10 was a big plus, while a crash by UK fast man Glen Richards (Yamaha) and the absence of American sharp-shooter Jason Pridmore (he blew an engine in race three) also helped their cause.

Australia’s win in the International Challenge was its first since 2014.

“I’m really happy to win overall, but more importantly to help Australia retain the International Challenge,” said an elated Johnson who hails from Adelaide, but races predominantly in the UK. “My tyre wasn’t enjoying the heat in that last race, so when McWilliams passed me he gapped me straight away. But that doesn’t matter: to be a part of a winning team is what it’s all about.” 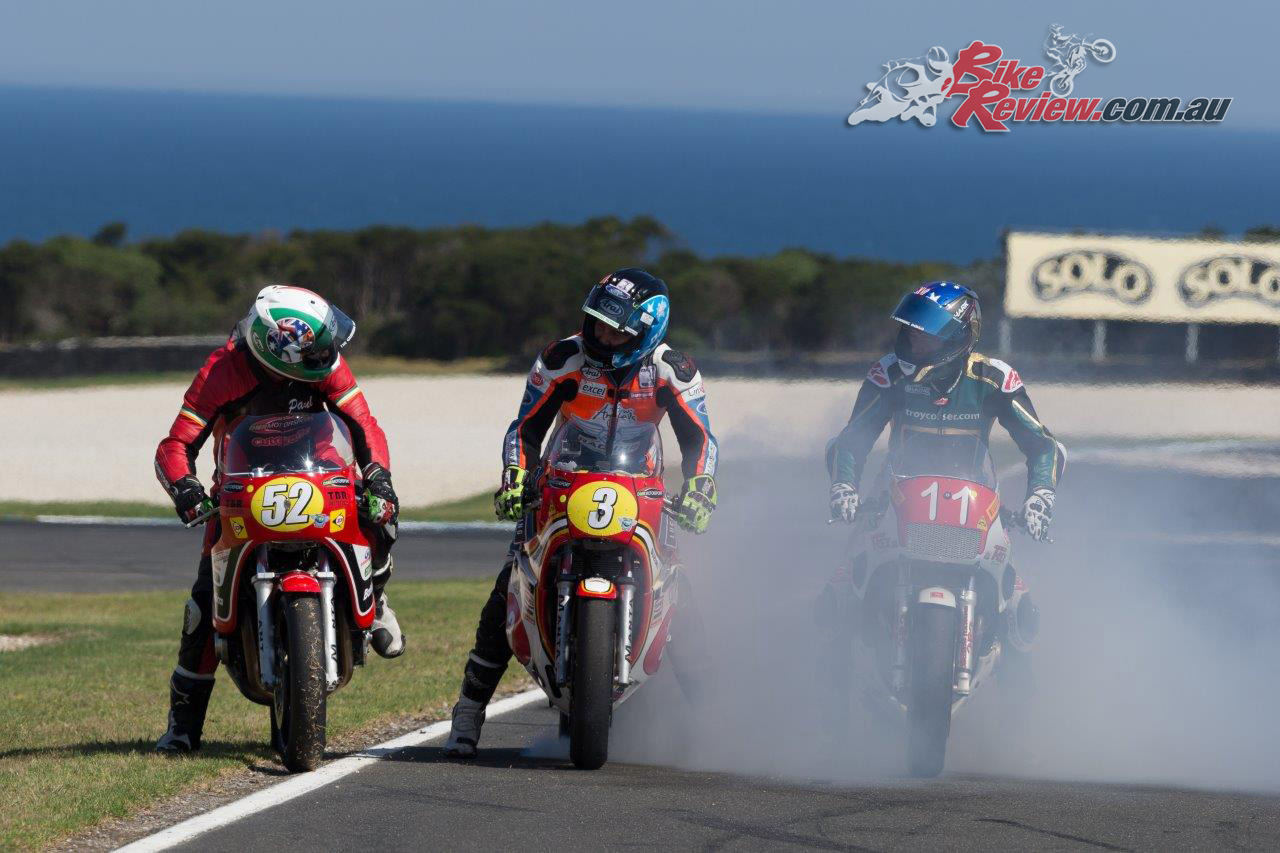 Thirty-five year old Johnson’s second place in the final race was enough for him to defeat Jeremy McWilliams (Yamaha) by 1pt (158 to 157) in the prestigious Ken Wootton Perpetual Trophy. 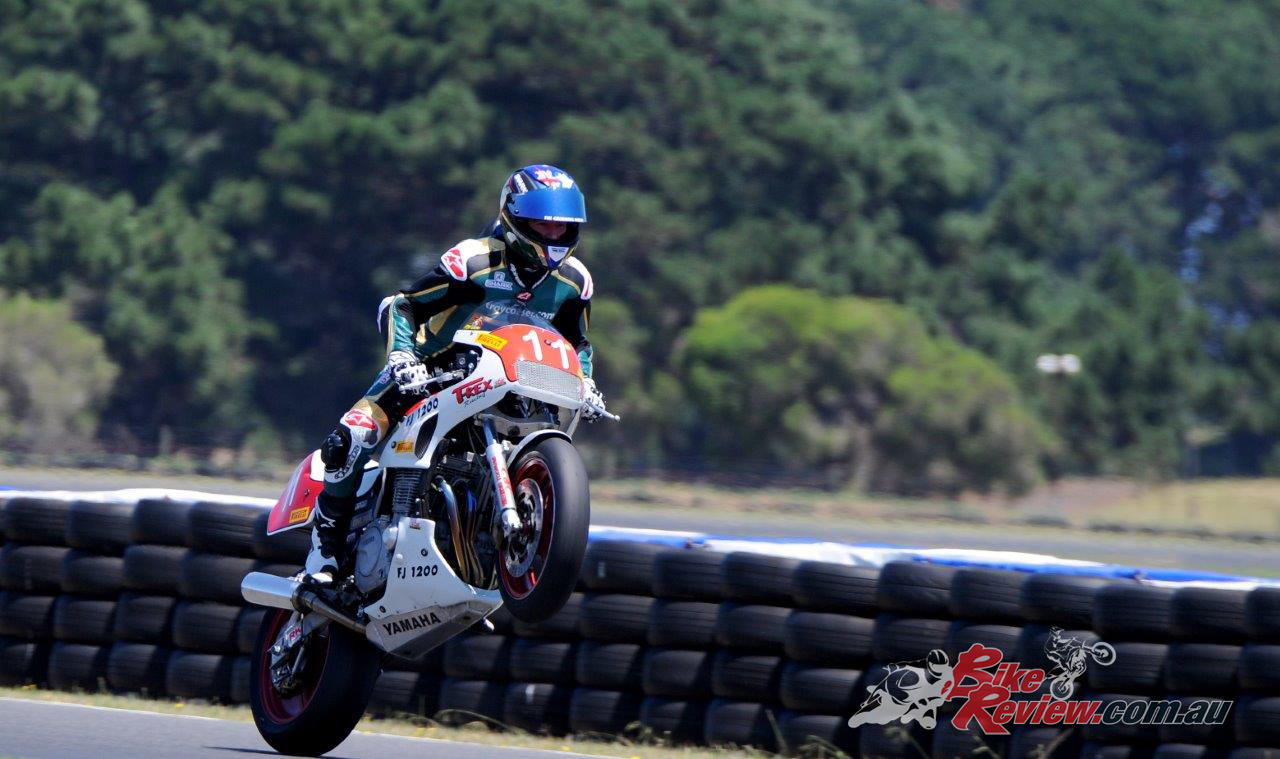 It was a frustrating Sunday for Corser, a renowned Phillip Island specialist, who was forced to start from pit lane in race three after he failed to grid up on time. He then copped a further two-row grid sanction for the final race after another misdemeanour – but a customary lighting start from the two-time WorldSBK champion saw him immediately battling inside the top five. He eventually finished on the tail pipe of British superbike campaigner, Linfoot (Honda).

“I go away from the line pretty well, but unfortunately after that I couldn’t go any further,” said Corser. “Linfoot was faster down the straight but I was just going as fast as I could into turn one to stay in front of him. He eventually got ahead of me and I just couldn’t get him back. Overall, it’s been a brilliant weekend and I’ll be back next year for sure!” 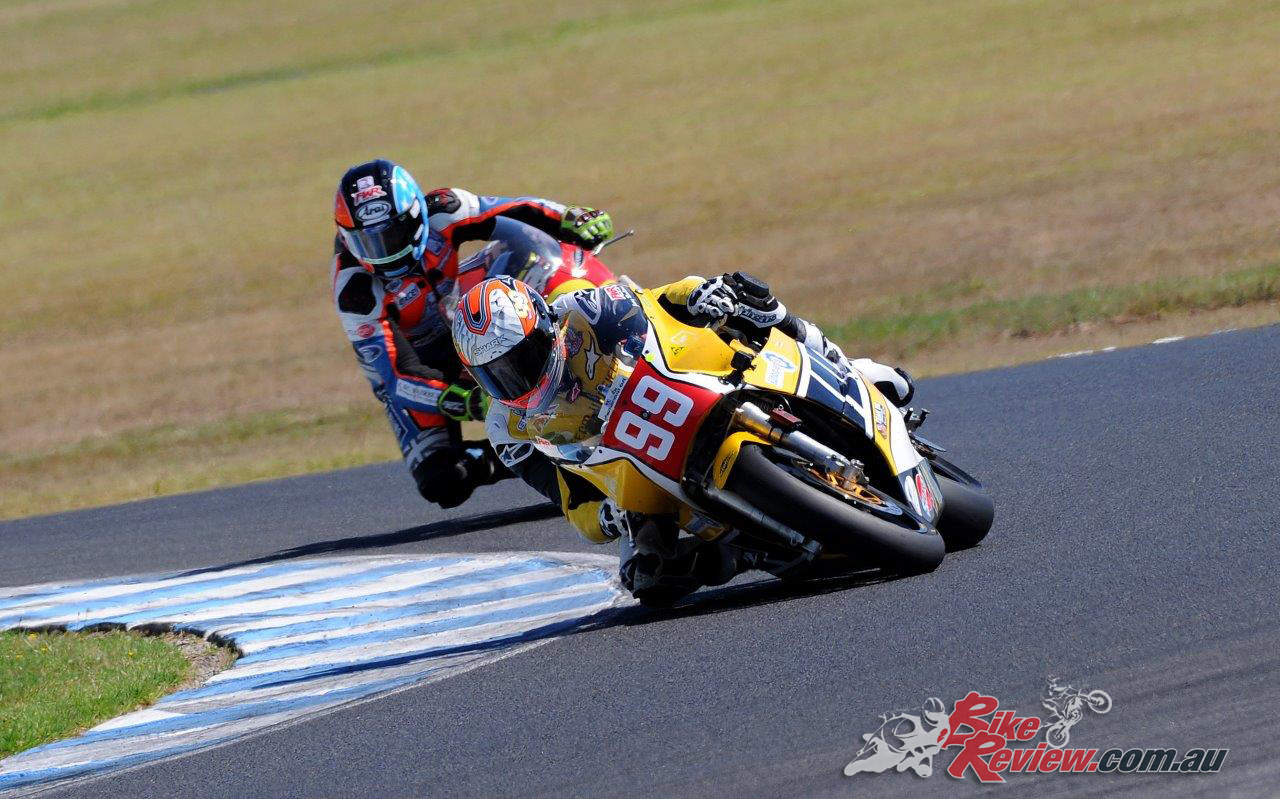 Meanwhile, McWilliams acknowledged a lack of consistency for the UK squad in 2018 was its Achilles heel. “Losing Glen (Richards) in that last race was disappointing, as he was one of our main point scorers,” said McWilliams, who has now finished every one of the 28 International Challenge races he has contested. “I knew what I had to do – get out the front and fight with Johnson – and the others knew what they needed to do. However, a fair share of mechanical issues have really hurt us.

“Once the Aussies got the jump it was very hard to claw them back. And the Aussies were always going to win back the International Challenge one day – but we’ve been doing our best to stop them!” 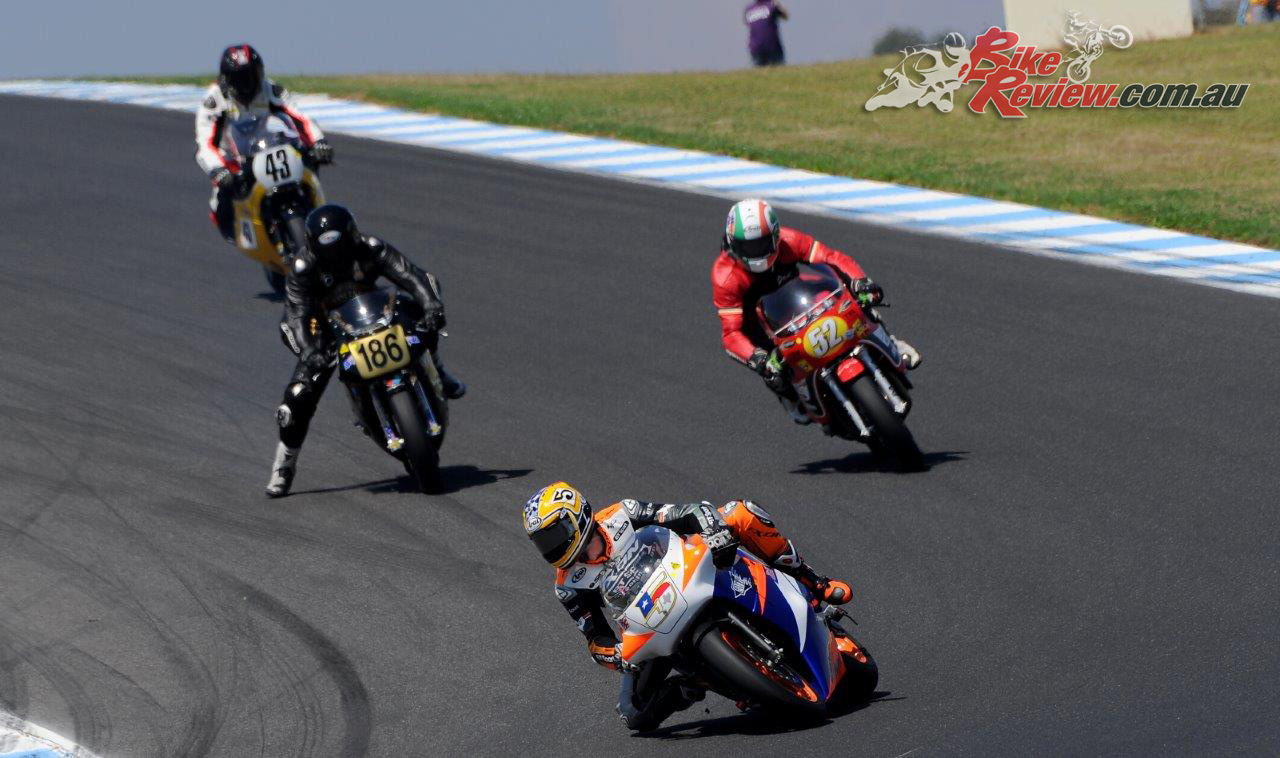 America was the biggest improver in 2018, but its campaign ended in disappointment with Pridmore (Yamaha) and Jake Zemke (Yamaha) unable to participate in the final race because of mechanical problems.

Colin Edwards, also making his first International Challenge debut for America, was a big rap for the event. “I had a blast and it’s been so much fun, even though I had big problems in the opening two races,” said Edwards. “But you live and learn, and there’s no doubt we were under prepared compared to Australia and the UK.”

Edwards was the highest individual points’ scorer for America in the International Challenge in eighth overall, while Damien Kavney (Suzuki) was the top New Zealander in 15th position. 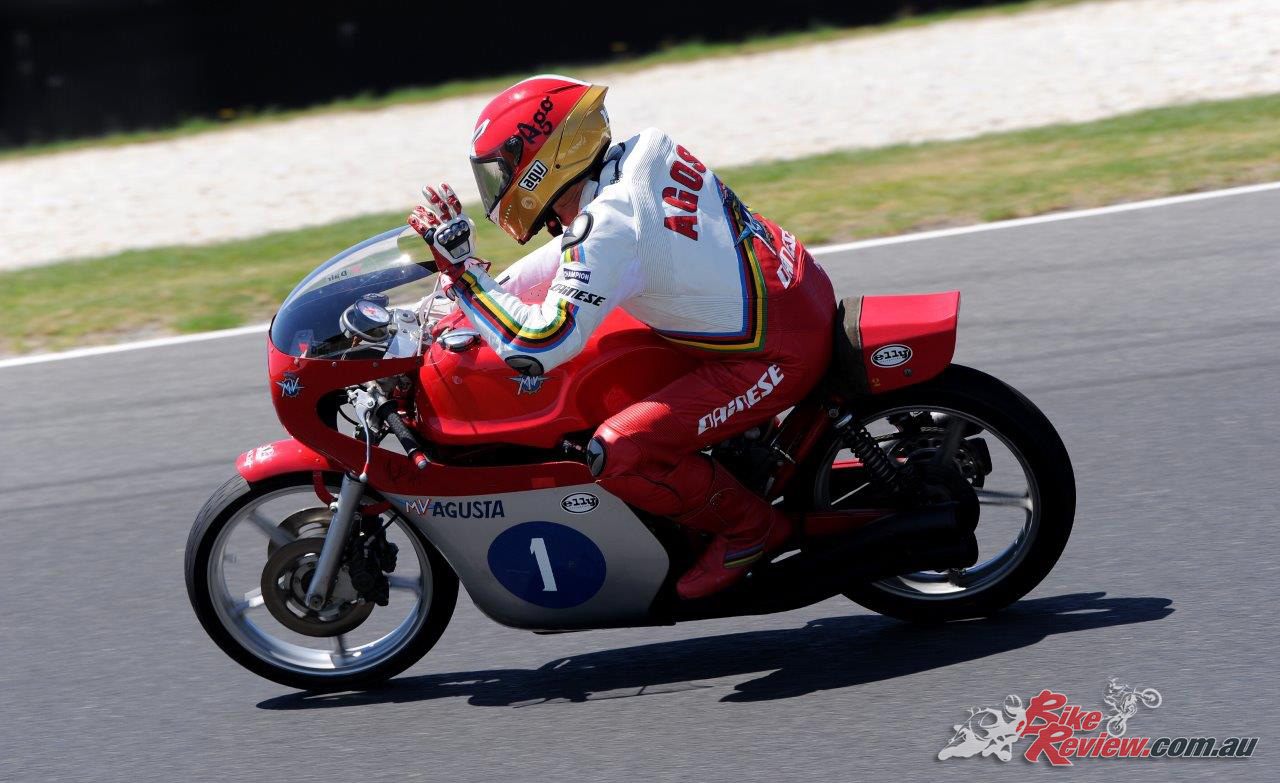 Fans also flocked to the island over the weekend to see the most successful GP motorcycle racer of all time, Giacomo Agostini, who travelled to Phillip Island from Italy with four beautiful MV Agusta classic bikes. Two of the precious MV’s he rode to world championship victories from 1966 – 1973, and the 75 year old legend thrilled race-goers by parading the original four-cylinder 350cc machine of his 1972 and ’73 titles so fans could “hear the music of the engine”. 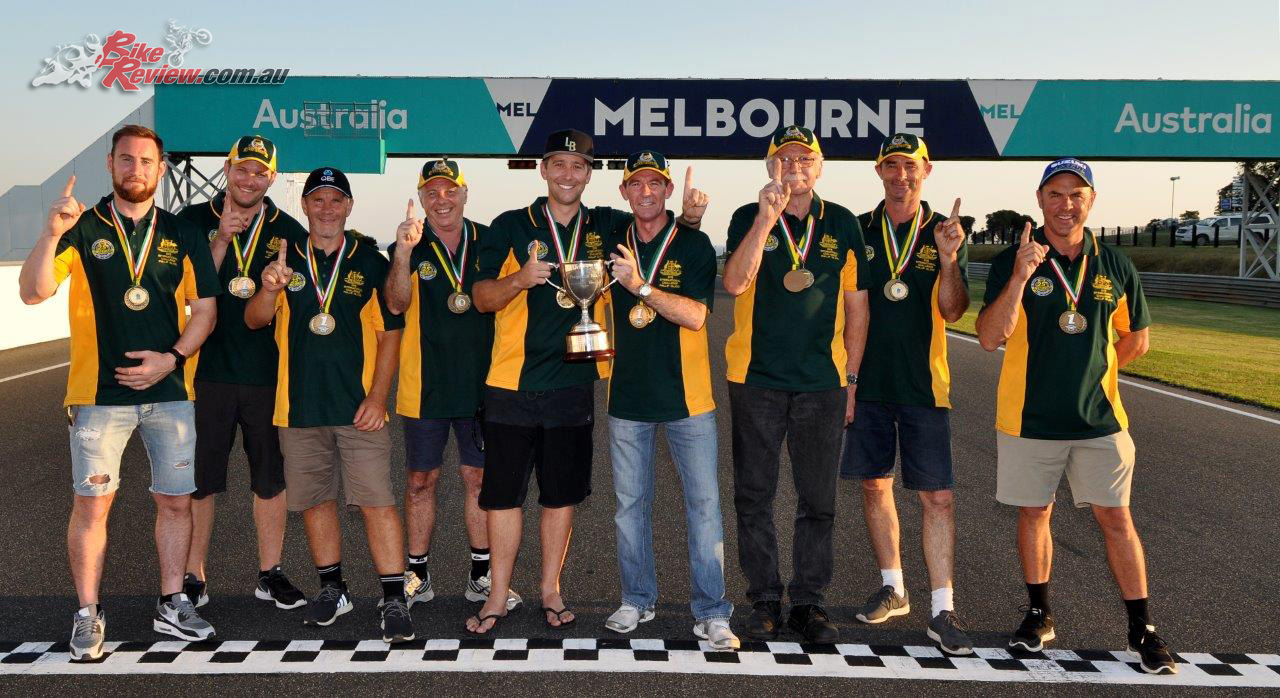