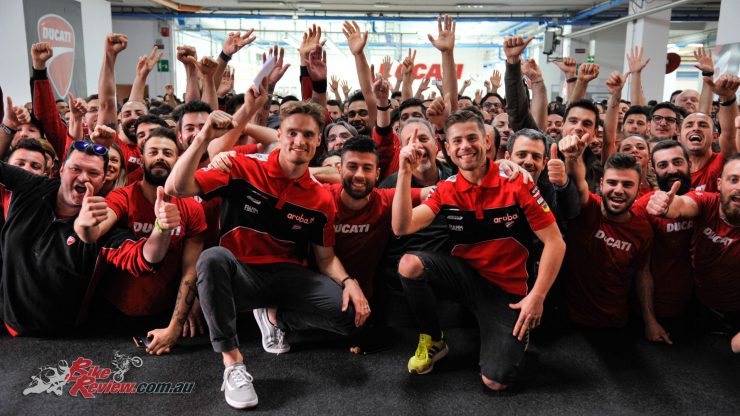 The Ducati factory in Borgo Panigale, the two factory Superbike riders – together with the entire workforce of the Italian manufacturer – celebrated the prestigious milestone of 350 wins in the Superbike World Championship, which was achieved in the third race at Aragón in Spain on 7 April. 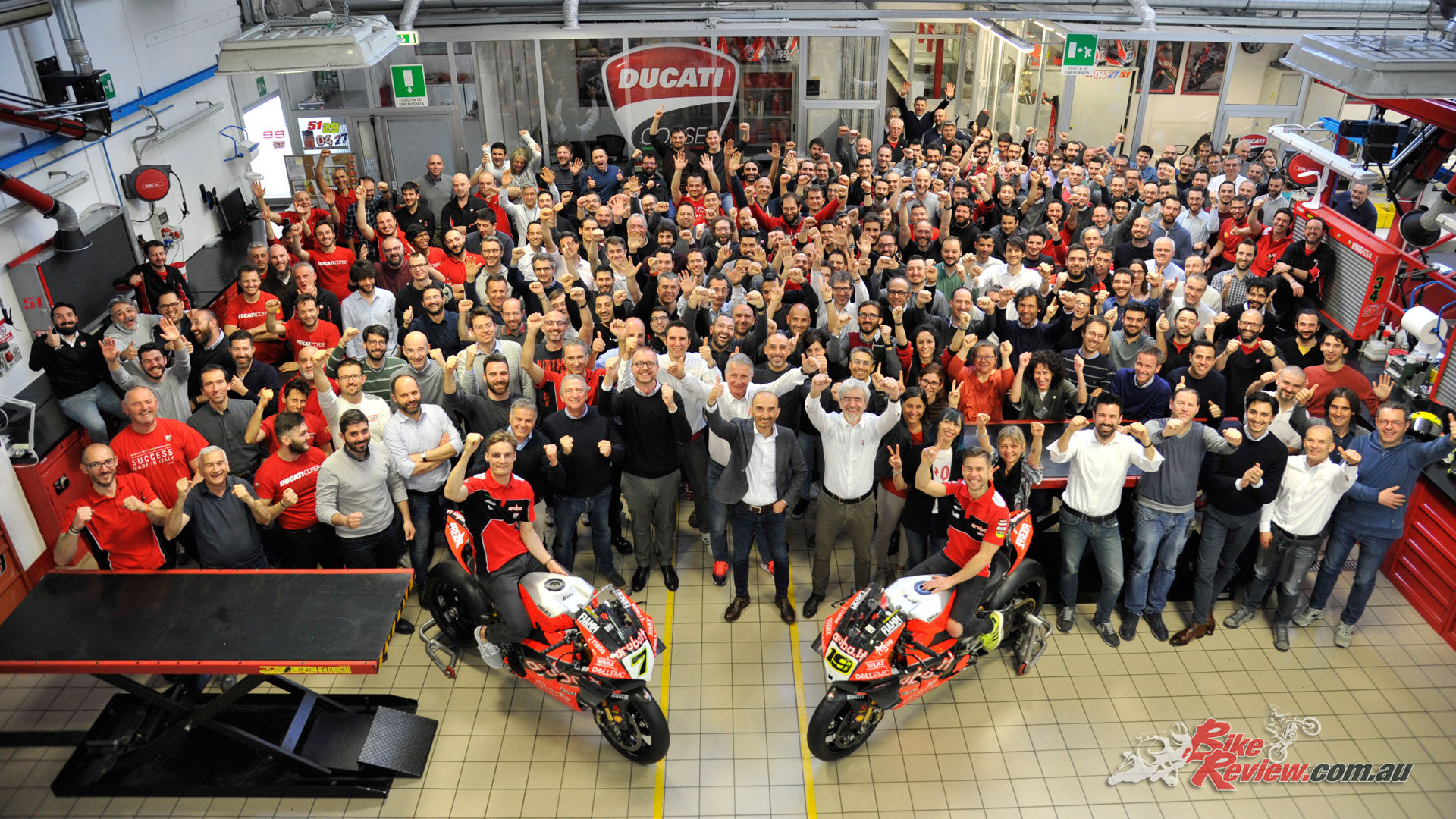 The honour of setting this record went to Álvaro Bautista. The 34-year-old rider from Talavera de la Reina (Spain), who is making his debut in the production-based series, has dominated the first part of the 2019 season, with 11 successive wins to his name aboard the new Ducati Panigale V4 R.

Also present at the company celebrations was his team-mate in the Aruba.it Racing – Ducati team, Chaz Davies, who has taken 25 of Ducati’s 350 wins, all scored by the Welsh rider on the twin-cylinder Panigale R. 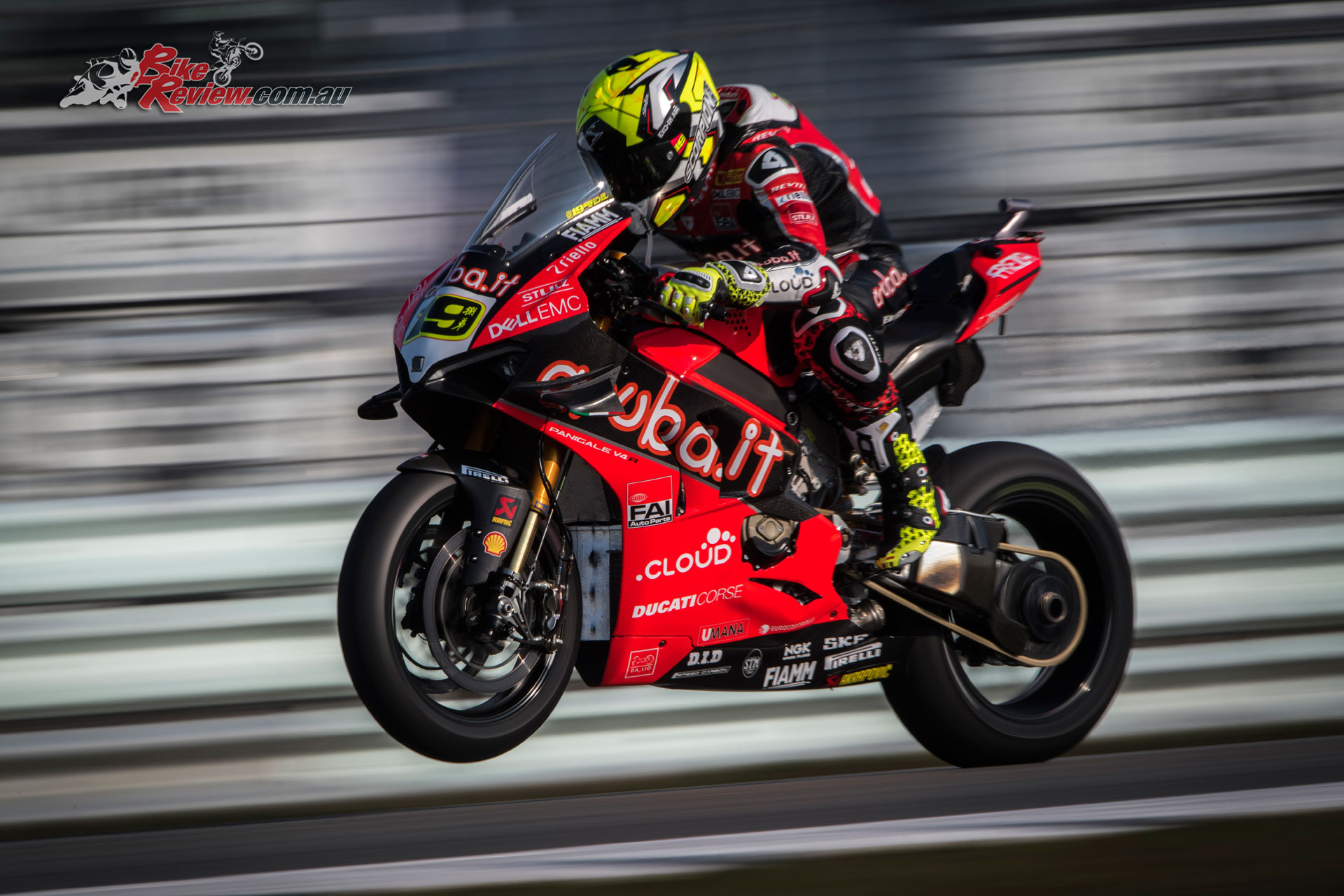 Alvaro Bautista made it 11 in a row in The Netherlands

A curious fact is that win number 350 obtained by Bautista came exactly 31 years after Ducati’s first victory in the Superbike World Championship, which dates back to 3 April 1988, when Marco Lucchinelli triumphed in race 2 at Donington (UK) on a Ducati 851.

Ducati arrived at a total of 352, with the two wins scored by Bautista in the Dutch World SBK Round at Assen (Netherlands). Álvaro’s bike derives closely from the Panigale V4, the production bike that Ducati has developed by making good use of the experience accumulated in 15 years of MotoGP. 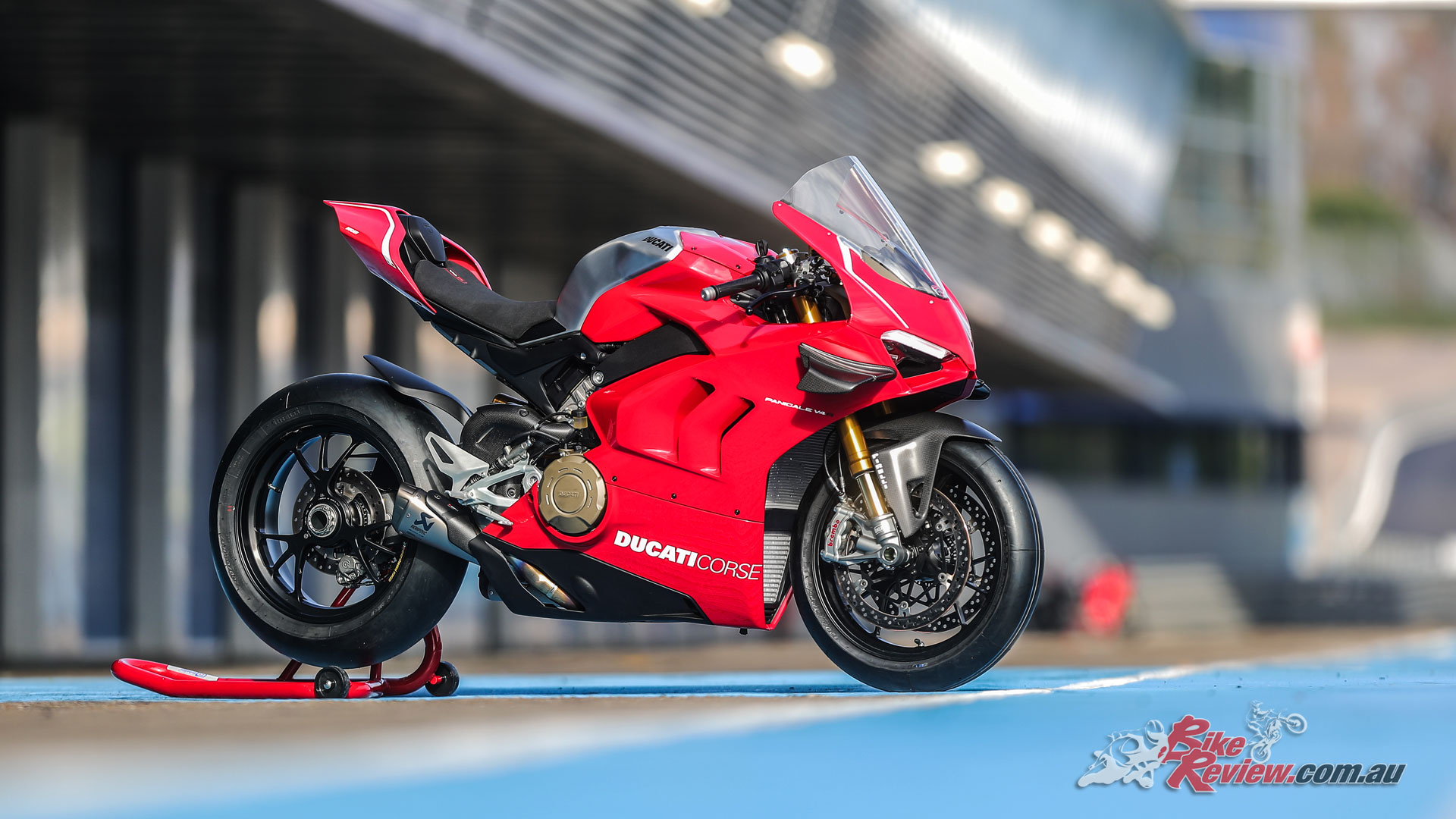 The starting-point for the Superbike racer is the R version of the Panigale V4 which, with 221 hp, is the most powerful sports bike on the market today.