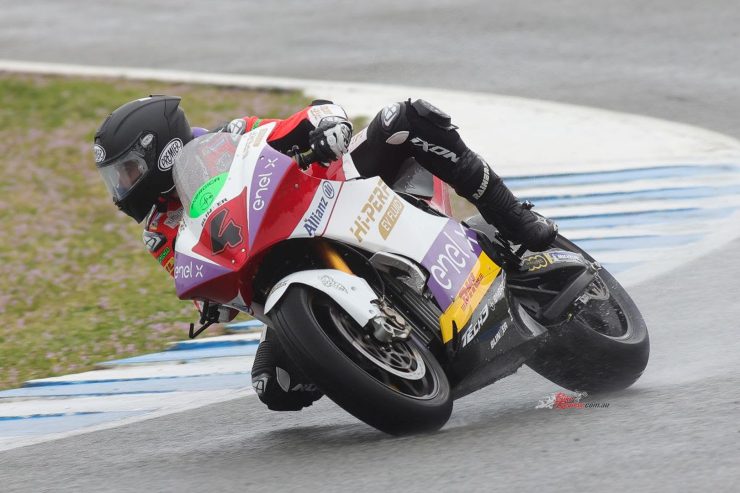 Canepa quickest on rain-hit Day 2 Of Testing for MotoE

Day 2 of the Official FIM Enel MotoE™ World Cup pre-season test at Jerez saw a trio of fresh names rise to the fore as rain affected play, with the returning Niccolo Canepa (WithU GRT RNF MotoE™ Team) heading the timesheets by the end of the day. 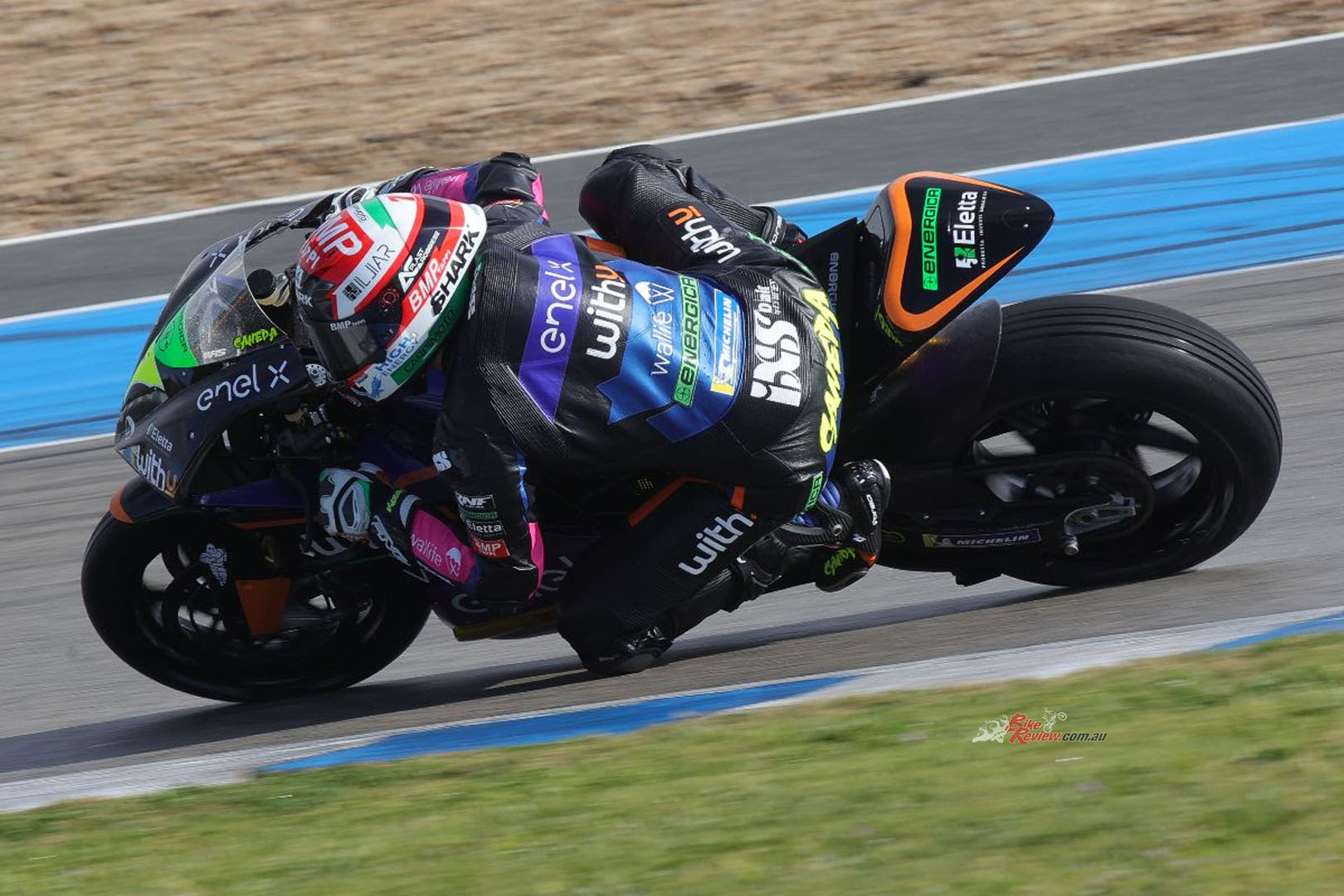 The second day of pre-season for the FIM Enel MotoE™ World Cup saw rain affect play and a new trio rise to the fore.

As well as track time in itself being a key focus for the field, there are also some bike updates from Energica to put through their paces, specifically a new motor and inverter. The bike is now lighter, and with that being one of the key aims of the project since the inception of the Cup.

Behind Canepa at the top with his 1:58.895, second fastest was Marc Alcoba (Openbank Aspar Team) as the Spaniard impressed to end the day 0.189 in arrears. Hikari Okubo (Avant Ajo MotoE™) was third quickest as the Japanese rider prepares for his second season in the Cup, but was also one of three crashers in the wet first session, along with Xavier Cardelus (Avintia Esponsorama Racing) and the returning Bradley Smith (WithU GRT RNF MotoE™ Team), riders ok. 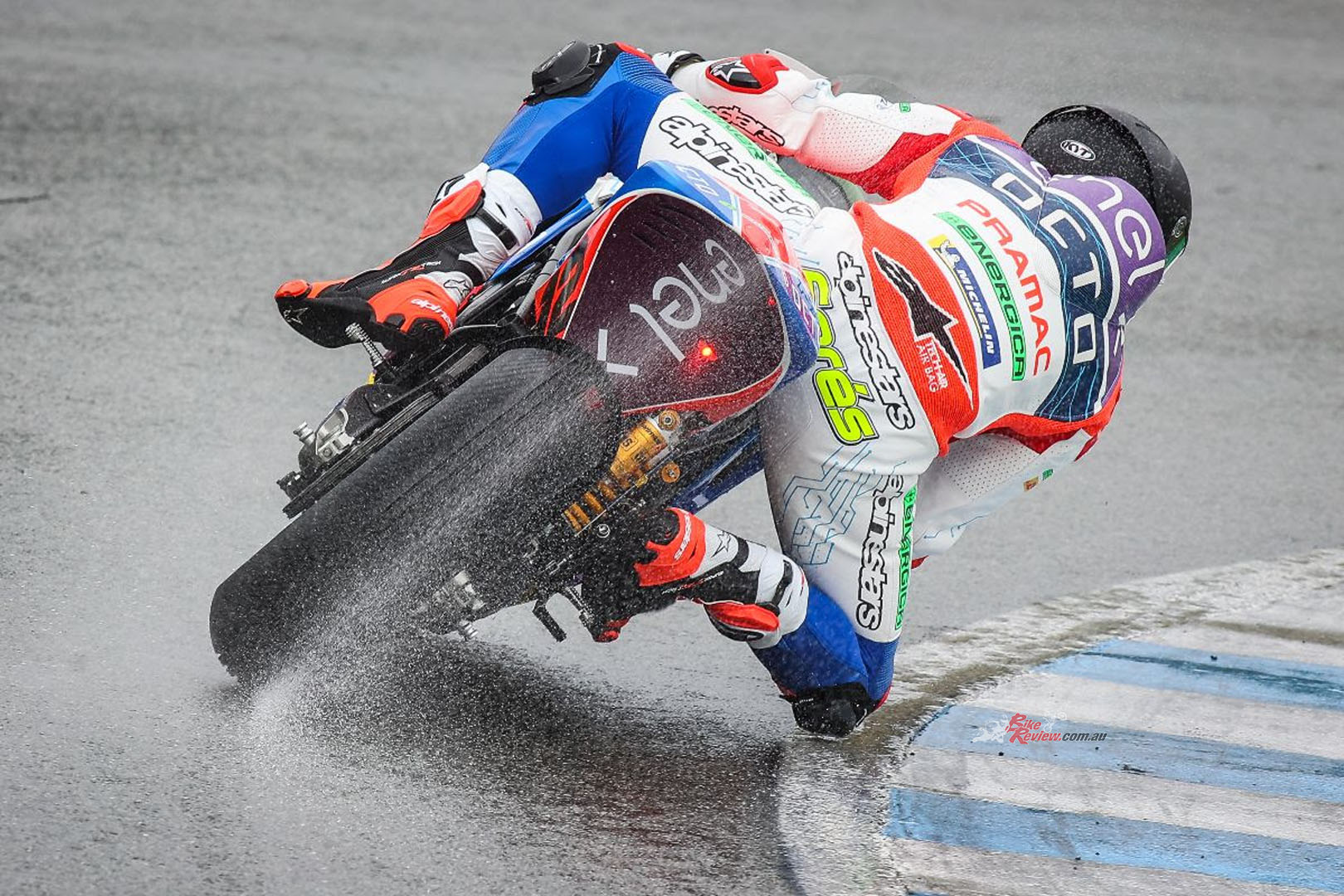 Once again, the field had three sessions, with the second and third proving the most useful running. The first was very wet, the second still affected and the final session mixed.

2019 Cup winner Matteo Ferrari (Felo Gresini MotoE™) slotted into fourth, with Eric Granado (LCR E-Team) completing the top five and from his best lap set in Session 2. The Brazilian then suffered a crash in the second session and sat out the final session of the day, as well as likely being sidelined from Day 3. 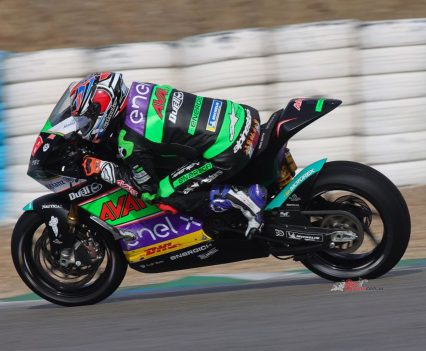 Okubo got the hammer down on Tuesday. 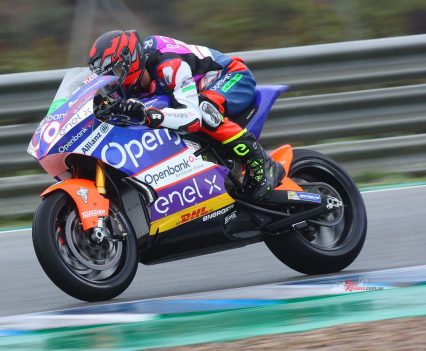 Sophomore Miquel Pons (LCR E-Team) remains absent after the Spaniard had to undergo surgery due to appendicitis before the test.