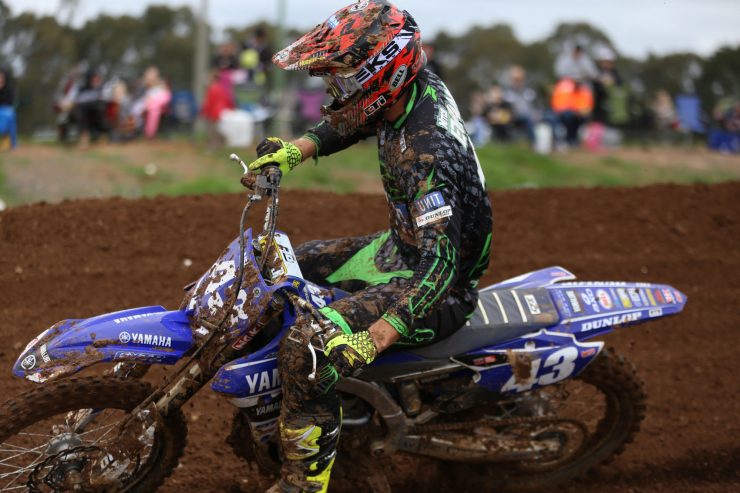 Mitch Evans puts in a commanding performance at Shepparton.

Evans Takes Two in a Row

Yamalube Yamaha Racing’s Mitch Evans made it two round wins in a row after another commanding performance at round eight of the MX Nationals at Shepparton in Victoria that saw him take both race victories in a stellar day for the north Queenslander.

The mid-season form revival has now seen Evans move into the championship lead after round eight but with points extremely tight at the top of the MXD points table, Evans is aware there is still a lot of work to be done.

On a wet, rutty and challenging Shepparton circuit, Evans started the day out in good fashion taking the fastest qualifying lap and getting the all-important first pick of the starting gate for race one. 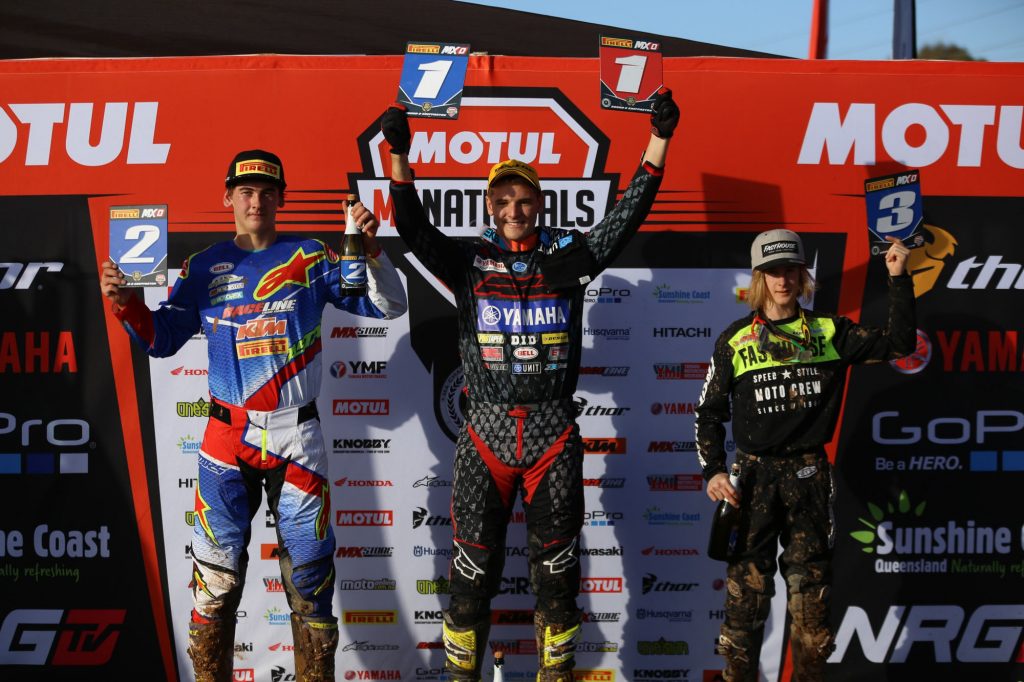 The MXD podium from round eight of the MX Nationals.

Powering into the first turn in race one inside the top five, Evans quickly went to work and charged his way to the front in the opening minutes. From there, he was able to increase his lead in each and every lap, circulating much faster than his rivals on a track that really separated the riders.

With a lead of around 40 seconds, Evans took the win in the opening moto and was confident of a repeat in the second leg.

Race two and Evans hit the lead on the second corner and instantly gapped the field. He motored away and took control of the race to again build a large cushion between himself and the chasing pack. By the mid-way point, Evans needed to only race sensibly to take the win and that’s exactly what he did and as a result, he moved to the top of the points table with two rounds remaining. 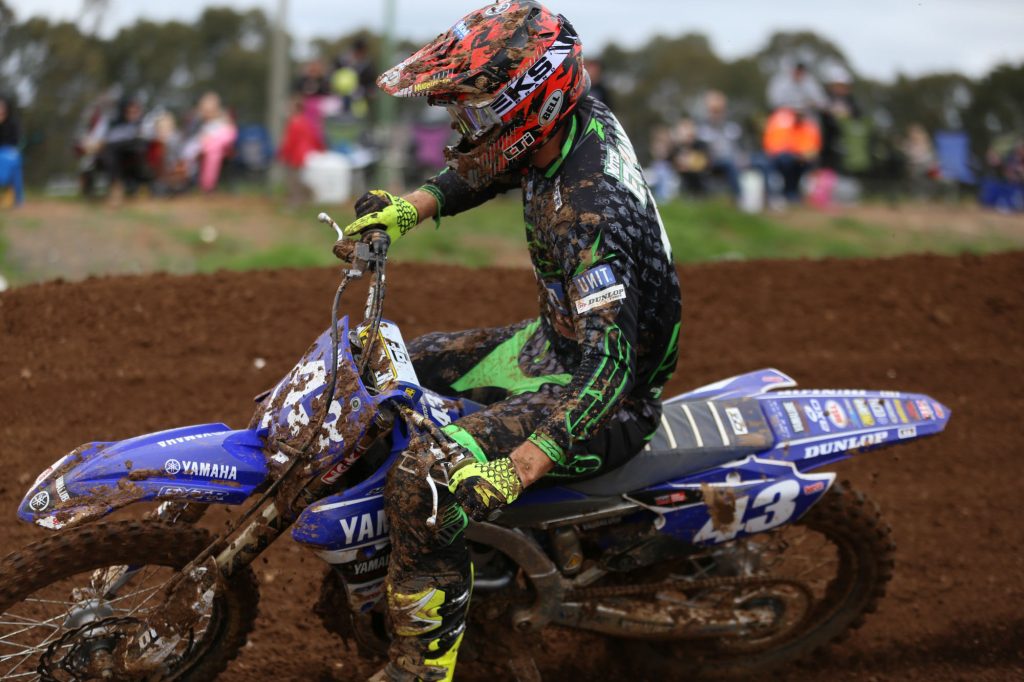 Mitch Evans puts in a commanding performance at Shepparton.

“Today was a good day for me and a track like this is what I really enjoy racing on,” Evans mentions. “The long ruts and technical sections takes a bit of thought and technique to get through and today I was just feeling great on the bike.

“To win the round is awesome and its’ good to grab the red plate but the priority is always about the way I ride and race and if I continue to do that well, then the race wins and championship takes care of itself.

“We have a couple of weeks break before round nine at Toowoomba so we will all continue to work hard and give it everything we have as the team has done for the first eight rounds,” Evans finished.

The news wasn’t so great for team mate Jordan Hill. Hill fell at a race last weekend in Queensland and dislocated his shoulder. Under considerable pain, Hill tried to ride and amazingly managed to qualify in P8 but looked extremely tentative on the bike as he nursed his injury.

Race one got under way and Hill was edging his way forward when he fell in a rutted section and couldn’t get out from under his bike. He then withdrew from racing for the remainder of the day as the pain of the injury was too much to bare and he can get himself into shape for the final two rounds.

“I tried to ride but the pain in my shoulder was too much on a track like this. I had some strength on the up and down movement of it but it was the side to side movements in the long ruts that I really struggled with and I could feel the shoulder moving on the bigger bumps so I decided to shut it down for the day.

“It’s really disappointing for me and the team as they put in a big effort to get me here. I also want to thank Simon and everyone at RACESAFE for all their efforts.

“I will get onto the rehab and come back swinging at the final two rounds,” Hill commented.

Round nine of the MX Nationals moves to Queensland on August 24 at Toowoomba’s Echo Valley circuit.

For a full list of results and more information on the MX Nationals, www.mxnational.com.au