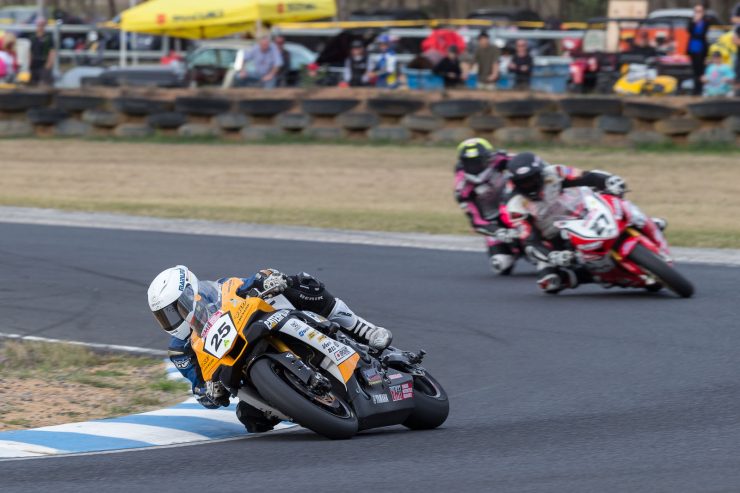 The recently formed Brembo Superbike Challenge, introduced to support and recognise the development of Australian talent, debuted at the fifth round of the 2016 Yamaha Motor Finance Australian Superbike Championship, presented by Motul Pirelli.

With Burke absent from Morgan Park it was in the hands of Falzon on his Caterpillar R1 and third placed Knobby Underwear Suzuki rider Brayden Elliott to contest the series fight across the two races held on Sunday August 7 alongside the premier Yamaha Motorcycle Insurance (YMI) Superbike category.

Next Gen Suzuki mounted Ryan Hampton and Sloan Frost only just behind Burke, Falzon and Elliott in the standings sitting fourth and fifth.

Race one of the Yamaha Motorcycle Insurance Superbikes saw Falzon storm to his best finishing position all season, completing race one of the YMI Superbike class on the podium in third place overall and first place in the Brembo Superbike Challenge, collecting 25 points.

Despite a tight battle with his fellow Superbike competitors Elliott finished in sixth position overall, cementing second in the Brembo Superbike Challenge and snatching 20 points, while Kiwi’s Frost finished just behind in seventh position, and third in the Challenge for 18 points. 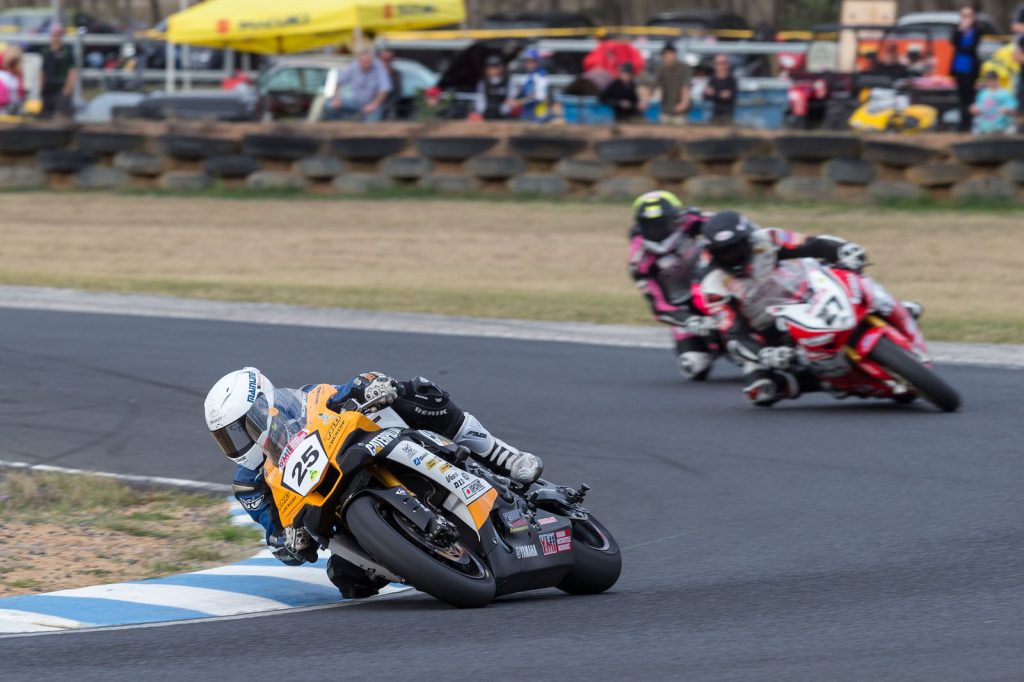 Leading into the second race it was Falzon who looked to be the man to beat, and with a lot on the line he once again manoeuvred himself into the top position for the Brembo Superbike Challenge, finishing fifth in the YMI Superbike Class.

Over the weekend it was Falzon who took home both a set of Brembo Brake pads as well as a set of Pazzo levers for his efforts on track.

Also sporting a pair of Brembo brake pads, thanks to the alignment of brands (Brembo and Pazzo Levers) with Link International and the Australian Superbike series, it was C-grade rider Brenton Hyde (Yates Plumbing) on his CBR1000 who stole the show as the first non A-grade competitor to cross the finish line over the two races.

The final Round of the Brembo Superbike Challenge makes its way to Winton Raceway in Victoria this September 30 to October 2 at the 2016 Yamaha Motor Finance Australian Superbike Championship presented by Motul Pirelli.

For more information leading up to the final round of the ASBK, or to keep up to speed with everything happening right now head to www.asbk.com.au, like the ASBK on Facebook and follow @asbk on Instagram.