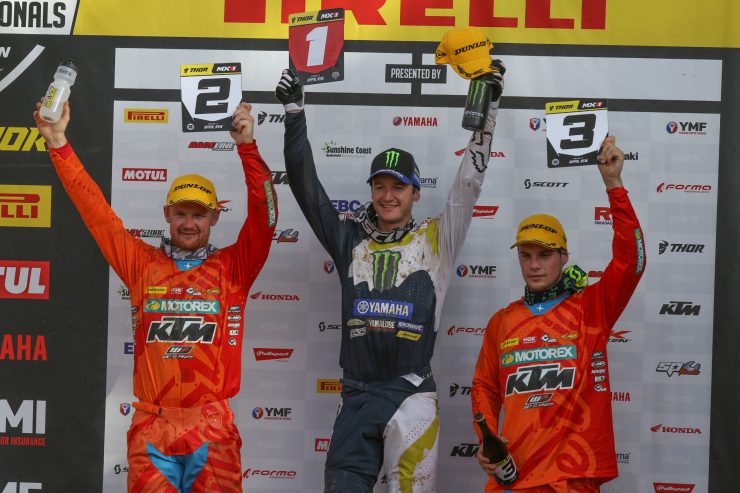 Ferris flies to victory for MX Nationals Round 2

CDR Yamaha Monster Energy Team’s two-time defending Thor MX1 champion, Dean Ferris has continued to stamp his dominance on the premier class with a convincing display in both races around the Appin, NSW, hillside in the Pirelli MX Nationals, presented by Yamaha at round two.

Ferris took control of both motos to claim the round win for the day ahead of KTM Motocross Racing Team teammates Kirk Gibbs and Luke Clout, with the latter maximising his home ground advantage to feature on the podium overall. 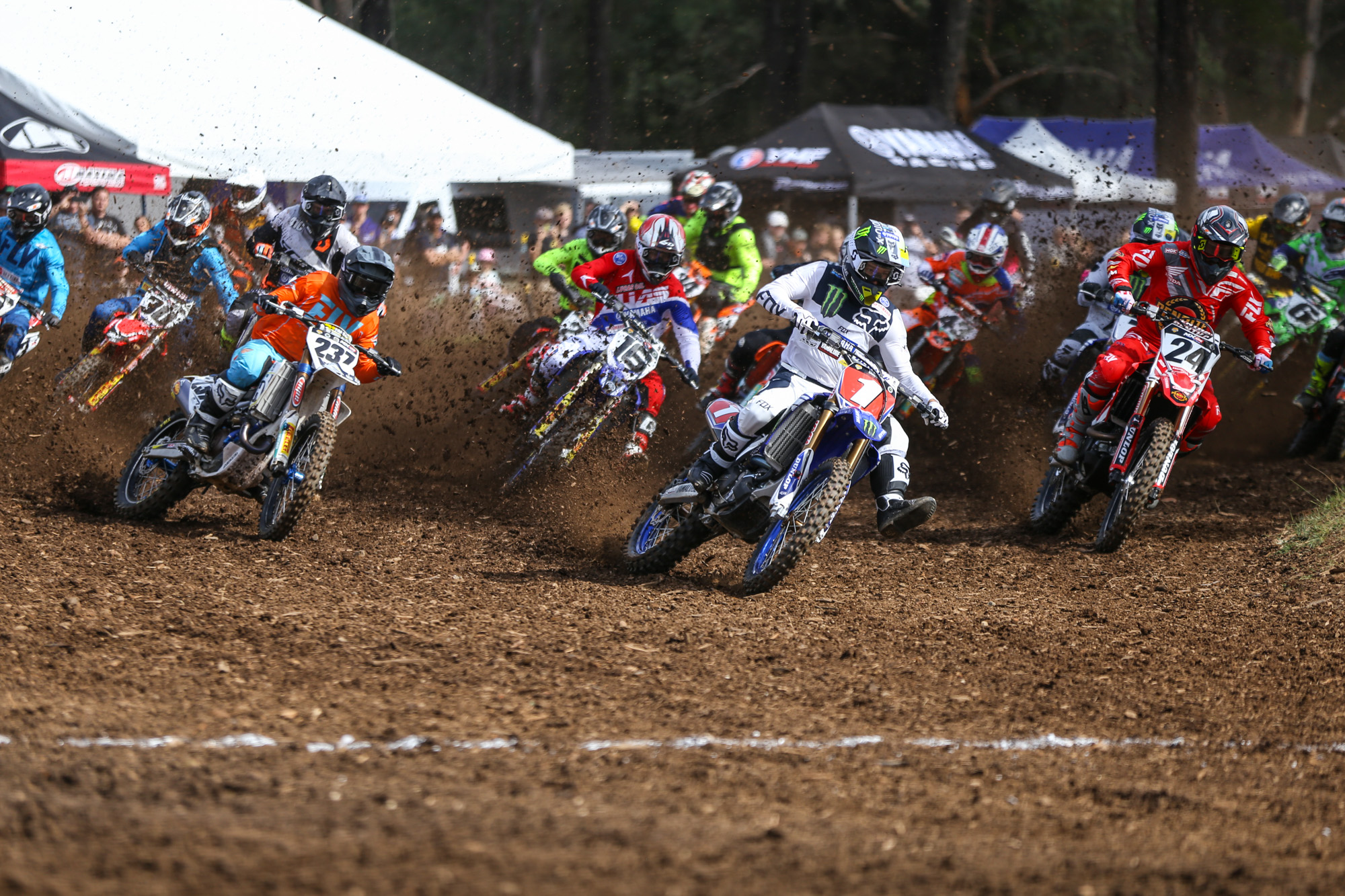 After uncharacteristically missing out on Super Pole in qualifying, Ferris quickly made amends by jumping to the front of the opening race and remained there, despite the best efforts of top qualifier Brett Metcalfe (Penrite Honda Racing) early on.

The second Thor MX1 race was halted after 10 minutes of racing when Lachlan Davis (Honda) went down, resulting in a staggered restart.

Clout led with Ferris hot on his heels, with the defending champ snatching the lead as time ticked down. Ferris then tore out to a 10-second lead, with Clout second and Long third. Gibbs claimed fourth position with another narrow lead over Metcalfe. 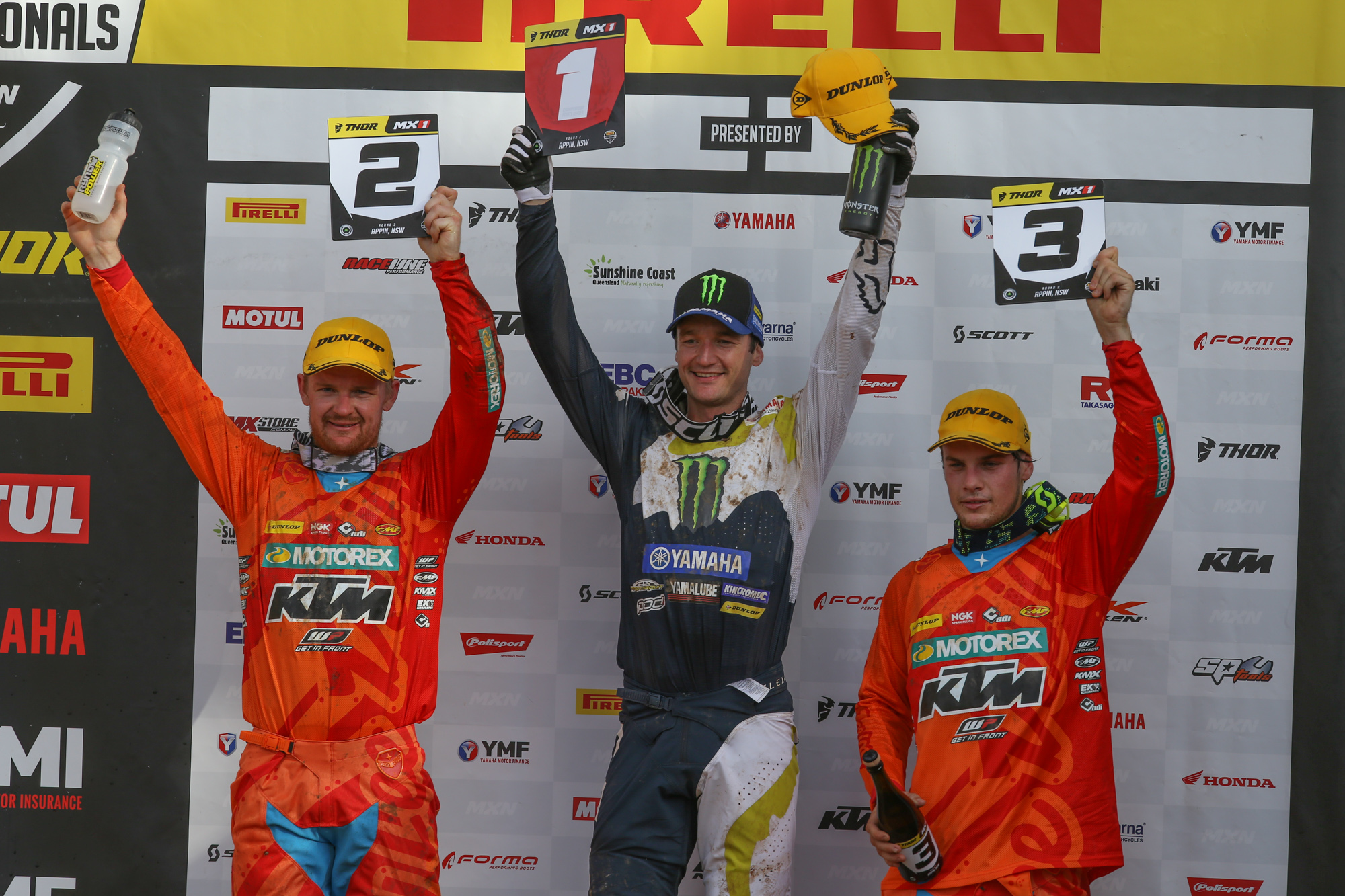 Serco Yamaha’s new recruit Nathan Crawford has stormed to the top of the Pirelli MX2 championship standings with an impressive double-moto victory around the hard-packed Appin circuit.

In the opening Pirelli MX2 race Crawford was in blistering form as he worked his way through the field to pass long-time race leader Wilson for the victory. Local racer Dylan Wills (DPH Motorsports Husqvarna) finished the moto in third, with Tanti fourth, narrowly ahead of CRF Penrite Honda Racing’s Jackson Richardson.

When the gates dropped on the second race of the day, Wilson again leapt to the front of the pack, but was soon dispatched of by Crawford. Crawford wasn’t headed for the rest of the moto, with teammate Todd second and Wilson third. Honda pairing Jackson Richardson and Kyle Webster finished fourth and fifth respectively. 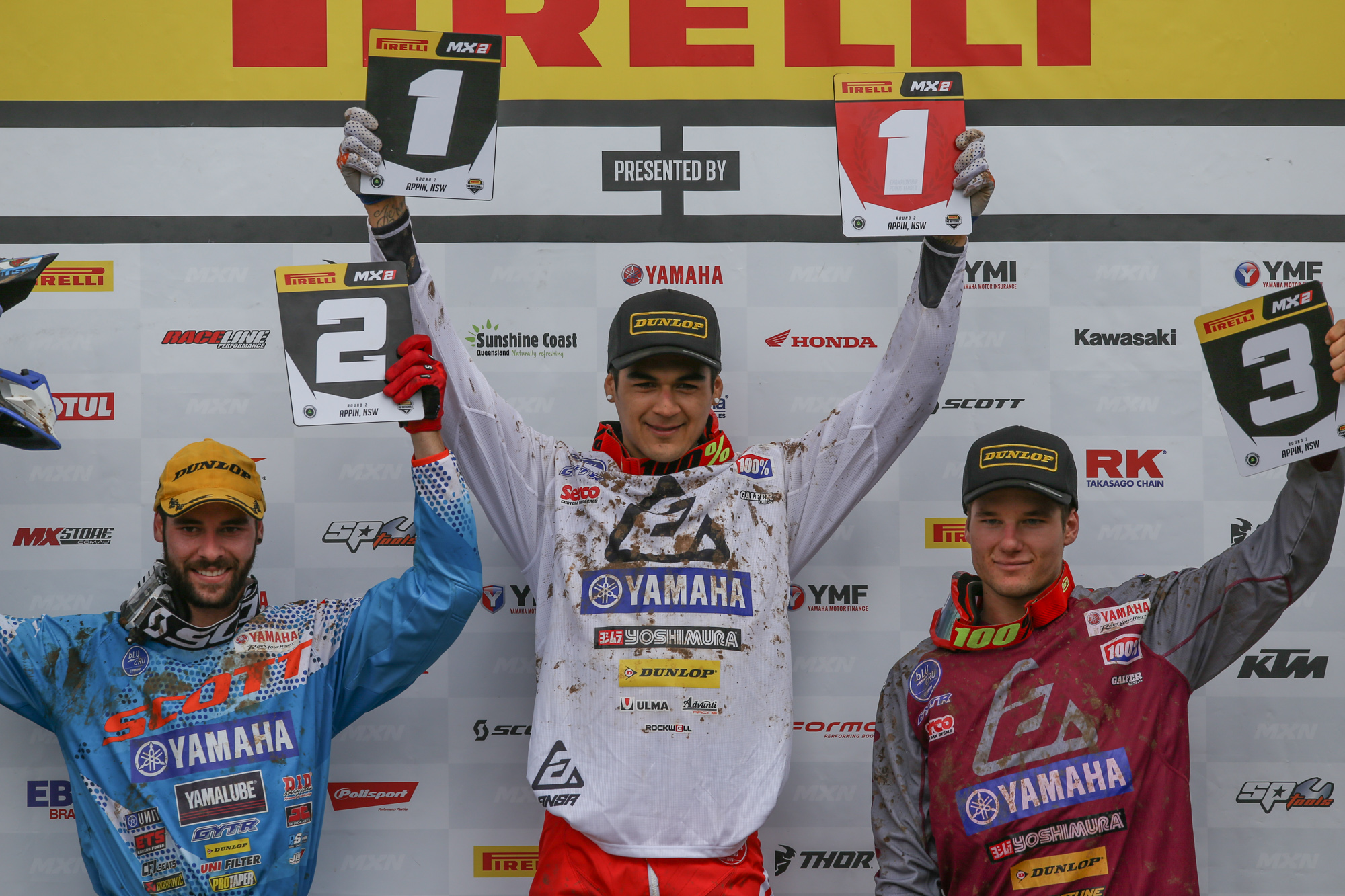