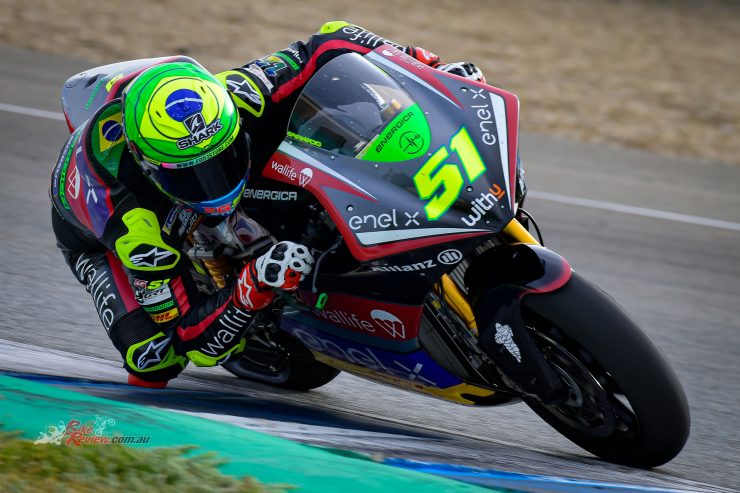 The second and final test for the FIM Enel MotoE World Cup class of 2021 has now concluded at the Circuito de Jerez-Angel Nieto, and there’s a new name on top: Eric Granado. The Brazilian broke the stranglehold of Dominique Aegerter with a 1:47.065 – the fastest ever MotoE lap of Jerez. 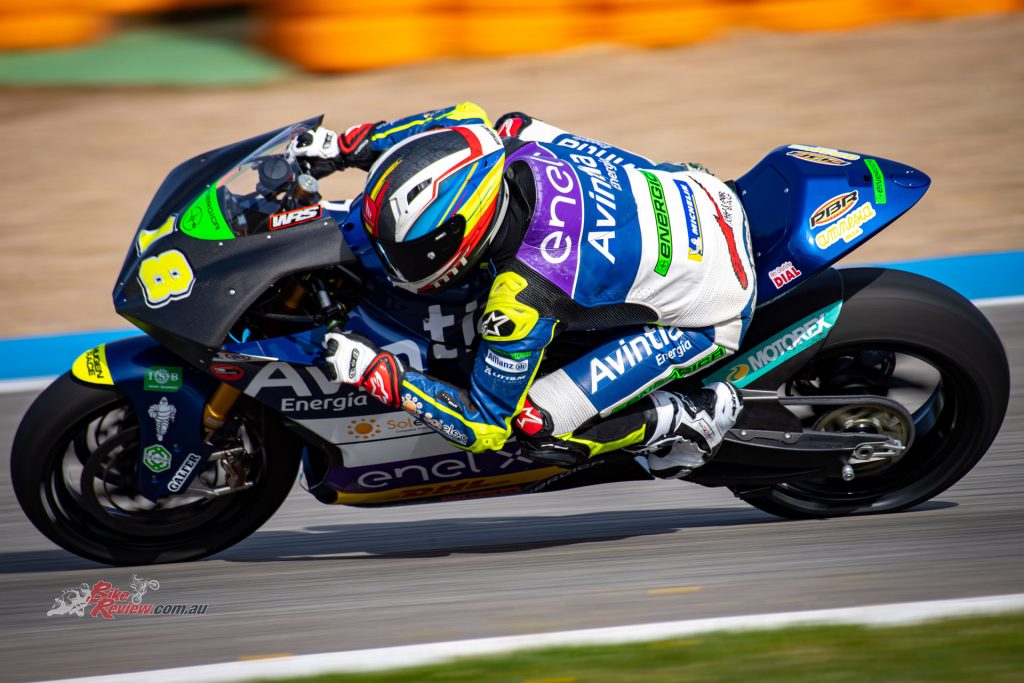 Cardelus continued his progress and ended the test in the top three, putting in some great lap times.

Behind the two, the top three on the combined timesheets is completed by Xaver Cardelus as the Andorran continues his progress so far this season, although he’s nearly half a second off Aegerter ahead of him.

It’s been a solid few days in Andalusia for the MotoE grid, and after the race simulation on Tuesday it was back to standard sessions on Wednesday. But not quite standard running, as instead it became a mad dash for a laptime. Granado hit first, nearing Aegerter’s new lap record, before the Swiss rider hit back and bettered it. But the Brazilian wasn’t done and put in a 1:47.065 to re-emerge as the fastest rider of the day, test, and now, the fastest ever MotoE rider round Jerez. After the mad dash in the morning, the wind then picked up too, leaving no one able to depose Granado later in the day. 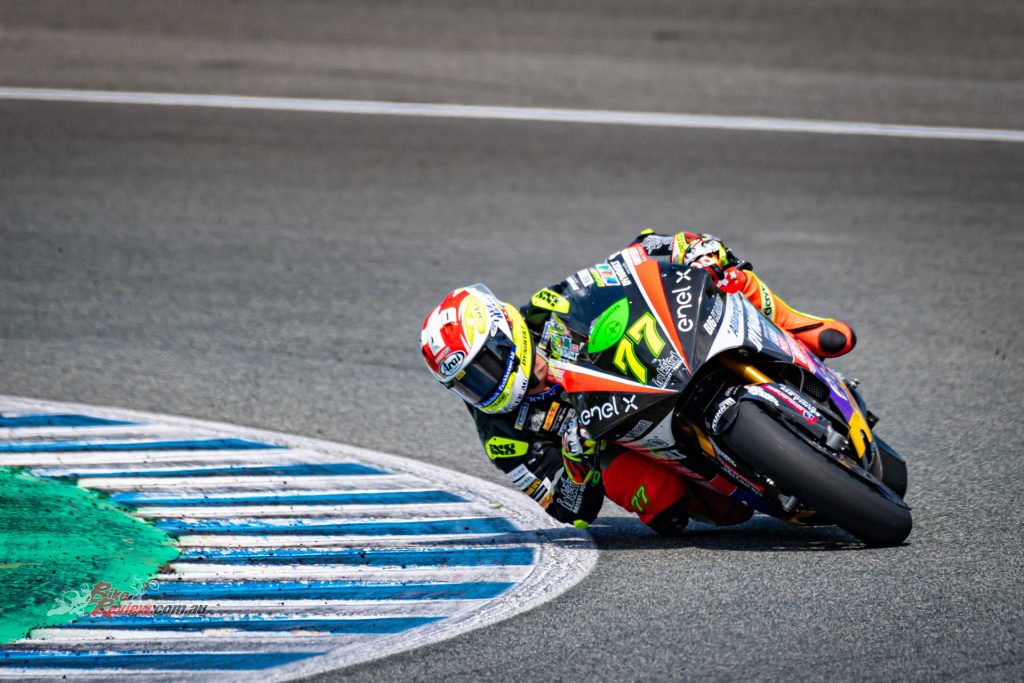 Aegerter just lost out on the top spot on Day three after Granado came through with a blistering time.

Cardelus, meanwhile, had close company too. Alessandro Zaccone was less than a tenth off the Andorran and slotted into fourth, with Fermin Aldeguer ultimately winning the rookie battle as the impressive youngster completes the top five. Reigning Cup winner Jordi Torres was sixth and was one of those who packed up a little early, with second rookie Miquel Pons in seventh and the last rider in the 47s. Lukas Tulovic was shuffled down to eighth by less than a tenth, with a tight group forming in the mid top ten.

MotoE rookie but Grand Prix veteran Yonny Hernandez continued his solid progress and adaptation, the Colombian moving up to slot into eighth overall and taking sixth in the final session. He fought off fellow electric debutant Hikari Okubo by just 0.009 as the Japanese rider completes the top ten overall. 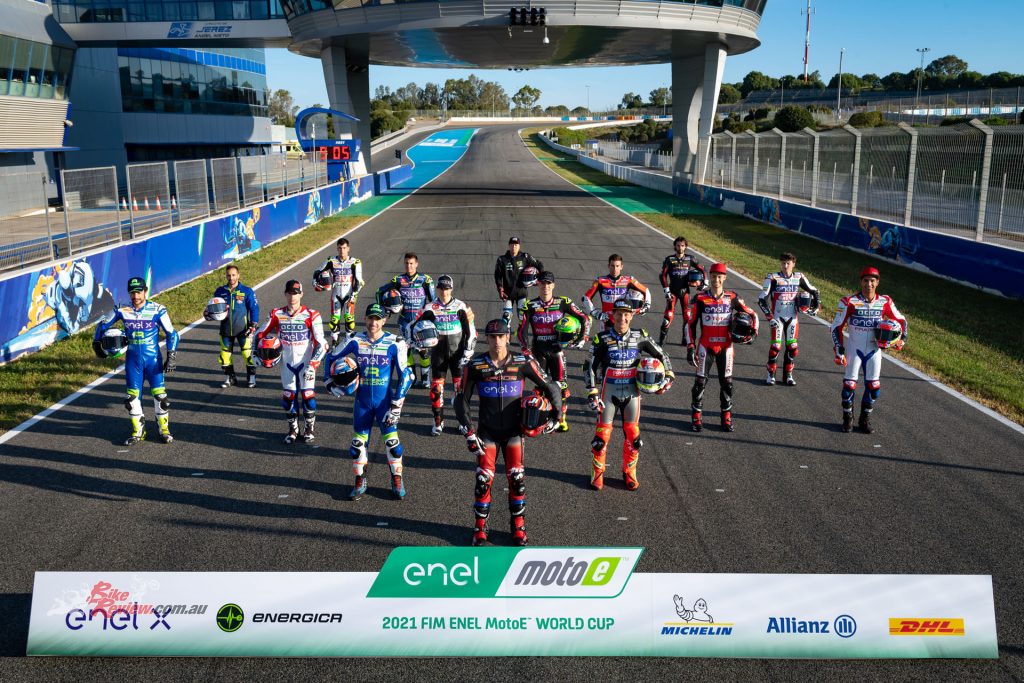 All the MotoE riders are geared up and ready to start their 2021 season, it is already shaping up to be a close one.

2019 Cup winner Matteo Ferrari, meanwhile, was P12 overall behind compatriot Mattia Casadei as the latter returns from injury. They’ll be looking for more when the paddock returns to Jerez to race, and that’s now only a few weeks away, so get ready and stay tuned to motogp.com as the season opener approaches!