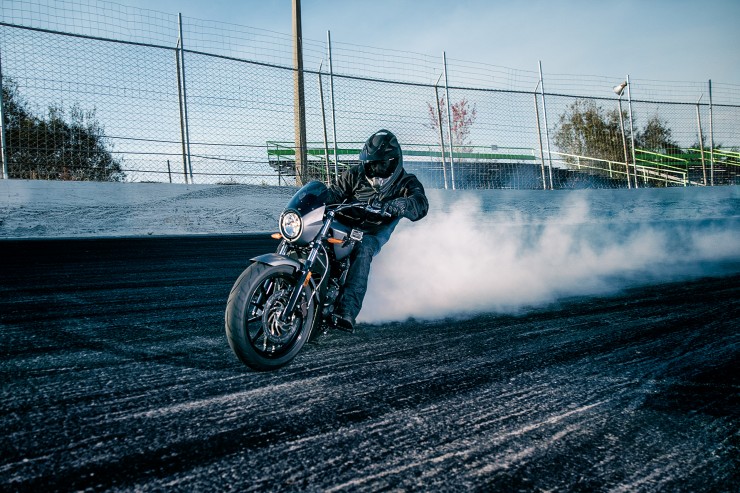 Dryden was poised to serve up an even longer burnout on the small oval racetrack, but at the record-setting 2.23-mile mark, his rear tyre disintegrated, ending his smoky run. He left the bike on its side on the racetrack and walked away with his arms raised in triumph. 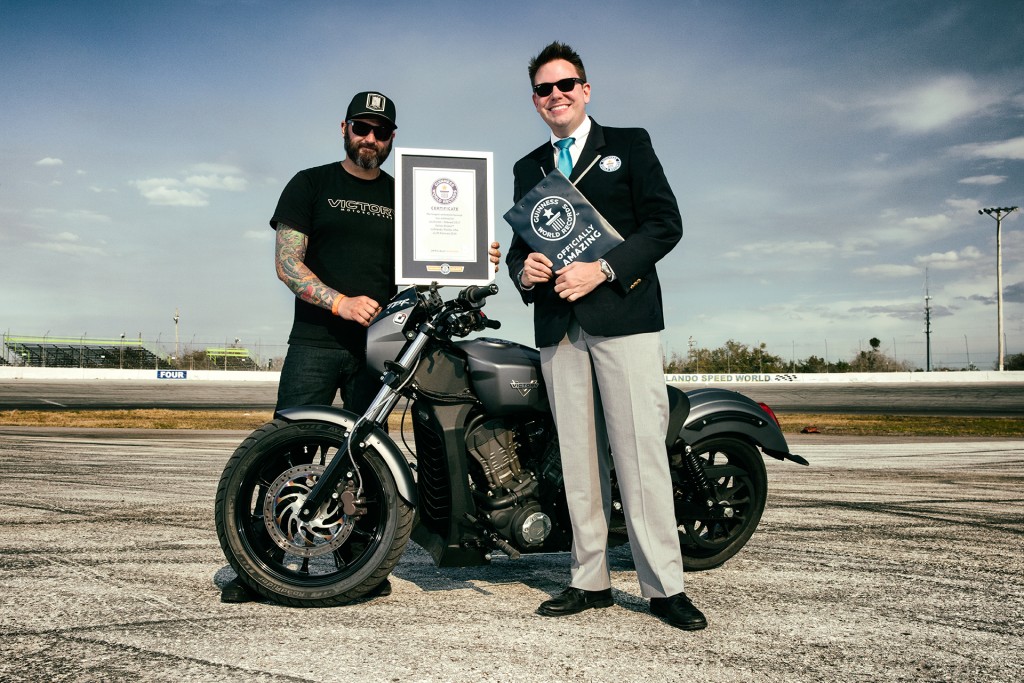 The record-setting burnout was certified as an official Guinness World Record by a Guinness adjudicator who witnessed the burnout and counted as Dryden laid rubber for just over seven laps around the compact racetrack. The Guinness official, clad in his crested sport jacket with lapel piping, presented Dryden with a world record certificate. Dryden and his Victory Stunt Team partner Tony Carbajal then popped celebratory bottles of champagne.

“That was not easy, but it was a lot easier on a Victory Octane than on most other bikes,” Dryden said. “Once I found the ideal balance of braking and throttle, it was just a matter of time – and tyre rubber – before we set the new record.”

Victory Country Manager, Peter Harvey said “Victory’s new Octane is all about delivering raw adrenaline and delivering the world record burnout is a perfect fit with the personality of this bike.”

To ensure the accuracy of the world record burnout’s length, a surveyor measured the circumference of the track before the record attempt. Carbajal and Dryden both made attempts at the record on Victory Octanes, and both riders cut their initial runs short as they sought the proper mix of throttle, brake, and clutch. 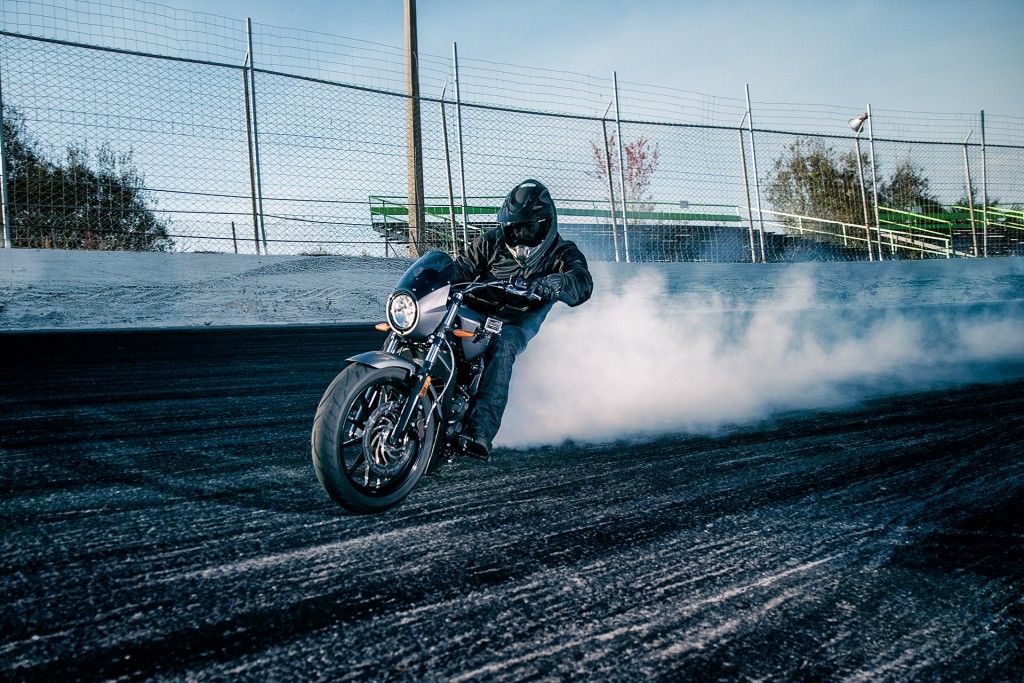 Dryden landed on that ideal point of power delivery and rode the bike for a world record 7 smoky laps before the rear tyre finally gave out.

The new Victory Octane is the lightest, most powerful, and quickest Victory Motorcycle ever produced. It has a race-bred 1200cc engine that delivers best in class acceleration and outstanding throttle response across the power band!