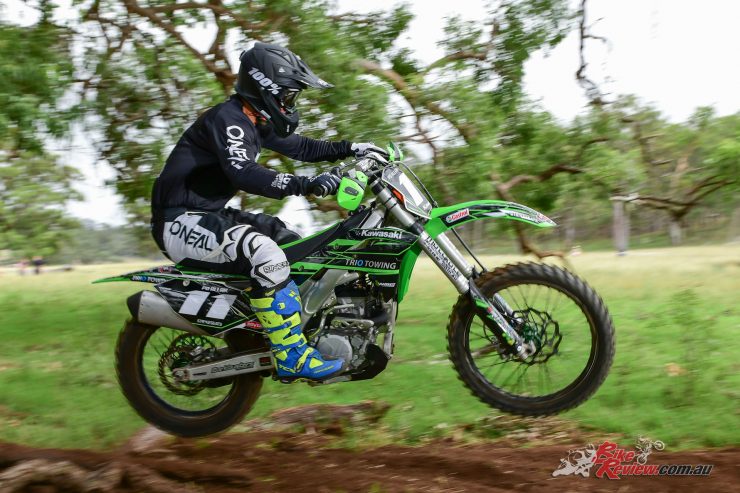 The Kawasaki Castrol Racing Team reaps the benefits of having Team Manager, Peter Allan at the helm. From racing himself, to owning Gympie Motorcycles in QLD and being the promoter for the QLD round of the Australian Off Road Championship, Peter Allan has years of experience in the motorcycling industry that is sure to assist in propelling the team into success for 2018. 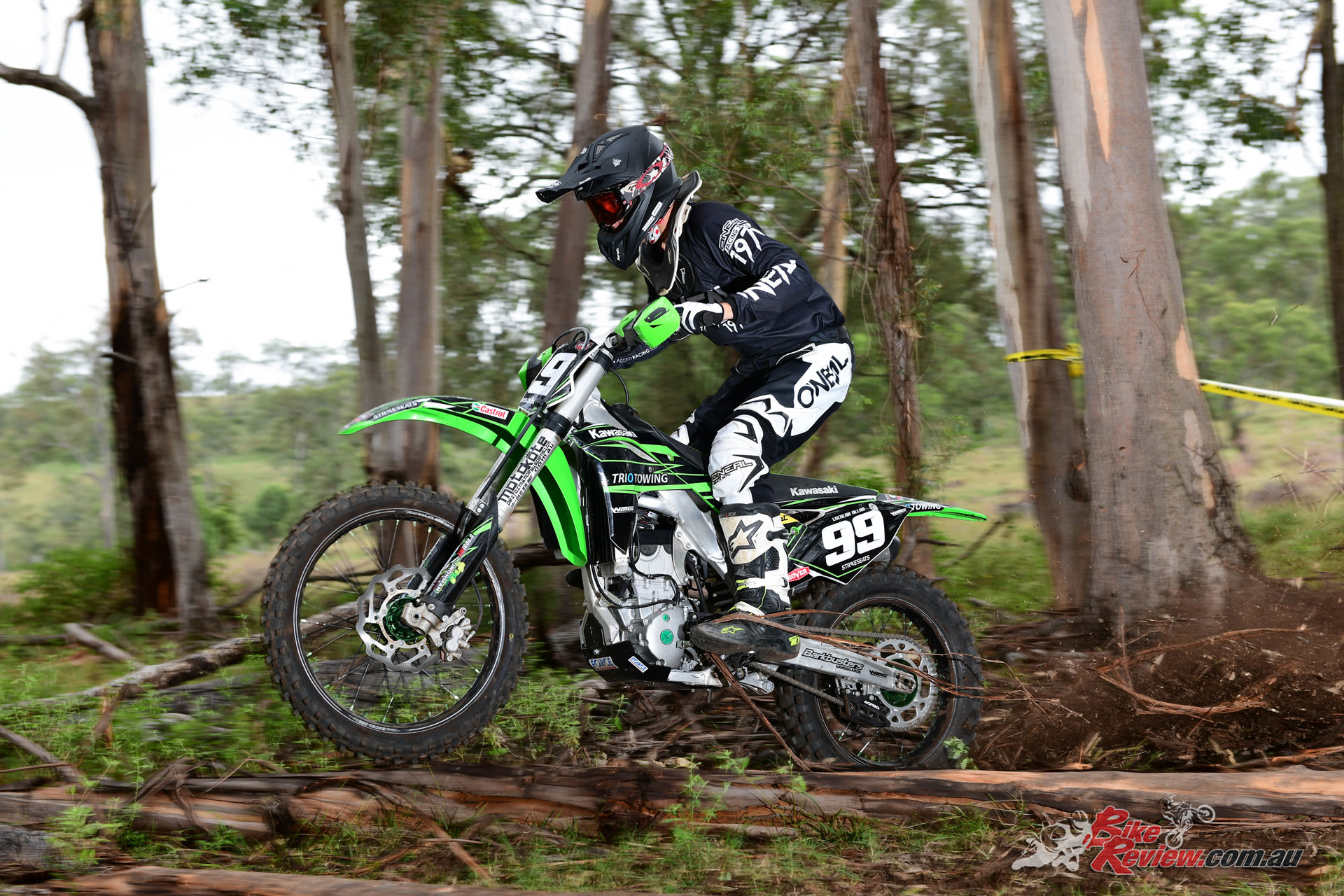 “It is a fantastic feeling to be the largest off-road effort backed by Kawasaki, not only because of the quality of the brand and products, but also due to the fact that they are stepping up their involvement in the AORC,” said Peter. “It’s so nice to see the increase of green bikes lining up which we have already noticed this year at the QLD Sprint Series, where there were over 200 riders and it was encouraging to have the Kawasaki’s at the pointy end!” said Peter, referring the success of Peter Daniel Allan (PD), Lachlan Allan and Luke Allan who finished in the upper echelons of their respective classes at the event.

“We have been racing the KX250F through Lachlan now for 18 months. They truly are an exceptionally reliable and fantastic handling machine. They are light, narrow and well suited to the Enduro scene. We basically run a stock bike with an aftermarket exhaust and suspension setting to suit the riding styles and weight of the riders. They have immense bottom end and mid-range. The KX250F has certainly delivered and we can’t wait to line them up!” Peter exclaimed. 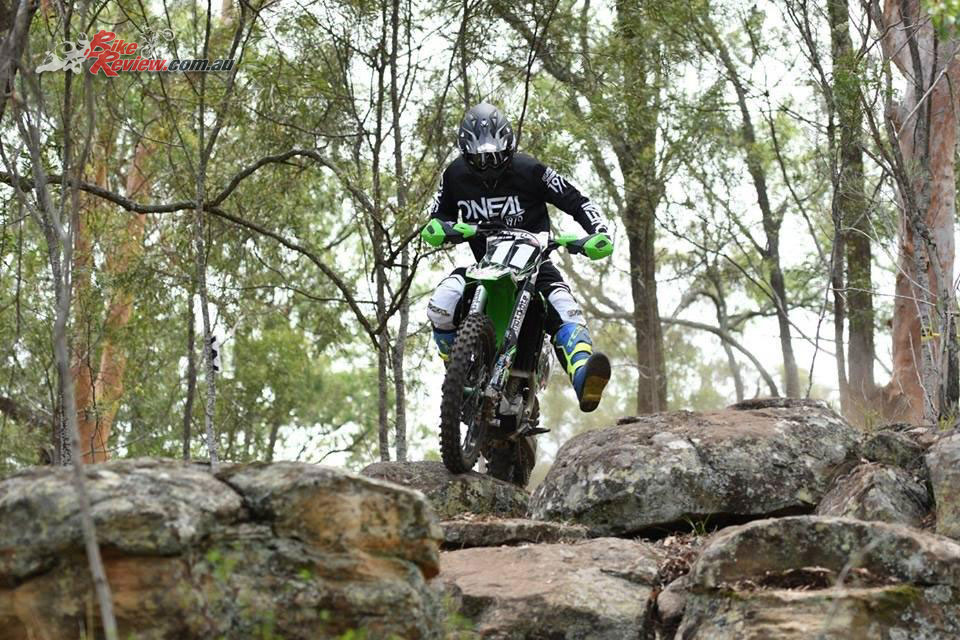 Like many racers, Peter Daniel (PD) turned his first wheels as soon as he was old enough. He quickly moved on to win an Australian J4 Championship in 2012 and went straight from Junior to Pro racing. His most memorable achievement was winning the Sprint Series Pro class at Connondale, QLD in 2015 as a privateer against the top factory backed riders.

“I’ve always loved being on a motorbike and competing in general. The KX250F is awesome and has ticked all the boxes for me so I’m definitely looking forward to racing this year with my target being in the top three for both the QLD series and the AORC series,” PD commented.

PD’s brother and 2017 5th place getter in the AORC J3 class, Lachlan Allan will again pilot his KX250F green machine to take on the series this year. Lachlan has also climbed his way up through the ranks with accolades to his name including a QLD off-road title with a KX85 and coming 1st in the expert class of the QLD Sprint Series in late 2016. 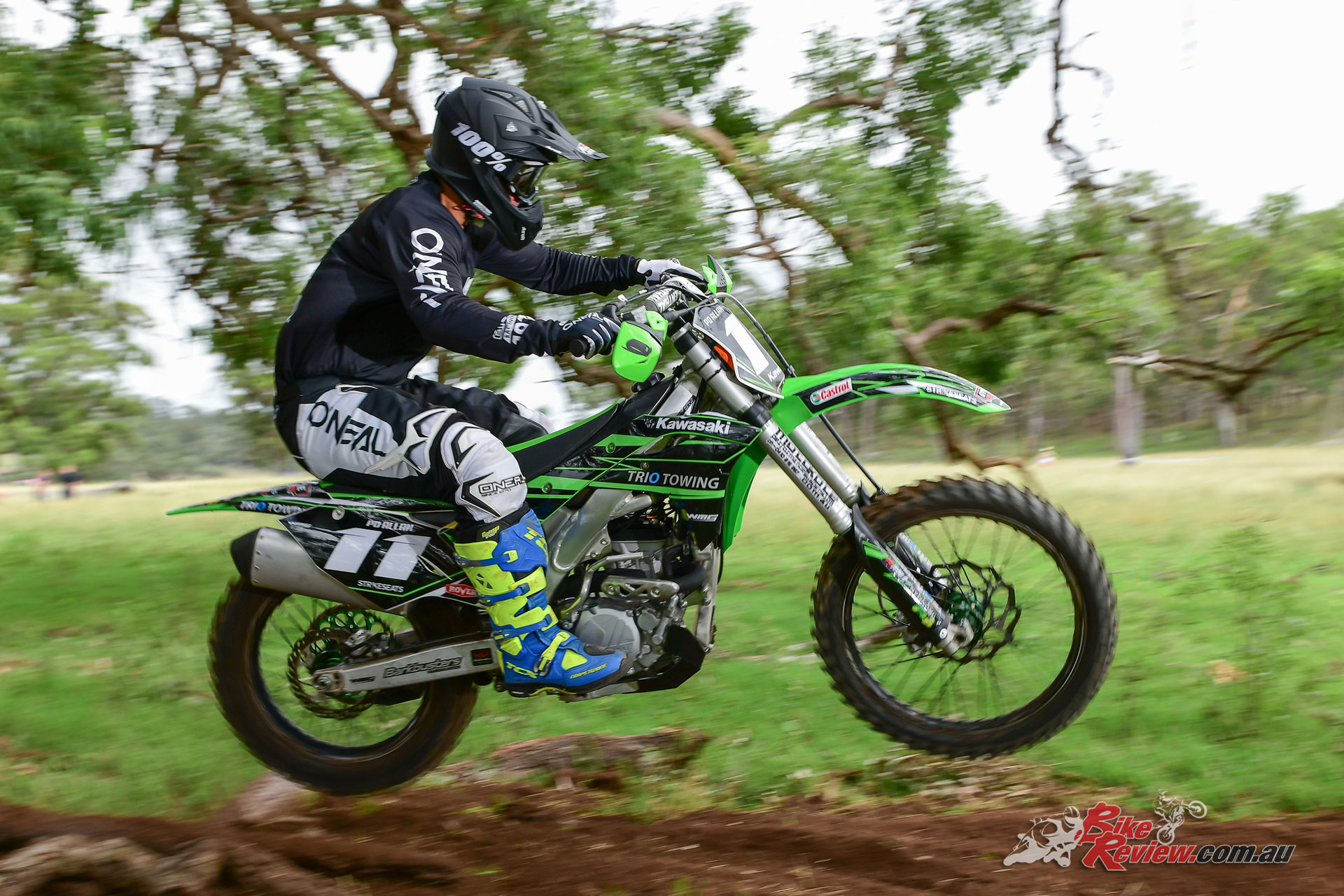 “My brother wasn’t on a Kawasaki last year so it already feels better to have a larger presence with the team. It will be more enjoyable to have the family as teammates,” said the final year apprentice Motorcycle Technician.

“We have already done some testing with suspension this year so the KX250F is all dialled in for handling over rocks etc. The torque is greater so it’s a lot better in the tight sections,” commented Lachlan, who aims to be first in the under 19’s class of the Australian Off-Road Championship this year.

The Kawasaki Castrol Racing Team will also be assisting additional Kawasaki riders throughout the year including Luke Allan and Jackson Panetta in the EJ class and Neil Collard in the E1 class who will all be campaigning KX250F motorcycles.

The Kawasaki Castrol Racing Team now eagerly awaits the 2018 Australian Off-Road Championship which kicks off in Gympie, QLD with Round one on 10th and round two on 11th March.