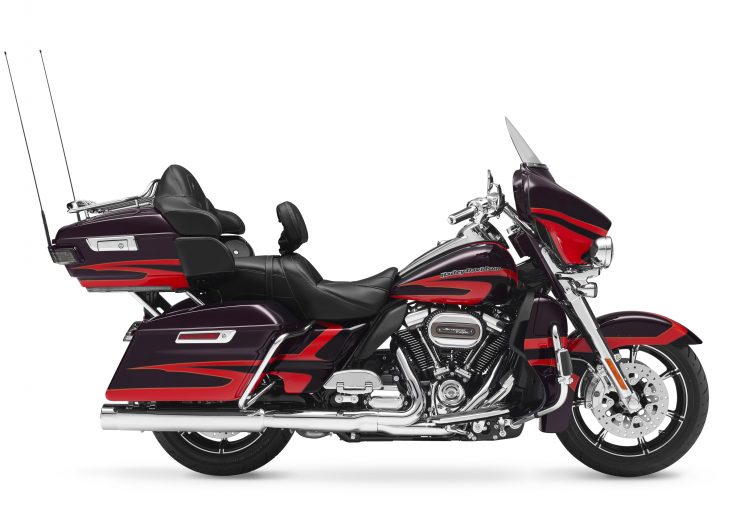 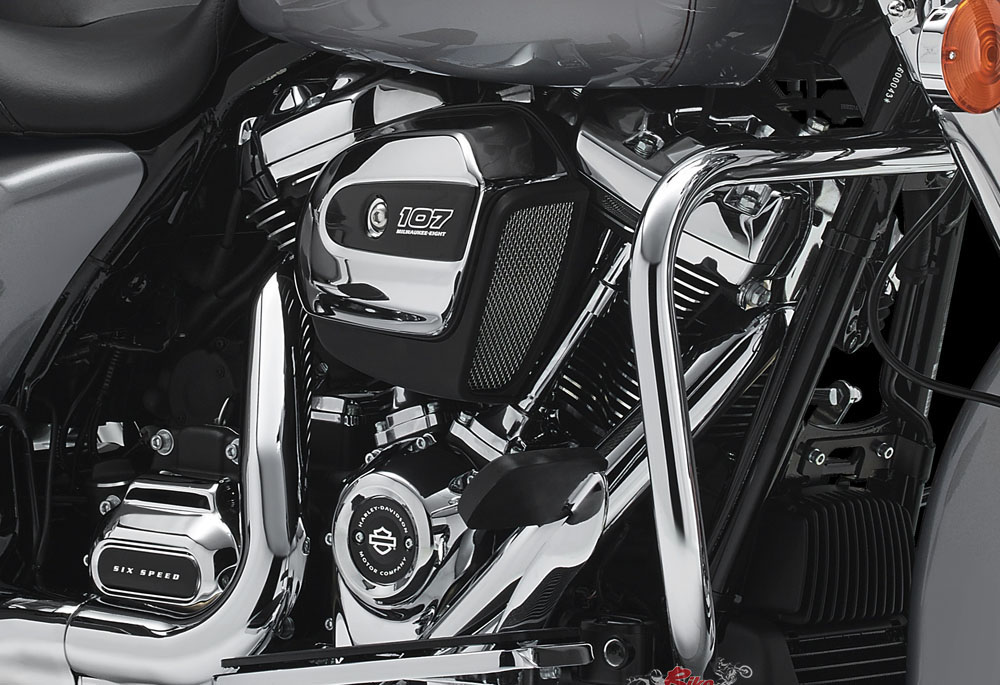 The new Milwaukee-Eight engine, the ninth Big Twin design in the company’s storied lineage, is a clean-sheet design that combines the classic look, sound and feel of Harley-Davidson Big Twin engines with improvements in every aspect of engine performance. 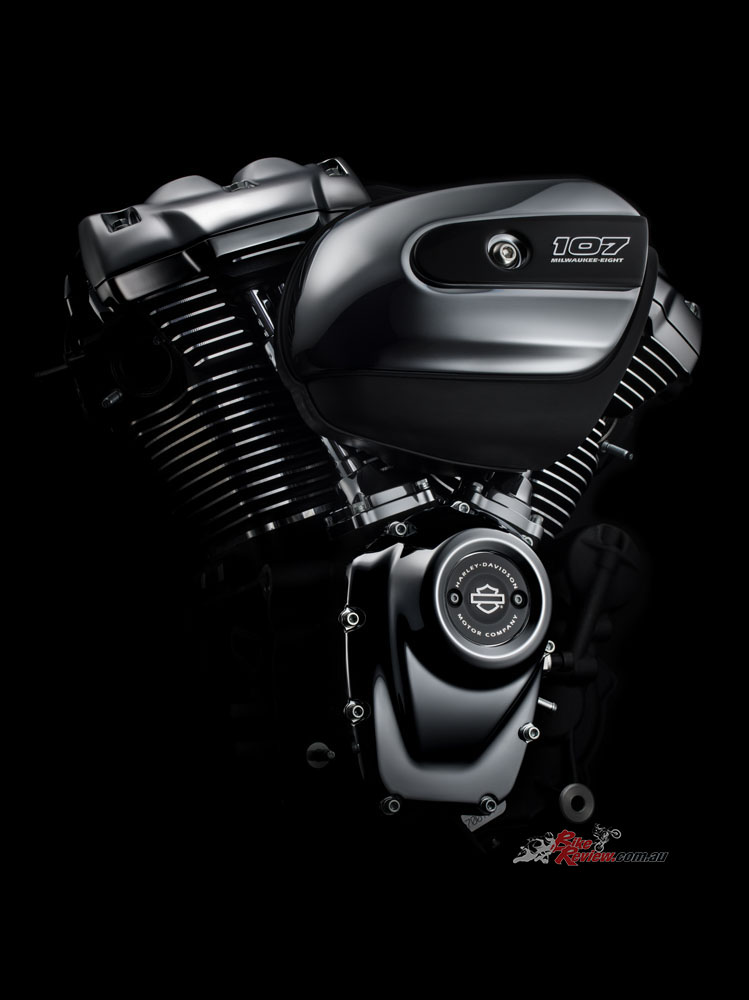 “The Milwaukee-Eight engine carries the legacy of Harley-Davidson Big Twins into the future,” said Chief Powertrain Engineer Alex Bozmoski. “While respecting the essential Big Twin character, we’ve created an all-new motor. Every aspect of performance, durability and styling has been improved as a direct response to the voice of Harley-Davidson customers around the world.” 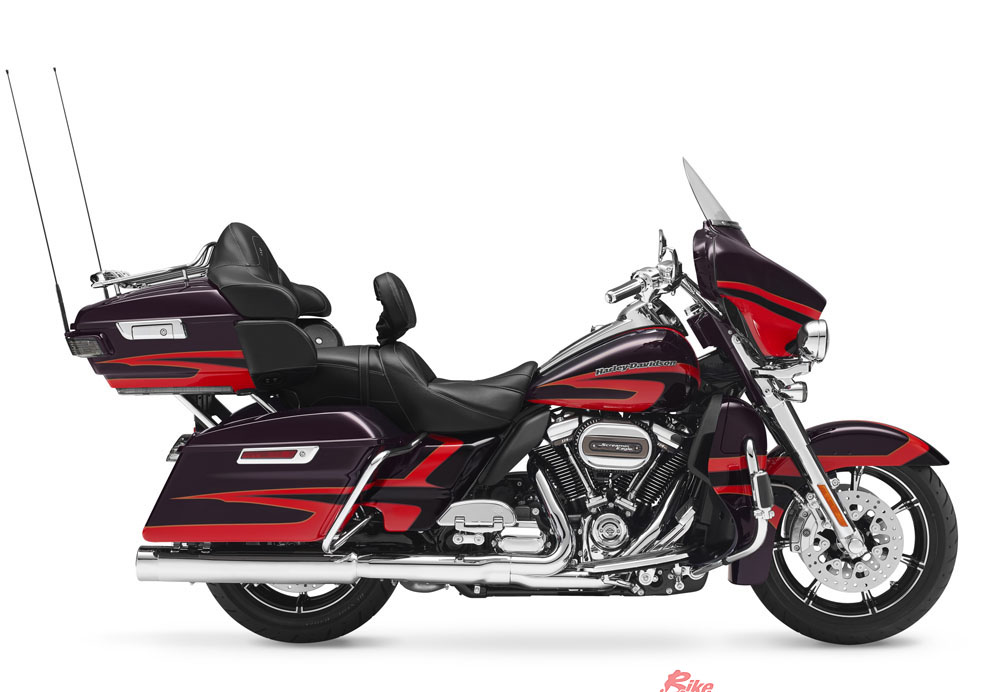 “Pre-load can now be adjusted to match the load of rider, passenger and gear without tools or an air pump,” said Paul James, Harley-Davidson Director of Motorcycle Product Planning. “Once set, the pre-load will not leak down or require further adjustment.” 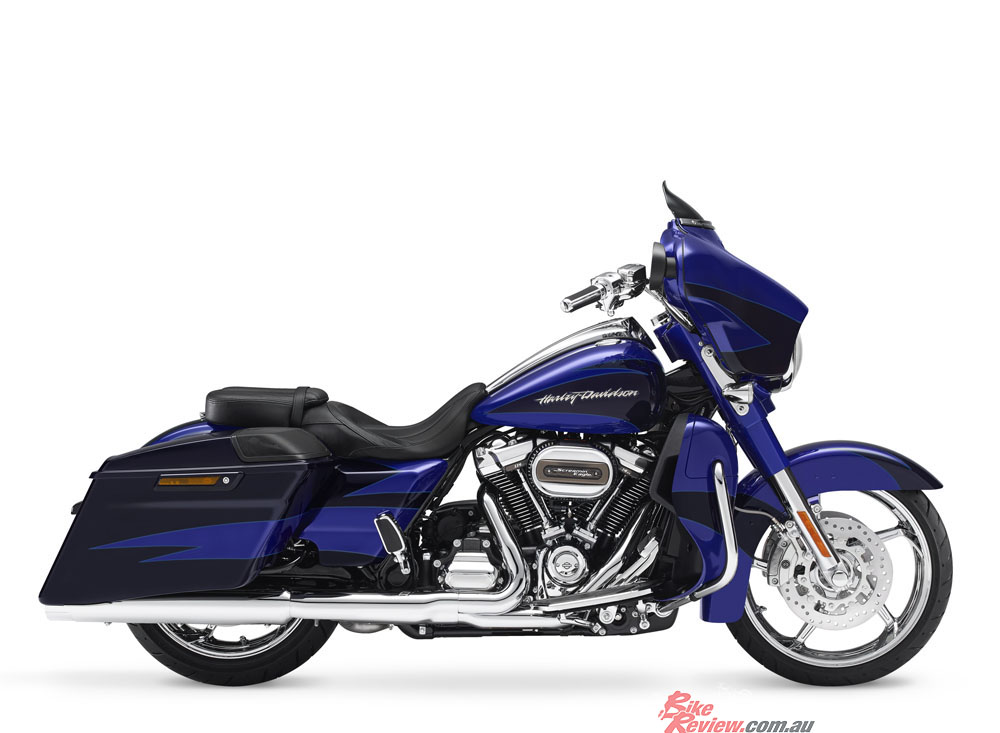 The 2017 Harley-Davidson Street 500 motorcycle is now available with ABS (Anti-Lock Braking System) and the Harley-Davidson Smart Security System with hands-free, proximity-based security fob, each as a factory-installed option. Additionally, 2017 Street 500 can be optioned with new two-tone  paint schemes which include Vivid Black Deluxe and Fire Red Deluxe. 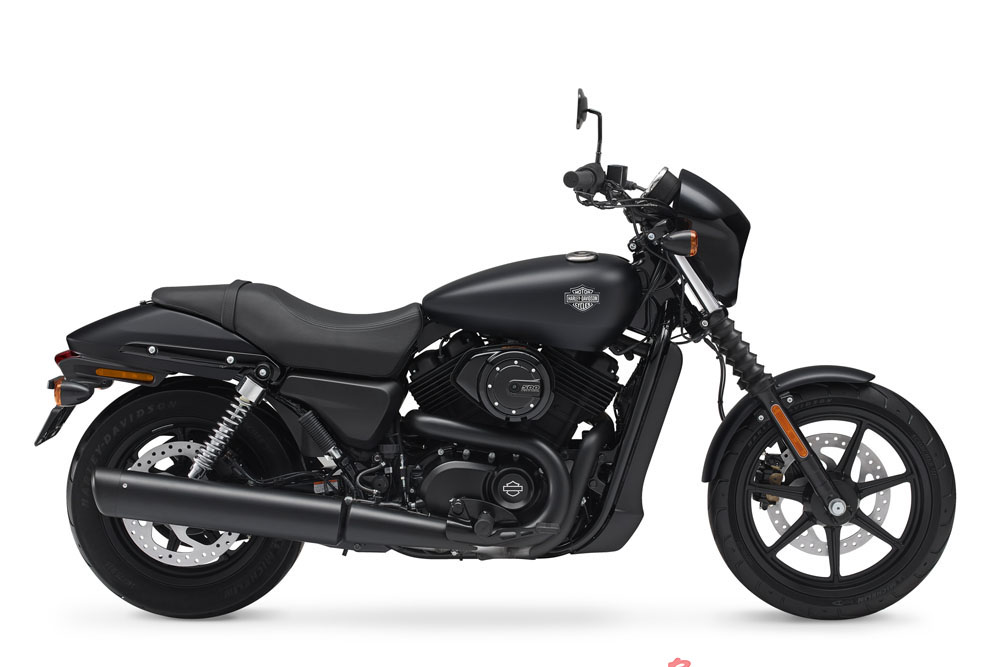 Powerful Cruiser Lineup
With the High Output Twin Cam 103 standard for all 2017 Softail models and the S Series
cruisers with the Screamin’ Eagle Twin Cam 110™ engine, Harley-Davidson continues to
offer its most powerful cruisers ever. 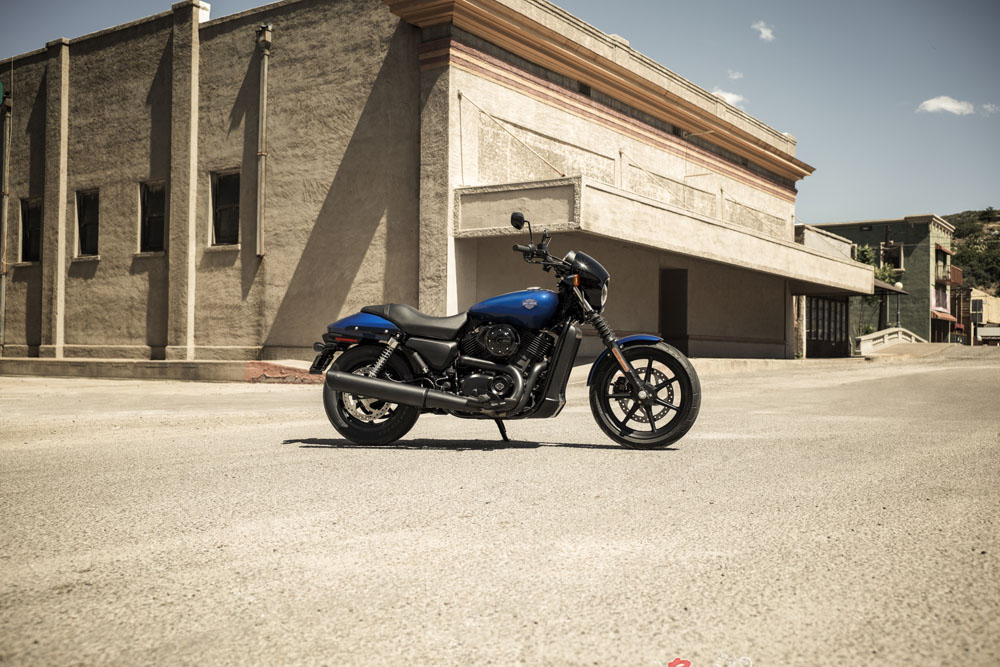 ABOUT THE NEW MILWAUKEE-EIGHT ENGINE 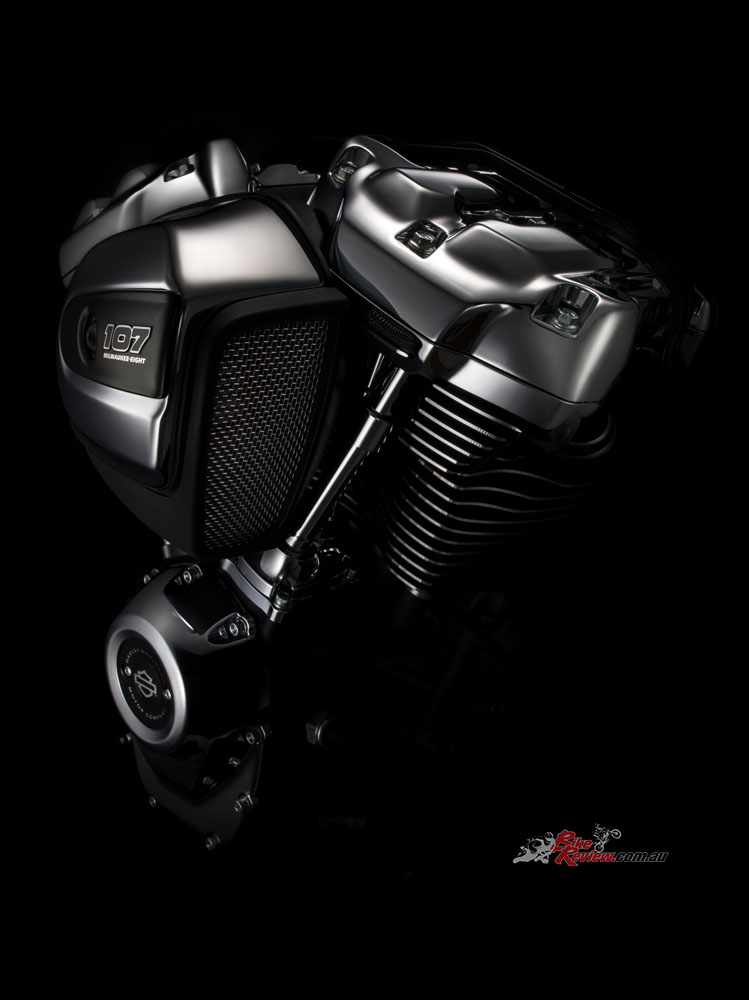 The valve train requires no adjustment as the design of the rocker arms enables valve lash to be set at the factory for life. Dual spark plugs for each cylinder contribute to more-efficient combustion. A single chain-driven camshaft is lighter, mechanically less complex and creates less friction and noise.

The Milwaukee-Eight engine weighs the same as the engines it replaces, so all of its extra power contributes directly to improved acceleration performance.

The Milwaukee-Eight engine offers improved rider and passenger thermal comfort due to reduced heat absorption, increased heat rejection and a redesigned exhaust system. Each Milwaukee-Eight engine features a precision cooling strategy based on the specific demands of the motorcycle model, using a targeted flow of either oil or liquid coolant around the hottest areas of the cylinder heads.

A new knock sensor for each cylinder enables more-precise timing control. The rear exhaust pipe is re-positioned and the exhaust catalyst is relocated to move heat away from the passenger. Idle speed is lowered from 1,000 rpm to 850 rpm.

A new, slimmer primary drive cover and the low-profile shape of the air cleaner cover provide improved rider legroom around the engine and an easier reach to the ground for many riders. All Milwaukee-Eight powered models are fitted with an Assist and Slip Clutch with improved hydraulic actuation that reduces clutch lever effort by 7 per cent.

The rubber-mounted Milwaukee-Eight engine features a single internal counter balancer that cancels 75 per cent of primary vibration at idle for a more-refined feel and more-comfortable experience for rider and passengers while retaining the classic character of Harley V-Twin engines.

The Milwaukee-Eight engine charging system delivers 50 percent more output to the battery at idle to better support the power demands of Touring riders, including accessory lighting, performance audio, and heated gear and other accessories.

“The Milwaukee-Eight engine is styled to project power,” said Brad Richards, Harley-Davidson Director of Styling. “I compare it to the back of a swimmer, lean in the waist but broad and muscular in the shoulders.”

“The rocker covers look like skin stretched taut over muscle, like the rocker arms are about to burst out of the engine,” said Richards. “For the first time since the Knucklehead, the rocker covers reflect the action going on below. And they are massive. When you sit on the bike you can look down and see more of this engine.” 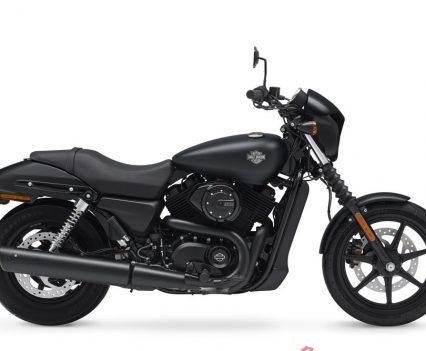 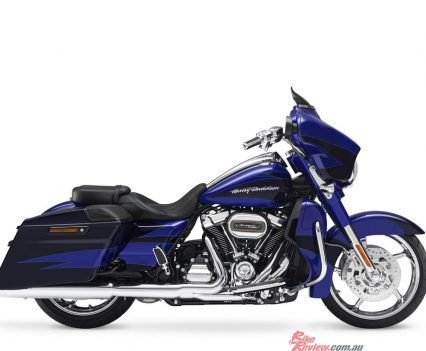 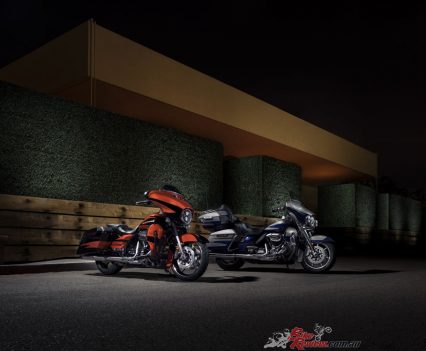 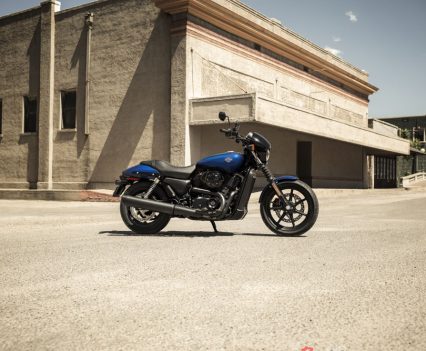 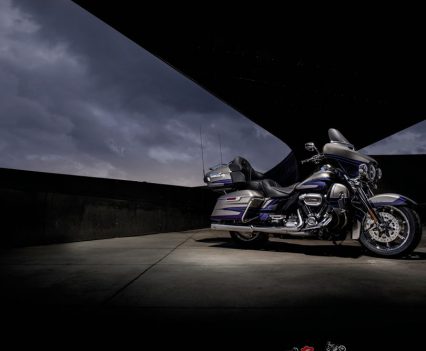 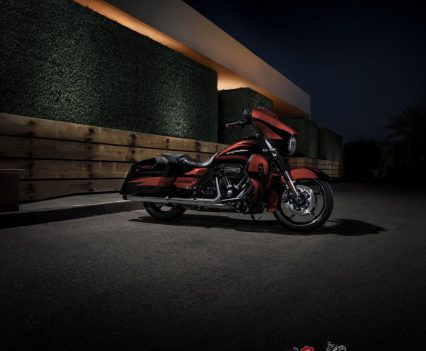 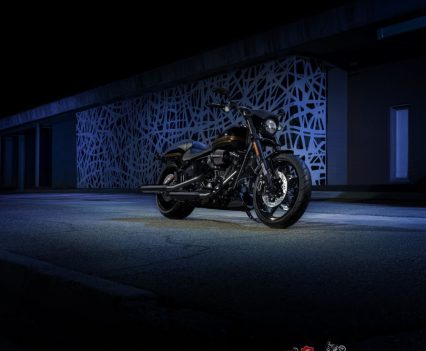 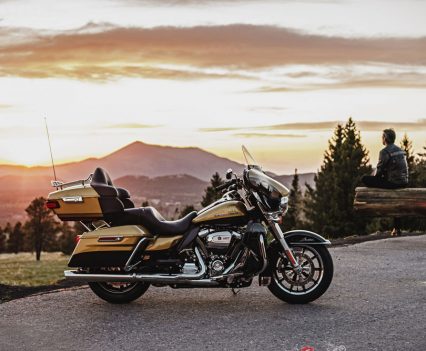 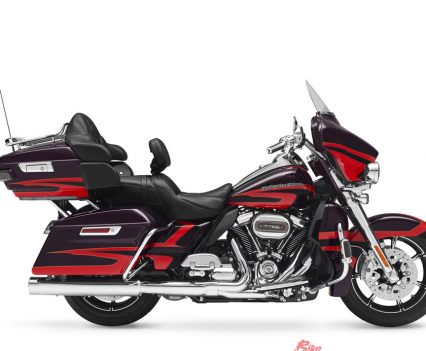 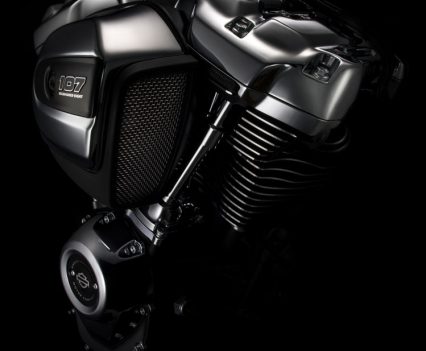 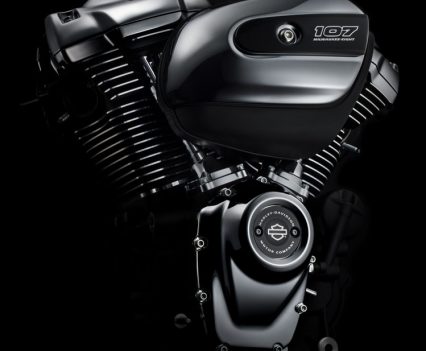 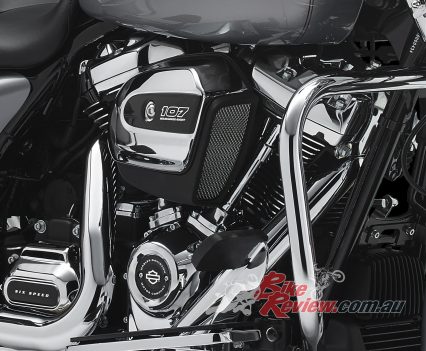