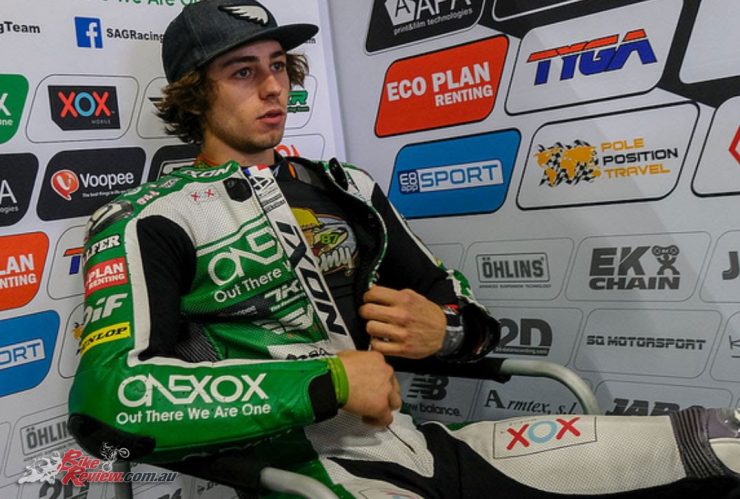 At the sharp end throughout Free Practice, a maiden Pole Position, the first in the middleweight class for an Aussie since Casey Stoner in 2005, and inside the top three in Warm-Up, Remy Gardner had the perfect start to the Dutch GP at the iconic TT Circuit, Assen. Sadly, for the #87 ONEXOX TKKR SAG Racing Team rider, the celebrations would come to a premature end before half distance, Gardner crashing unhurt after battling false neutrals. 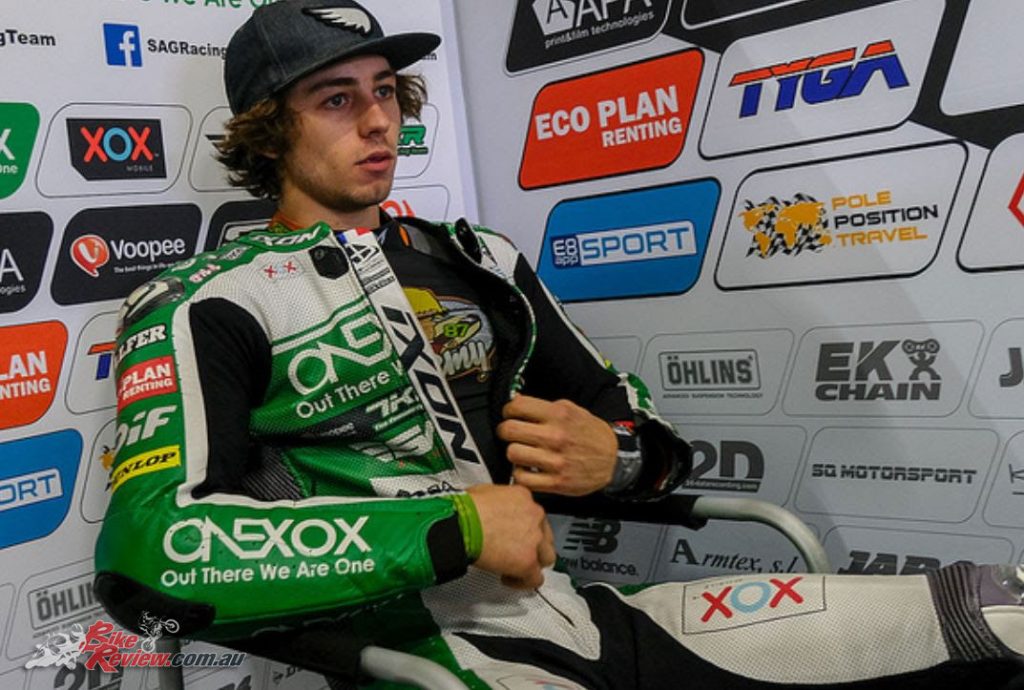 After a solid start that saw Remy running third on the opening, he soon edged his way forward into second on lap two before involving himself in the leading group for nine closely fought laps. A moment at the left-hand hairpin onto the back straight (bike appeared to jump out of gear) dropped him back to seventh before a couple of hard overtakes on his rivals put him back in the mix. Looking comfortable once again Gardner went down, a bittersweet ending to an otherwise perfect weekend.

After a couple of tough rounds Remy has showed that his early season front running pace was no fluke with speed around ‘The Cathedral’ and is looking to be back at the sharp end at the German Grand Prix next weekend.

In a social media post, Remy indicated gearbox problems caused the issues, “Who else loves a gearbox full of neutrals? Absolutely gutted… this was our day, unfortunately bikes are mechanical things and they break sometimes”…

Remy Gardner: “The weekend was almost perfect. I felt good in every session and was made up to get my first Pole yesterday. Warm-Up was also good and, in the race, certainly at the beginning, I felt good and think we could have won today. It just seems that whatever I do at the moment it goes wrong, but the luck has to change. I am so disappointed for me, the team, all my sponsors and the fans that are being so supportive this year. The good thing is that I don’t have to wait too long to ride again so let’s focus on the Sachsenring!” 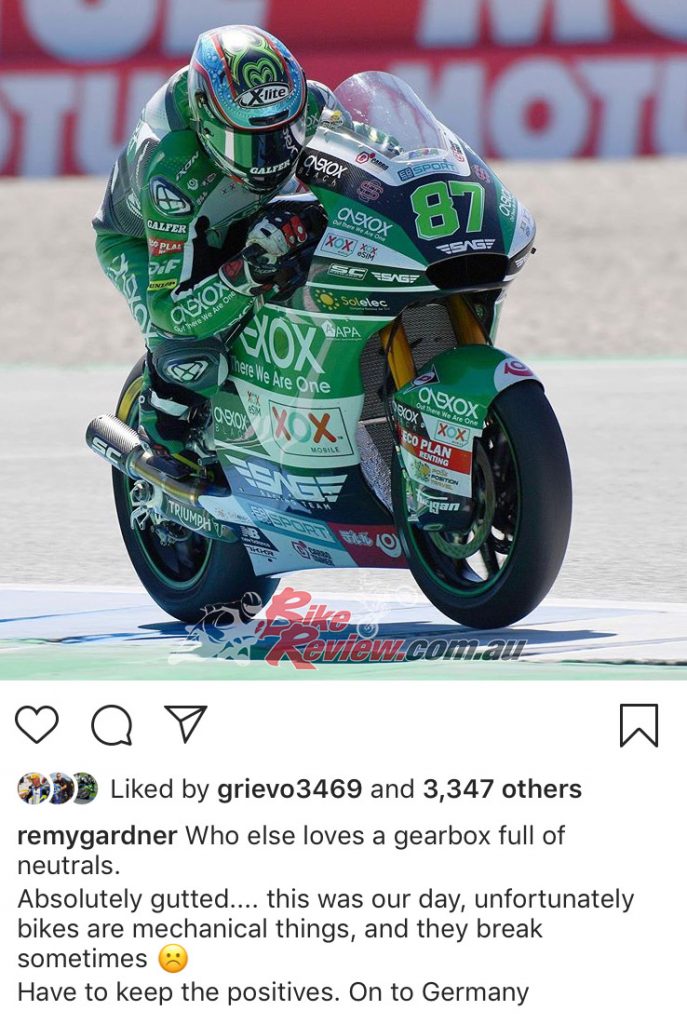