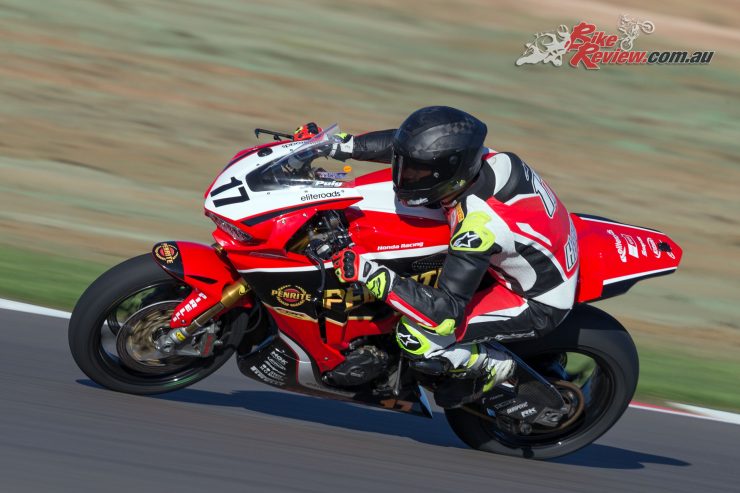 Day 1 of the official ASBK Test at The Bend Motorsport Park (SA) was one of the most anticipated in living memory and the on track spectacle lived up to the hype.

Topping the timesheets was Troy Herfoss (Penrite Honda Racing, Honda CBR1000SP). The brand new circuit located in Tailem Bend was highly acclaimed by the riders and the action will continue tomorrow for day two.

Setting the fastest time for the YMI Superbike class was none other than Herfoss on his Honda machine. Herfoss sharing, “It was really great to ride on a new track and I can certainly give it the tick of approval. Riding on this circuit was quite a treat. I’ve been to a number a few different tracks around the world and this one stacks up against some of the best. It’s got a touch of everything and I enjoyed it a lot!”

Coming in second was Troy Bayliss (Desmosport Ducati, Ducati Panigale FE). There was almost nothing between the two, with only 0.031 between them.

Slotting himself into third position was local rider, Daniel Falzon (Yamaha Racing Team, Yamaha YZF-R1M). He will be one of the fan favorites for Round 3 when racing gets underway.

Times are surely set to tumble tomorrow as the rubber gets laid down at The Bend Motorsport Park, so stay tuned to the results of the premier class. 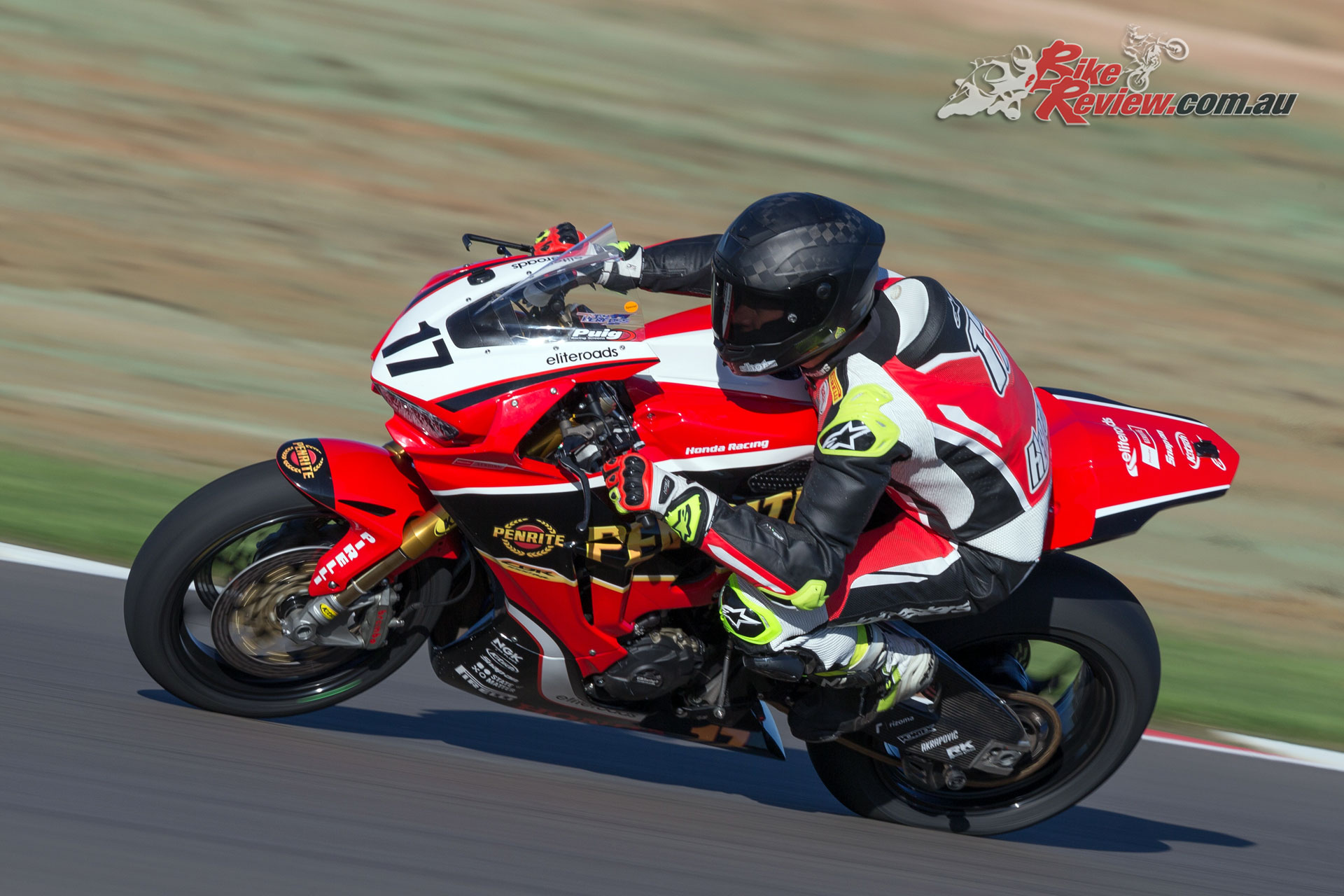 Continuing on from his Wakefield Park domination was Cru Halliday (Yamaha Racing Team, YZF-R6). The Factory Yamaha rider was devastatingly quick and looked like he was progressing well throughout the day.

Up in second was Halliday’s greatest title rival, Tom Toparis (Cube Racing, Kawasaki ZX-6R). These two have been battling it out in the early rounds of the season and results indicate this could be on again for Round 3 at The Bend. Toparis finished a further 0.648 off the fastest time. 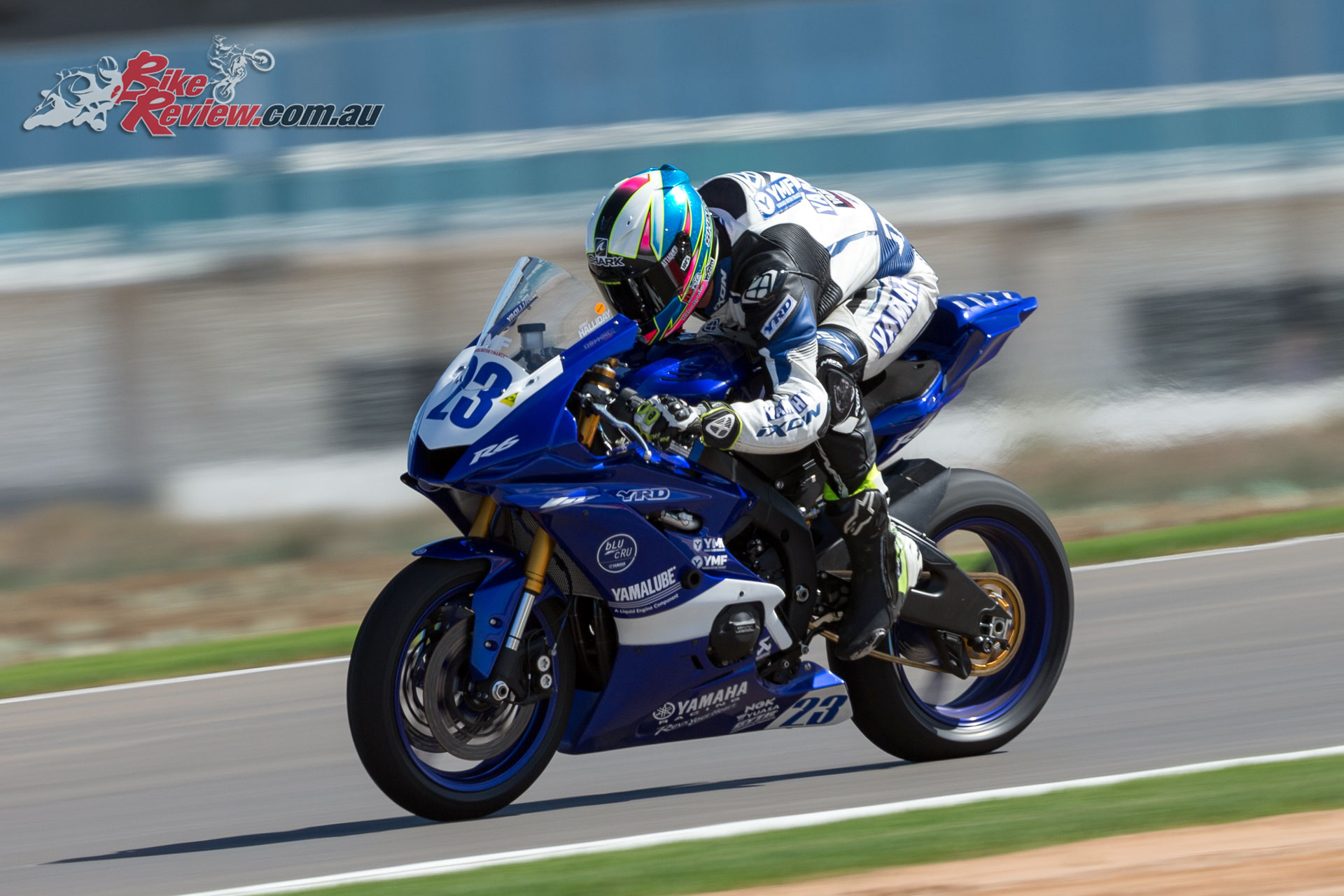 Finishing in third position was the impressive Max Croker (Mat Mladin, Suzuki GSX-R600). Croker was injured at Round 1 and it’s great to see him back towards the top of the times. Croker will need to find 1.563s to match the best lap time in his class so far.

Oliver Simpson (Simpson Crash, Yamaha YZF-R3) impressed many with his ability to adapt to The Bend. Simpson set a benchmark of 2:14.141 during the final session for his class. He is also a local South Australian.

Coming up in second was Tom Bramich (Yamaha YZF-R3) who looks like a strong contender for victories in Round 3. Bramich was only 0.081 behind the pacesetter Simpson. 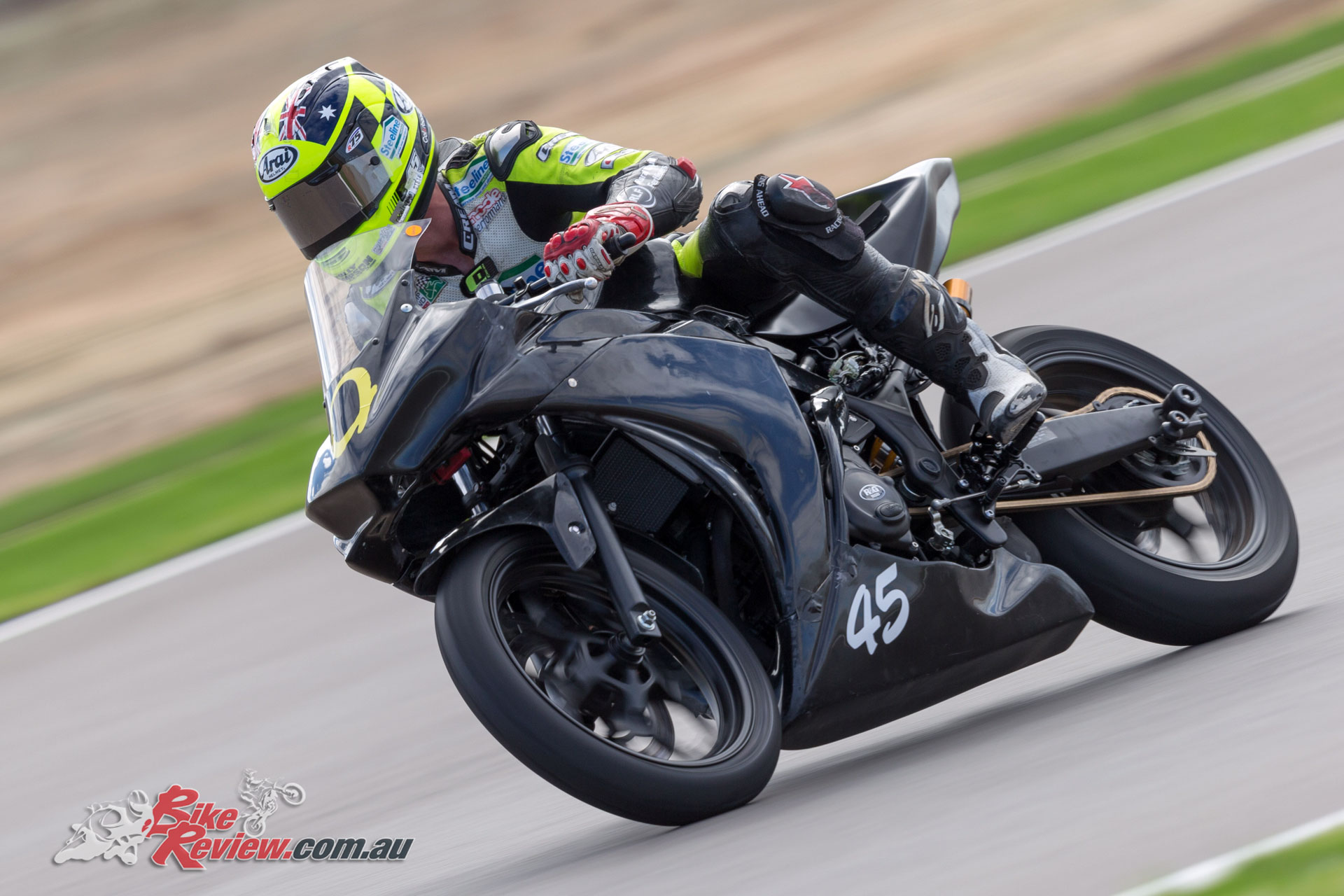 Establishing herself in the top three was Tayla Relph (Yamaha YZF-R3). Relph was 0.21 off the front runner’s pace.  The top five was also made up of Oli Bayliss (Cube Racing, Kawasaki Ninja) and Harry Khouri (Excite M-sports, Yamaha YZF-R3).

As one of the most entertaining and competitive classes on the ASBK grid, there will clearly be plenty of overtaking and exciting battles to come when the Championship returns to The Bend.

The action continues tomorrow for day two of the Official ASBK Test at The Bend Motorsport Park. ASBK will return to the track for a joint round with the FIM Asia Road Racing Championship (ARRC) 19-22 April.

Fans that wish to catch all the action at The Bend Motorsport Park for the ASBK and ARRC double header can purchase tickets here.