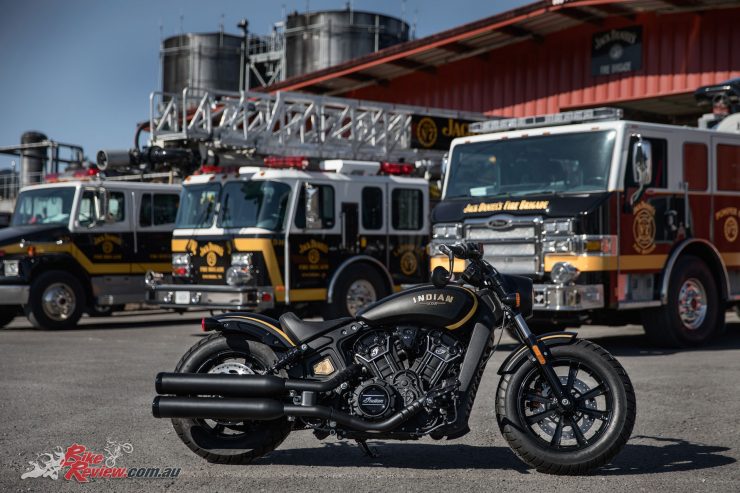 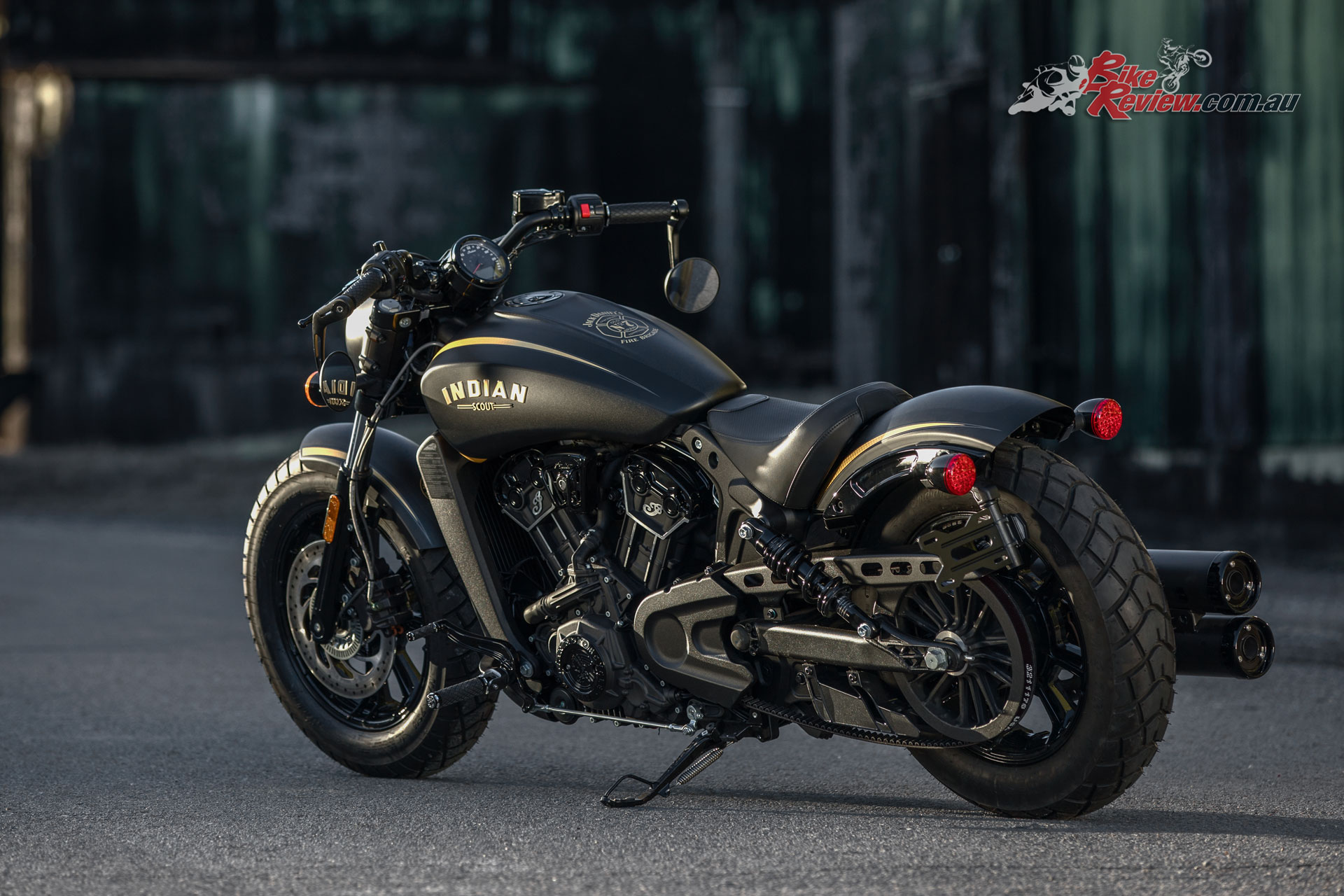 The employees at Indian Motorcycle share that same passion for their craft and developed
this bike as a tribute to the people who are committed to keeping their community’s safe, the statecertified firefighters of Jack Daniel’s, as well as firefighters and EMS professionals everywhere.

The Jack Daniel’s Limited Edition Indian Scout Bobber maintains the low-slung, blacked-out and stripped-down attitude of the Scout Bobber, but also boasts several ultra-premium, custom features that create a truly unique motorcycle. As a nod to the “Old No. 7 Brand”, only 177 of these bikes will be built globally, making anyone who owns one a member of an extremely exclusive club. 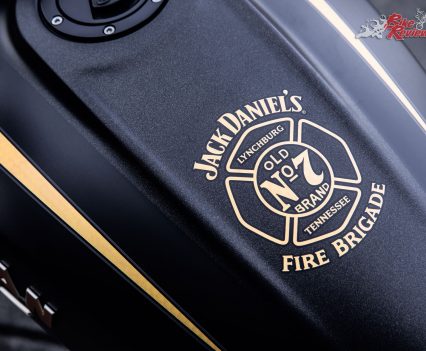 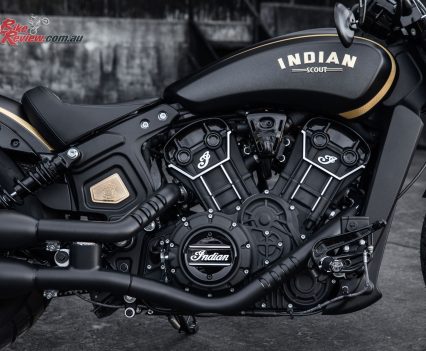 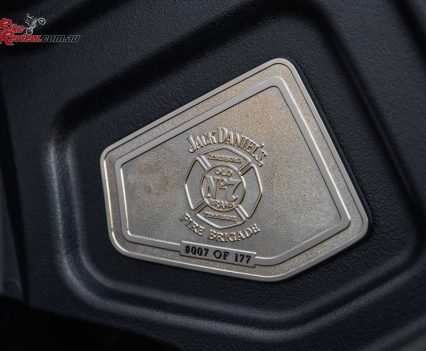 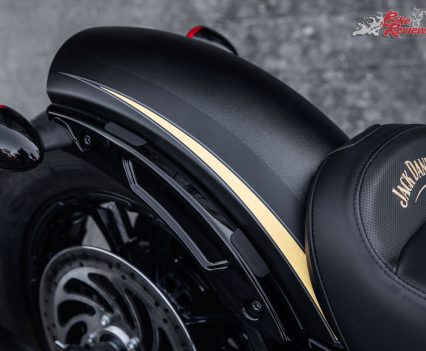 Each of the 177 individually-numbered motorcycles are accented with Jack Daniel’s Fire Brigade themes. The bike has subtle two-tone matte black paint, a first for Indian Motorcycle, and is covered in real 24-karat gold graphics on the tank and fenders. The 24-karat gold carries through to the Fire Brigade emblem on the tank and the “Bottles and Throttles Don’t Mix” emblem on the front fender. 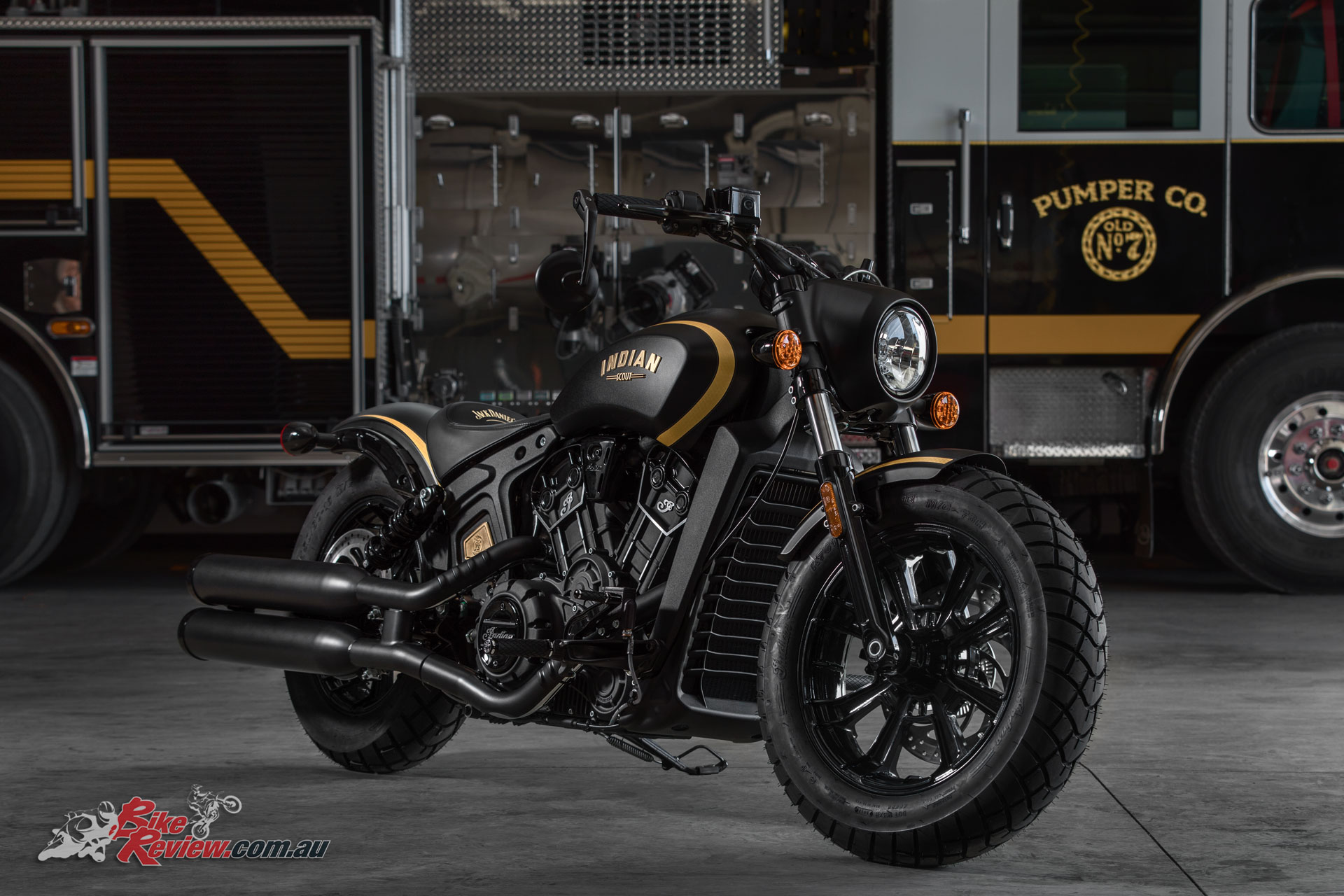 Other custom details include a perforated genuine leather seat with “Jack Daniel’s” embroidery and custom grips, pegs, and shift levers inspired by the “Old No. 7 Brand.” Premium gloss black finishes on the fender struts, hand control levers, engine valve covers, and exhaust tips, while a gold colored Indian Scout badge further showcases the attention to detail given in the design of this limited-edition bike. Also unique is a one-of-a-kind Montana Silversmith badge that’s individually numbered and coated with real 24-karat gold. 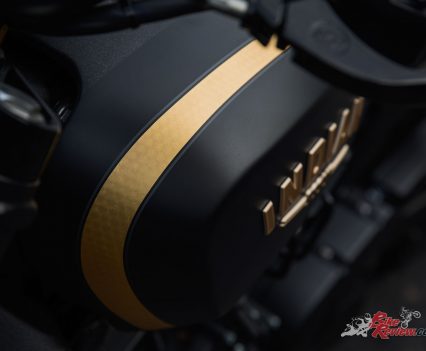 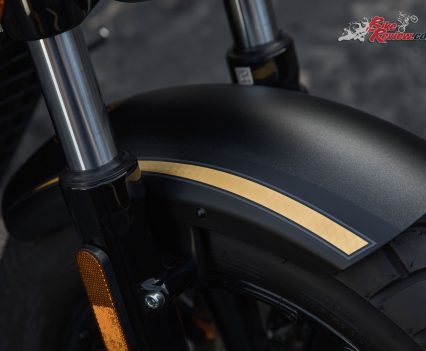 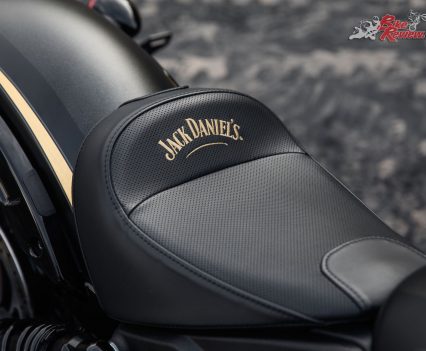 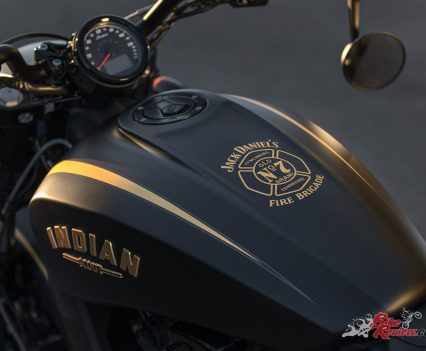 *Overseas model shown in all media images. Axe may not be available in Australia or New Zealand markets 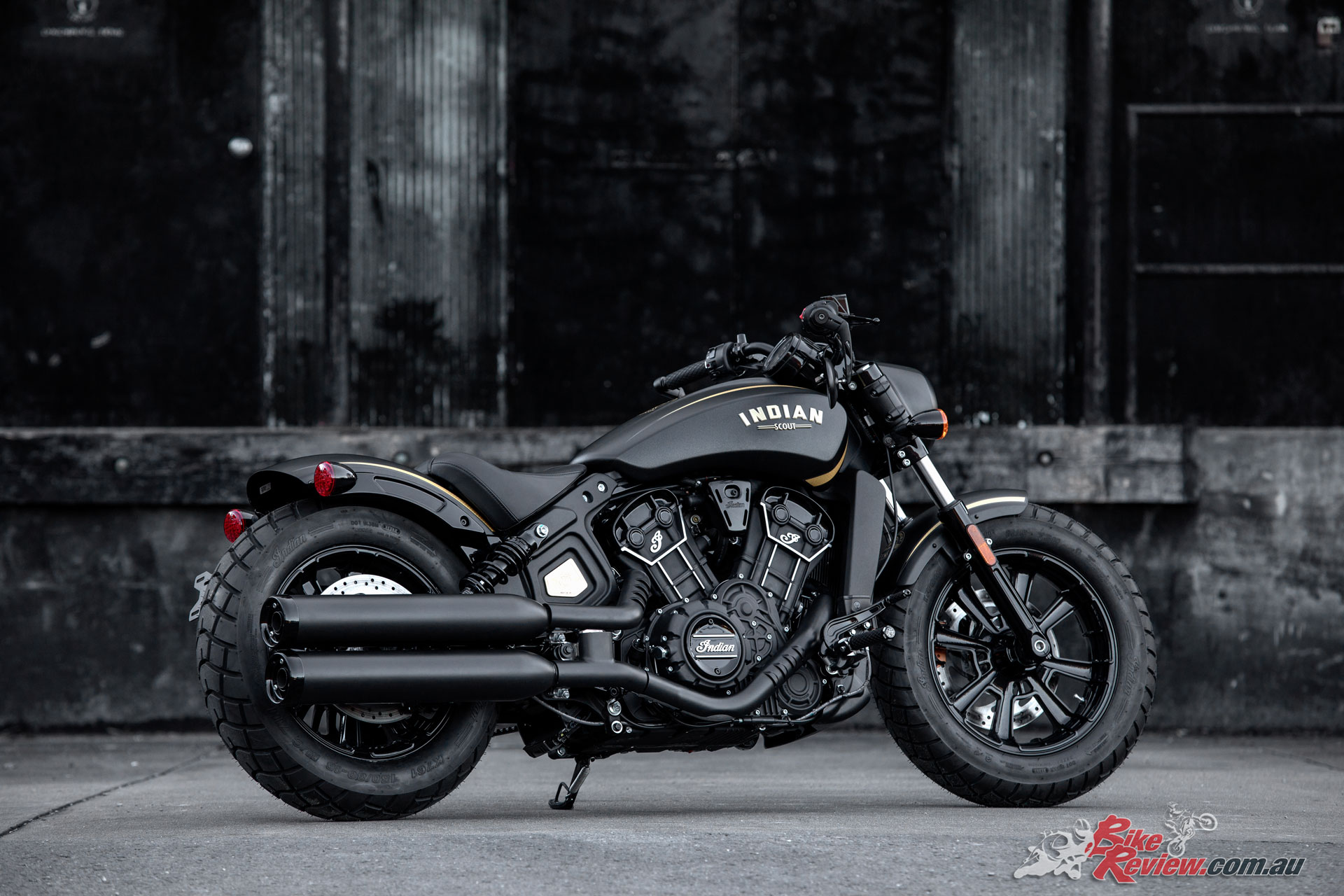