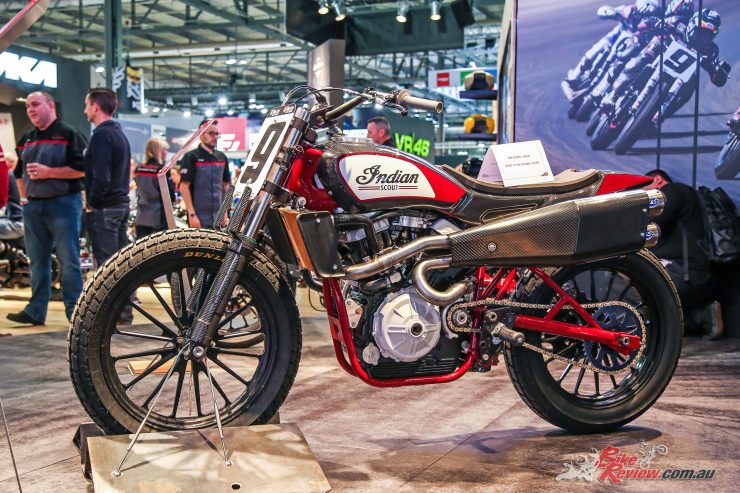 Indian Motorcycle has put months of public speculation to rest, at the Wheels & Waves festival in France, the iconic American motorcycle company confirmed that an FTR 1200, inspired by Indian’s storied history in flat track racing, will be going into production. 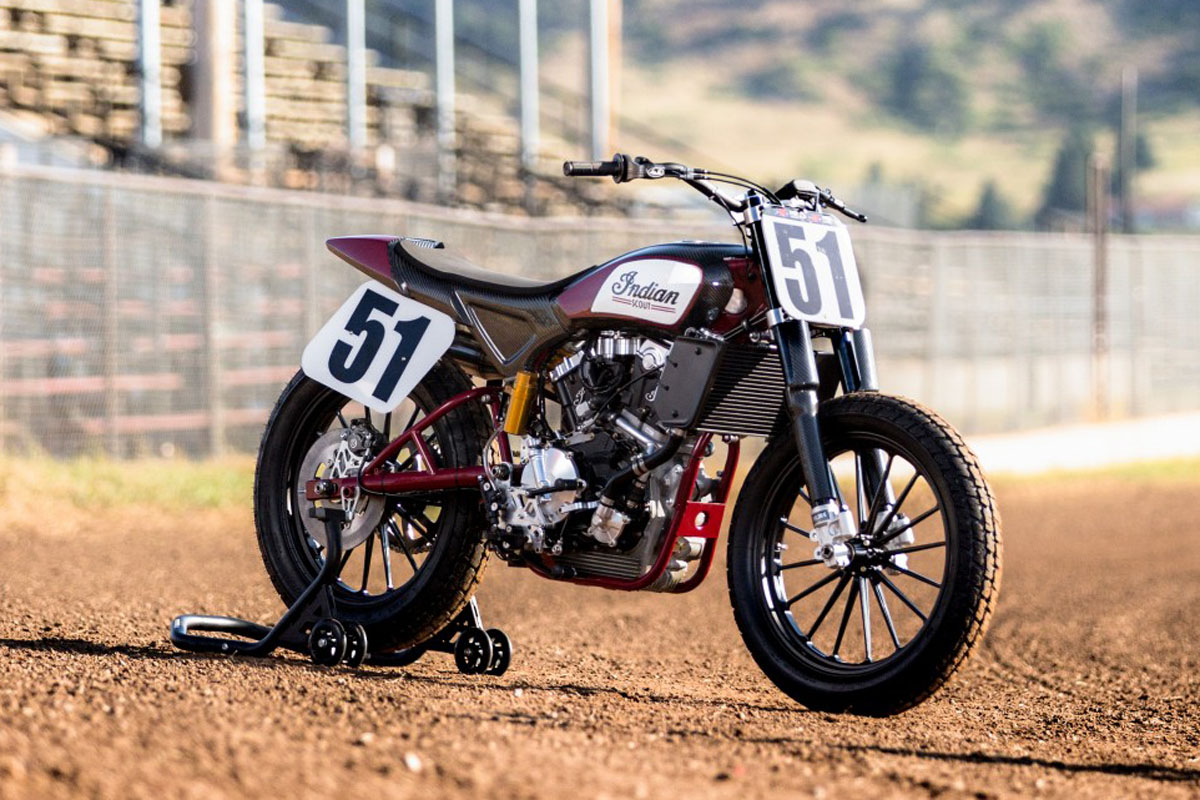 While a formal release date has not been set, plans point toward the bike going on sale in 2019. In addition to announcing production intentions, Indian also announced a competition where riders can enter to win one of the first bikes to come off the assembly line. Riders intent on owning the new Indian FTR 1200 can visit www.win-ftr1200.com for a chance to win the highly anticipated new model.

“When we unveiled the FTR1200 Custom at EICMA, we said we’d listen to feedback from riders around the world,” said Steve Menneto, President, Indian Motorcycle. “Riders definitely have spoken and the response has been overwhelming. We’re proud and excited to announce that we will be putting the FTR 1200 into production.” 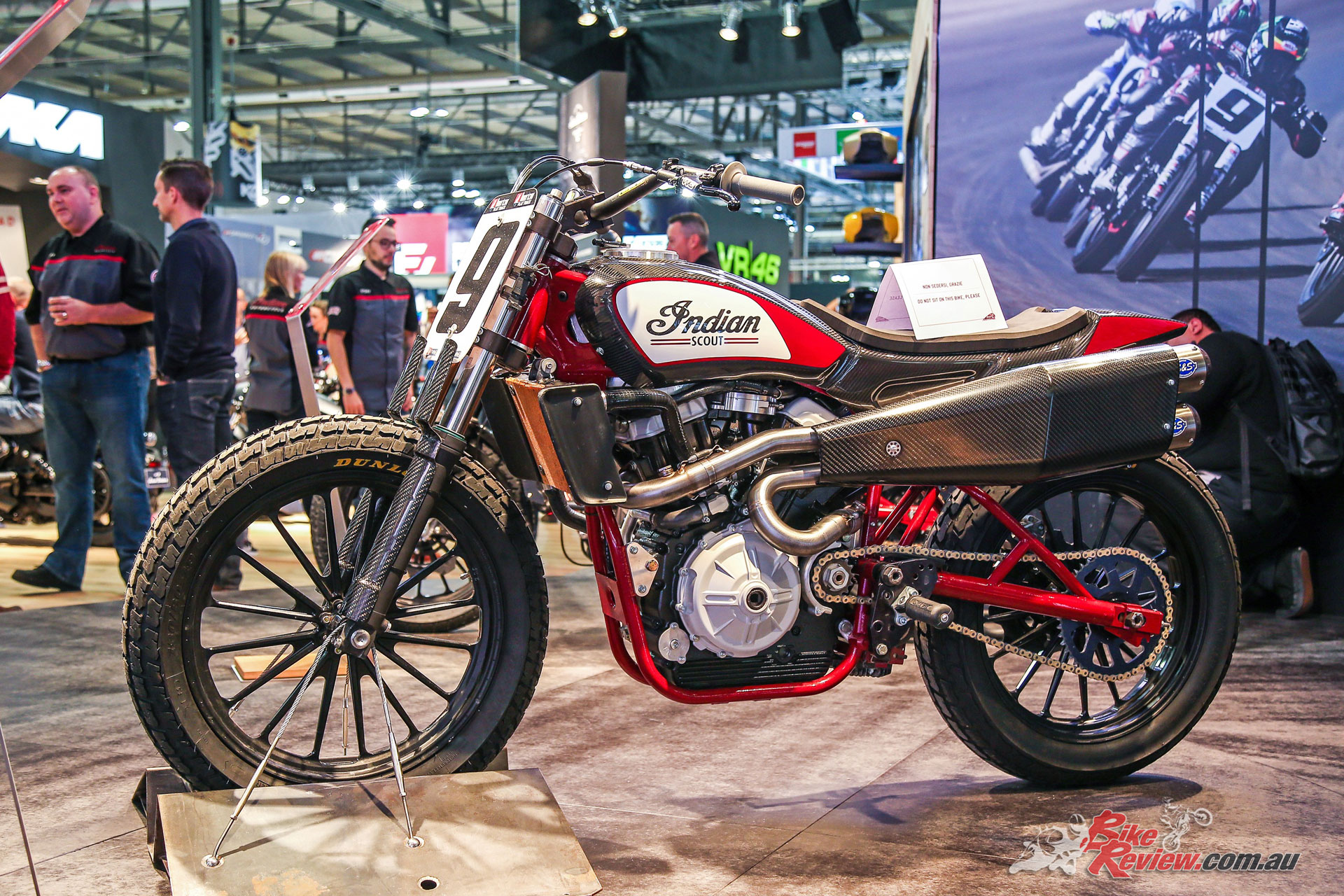 The announcement comes in response to months of speculation and demand for a street version of the company’s wildly successful FTR750 – a purpose-built flat track racer that has dominated the American Flat Track professional racing series since its introduction in 2017.

That speculation was intensified by the company’s development of the FTR1200 Custom, a one-off build that toured global motorcycle shows this past year. The new FTR 1200 will take inspiration, design and performance cues from these two predecessors, but will maintain a look and style all its own. 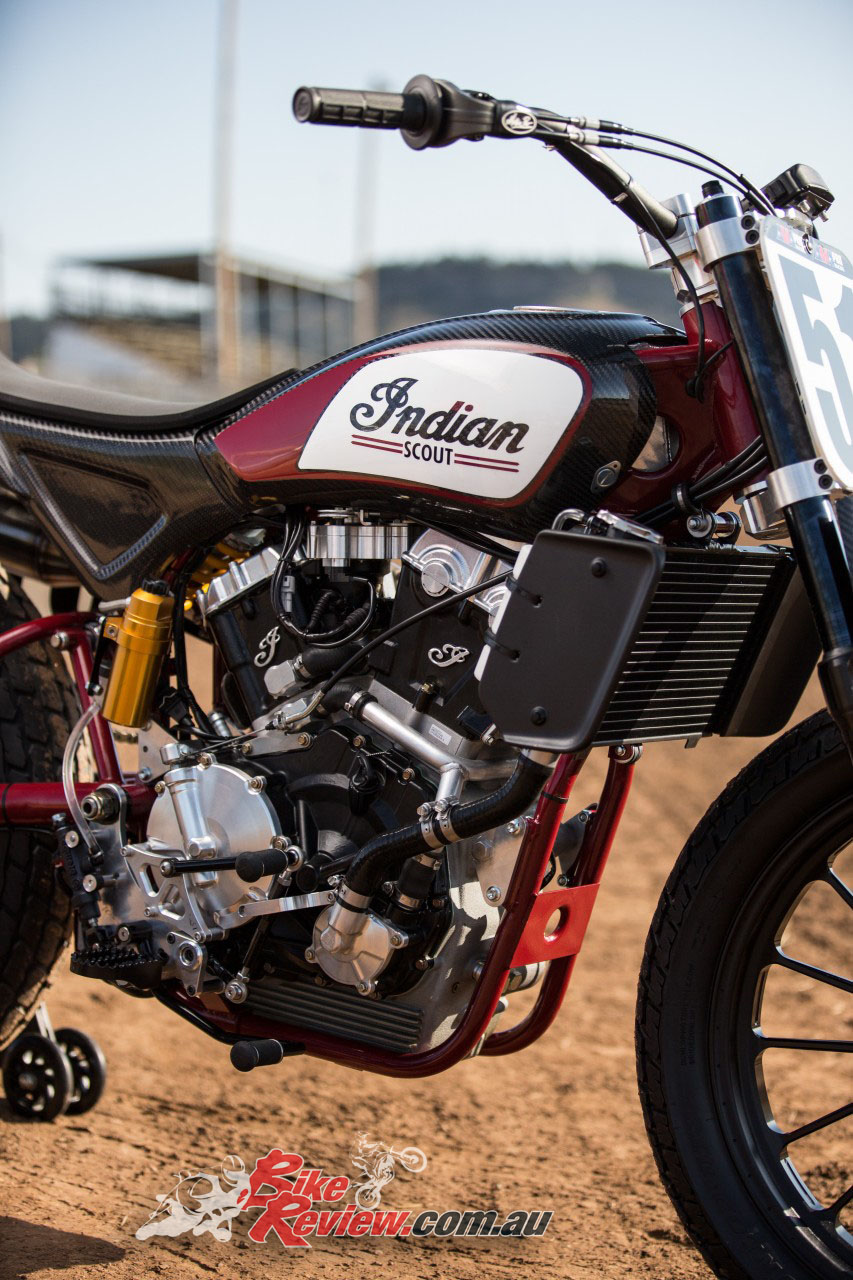 The FTR 1200’s full specification is yet to be announced, but it will embody a flat tracker style, housed in a trellis frame and powered by a new V-twin engine. Also present at the announcement was Indian Motorcycle Senior Designer Rich Christoph, who was instrumental to the design of the FTR 1200, FTR1200 Custom, and FTR750.

“We wanted to make sure that the FTR 1200 wasn’t merely a regurgitation of the FTR1200 Custom, but something uniquely ‘street,’ albeit flat track inspired,” said Christoph. “We’re thrilled about the character this bike possesses, and its ability to take American V-twin motorcycles into new territory.” 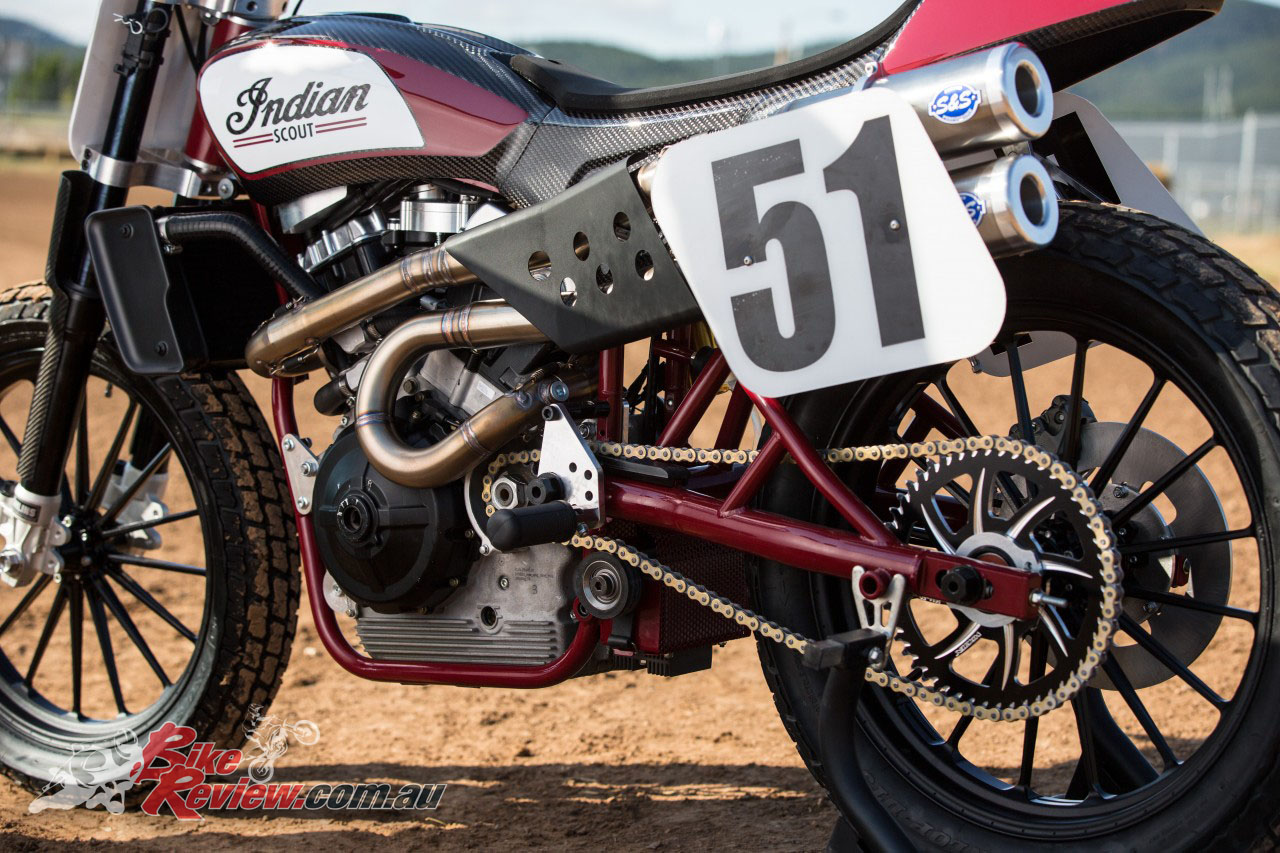 A small group of industry VIPs viewed an early production version of the FTR 1200 behind closed doors at Wheels & Waves, showing that Indian is indeed serious about bringing the new model to market.

“From the very beginning, our intention was to develop Indian Motorcycle into a global brand,” said Michael Dougherty, President, International. “Armed with a strong foundation, it’s now time to break new ground for an American motorcycle manufacturer and the FTR 1200 is where that begins.” 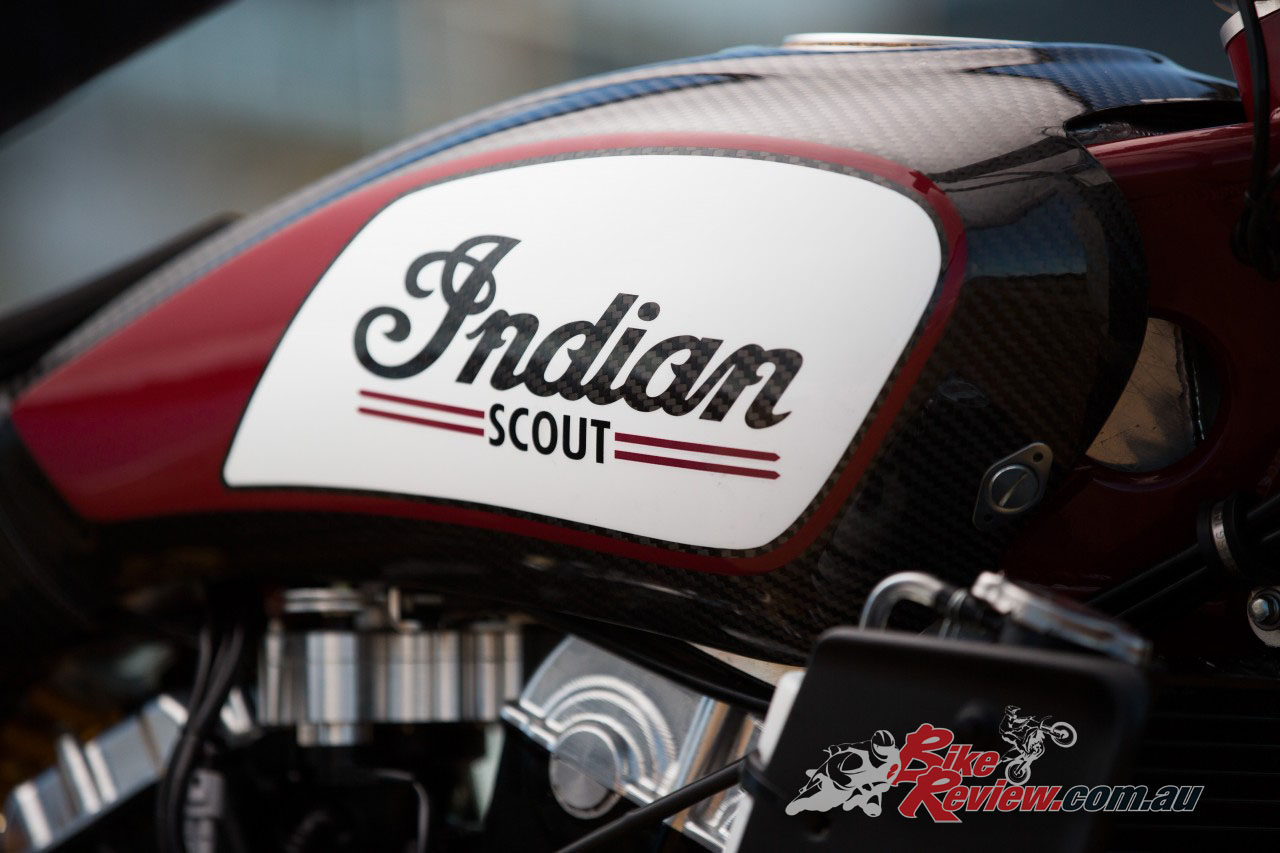 Visit www.win-ftr1200.com to sign up for a chance to win one of the first FTR 1200’s off the production line and to stay informed as more information about the full specification of the production bike and the official launch date becomes available.