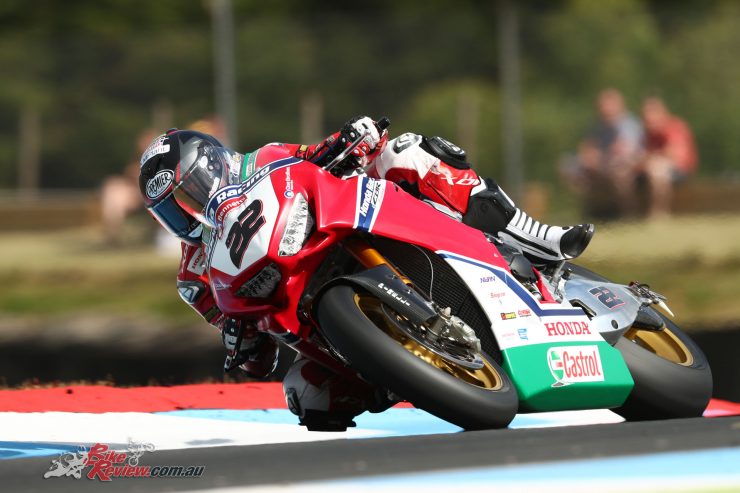 Injured O’Halloran battles it out at Knockhill

The fifth round of the Bennetts British Superbike Championship proved a tough weekend for Honda Racing as Dan Linfoot and Jason O’Halloran struggled to find form at Scotland’s Knockhill racing circuit.

After a close qualifying session yesterday with blistering lap times at the 1.3-mile track, the Honda duo lined up for the opening race of the day with Linfoot ninth and O’Halloran 12th on the grid. 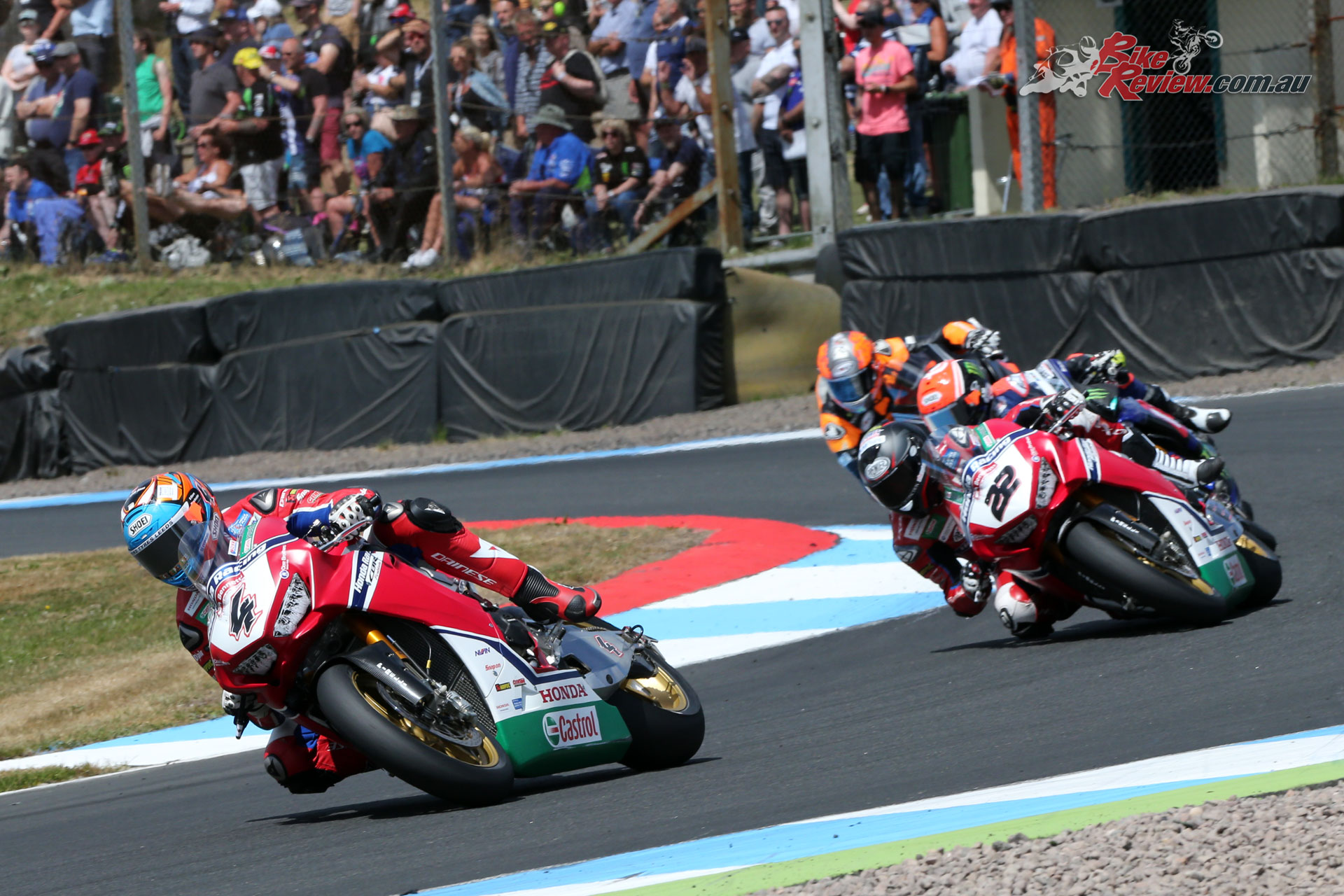 Still carrying an ankle injury, ‘The O’Show’ put in a brave effort aboard the CBR1000RR Fireblade, but struggled across the 30 laps at the physically challenging circuit. The Aussie crossed the line in 16th place narrowly missing out on vital championship points.

Jason O’Halloran explaining, “It was a hard decision to walk away today and miss the second race, but it’s been a tough weekend for me physically. We’ve had good speed through all sessions and I had a good day yesterday, but it took a lot out of me and I’m not over this injury yet. Knockhill is a really physical track and my legs just aren’t strong enough, I need to think about the next couple of races and not set my progress back any further. I’d made a good step from Snetterton, even with a small set back and managed to get strong for this weekend, but over the weekend it did become a struggle. 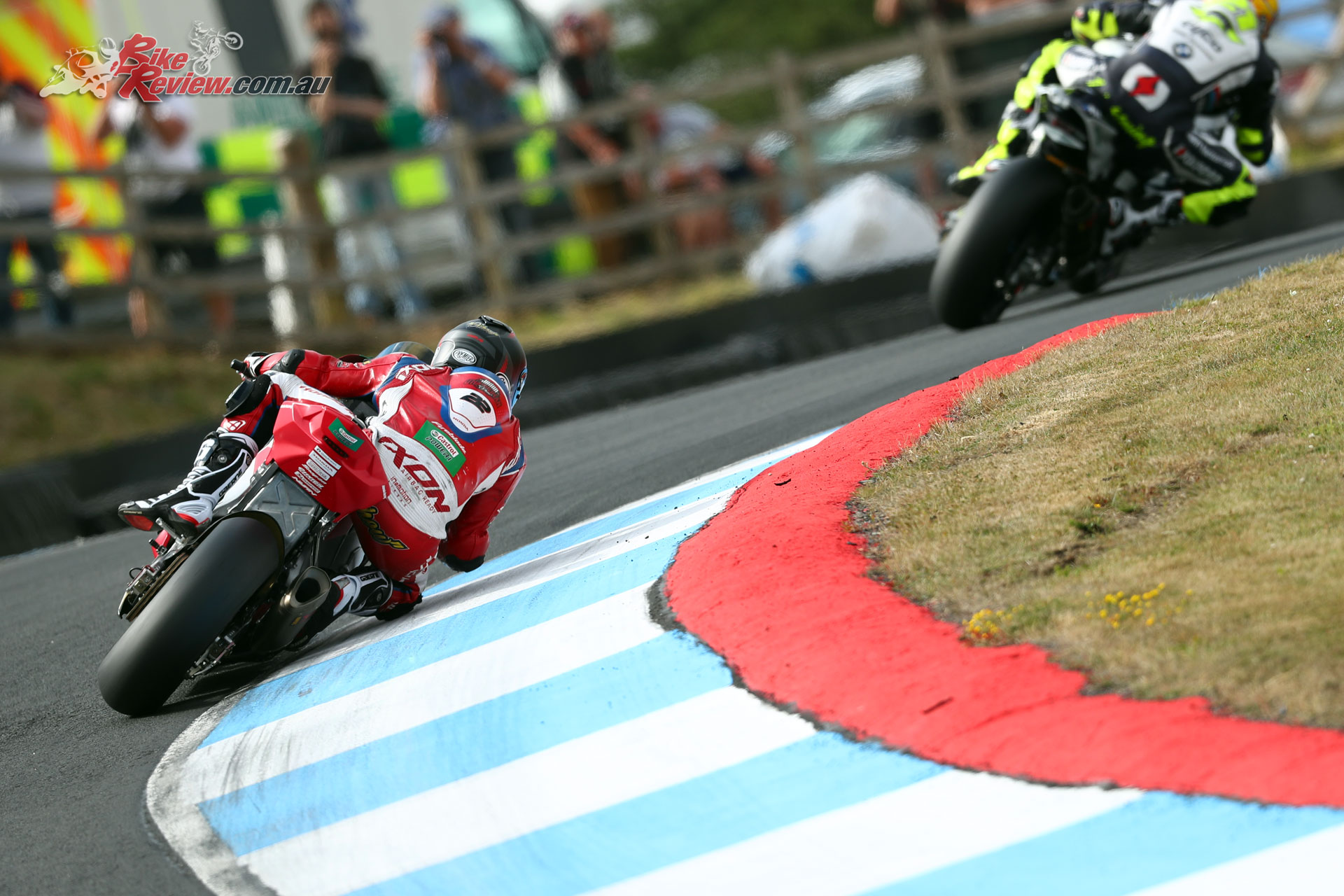 “We have to be sensible and there’s no point in hurting myself more, it’s not going to do us any favours in the long run. As soon as I am 100% fit again I know I’ll be back at the front, the Fireblade is working so well and the team are doing such a good job, which makes it even more frustrating. But I have to let my body heal and we can’t speed that up, so just need to stay focused and we will be back stronger at Brands.”

Meanwhile, teammate Linfoot was forced to retire early from race one after experiencing an issue back shifting. Running wide and dropping into 14th place in the early stages, he ran wide again at the hairpin on the 22nd lap, and with the issue on-going retired from the race.

For the second race Linfoot lined up without O’Halloran, who sat out of the race to avoid further damage to his ankle. Eventually coming home in 13th, Linfoot had struggled with pace across the 30 laps, a post race analysis showed there was an issue with the front wheel speed sensor. 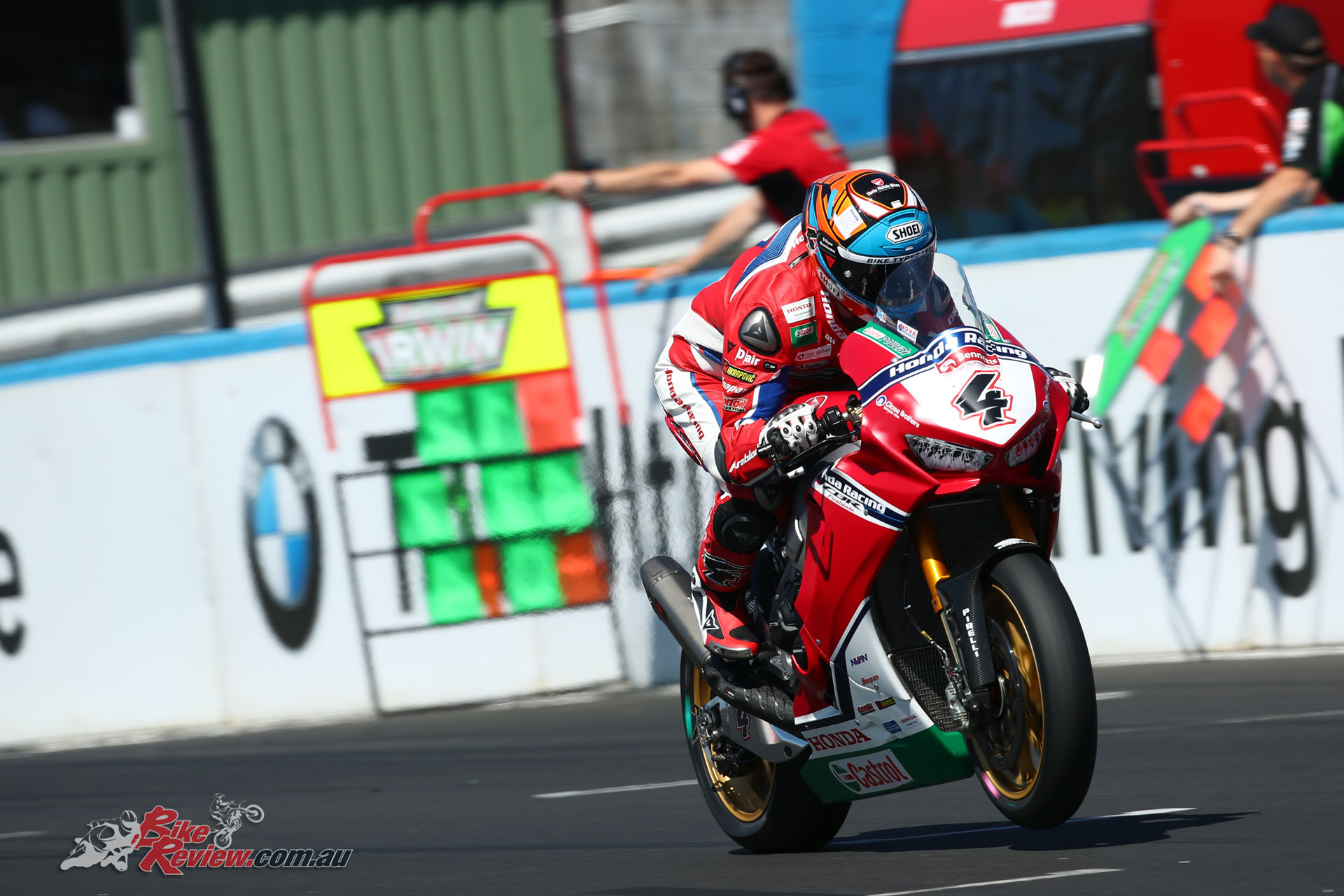 Dan Linfoot adding, “It’s been a tough weekend, I came in wanting to leave with a strong points tally, but we’re leaving with three points, which isn’t ideal with the Showdown in mind. Race one we had the issue back shifting and on lap five I ran wide and had to re-join the back of the group I was in. I made good progress over the next few laps and made a move on [James] Ellison, but ran wide into the hairpin and ended up deep in the gravel, when I re-joined I was 18th and didn’t want to risk it happening again and potentially crashing. The lads replaced the engine for race two, but I immediately didn’t feel like I had any engine braking control and was backing into corners with no real pace. I finished the race in 13th and collected three points, but we have since found out there was an issue with the front wheel speed sensor, which is relieving to hear but also frustrating! I enjoy Knockhill and have enjoyed success here in the past, so to be walking away after a weekend like we’ve had is a little frustrating. We now have to look to Brands Hatch for the next round, I like the GP circuit and I had a podium there last year so looking forward to getting back into the mix.”

The Honda Racing team now have two weeks before heading to Brands Hatch for the sixth round of the series (20-22 July), where they hope to return stronger and back in the mix.