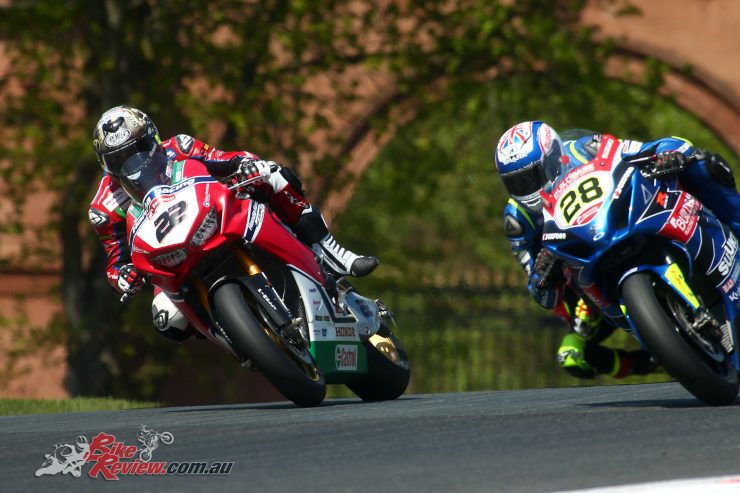 The third round of the Bennetts British Superbike Championship at Oulton Park was a strong weekend for Honda Racing as Jason O’Halloran placed the Honda CBR1000RR Fireblade on the podium in the final race of the day, adding to his tally and boosting his championship points.

With perfect conditions at the Cheshire circuit the opening race of the day saw a strong performance for O’Halloran, running with the front group to finish fifth. Heading into the second race ‘The O’Show’ got a flying start off the line and quickly made his way to the front, taking the lead early on. 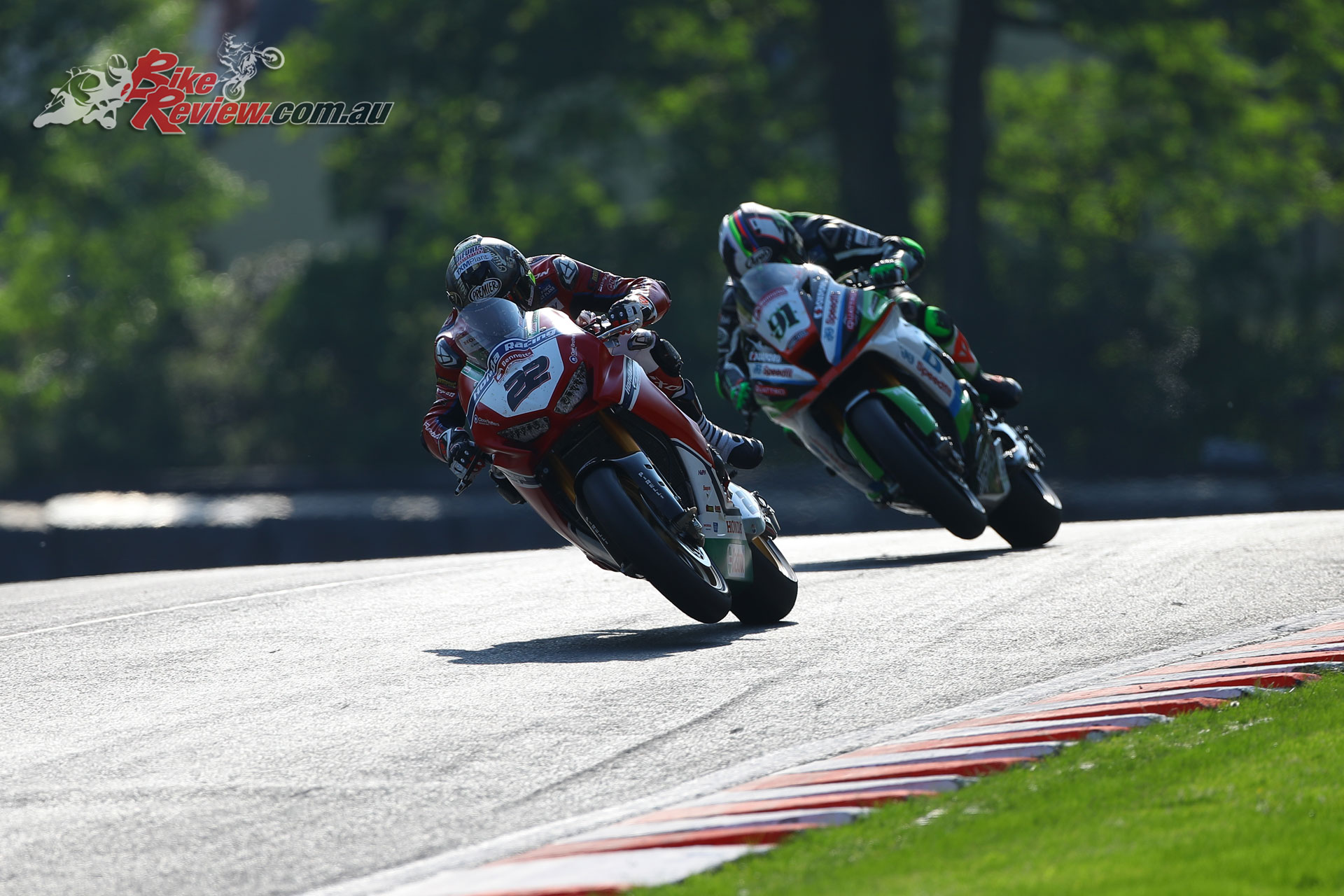 With good pace aboard the Fireblade, the Aussie held the lead for the majority of the 18-lap race and it wasn’t until the closing stages when Leon Haslam made a pass. Keeping on Haslam’s heels until the chequered flag, O’Halloran crossed the line just 0.086 seconds off the win and claimed the fastest lap of the race (1:34.857). With today’s results ‘The O’Show’ has moved up the championship standings into fourth place.

Meanwhile Ryuichi Kiyonari scored two top-15 places in both races as he stood in for Dan Linfoot. Helping the Honda team with the development of the CBR and with some key areas successfully tested across the weekend, ‘Kiyo’ made up places in both races to finish race one 12th and race two 15th, with consistent lap times throughout. 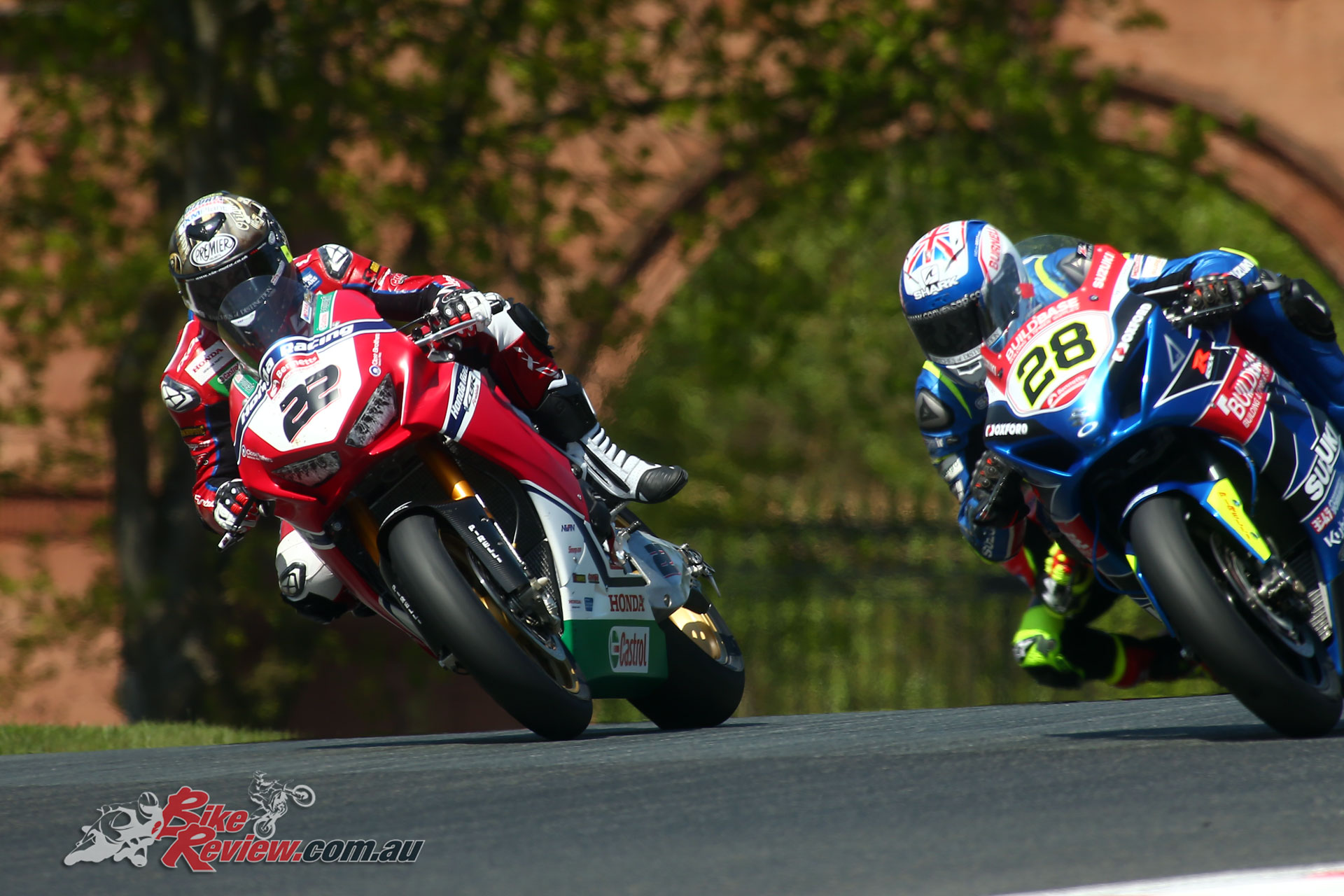 The team will now return to the workshop as they start to prepare for the fourth round of the Bennetts British Superbike Championship, which takes place at Snetterton in Norfolk on 15-17 June.

Jason O’Halloran later saying, “Today has been a really great day for us! In race one we had a small issue towards the end and came home fifth, but it was a good bunch of points collected. Going into race two, the boys did a great job putting a new engine in and it was a frantic few hours getting ready in the garage – but a massive thanks to them for giving me such a fantastic bike and it was probably the best I have felt on the Honda since I’ve been riding it. 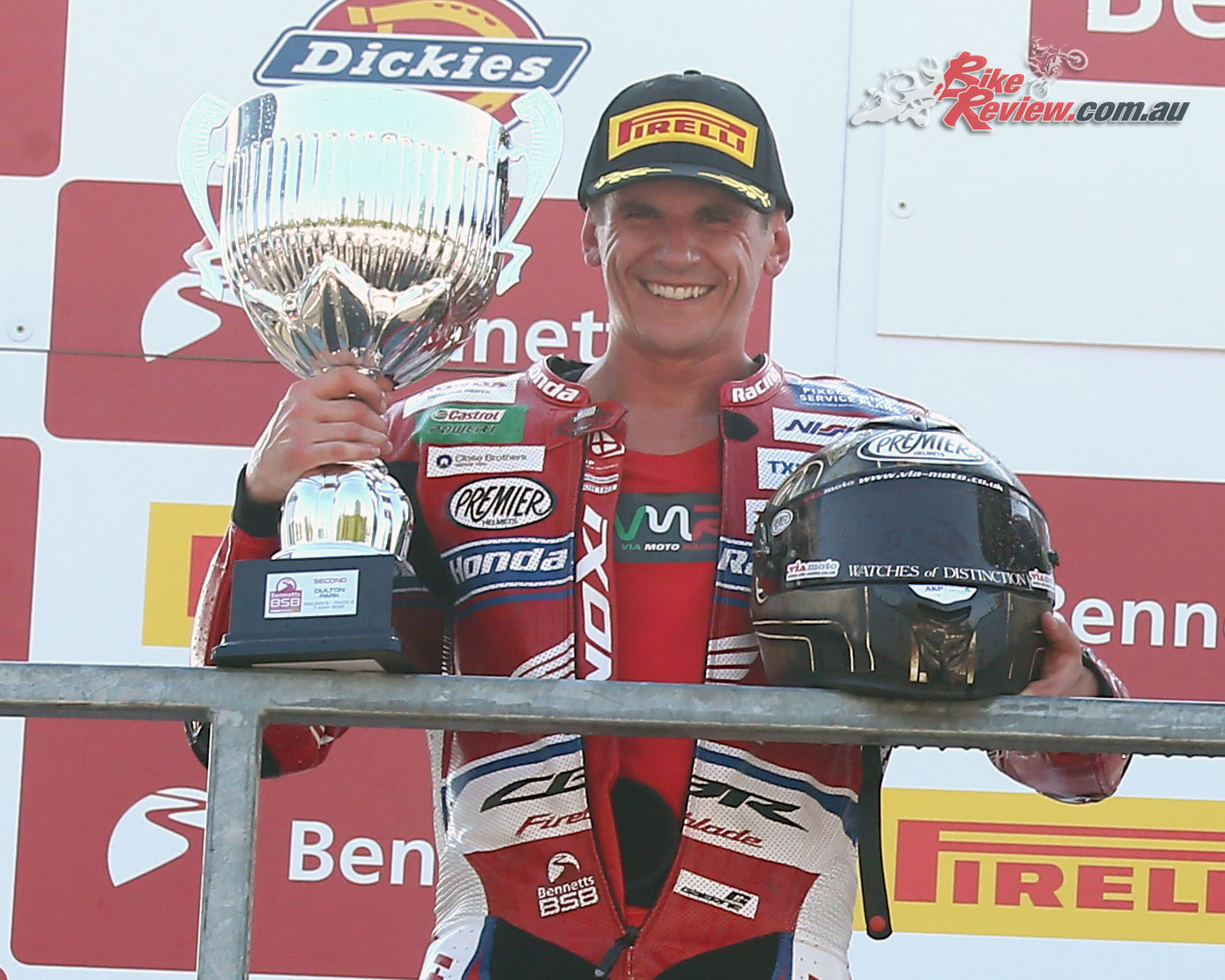 “I got a good start and made my way to the front and just wanted to control the pace and didn’t want to go too mad,” he continued, “I was watching the pit board and saw group five, group two, then one-second, two-seconds and saw I was getting away from the group. Leon came by and tried to up the pace, I knew I had something left and I managed to stay with him. I gave it all I could to try and win that race and it was so close at the end – it hurts more when you miss out by that much rather than a big amount! I know this year we will win some races, it’s just a matter of time!

“The team are doing a great job and every time I get on the Fireblade I’m more and more comfortable. We have a little break now in the series and then it’s Snetterton, I’ve had a win there before and a host of BSB podiums, so we’ll go there and try to win some races!”