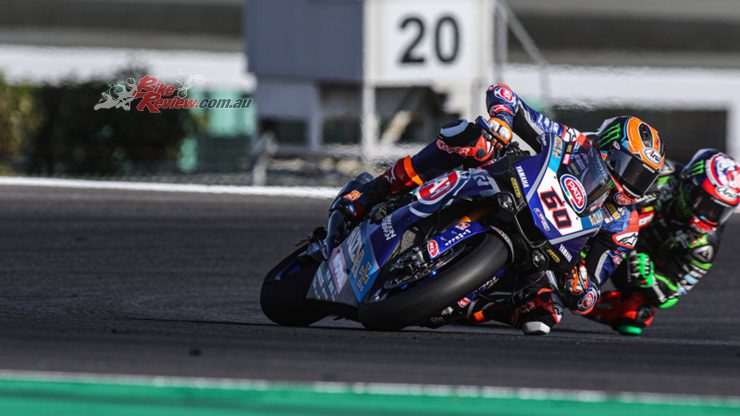 WorldSBK riders have completed their second and final day of the Official Portimao Test around Autodromo Internacional do Algarve in Portugal. Sun shone down on both days, and scorching weather saw riders dealing with different track conditions between the two daily sessions, with the asphalt temperatures reaching nearly 50 degrees in the afternoon. With that in mind, riders hit the track early this morning again, putting in their best laps and continuing from where they left off yesterday before the temperatures soared once again. 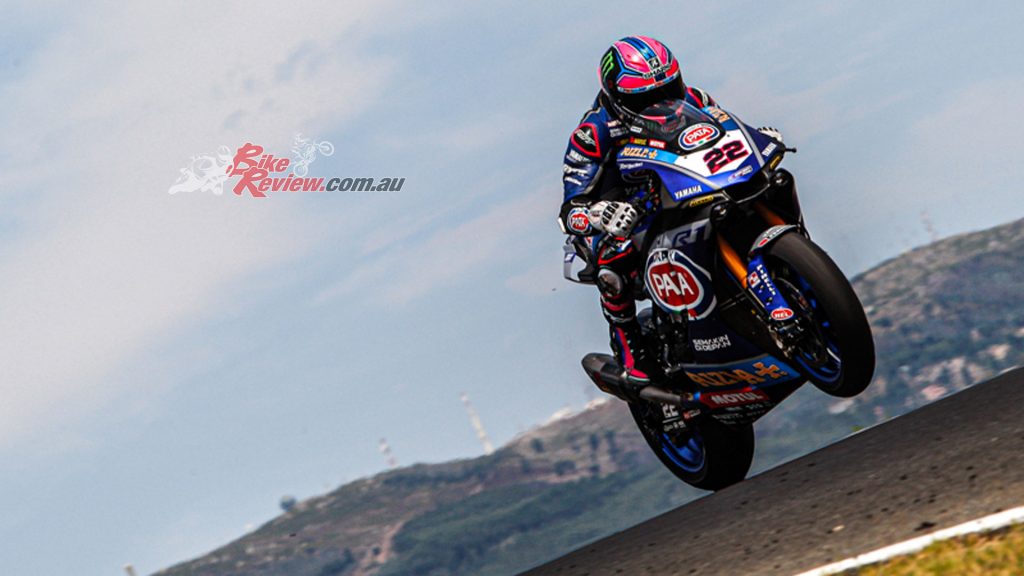 Pata Yamaha WorldSBK rider Alex Lowes was the fastest rider at the end of Day 2, after setting the quickest lap time in 1’41.153 this morning with qualifying tyres. While trying new chassis components and different soft tyres, the British rider took time also to understand his physical condition. During the break, Lowes had surgery to solve a tendinitis problem in his arms, but after two days of testing, he is now sure to be fit and ready for the round in September. On the other side of the garage, it was an eventful day for Michael van der Mark, who had a small crash in FP1 and experienced a technical problem twice in FP2. Despite that, the Dutchman cannot be disappointed with his results as he set the fourth fastest lap time with Q tyres.

It was a stronger day also for the Kawasaki Racing Team WorldSBK riders. Jonathan Rea closed again as second fastest just 0.218 s behind Lowes, with his best lap time improved of more than a second compared to the first day. His teammate Leon Haslam was sixth, not far from the top of the time screens. While both riders spent Day 1 focusing on their overall package, today they worked mainly in preparation for the next WorldSBK round here in Portugal.

After feeling unwell overnight, Toprak Razgatlioglu (Turkish Puccetti Racing) had to cut short his final day of testing. Third quickest today after two positive days, the Turkish rider prepared for the race weekend and tried different qualifying strategies with the rest of the season in mind. 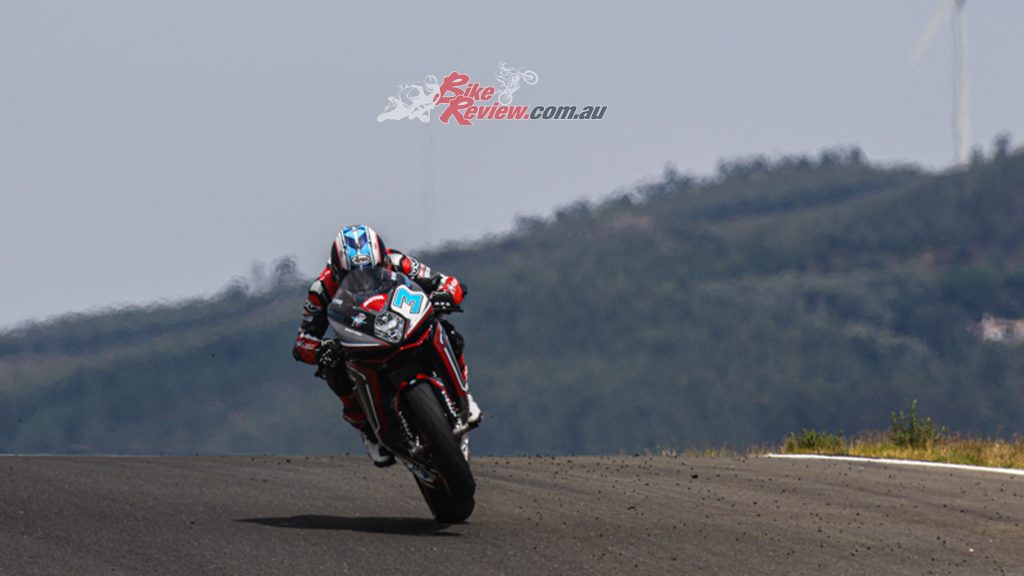 It was a shorter day also for Alvaro Bautista (ARUBA.IT Racing – Ducati) that due to pain in his shoulder, after sustaining an injury at the U.S. Round, also decided to sit out from FP2. The Spaniard completed the Portimao Test ninth overall ahead of Michael Ruben Rinaldi (BARNI Racing Team), who had a small crash with no consequence at the end of FP2. The Italian preceded the other official Ducati of Chaz Davies (ARUBA.IT Racing – Ducati), who had a different swingarm and other new items to test. Completing the group of Ducati riders, Eugene Laverty (Team Goeleven) finished eighth.

Loris Baz (Ten Kate Racing – Yamaha) was the rider to put in the largest number of laps – 146 laps across the two days. Today the Frenchman found an improvement on his opening day pace as he set the fifth fastest lap time in 1’41.718. It was a busy test for Baz, as he was trying new tyres compounds and working on improving the weak points of his Yamaha YZF R1. 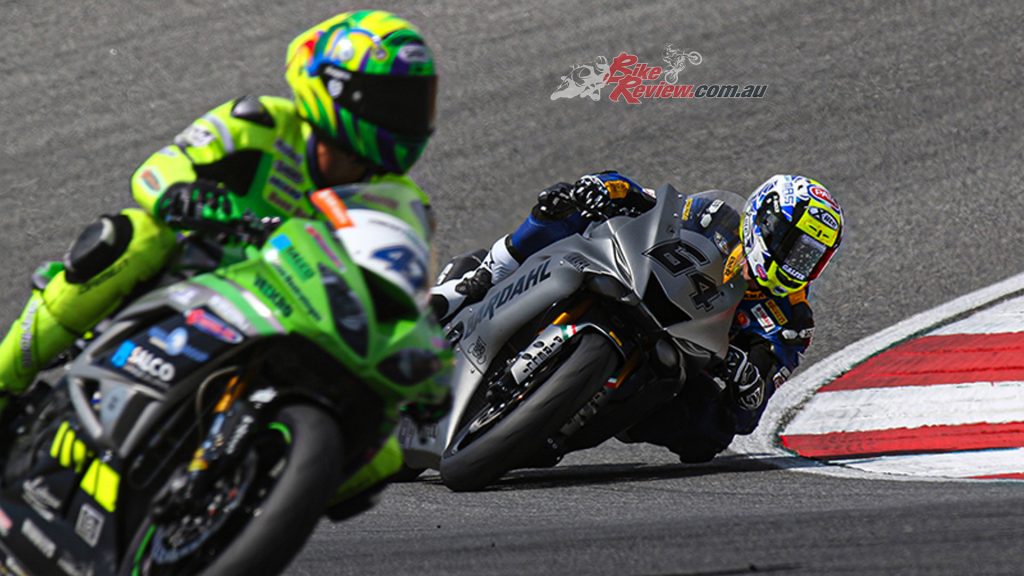 Continuing with his busy schedule, Sandro Cortese (GRT Yamaha WorldSBK) set the seventh fastest lap time, while teammate Marco Melandri closed thirteenth behind Tom Sykes (BMW Motorrad WorldSBK). The latter had different items to test on his BMW S 1000 RR but together with his teammate Markus Reiterberger (15th) they were able to gather enough information to work on for the next round. 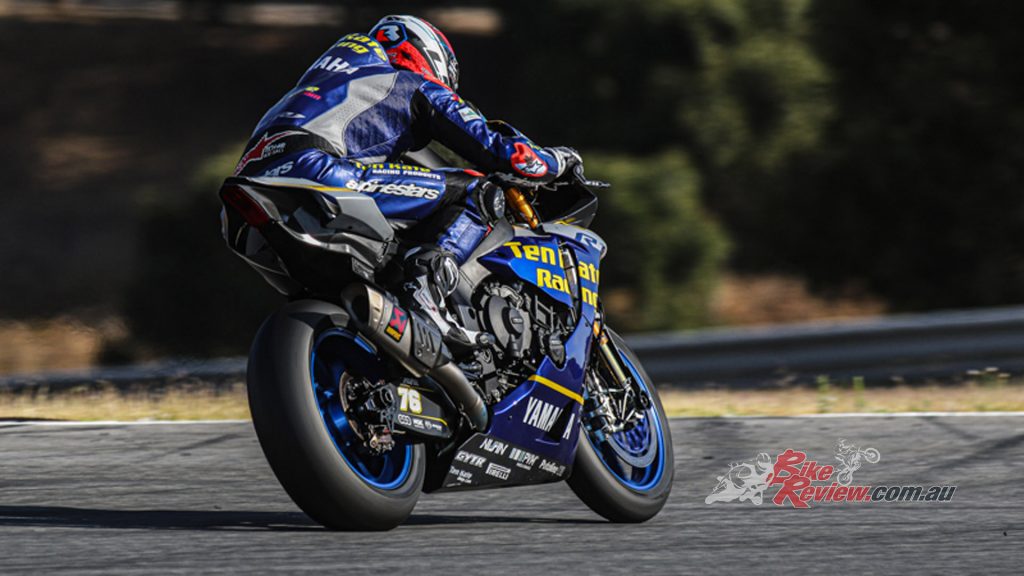 Race winners Jules Cluzel (GMT 94 Yamaha) set the third fastest time despite a small crash in the afternoon today. The Frenchman closed ahead of the Yamaha of Spanish rider Isaac Viñales (Kallio Racing) who worked well during both days.

Championship leader Randy Krummenacher (BARDAHL Evan Bros. WorldSSP) was the fifth quickest around Portimao after having set the pace at the end of Day 1 yesterday. The Swiss worked on improving his feeling with the front end of his bike, testing also his physical conditions. Krummenacher returned to the tarmac at Portimao after suffering a slight knee injury at the beginning of the two-month summer break, but he looks now to have fully recuperated.