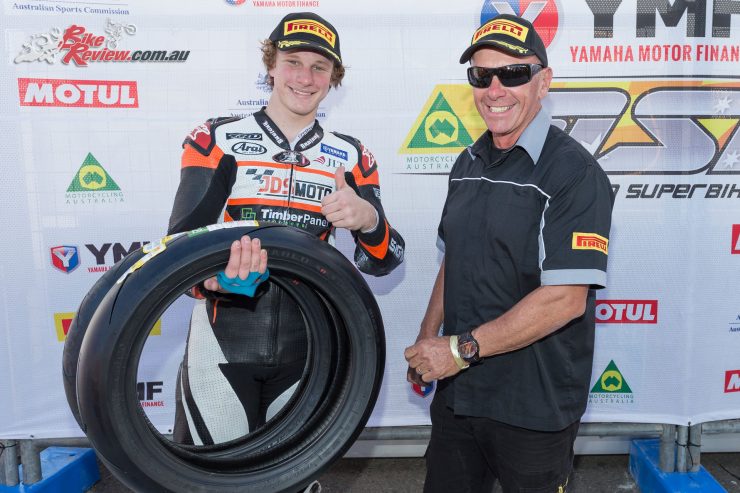 Mahaffy Wins Pirelli’s ‘Rider of the Round Award’ at SMSP

Link International will award a set of brand new Pirelli Tyres to a lucky Hi-Tec Batteries Supersport 300 rider at every remaining round of the Yamaha Motor Finance Australian Superbike Championship presented by Motul Pirelli in an initiative that rewards riders on their attitude and spirit over a race weekend. Jack Mahaffy (JDS Moto, Yamaha YZF- R3) was selected as the Round 6 Sydney Motorsport Park ‘Pirelli Rider of the Round’.

Pirelli designed the award to reward privateer riders in the Hi-Tec Batteries Supersport 300 classes who represent the brand well, look after the appearance of their bike and perform at a pace beyond the norm. 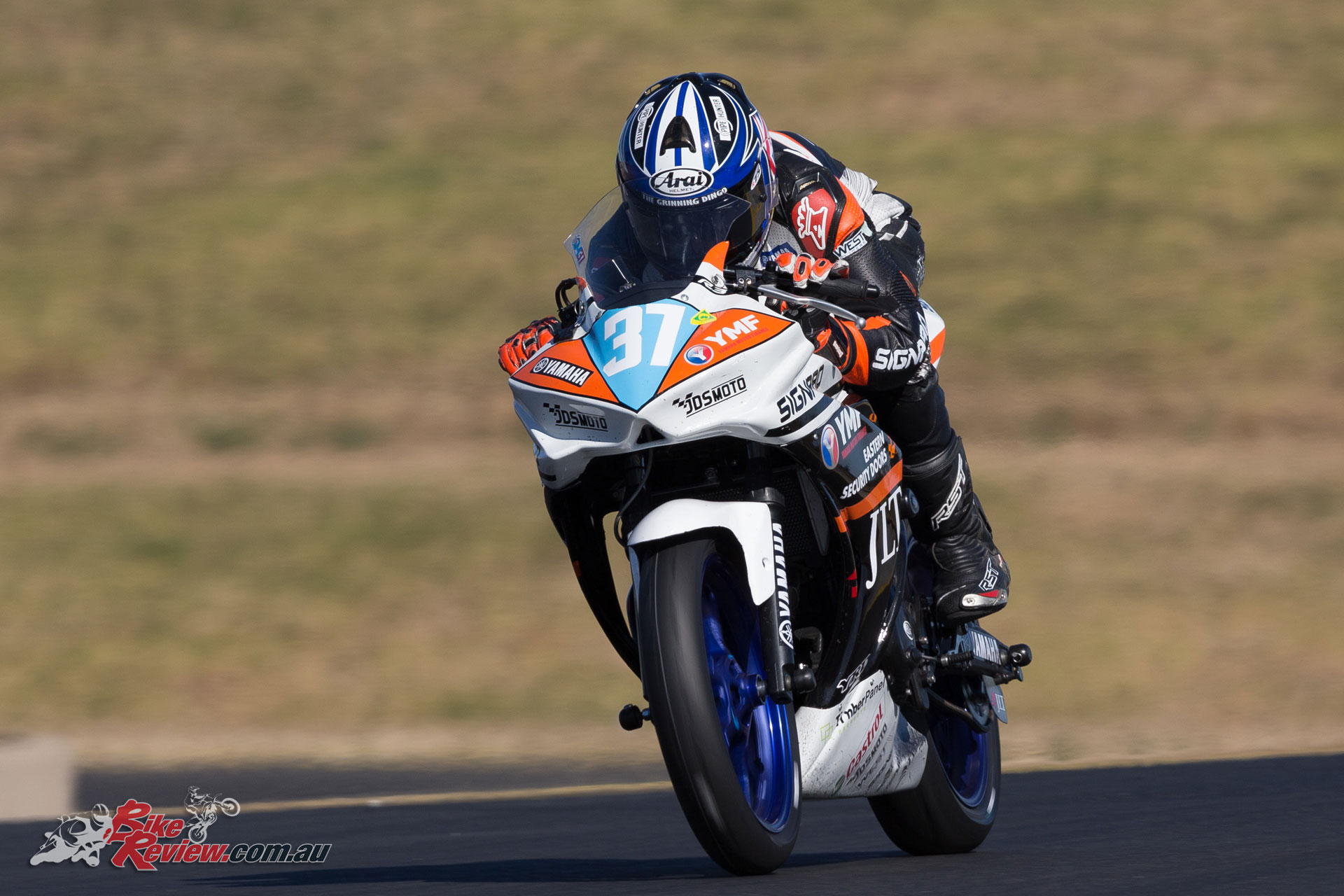 The Hi-Tec Batteries Supersport 300 class was chosen to showcase the award, as it is made up of predominately privateer family operated teams. It also provides Pirelli a great opportunity to work with riders with all sorts of experience levels. To watch them grow and develop as they learn their craft is what it’s all about. Pirelli enjoys the one on one interaction with the teams and riders.

Pirelli rider Mahaffy was extremely impressive throughout the weekend, even picking up an outright win on his Yamaha machine for Race Three. Mahaffy shared his thoughts after Race Three; “It was a great weekend, with plenty of positives and a great step forward. The bike was setup well and the team’s cooperation was fantastic. The racing at the front for this round was ferocious and I wouldn’t be surprised if it’s the same at Phillip Island. The Pirelli tyres were working beautifully this weekend and can’t thank Link International enough for the extra set of tyres!” Mahaffy came second for the round for the ‘Over 300’s’ class.

Fuller described the selection process; “Pirelli has been thinking about an initiative such as the ‘Pirelli Rider of the Round Award’ for a while now as we are all about the future of the sport. We don’t want to just promote riders based on points, but reward them for the manner in which they carry themselves, regardless of their race result. We’re looking for a good role model for other kids coming up the ranks to look up to for support and guidance. 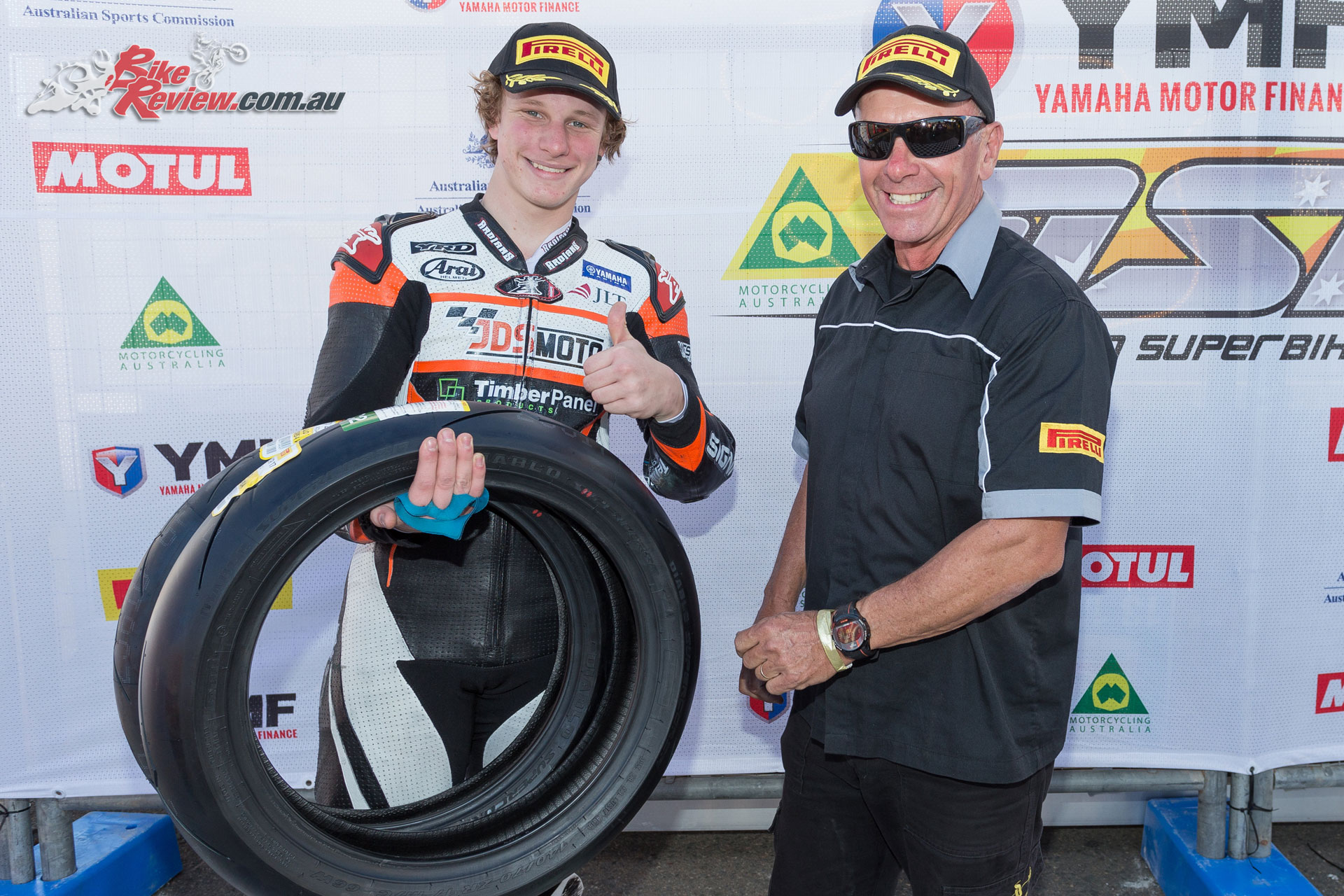 “Jack (Mahaffy) was a more than worthy recipient for the ‘Pirelli Rider of the Round Award’. He’s a phenomenal racer and an excellent ambassador for the sport of Road Racing. He’s super competitive and many of the other riders look up to him as an example to follow. Jack (Mahaffy) exudes a never give up attitude and he will always race his heart out until his crosses the checkered flag,” Fuller concluded.

Keep an eye out at future rounds to see which riders get selected as the future winners of the Pirelli Rider of the Round Award.

For more information on Link International and its products visit www.linkint.com.au.