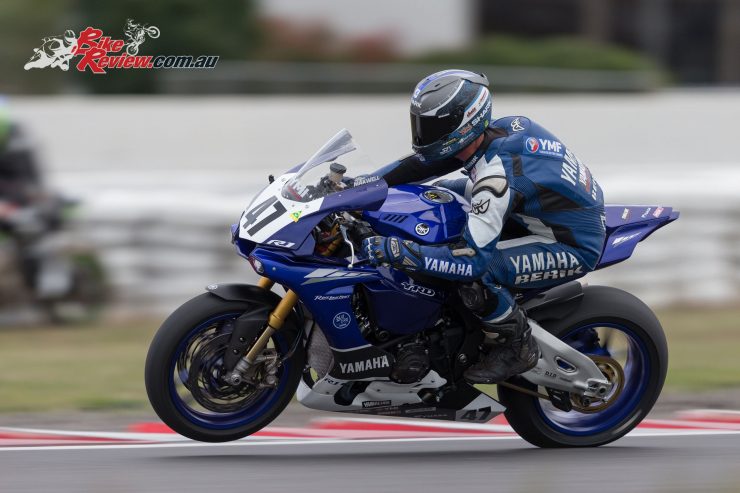 Wayne Maxwell attained the elusive double victory at Round 3 at Winton Motor Raceway, the Yamaha Racing Team rider hunted down and overtook Troy Herfoss in both races placing Maxwell in title contention for the 2017 Yamaha Motorcycle Insurance Championship crown.

Cru Halliday (Yamaha Finance, Yamaha YZF-R1) was the final podium placer after his solid race. The race was full of thrills and battles at the front after a red flag period caused a race restart, after a lap one incident. 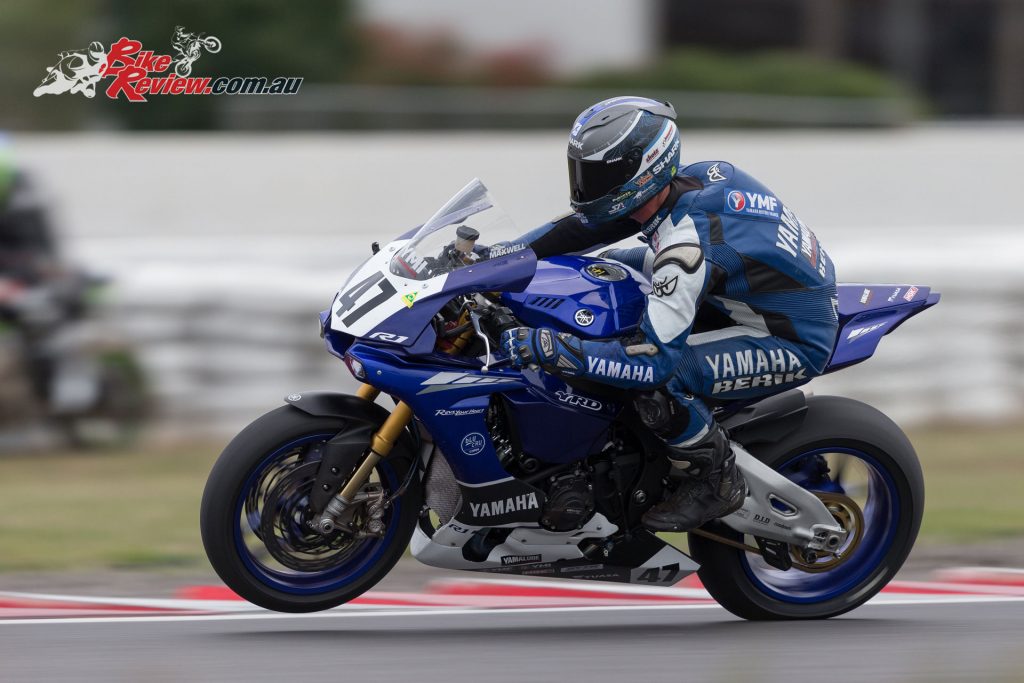 However, Herfoss rode defensively making it difficult to pass. Maxwell attempted different lines and passing manoeuvres but it wasn’t until lap nine when Maxwell executed the overtake. The Yamaha rider built his gap over the next few laps to win the race.

Behind Maxwell, was a competitive battle for final podium places. Herfoss was beginning to struggle for pace after leading most of the race. Eventually Bugden, who was having a sensational race after starting ninth on the grid, passed Herfoss and Cru Halliday in quick succession. He held on to finish in a well-deserved second place.

Cru Halliday also had a race to remember, with a podium position. Halliday shone brightly in the late stages of the race and even looked a potential chance to challenge for the victory. Despite thinking he missed out on the chance for the win, it was a podium to be proud of.

Rounding out the top five was Troy Herfoss after leading the majority of the race and Championship leader Daniel Falzon (JD Racing, Yamaha YZF-R1) after not quite having the pace to battle for the podium positions.

The second race once again displayed a master class from Wayne Maxwell. Despite once again losing the lead into turn one to Troy Herfoss, Maxwell’s pace towards the end was simply unmatchable for a clean sweep at Winton Motor Raceway. Herfoss in second place was managing a degrading tyre in the closing stages of the race and third belonged to Cru Halliday, once again.

At the race start Herfoss lead into turn one and was followed by his fast starting teammate Bryan Staring (Crankt Protein Honda Racing, Honda CBR-1000SP) Herfoss managed to build a significant gap to Staring in the opening laps and was looking on track to claim the Race Two victory.

Also up the front, were Cru Halliday, Daniel Falzon and Josh Waters. Josh Hook (McMartin Racing, Ducati Panigale) was also scything through the pack with pressive pace to join these group of riders.

Behind Herfoss however, Maxwell was setting spellbinding lap times and disposed of Starring on lap five.With the gap at about two and a half seconds, Maxwell had a challenge ahead to close the deficit to the leader. Maxwell answered the challenge by setting the race lap records to be hot on the heels of Herfoss. The Yamaha rider blitzed past Herfoss on lap twelve.

Maxwell didn’t let up after passing Herfoss and set fast laps until the finish of the race to take his second victory of the weekend. Troy Herfoss in second position finished five seconds behind. Cru Halliday finished a further three seconds behind in third.

Wayne Maxwell after Race 1 said, “I’ve got a fair bit of red paint on my Yamaha after that first race! It’s close but Troy and the rest of the front runners have a relationship where you can race side by side at high speeds and all come back and talk about it, we’ve got the win and I’m happy about that.”

After Race 2 he added, “At the start when I saw Troy (Herfoss heading off into the distance I thought, wow I’ve got some work to do here. I wasn’t making any inroads on Bryan (Staring) early on as well. Then I had the strategy of finding the rhythm and the flow, then the bike came to me in the second half of the race. I had to put a hard pass on Troy (Herfoss) but I made it stick!”

Troy Herfoss said after Race 2, “It was a good race, I didn’t really plan on going full gas at the start of the race. I was hoping to lose the hole shot to Wayne and see how his tyre would last for the duration of the race, whether that would have worked I’m not sure. With Bryan (Staring) behind me with a half second gap, I thought I would go at 100 per cent and try to break away on my own. The tyre held up better in the second race but when Wayne (Maxwell) caught me, I knew I wouldn’t have much fight and I was really struggling at that stage but thanks to the Crankt Protein Honda Racing team, they’ve done a great job.

In fourth and fifth was Daniel Falzon and Robert Bugden. Josh Hook put in a very impressive performance for sixth position for his debut weekend on the McMartin Racing, Ducati Panigale.