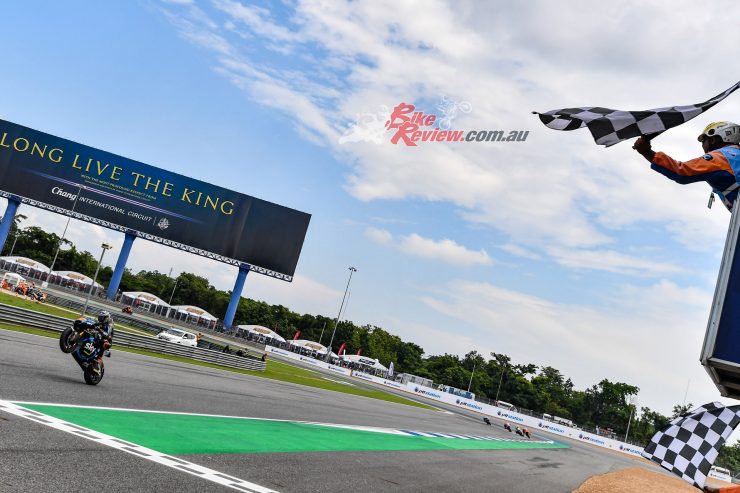 Moto2: Luca Marini puts the hammer down in Thailand

Luca Marini (Sky Racing Team VR46) absolutely dominated the PTT Thailand Grand Prix, getting to the front early on and then putting the hammer down to pull well clear of the chasing pack. That chasing pack was headed by an all-KTM duel between Brad Binder (Red Bull KTM Ajo) and Iker Lecuona (American Racing KTM), with the South African able to hold off the Spaniard at the final corner. Just behind them, Augusto Fernandez (Flexbox HP 40) came out on top in an almighty scrap with Championship rival Alex Marquez (EG 0,0 Marc VDS). 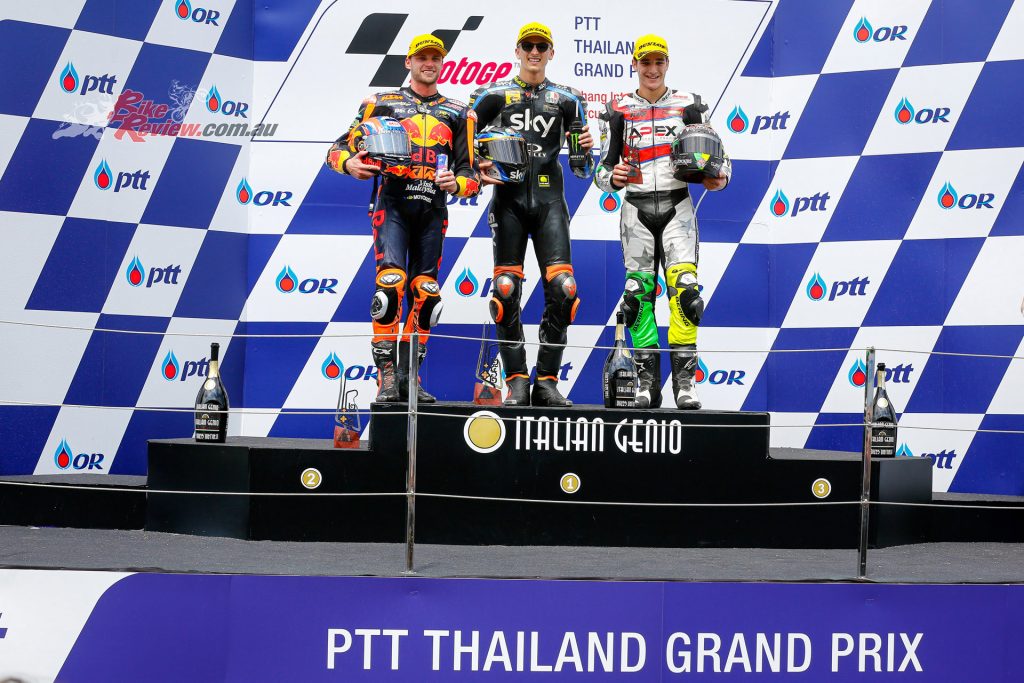 Marquez took the holeshot from pole, with Tetsuta Nagashima (ONEXOX TKKR SAG Team) keeping second and Marini immediately making his presence felt as he blasted up into the top three. He was soon the man on the chase behind Marquez too, and the gap between the two started to come down as the Italian pulled the pin. With Marini into the lead by Lap 3, he and Marquez were both also easing away from the group behind, but once Lecuona was through into third he was also able to home in.

As that battle got closer and closer to a reality though, Marini got further and further away. And before long, Marquez had a small queue behind him of Lecuona, Binder, and Fernandez. The number 27 attacked and was denied, Binder would look for a way through on his fellow KTM, and Fernandez was right on the back of them – but still Marquez held firm. By Lap 13 though, Lecuona had made his move and made it stick, with Binder then following him through as well.

That created two duels. The all-KTM fight for second, and the brutal bust up for supremacy between the Championship leader and the man who is now once again his closest challenger. In the first, Binder waited it out and it was only over the line for the last lap that the South African led the way, then left to defend his position and everything going down to the final corner. Lecuona pounced, but the Spaniard then had to perform the save of his career to stay on the bike – and Binder was able to cross the line first.

Behind them, it was Fernandez who beat Marquez at Buriram. The battle was brutal, however, with so much on the line – and the number 40 ultimately coming out on top. For the Championship, he needed to – and he even almost got on terms with Lecuona after the KTM rider’s mammoth moment out of the final corner.

After Fernandez’ crash at Aragon, however, taking P5 just behind his compatriot was still enough for Alex Marquez to extend his lead. It’s now 40 points ahead of number 40 Fernandez after a 0 for Jorge Navarro (Beta Tools Speed Up)…and Binder is now third, only 44 points back… 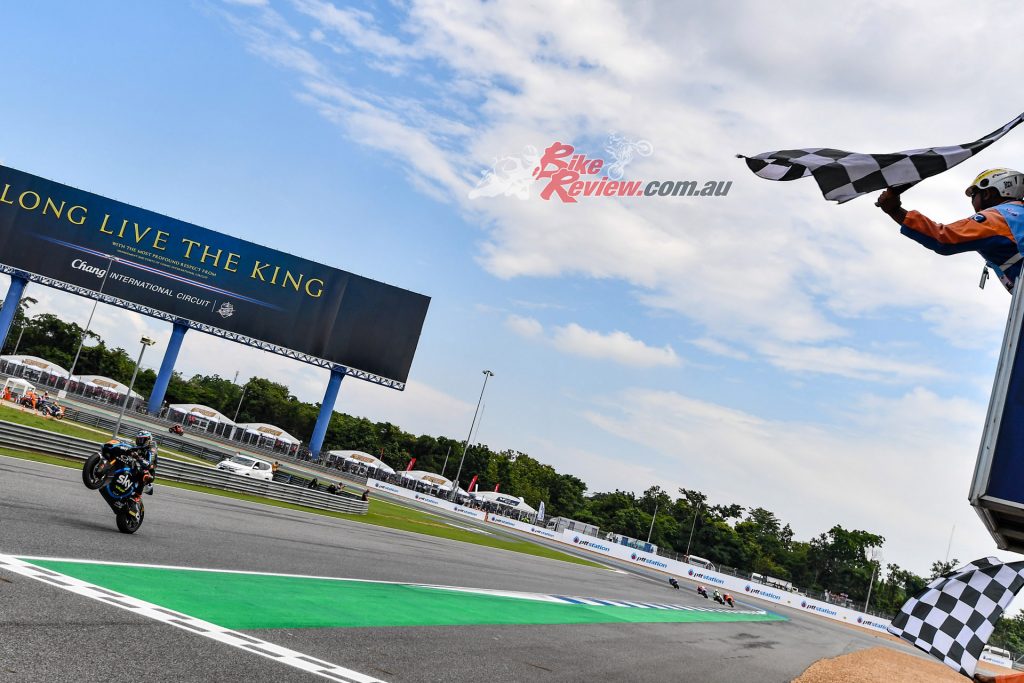 Luca Marini: “It was a very good race with good constant pace, I’m very happy because I finished dominating and it was the first time in my career. It was a really difficult race because I started thinking a lot about so many things, although I was trying to stay as focused as possible because with such a gap it’s so easy to lose concentration and make a mistake. So I tried to set myself a target on race pace and push from the beginning to the last lap. It was really good, the bike worked so well, it was quite easy to ride, it wasn’t such a physical race, and with the hot temperature it was ok. I want to thank the team, they worked really hard with such hot temperatures in the garage, it’s like 50 degrees in there so I think also for them it’s a tough race! And my family, my girlfriend, they watched me in every practice from Italy even with this schedule.”