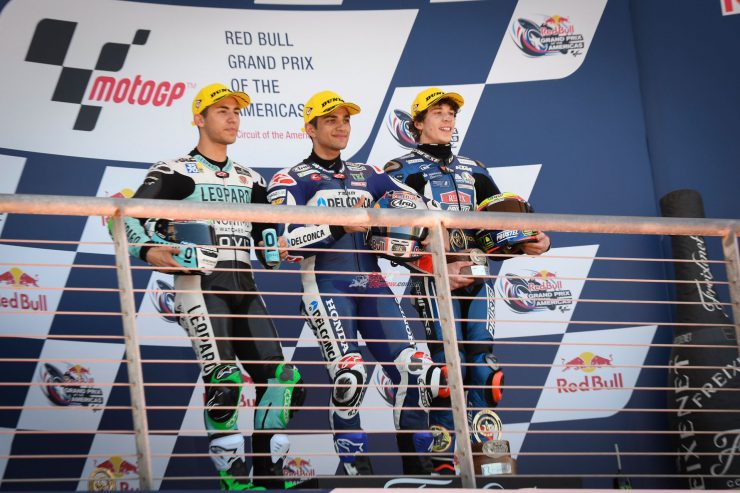 Jorge Martin (Del Conca Gresini Moto3) took a stunning second win of the season at the Red Bull Grand Prix of the Americas to take back the Championship lead, timing his tactics to perfection to pull the pin with five to go and hold off expected Championship rival and eventual second place finisher Enea Bastianini (Leopard Racing).

Marco Bezzecchi (Redox PruestelGP), fresh off the top step of the rostrum at Termas di Rio Hondo), came out top in a classic last lap battle to complete the podium in third. 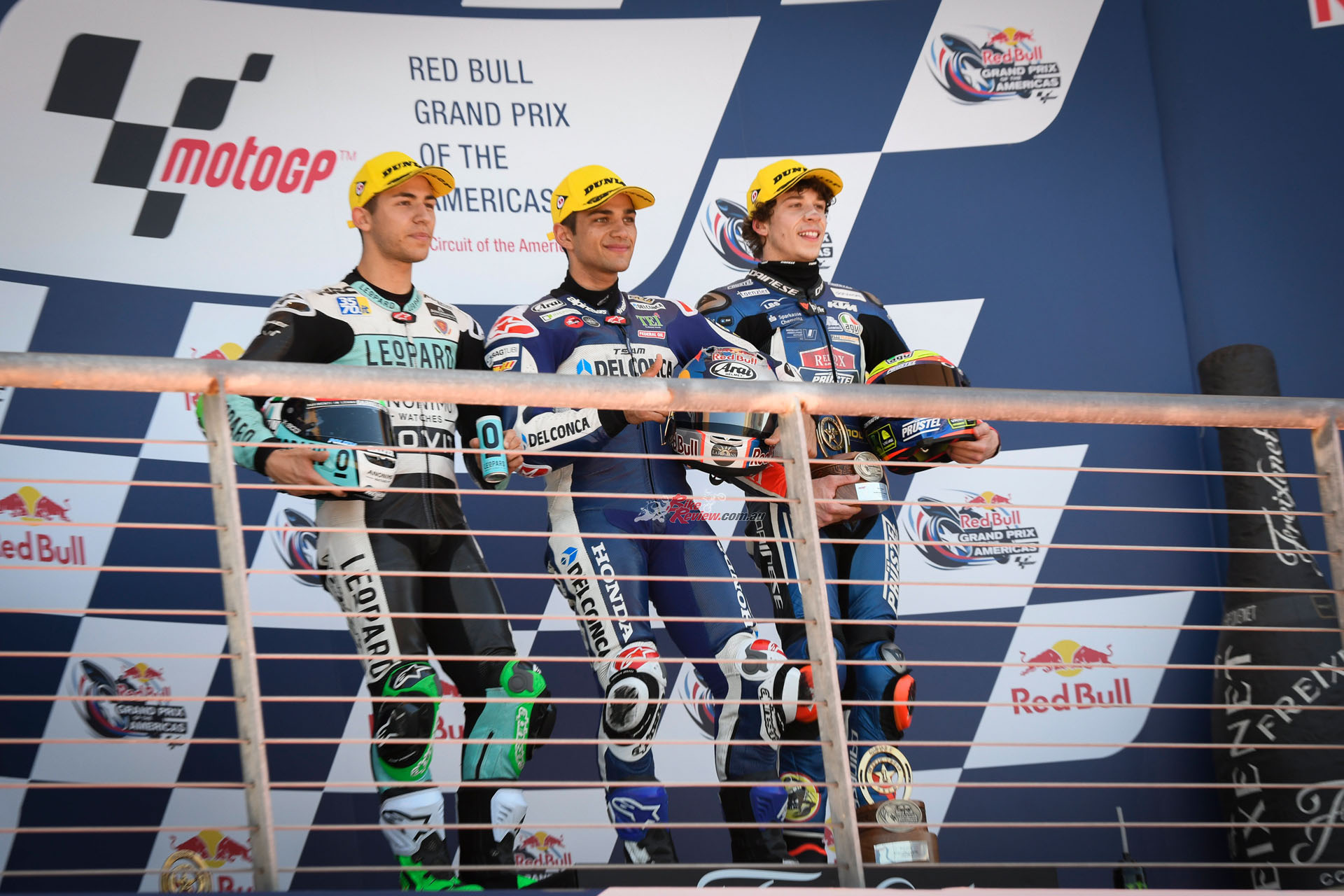 It was Martin who got the holeshot, heading into the lead from pole as teammate Fabio Di Giannantonio shot through from Row 2 to slot into second. There began an early freight train, with Martin, ‘Diggia’, Aron Canet (Estrella Galicia 0,0) and Dennis Foggia (Sky Racing Team VR46) the men leading the fight at the front.

Di Giannantonio, however, soon decided it was his turn to take over as he overtook his teammate, before Foggia flew through in a stunning double overtake past both Del Conca Gresini Moto3 riders. Then it was Marco Bezzecchi’s (Redox PruestelGP) turn to attack as he moved his way through the group and dueled Foggia to take over in the lead, with everything feisty and fiery in the early stages.

Meanwhile, Livio Loi (Reale Avintia Academy) had been making some serious progress through the pack, up from P26 on the grid to be heading the second group by half distance – along with Andrea Migno (Angel Nieto Team Moto3). As they caught the group ahead, it became an eight-rider battle for the lead and the race was once again impossible to call.

As the laps ticked down, however, Martin had his mind on tactics. With five to go the Spaniard struck and pulled the pin as he unleashed some serious pace – able to start making a gap as Bastianini got through to lead the chase. The ‘Beast’ pushed and pushed but Martin wasn’t for being caught, eventually crossing the line an impressive second and a half clear of Bastianini to take win number two of the year.

Bastianini was also in clear air as he’d escaped the pack, but it was a big battle behind to complete the podium. Bezzecchi was holding onto it until the final sector, where Di Giannantonio dived up the inside in a last corner last ditch lunge – and ran wide. But Bezzecchi didn’t, keeping it together and able to cross the line ahead for a back-to-back podium for the first time. Migno also able to take advantage of the Del Conca Gresini rider heading wide, taking fourth and just pipping ‘Diggia’ at the line.

Just behind that scrap, Philipp Oettl (Südmetall Schedl GP Racing) took sixth after a frontrunning race, losing out on the final lap as he got caught up in a moment for Di Giannantonio, with Jakub Kornfeil (Redox PruestelGP) taking P7 on an impressive charge. Canet, who struggled in the latter stages, crossed the line in eighth and relinquished the points lead – with Tatsuki Suzuki (SIC58 Squadra Corse) and Loi, from 26th on the grid, incredibly completing the top ten.

So after yet another classic, it’s time for Moto3(tm) to head back to Europe and the Circuito de Jerez – with Jorge Martin now heading the Championship as the title fight moves onto Spanish soil. It all fires up again on Friday 4th May! 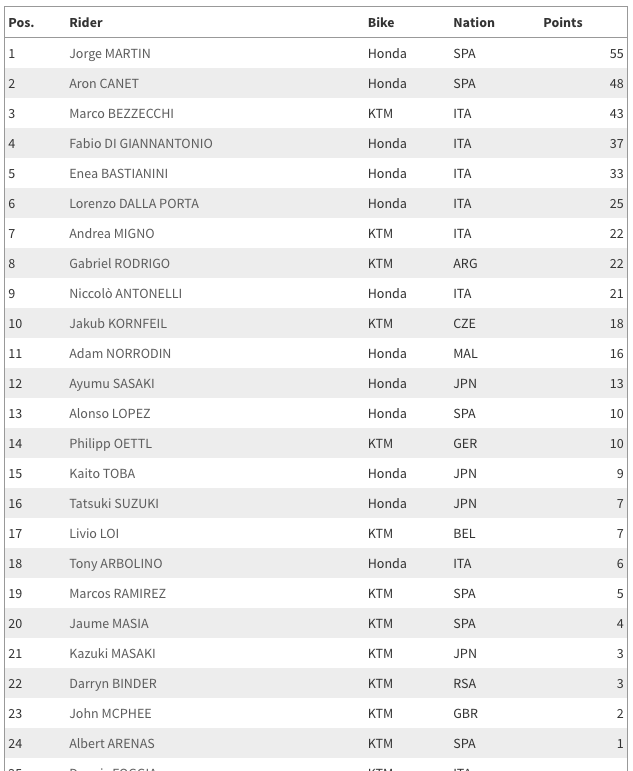