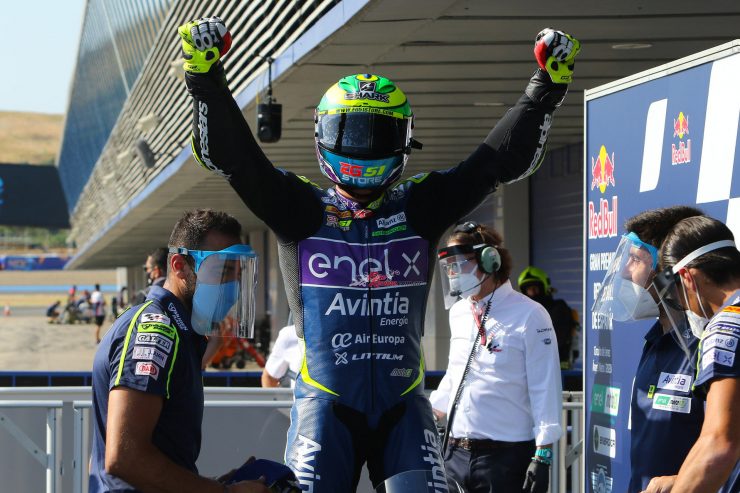 He was on top for much of the weekend and on race day it was no different: Eric Granado (Avintia Esponsorama Racing) seems well and truly the man to beat in 2020. The Brazilian laid down the gauntlet in the opening race of the FIM Enel MotoE™ World Cup at the Gran Premio Red Bull de España, picking his way past the fast-starting Lukas Tulovic early on to pull away for a dominant first victory of the year. 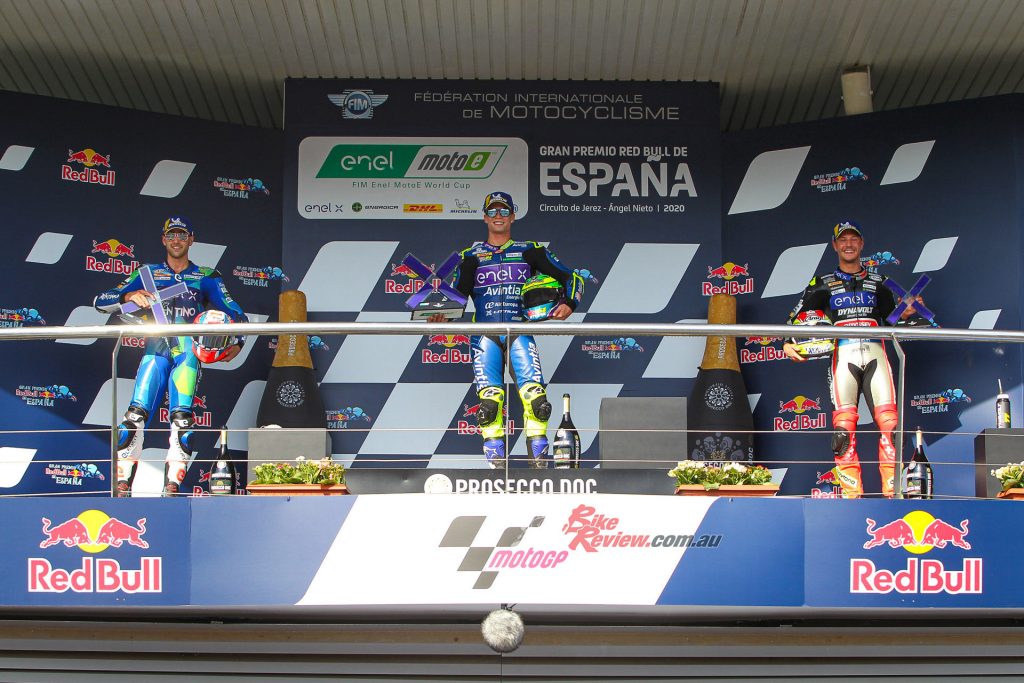 Reigning Cup winner Matteo Ferrari (Trentino Gresini MotoE) put in a typically measured ride to emerge second from an almighty fight for the podium, with rookie Dominique Aegerter (Dynavolt Intact GP) making good on his form to complete the top three in his first ever MotoE™ race.

Granado got a good launch from pole position, but not as good as second place Tulovic as the rookie grabbed the holeshot into Turn 1. Granado soon found his way back past the German to lead the MotoE™ field over the line on Lap 1, however, and from there, the Brazilian immediately started gapping the gaggle of riders behind. Meanwhile, the experienced Alex de Angelis (Octo Pramac MotoE) was informed he had two long lap penalties for jumping the start. 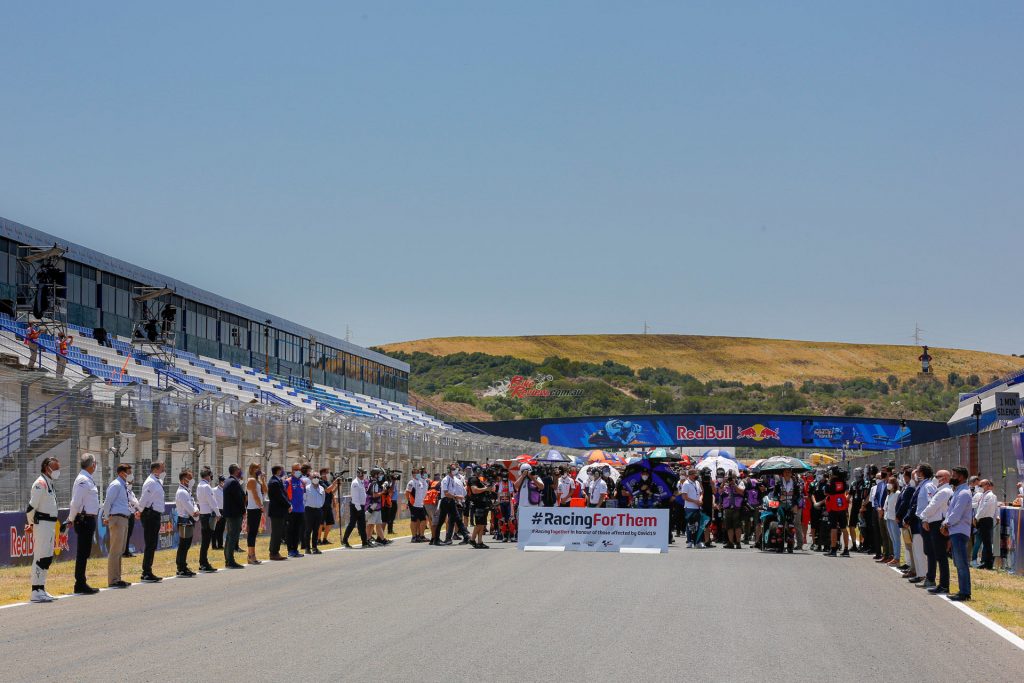 On the opening three laps, P2 to P10 were split by just 2.3 seconds as an electric Energica Ego Corsa train formed behind Tulovic. But that’s not to say the German wasn’t looking comfortable, as the rookie stayed calm and collected in the opening exchanges despite pressure from Ferrari. Soon enough the more experienced Italian was through though, taking P2 at Turn 1 with two laps to go.

Aegerter, meanwhile, hadn’t had the best opening exchanges. The Swiss rider had dropped to P7 on Lap 1 but with two laps remaining, he was a rookie on the move and made it up into fourth as he dived underneath Alejandro Medina (Openbank Aspar Team) at Dani Pedrosa corner on the penultimate lap. Tulovic and Ferrari lay ahead, and the chance at his first MotoE™ podium… 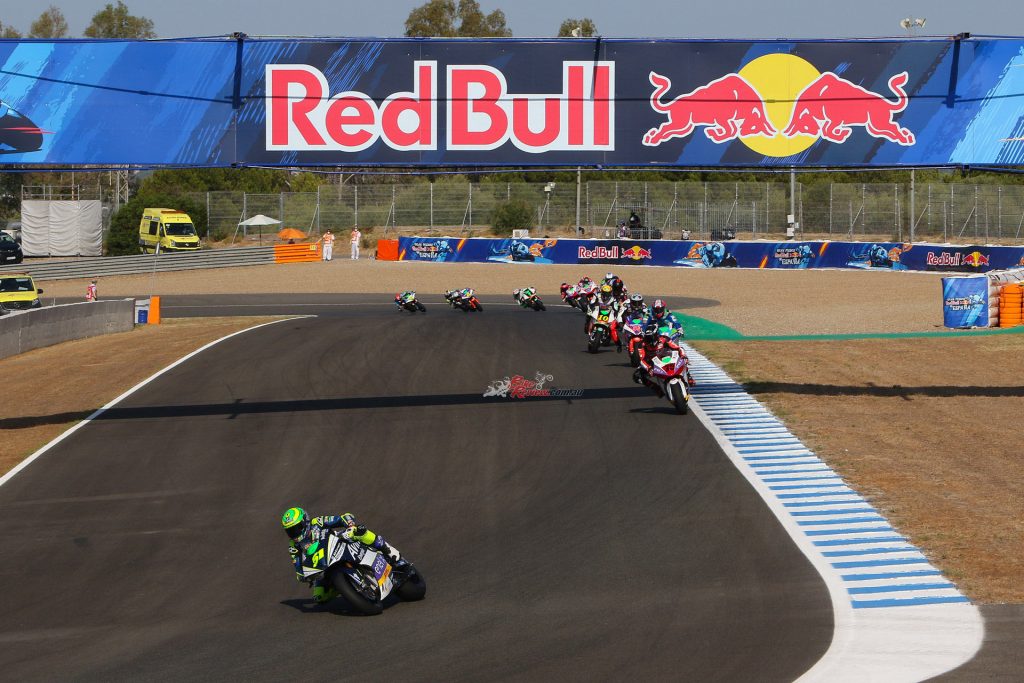 Heading onto the last lap, Granado’s lead was nearly three seconds, but the battle for P2 and P3 was still between six riders as the squabbles continued. Ferrari was holding P2 but at Pedrosa corner, Aegerter made his move up the inside of Tulovic and the Swiss rider set about cutting down the gap to the Italian ahead. He was just about able to show a wheel to Ferrari at Jorge Lorenzo corner as the grid thundered through for the final time, but the reigning Cup winner held onto P2.

Granado began his 2020 campaign in fine style; a three-second win over the six-lap dash an impressive display and the victory his third in a row given his double in Valencia last season. Ferrari kept his trademark consistency for second, with Aegerter taking his first podium at the expense of Tulovic taking the same as the German finished fourth. 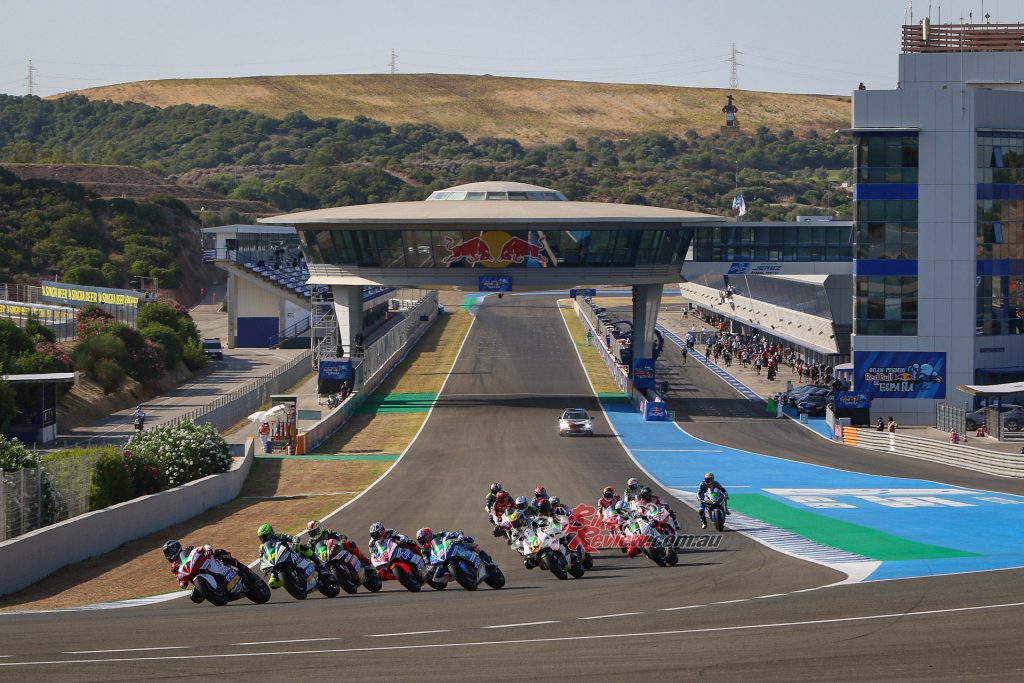 Matteo Casadei (Ongetta SIC58 Squadracorse) finished less than a second away from the podium in P5, as Jordi Torres brought his Pons Racing 40 Energica Ego Corsa home in P6 – a solid effort from the rookie. Medina lost out on the last lap as he and Torres ran wide at Pedrosa corner, with Xavier Simeon (LCR E-Team), Josh Hook (Octo Pramac MotoE) and Mike Di Meglio (EG 0,0 Marc VDS) completing the top 10 in Jerez.

Can anyone catch Granado when the MotoE™ riders return next weekend at the Gran Premio Red Bull de Andalucia? We’ll shortly find out – but what a way to start 2020 in the electric class! 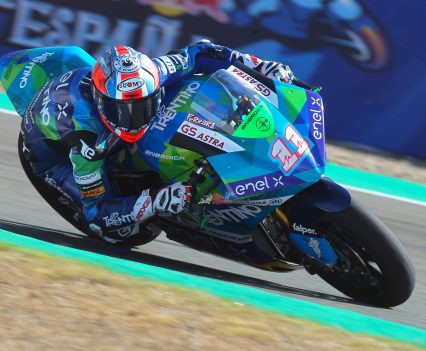 Stay tuned to the MotoGP website for some electrifying MotoE action this weekend. 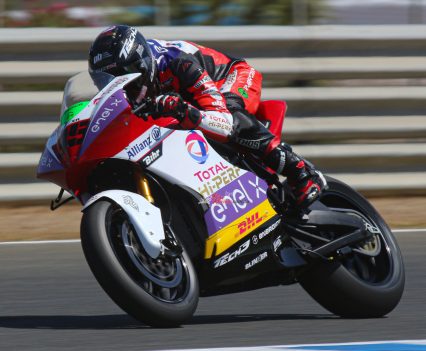 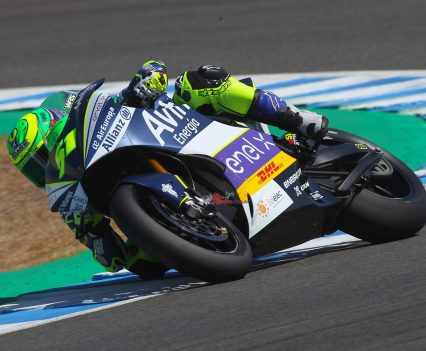 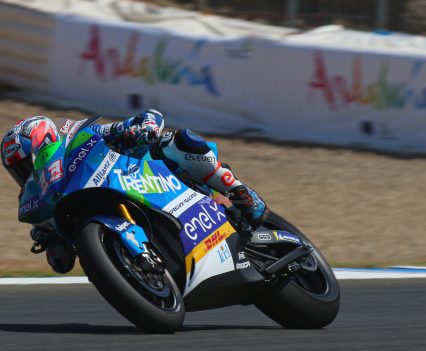 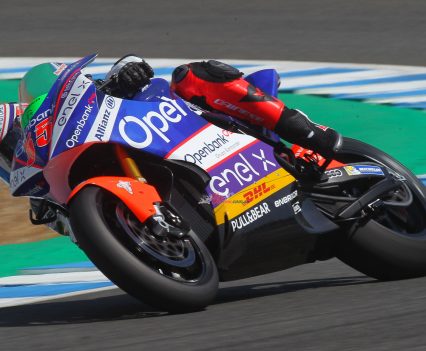 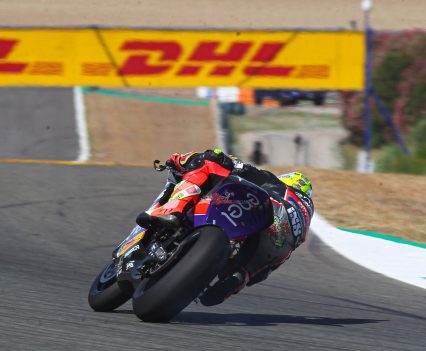 The growing popularity of the MotoE series is making for some exciting racing, with motorcycle legends throwing a leg over the Electric bikes. 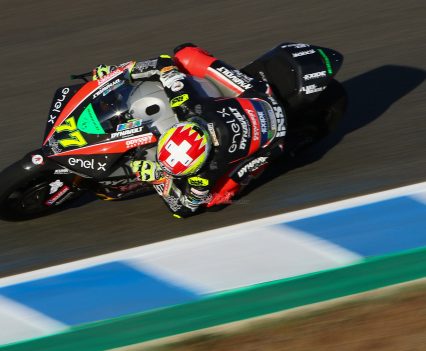 Fans are looking forward to seeing where the series progresses to after the 2022 season. 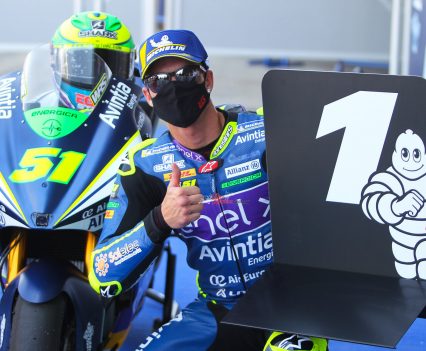 Eric Granado: “It was a great weekend, I’m very happy with the pace all weekend, my team did a great job, I think I learned from last year when I made so many mistakes; I wasn’t consistent and I crashed in so many races. Today I was trying to not make any mistakes. At the start I wheelie’d, I don’t know why, we never had that feeling before! I think because of the new torque but I’ll work to not do that again! After that I tried to overtake Tulovic as soon as I could and do a clean lap. It was good, I could get a gap and then control it. I’m very happy and I want to say thanks to my team, everyone supporting me in Brazil, and MotoGP for making it possible for us to go back racing. I’m very happy to be here again on top of the podium!”