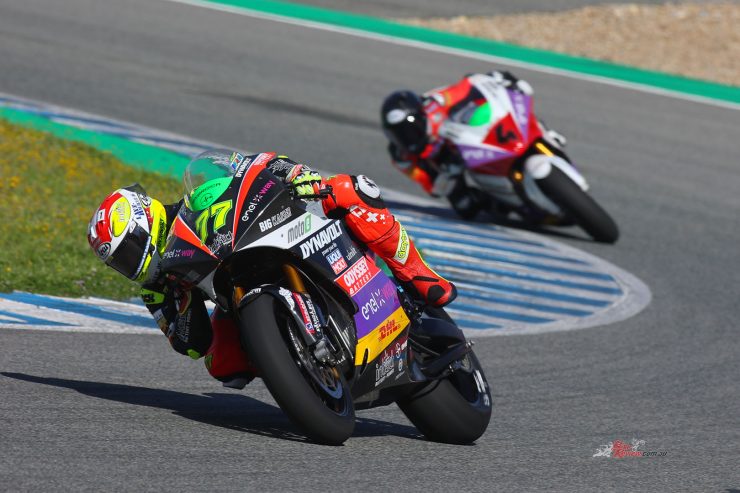 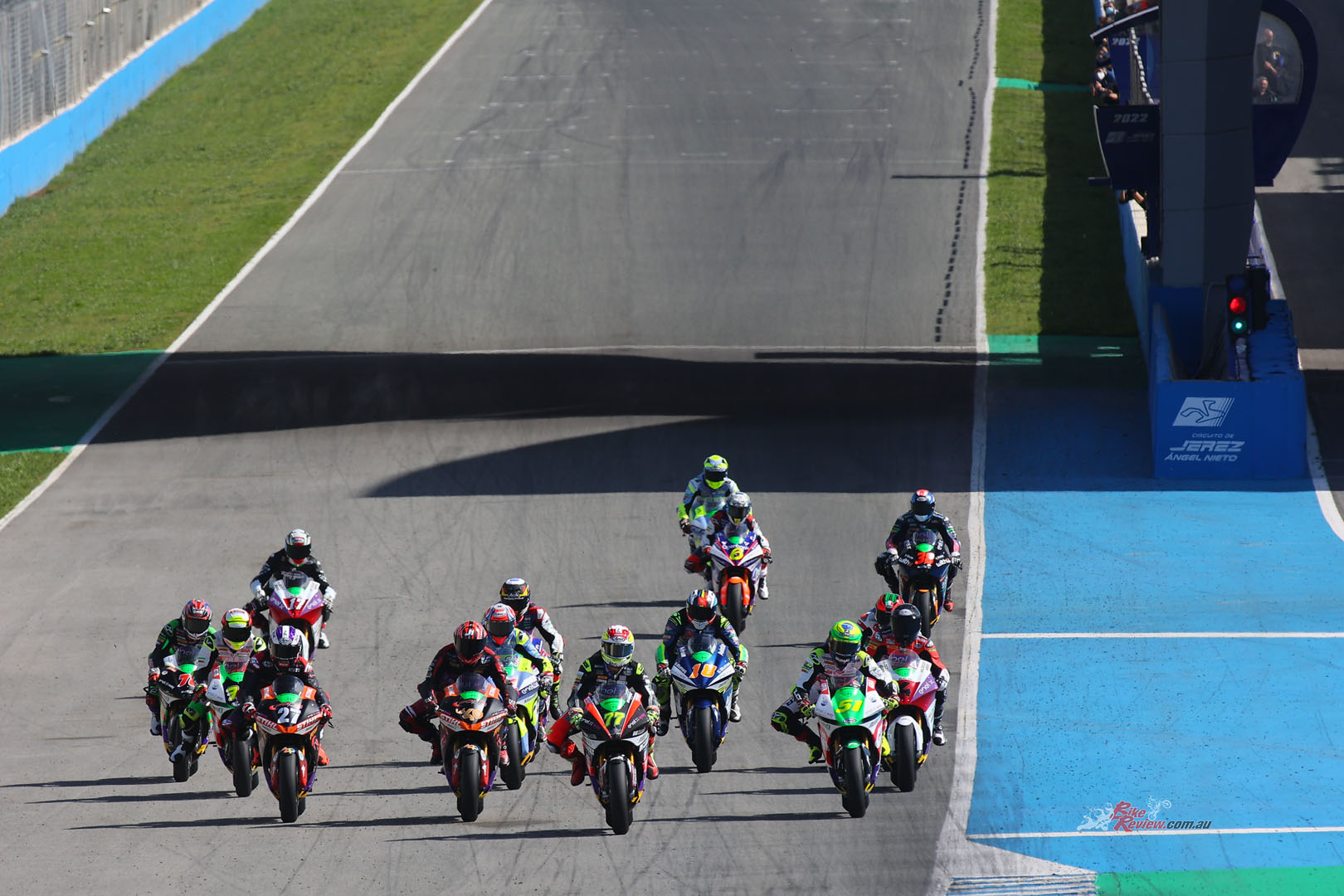 The Swiss rider takes the spoils as drama hits for Torres and Granado, Garzo fastest overall.

Eric Granado (LCR E-Team) crashed out at Turn 1 mid-race, and two-time Cup winner Jordi Torres (Pons Racing 40) suffered an issue that briefly forced him into pitlane. After rain stopped play on Day 2, sunnier skies were a welcome sight on Wednesday and the field got two test sessions in before the race at the end of the day.

The fastest rider overall by the end of the test is Garzo, with the Tech 3 rider putting in a 1:48.458 to sit top of the pile. It’s close at the top though, with Aegerter just 0.022 back and Matteo Ferrari (Felo Gresini MotoE) only a further 0.025 in arrears. 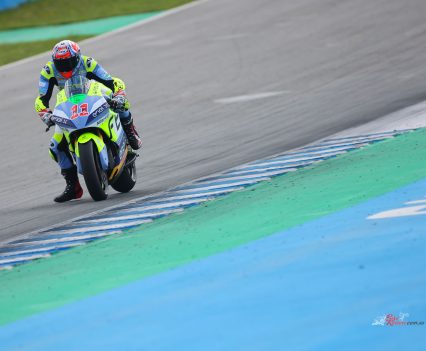 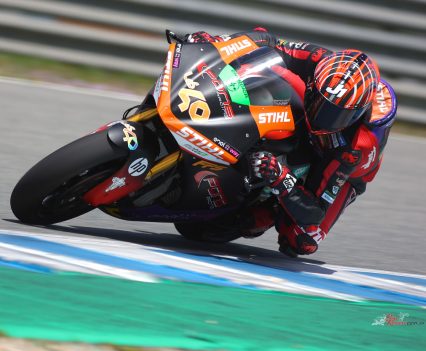 Fourth fastest was Granado, with the Brazilian two tenths off Garzo by the end of action, with Miquel Pons making it both LCR machines in the top five. Casadei was sixth fastest rounded out by third in the race simulation. Hikari Okubo (Avant Ajo MotoE), Xavier Cardelus (Avintia Esponsorama Racing), Torres and the returning Bradley Smith (WithU GRT RNF MotoE™ Team) complete the top ten combined over days 1-2-3.