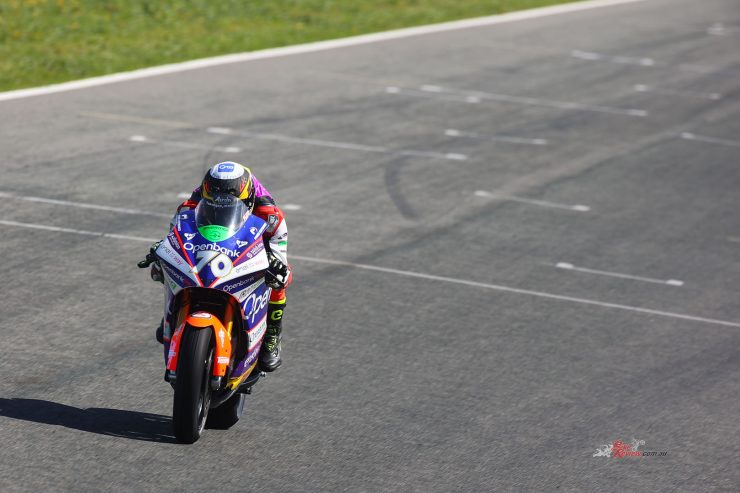 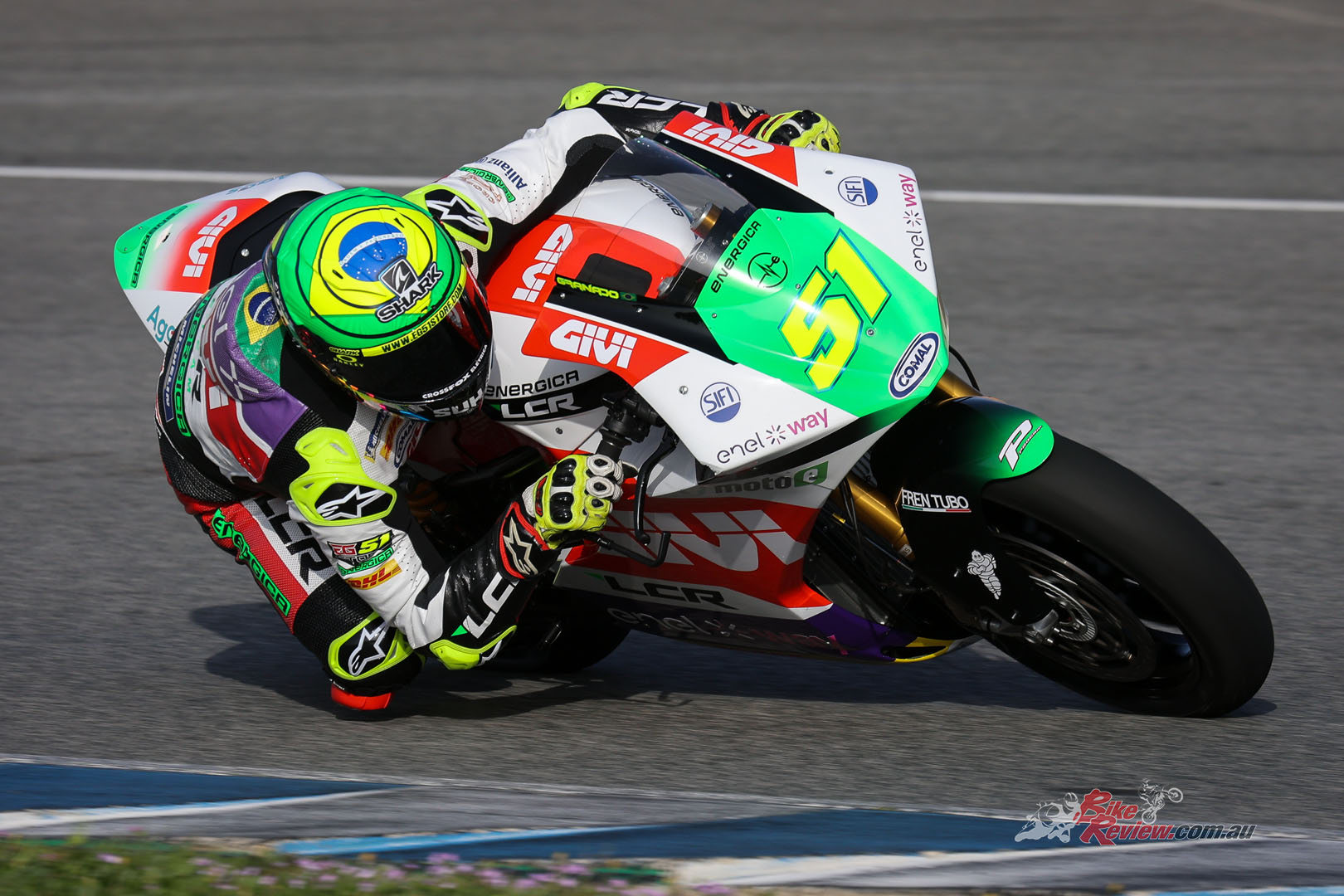 It was a dry but windy day in Andalucia as the MotoE™️ field began their final test, which takes place ahead of the season kicking off at the Gran Premio Red Bull de España in the near future. Due to rain appearing on Wednesday’s forecast, the Q1-Q2 simulation was brought forward to Monday.

In the first of two test sessions, Granado was the rider to beat with a 1:49.765, before the quickest times were slashed in the second practice session. Matteo Ferrari (Felo Gresini MotoE™️) was the pacesetter, clocking a 1:49.153, before the qualifying simulations got underway at the end of the day. 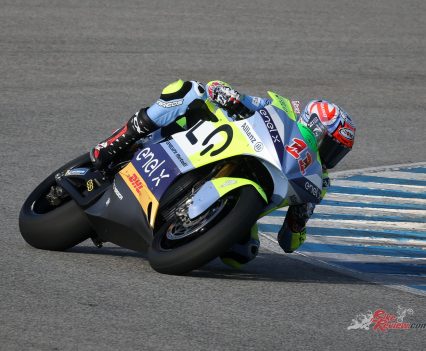 Ferrari was closest on the chase. 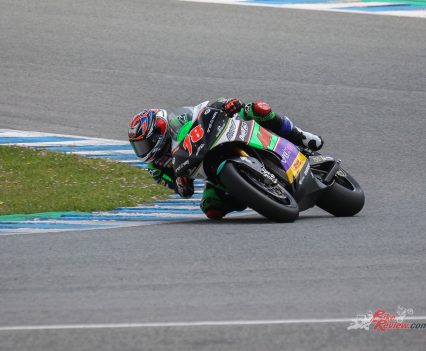 Okubo had a good first day.

The Q2 simulation was topped by Granado with a 1:49.020, the fastest time of the day, with Ferrari and Hikari Okubo (Avant Ajo MotoE™️) rounding out the top three in Q2, two tenths shy of Granado’s effort. Miquel Pons (LCR E-Team) was a couple of tenths shy of his teammate in P4, while the returning Hector Garzo (Tech3 E-Racing) completed the top five, as the three-time MotoE™️ podium finisher ended three tenths away from top spot. 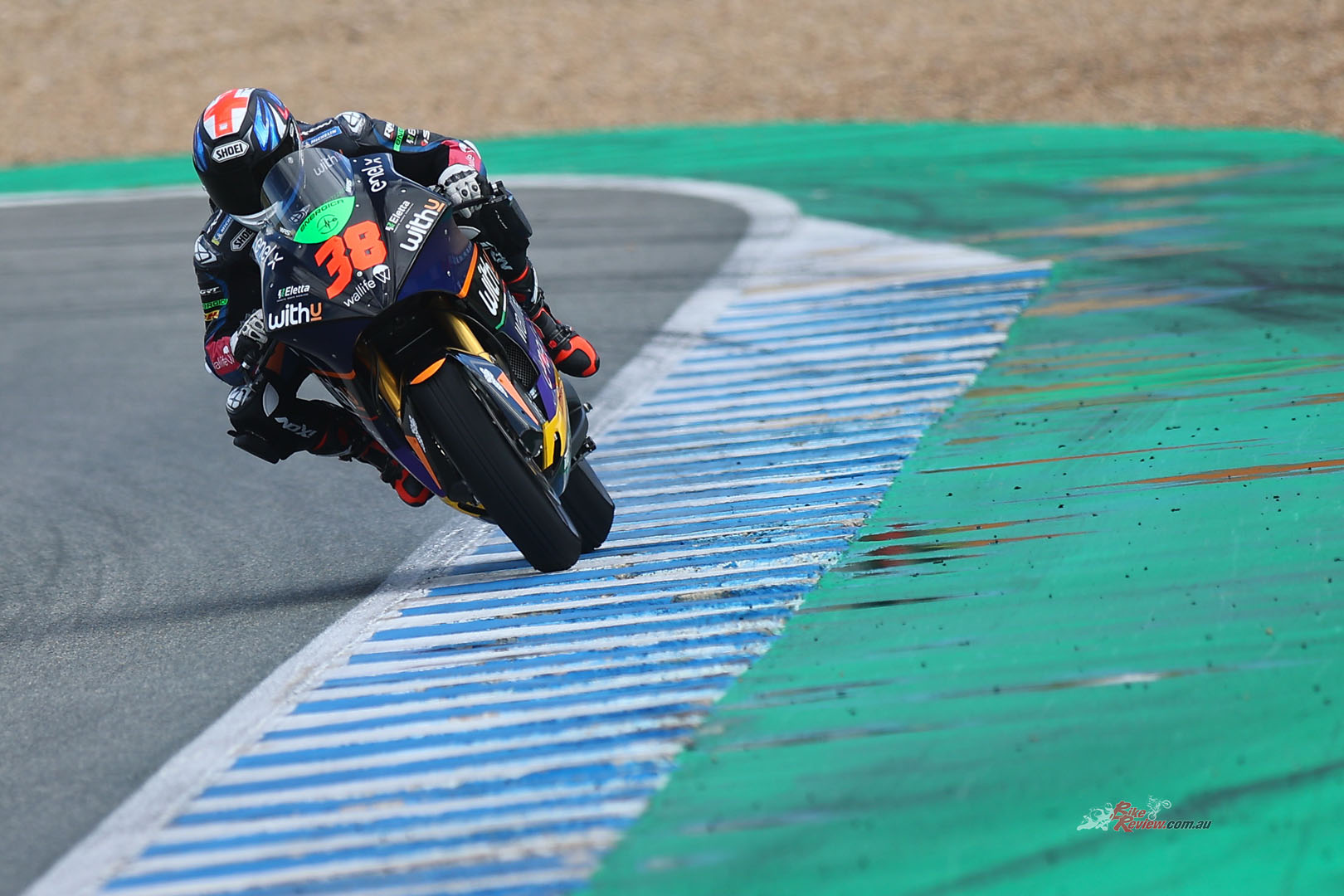 The British rider topped the timesheets after a day of limited action in Jerez due to the weather.

There was little track action to be had in the tricky conditions as Smith and MotoE™ rookie Alex Escrig (Tech3 E-Racing) were the only two riders to venture out in the first session. Kevin Zannoni (Ongetta SIC58 Squadra Corse) and Mattia Casadei (Pons Racing 40) then joined Smith on track in the second, before Hikari Okubo (Avant Ajo MotoE™), Marc Alcoba (Openbank Aspar Team), Alessio Finello (Felo Gresini MotoE™), two-time Cup winner Jordi Torres (Pons Racing 40) and Maria Herrera (Openbank Aspar Team) headed into the fray in the final session.

At the end of the penultimate day of testing, Smith’s wet weather 1:58.080 – set in the second session – was the fastest lap as the riders and teams hope for the rain to clear ahead of the final day of pre-season running on Wednesday. Smith topped the final session too, with a 1:58.714, which was two and a bit tenths quicker than Casadei’s effort. 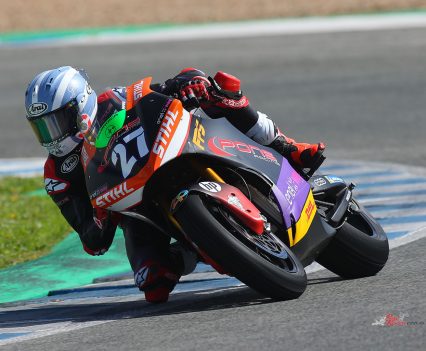 Casadei races in new colours for 2022.

Escrig was up there on Day 2.

It’s now full steam ahead into Round 1 at the Gran Premio Red Bull de España from the 29th of April to the 1st of May. Stay up to date with all the MotoE news here.