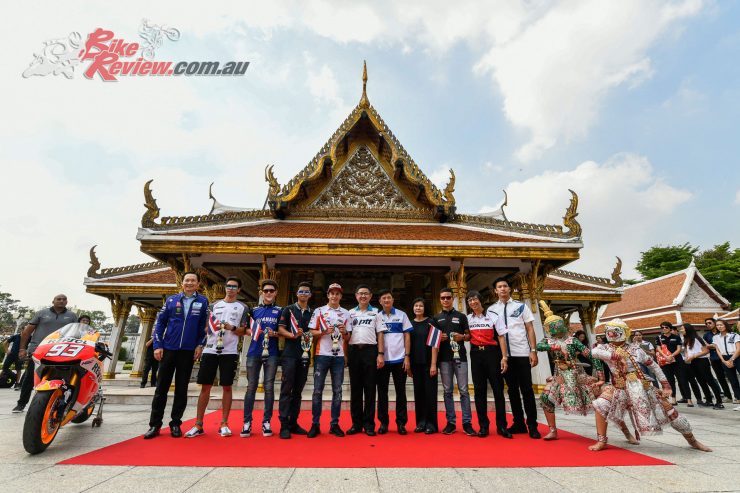 MotoGP has arrived for the PTT Thailand Grand Prix but on the way to Buriram, reigning Champion Marc Marquez stopped off in Bangkok ahead of the event. 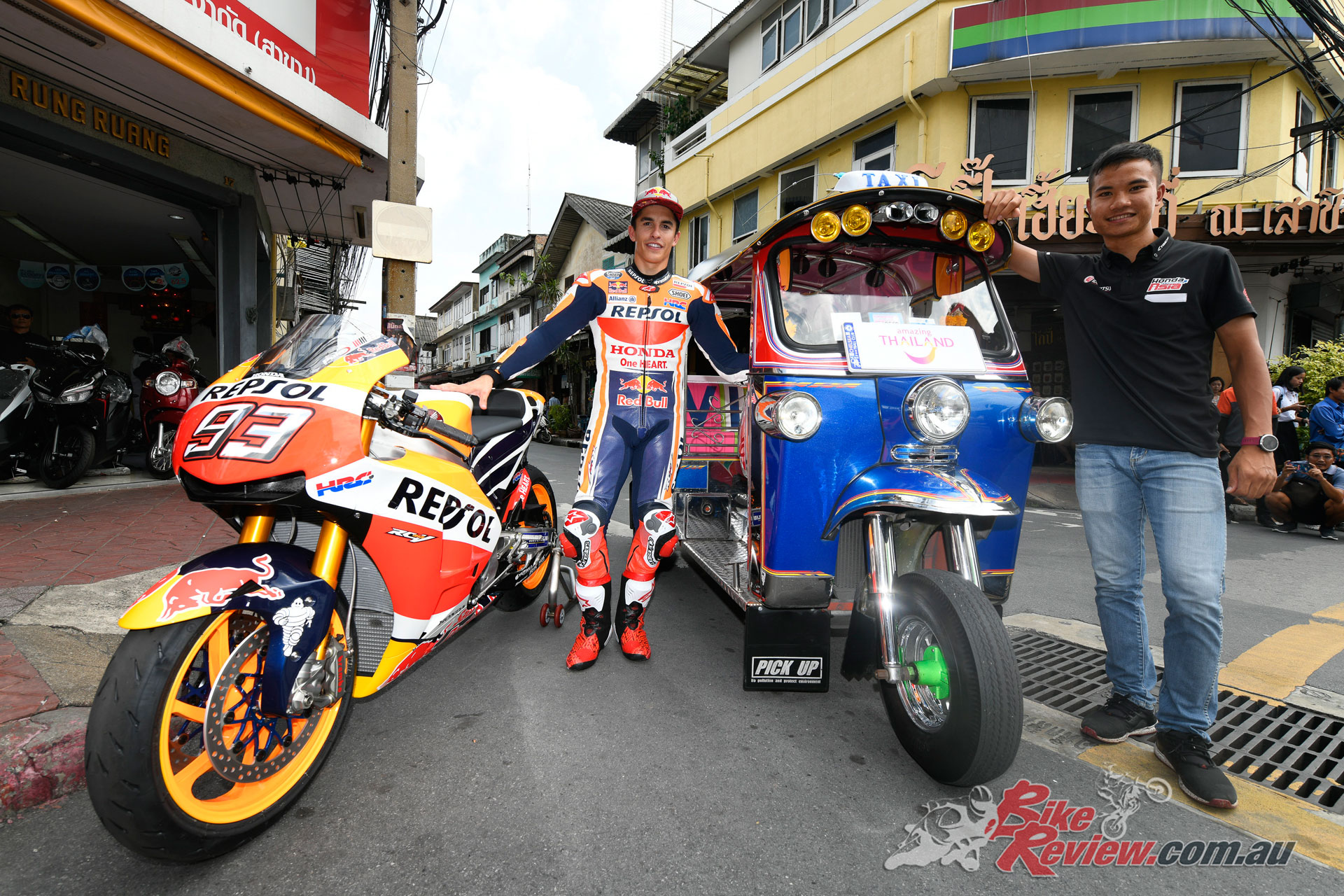 Marc Marquez in Thailand ahead of the MotoGP round

There, the riders were greeted by Senior Executive Vice President of PTT Buranin Rattanasombat and Tanukiat Junchum, Director of Professional Sport Development, Sport Authority Thailand in the ceremony, and they received traditional flower garlands and even models of tuk tuks! Then it was time for the riders to sit down for a few minutes Q&A with local media, ahead of heading back out onto the streets on Bangkok. 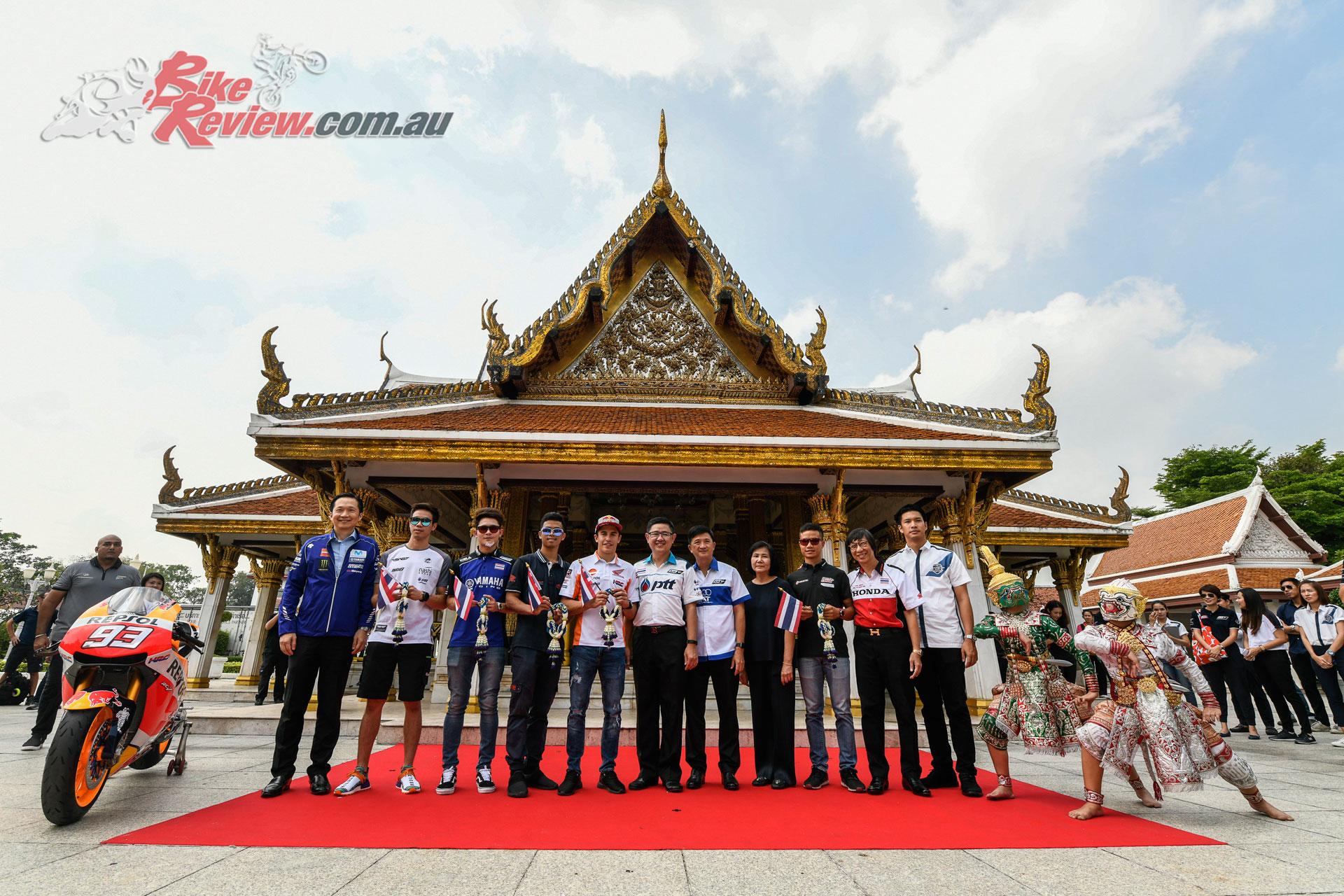 It’s almost time for bikes to head out on track for the PTT Thailand Grand Prix, putting Chang International Circuit into the pantheon of MotoGP history as it becomes the newest venue to play host. But before engines on, it was time to talk in the pre-event Press Conference and with so much unknown on the horizon, there was plenty to say. 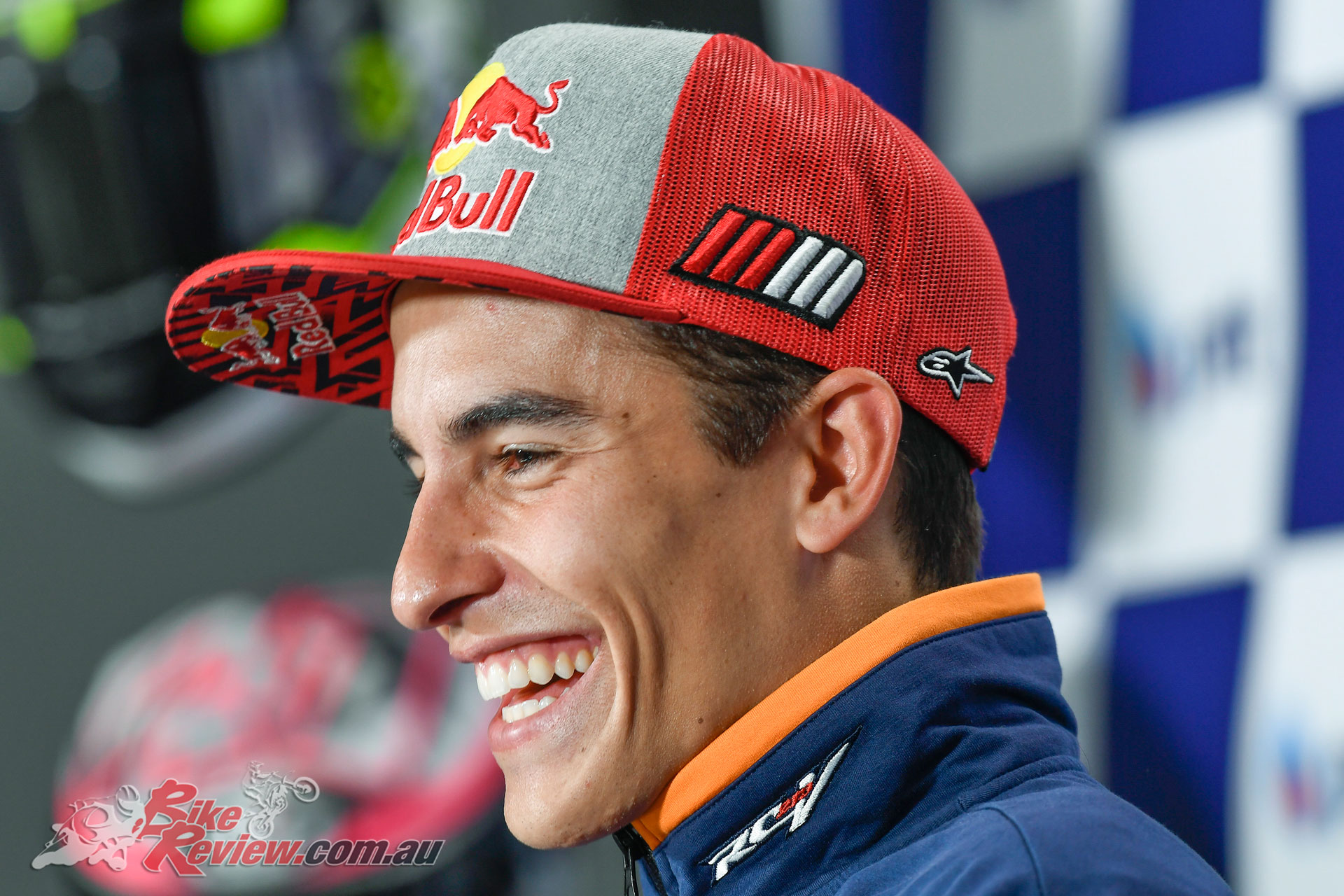 “It was a tough day,” says the number 93 of his day in the Thai capital. “It was even hotter than here! But we had a good day, including riding the tuk tuk in the city! And I know a bit more about Bangkok because I’d never visited. Then last night I got to Buriram. The mentality is the same like in Aragon, Misano, Red Bull Ring…” affirms Marquez. “Try to start on Friday with the mentality of fighting for the victory on Sunday. Try to prepare all weekend to be ready on Sunday and see if we can be ready to fight for the victory, or if we have to take points. It’s the best way. But you have to take some risks over the weekend and be in good shape from FP1. It will be important. We tested here but I think all manufacturers now have arrived with a different balance and it will be interesting to understand now what the level is.”

Next up was Andrea Dovizioso, one of those who has gained a lot of momentum since that first test in Thailand. It wasn’t a timesheet-topping test for the Italian then, but does the track look good for the Ducati on paper? 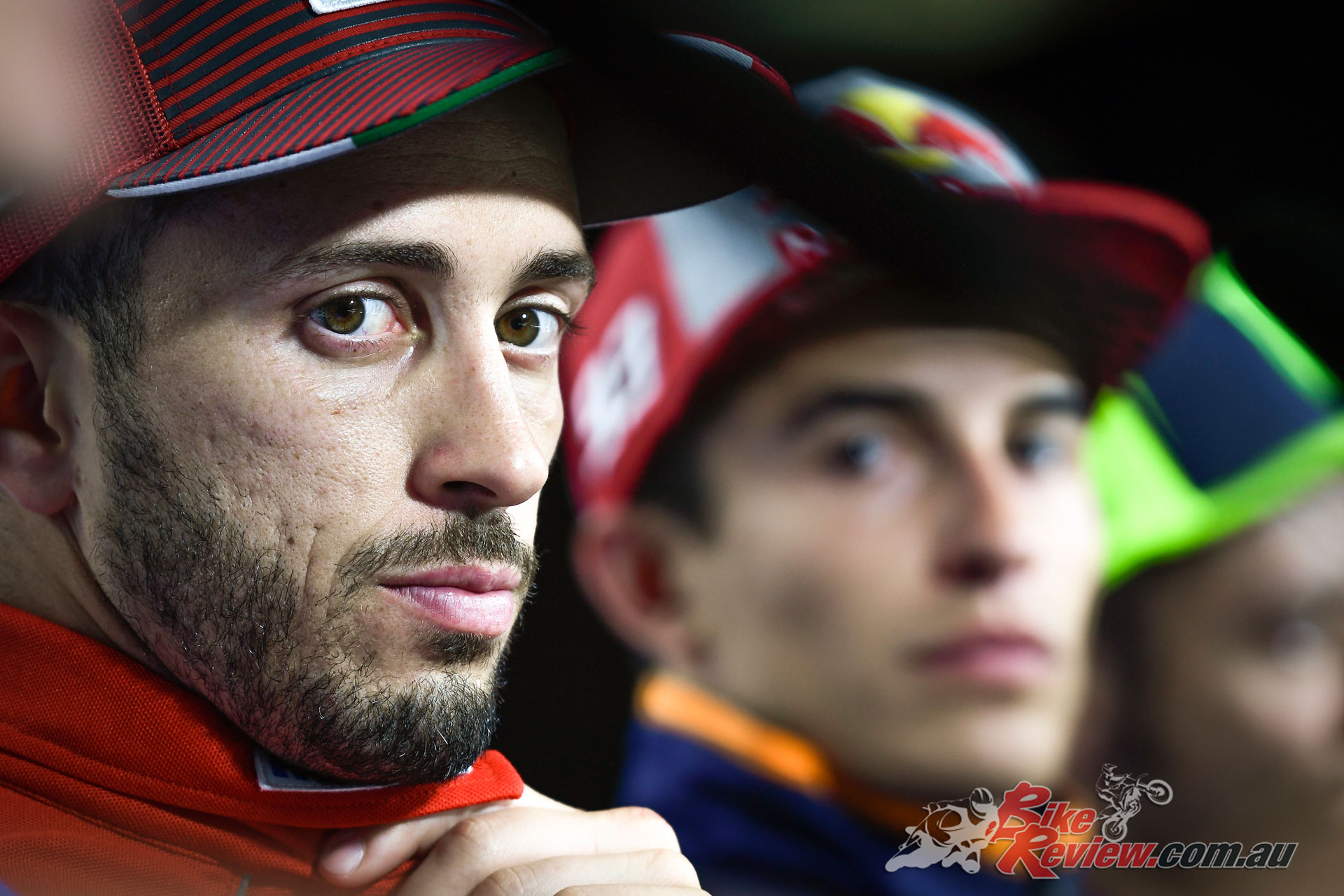 “The first half of the track yeah,” he says, but “the second half is a bit slow, second gear and we struggled in the test. But we only did the test and we haven’t raced here, and the tyres are completely different to the test. The situation with the speed of the riders is different to February so anything can happen! For sure we’ll start with good speed but we’ll see how the tyres are. In the test we tried something but the grip was very low. For sure, I think this kind of corner could be an important corner in every class,” he begins. “But to think about the last corner we have to think about a lot of different things. The first is the heat. The heat is high, maybe even more than Malaysia and it’s very hard for everyone. The bike is very hot, that will affect the race – and the tyres will. It’s impossible to know much now…”

The heat was also on the tip of the tongue of Valentino Rossi – for whom Chang International Circuit counts as the 37th career venue. But first, the nine-time World Champion talked about racing in the region. 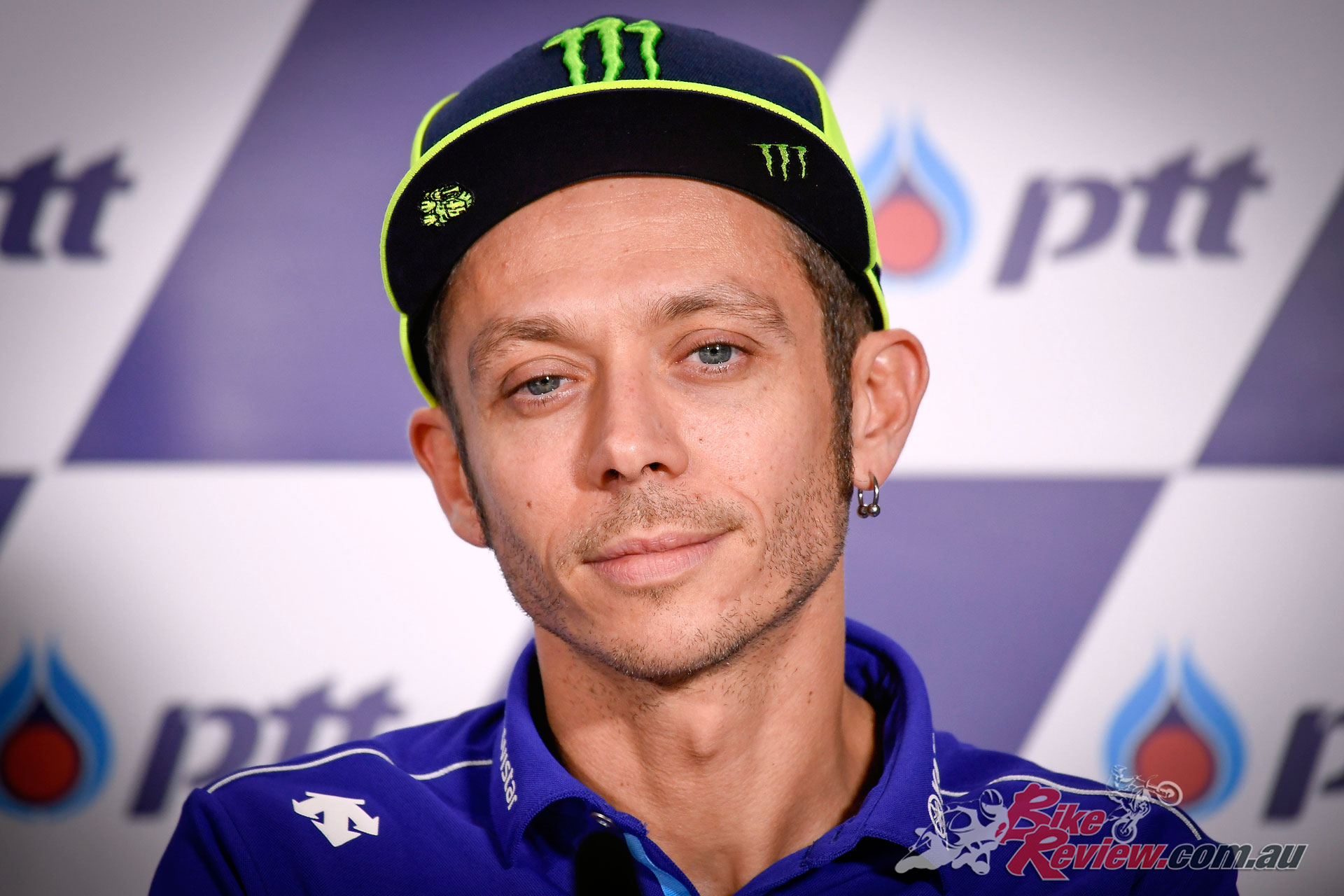 “It looks like we spend more and more time in this part of the world because the passion for MotoGP is very high,” begins Rossi. “It’s also important for all the manufacturers. It will be interesting to race in Thailand for the first time. On paper it will be hard because the track isn’t fantastic for the M1 but we’ll try. Like Andrea said, the weather is difficult because it’s very very hot, and it can rain every day. So first we hope for a dry race! We did the test here and it wasn’t great but we’re in a difficult moment so we have to try and concentrate.”

Nevertheless, the Italian remains an impressive third in the Championship – and he’s focused on consistency to retain it: “Given the speed we’ve demonstrated during the season, being in third is a good achievement,” says Rossi. “I have 29 points of advantage above Maverick but also above Jorge, who is strong during this last part of the season. So I think it will be difficult to keep the third place but we’ll try and stay consistent.”

Compatriot Iannone, meanwhile, struggled more in the test – but was on the podium once again in Aragon. Much like Dovizioso, he won’t yet be drawn on the unknown quantity of the weekend. 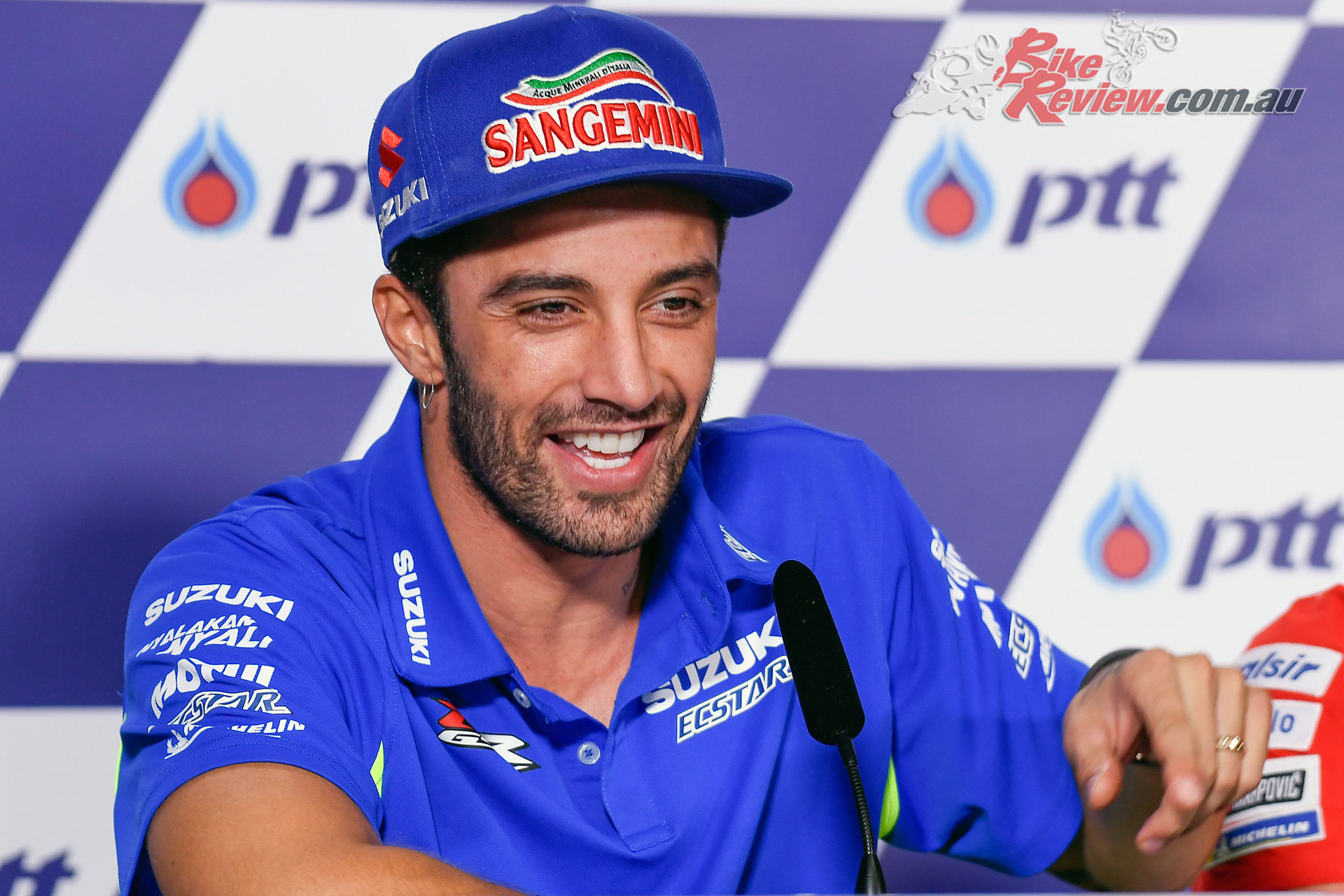 “In Aragon it was a good race for us, me and Alex, and for Suzuki,” says Iannone. “We pushed a lot from the beginning and stayed close to Marc and Dovi, but here is a different rack for us. During the test I struggled a lot here but Alex did less than me so that’s a positive. But I’ll only have an idea about the weekend tomorrow when we start. I hope we can start well, and then we’ll see.”

And Rins? He was also positive about Aragon – but the Spaniard had top pace in pre-season testing at Chang International Circuit, too. “I think Aragon was a really good weekend, two weeks before the race we tested as well and it was a good test. But during the race we learned a lot. I was struggling a bit with the front in the last bit and I tried to overtake Andrea to take the podium but I was close to crashing. But we’re on a good level and have a competitive bike,” he confirms. And Thailand? 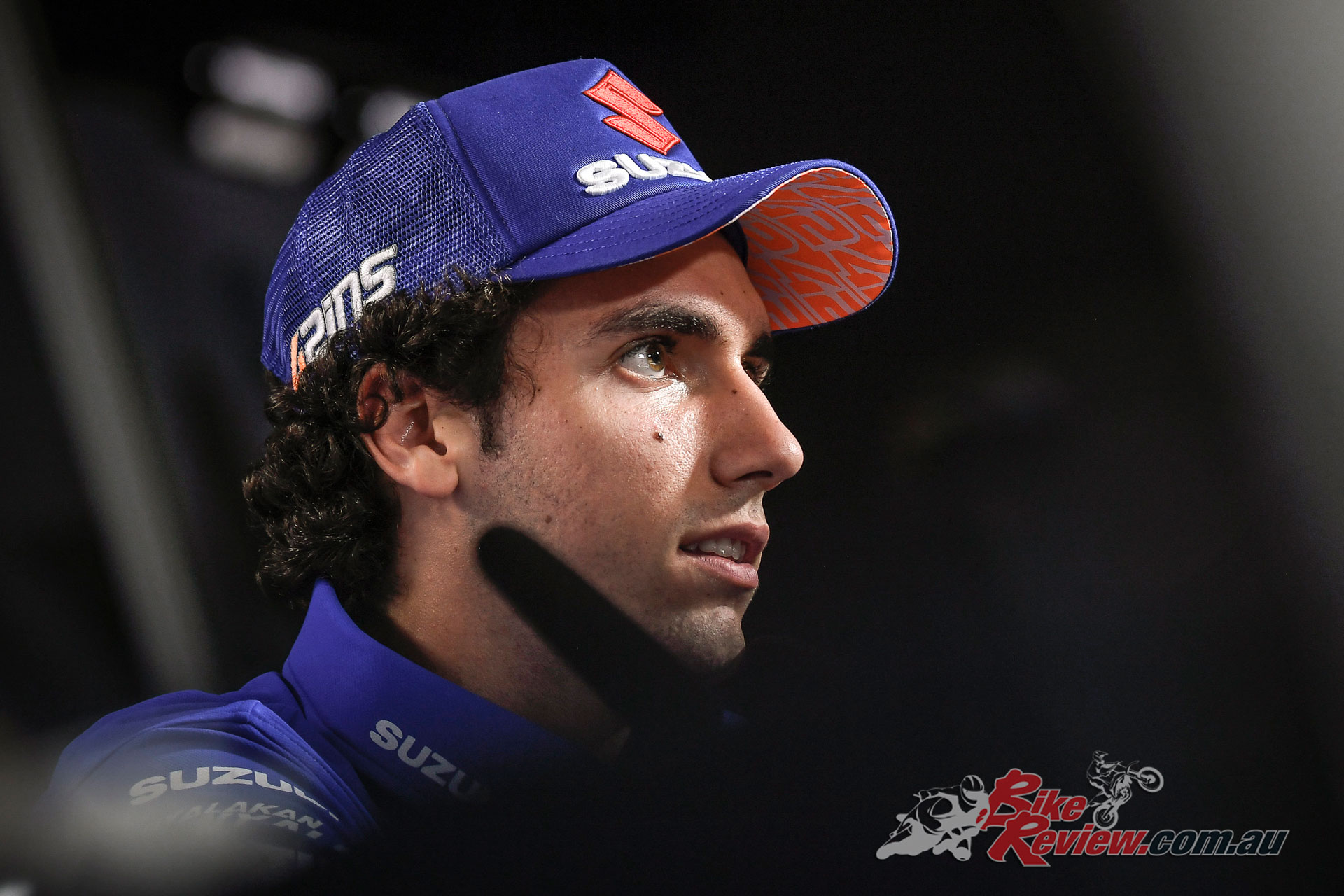 “The test was good and I was able to be fast. I think and hope the bike will handle the track well. I like it a lot, there are a lot of fast corners, two or three slow corners but the layout is fine for me, and I think it could be good for our bike.”

Later going back to the point of learning from Honda and Ducati, Rins says he had a lot to report back: “I saw a lot on their bikes that I can tell Suzuki, what we’re missing or where they have an advantage…”

Aleix Espargaro, meanwhile, was the final rider to give his thoughts on the weekend. Off the back of an amazing sixth place in Aragon, the Aprilia rider says spirits are high again after the top result. 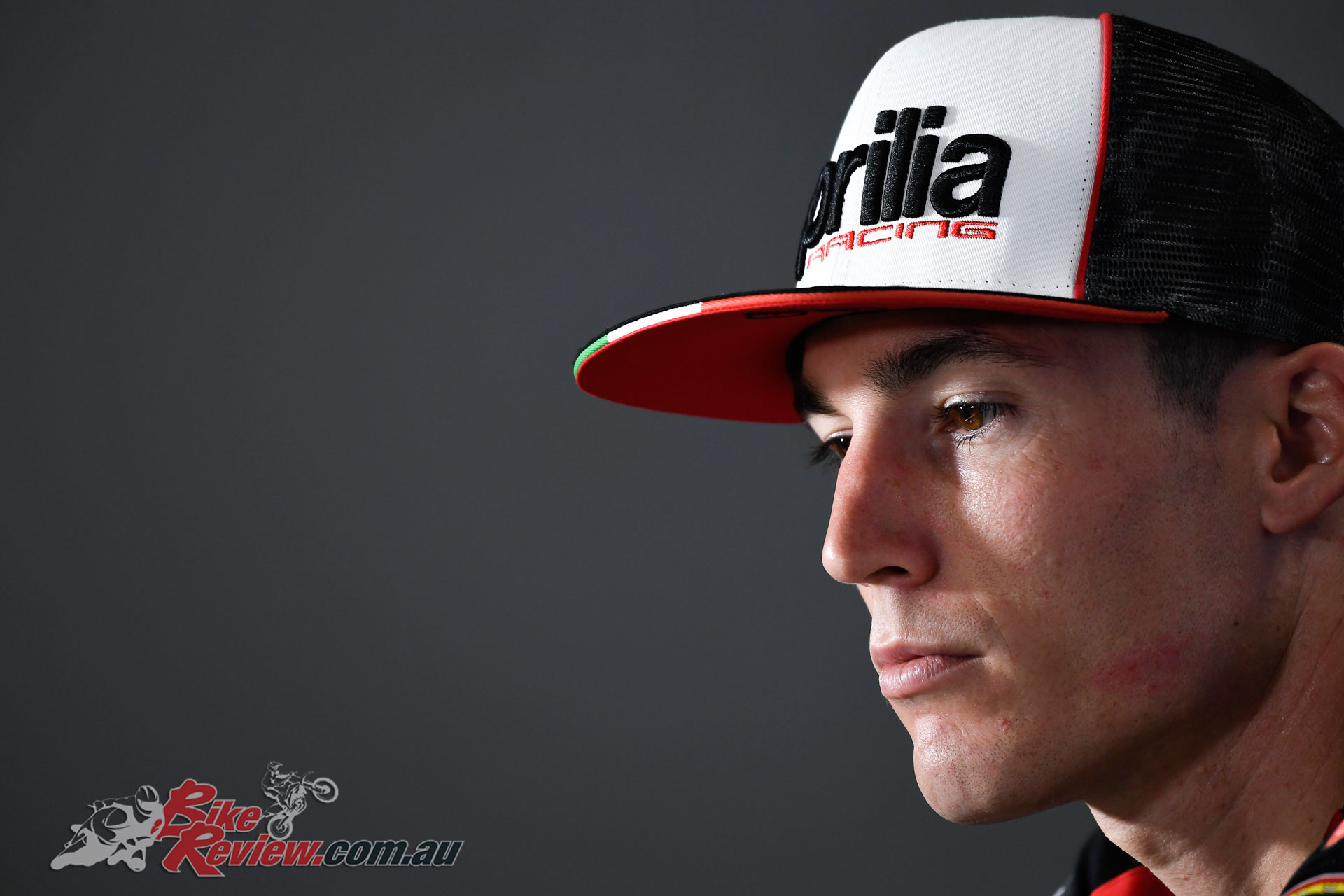 “Aragon has been a good track for me but we didn’t have amazing pace on Saturday…but this season we struggle in qualifying and then in the race we’re more competitive,” he explains. “We did a good job in the sessions, I did a super start and managed to stay close to the top guys. It’s not just that it was P6 but the gap to the leader wasn’t very big. It’s a bit of a break because it’s been a difficult season. I would say the bike is slightly better than last season but everyone improved so much.”

Now the question remains as to who has improved since testing at Buriram – and what the race weekend will bring. Friday sees Free Practice begin from 9:00 (GMT +7) local time, and the race is on Sunday 7th October at 14:00.