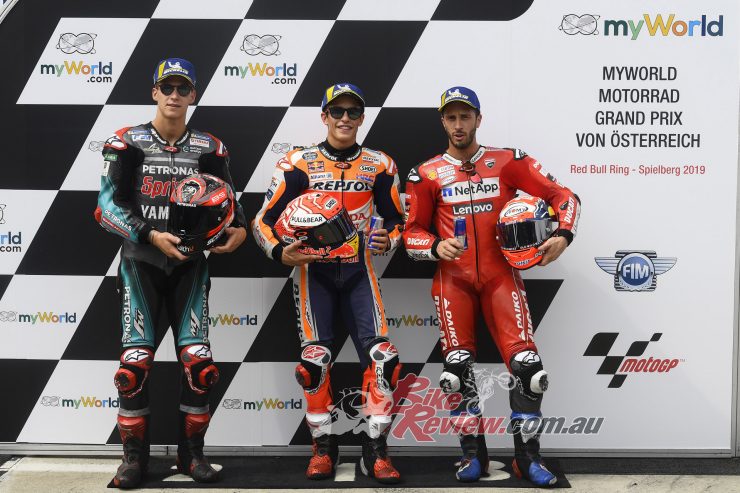 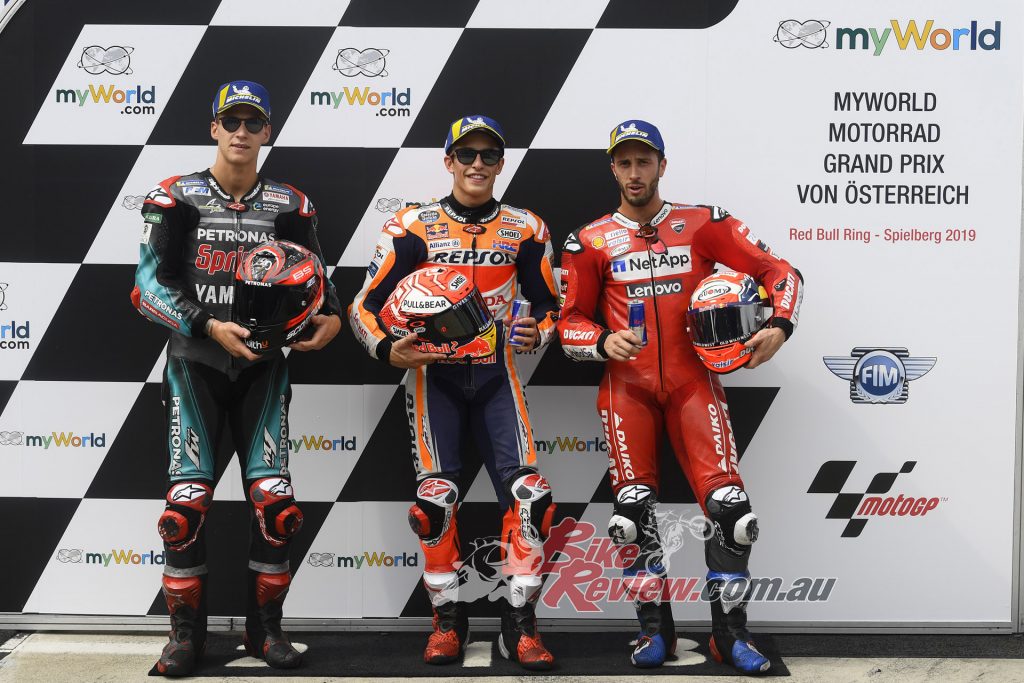 Maverick Viñales (Monster Energy Yamaha MotoGP) was the fastest rider after the first flying laps at the Red Bull Ring, with the Spaniard doing his first stint on the medium tyres and going four-tenths quicker than the field on his second fast lap as teammate Valentino Rossi (Monster Energy Yamaha MotoGP), Cal Crutchlow (LCR Honda Castrol) and Quartararo all fought it out for second position and Viñales’ advantage was chopped.

Then, however, Marquez started really taking the the bull by the horns. The reigning Champion has been the man to beat all weekend in Austria and soon enough, Marquez was back at the summit, 0.269 faster than Viñales’ to sit on provisional pole after the first set of flying laps. 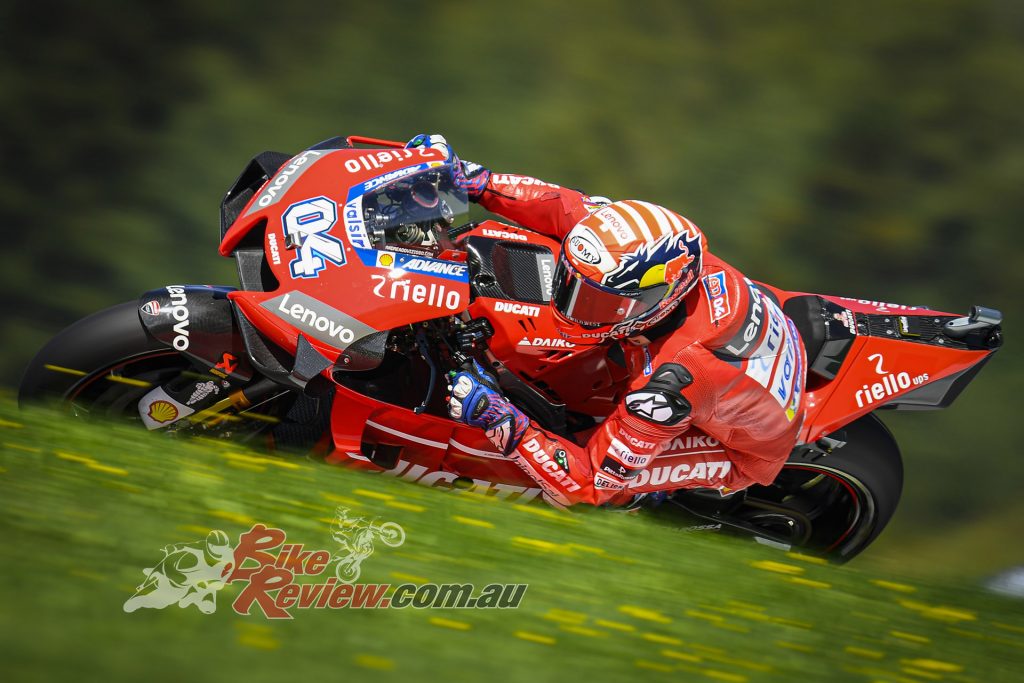 Just seven tenths covered the top 12 as the riders came out on fresh rubber for their second stints, with Viñales switching to a soft rear tyre this time. And ‘Top Gun’ went quicker to cut Marquez’ advantage to 0.164 as Dovizioso then ramped up his pace to slot himself onto the provisional front row behind the two Spaniards. The red sectors, though, were lighting up and that was for one man: Marquez. The Spaniard had Doohan’s premier class pole record well in his sights, and he also had a 1:22 on his radar. When Marquez came round to complete his lap, a 1:23.027 making it the fastest we’ve ever seen around the Red Bull Ring…although not quite in the 1:22s. 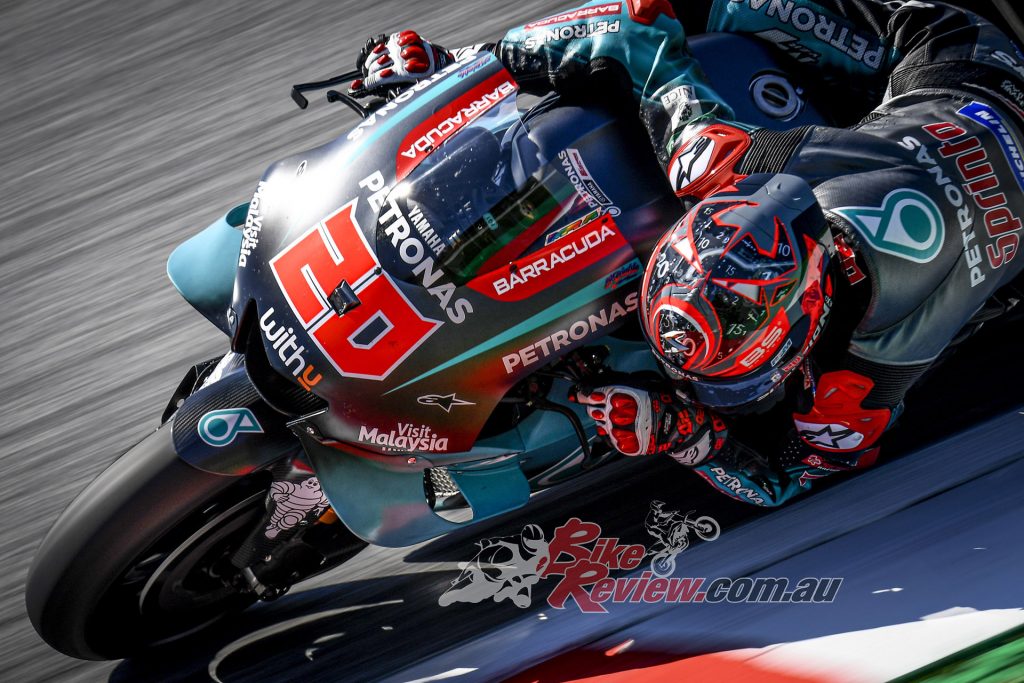 The front row wasn’t quite decided there though. Dovizioso was able to improve his time to shoot 0.008 ahead of Viñales and on his final qualifying lap, but rookie sensation Quartararo beat the pair of them to stick his M1 on the front row for the sixth time in 2019. The Frenchman was overjoyed with another quality Saturday display, set to start between Marquez and Dovizioso on Sunday.

That puts Viñales at the head of Row 2 ahead of a stunner from Q1 graduate Francesco Bagnaia (Pramac Racing), the reigning Moto2™ World Champion, who had a cracking Q2 to claim his best MotoGP™ grid slot yet. Takaaki Nakagami (LCR Honda Idemitsu) continued his solid weekend to set the sixth-fastest time in Q2, and the Japanese rider was just 0.017 off Bagnaia to claim his best Q2 result as well. 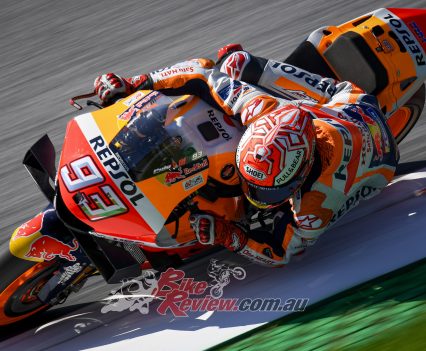 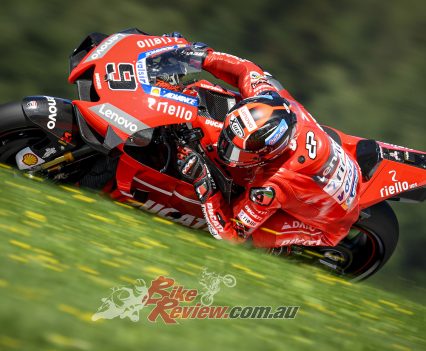 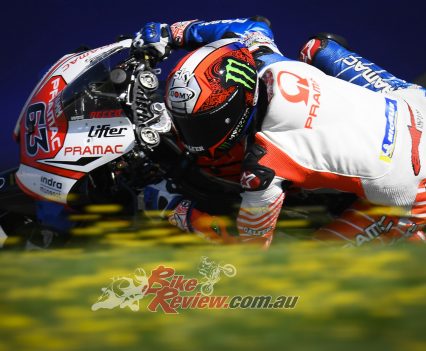 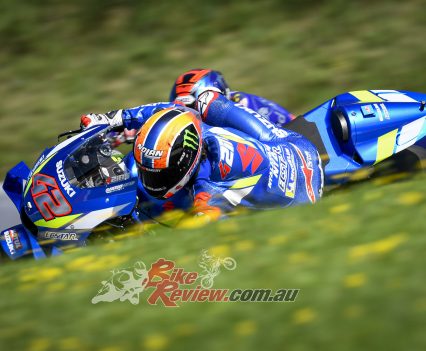 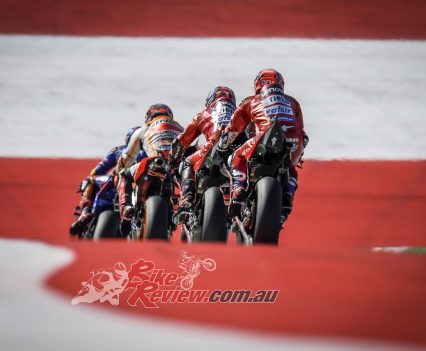 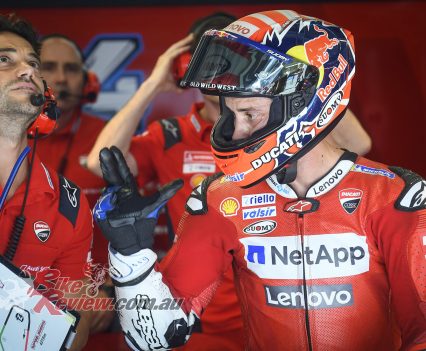