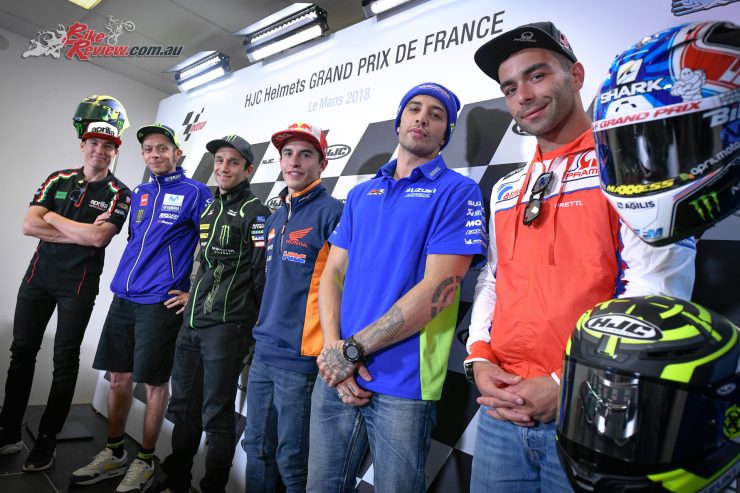 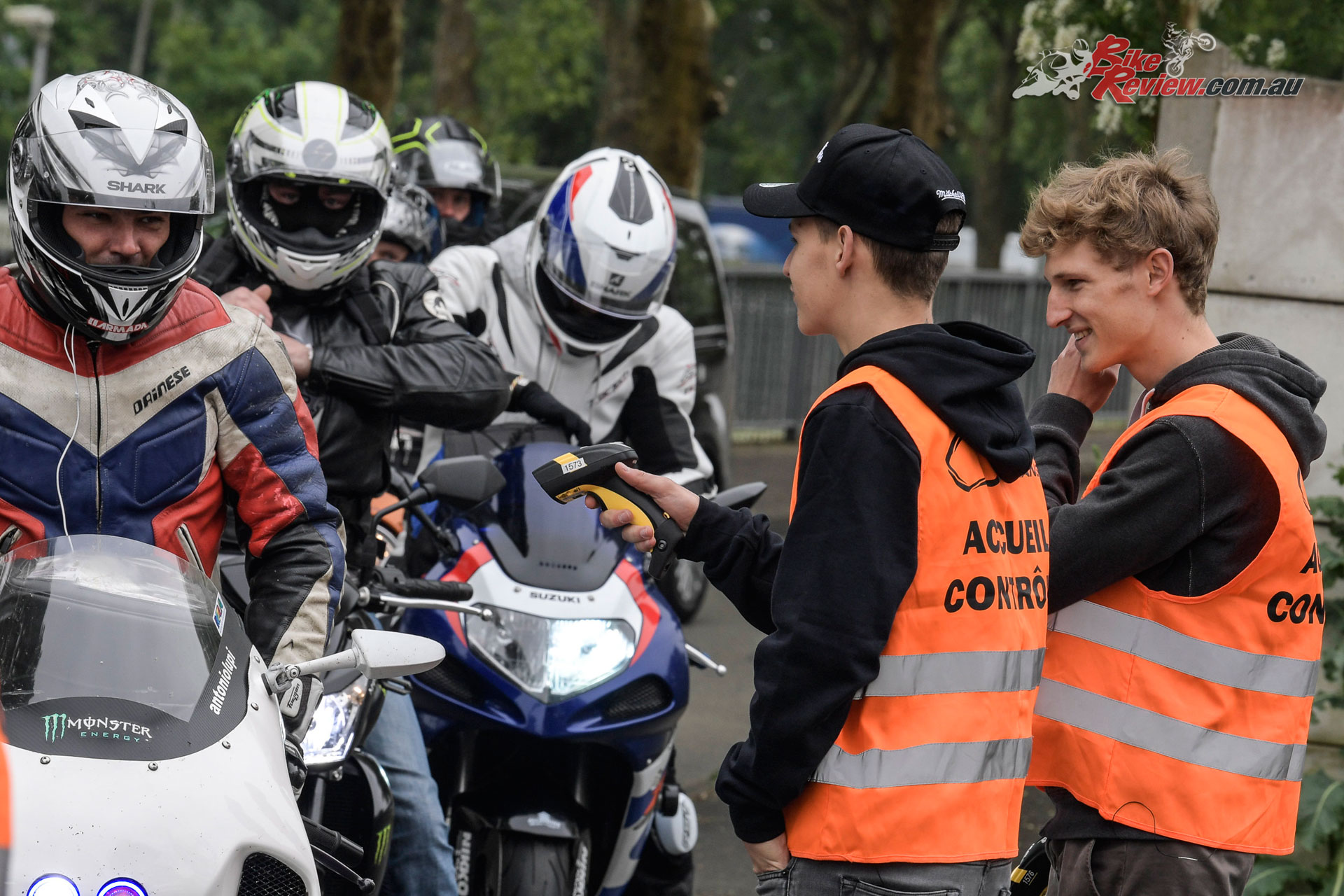 Danilo and Quartararo manning the gates

Earlier in the day, however, Zarco, Fabio Quartararo (MB Conveyors – Speed Up Racing) and Jules Danilo (Nashi Argan SAG Team) went undercover to welcome fans arriving to the track – with a few shocked faces and double takes as the three went incognito.

International Handy Racers on the grid

Then, the International Handy Racers were once again given the honour of kicking the GP weekend into gear as they took to the track for a couple of laps. The incredible handicapped racers were joined by MotoGP race winner Cal Crutchlow (LCR Honda Castrol) and rookie Hafizh Syahrin (Monster Yamaha Tech 3) – as well as Moto2 home hero Fabio Quartararo (MB Conveyors – Speed Up) and teammate Danny Kent – to do a couple of laps before a photo opportunity on the grid. 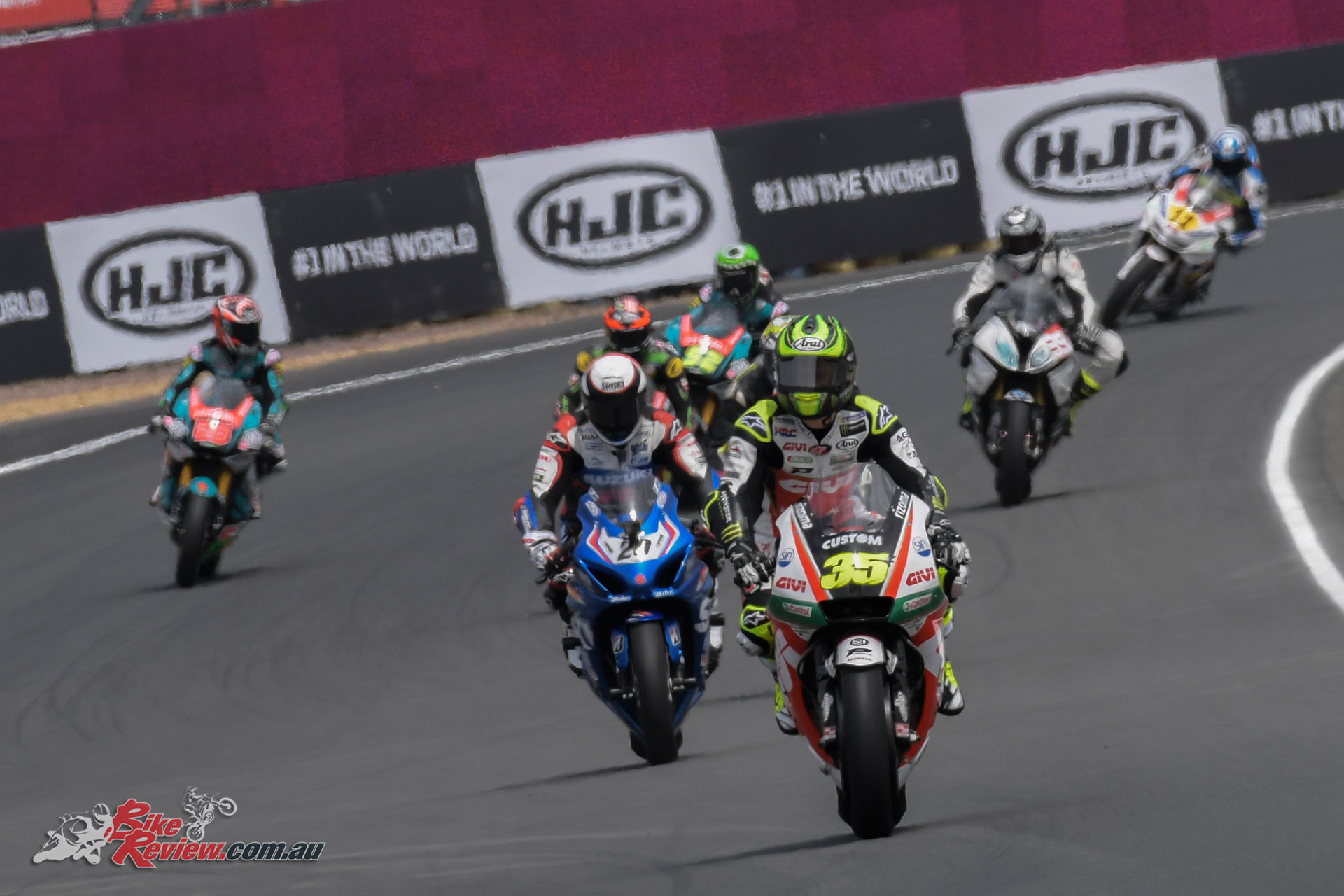 International Handy Racers on the track

Then it was full focus ahead for the French GP, and Marquez was the man who spoke first in the Press Conference – arriving at the race as Championship leader for the first time this season.

“Austin, Jerez and most the first part of the season has been really good for us,” begins the Spaniard, “but we’re still trying to improve. We did important tests in Jerez and in Mugello, especially Mugello. We found some little bits but still we need to improve. Here normally we struggle more and its one of the worst tracks in terms of results, but I like it. It looks like we’ll have good weather here this weekend, so we’ll try to work hard.” 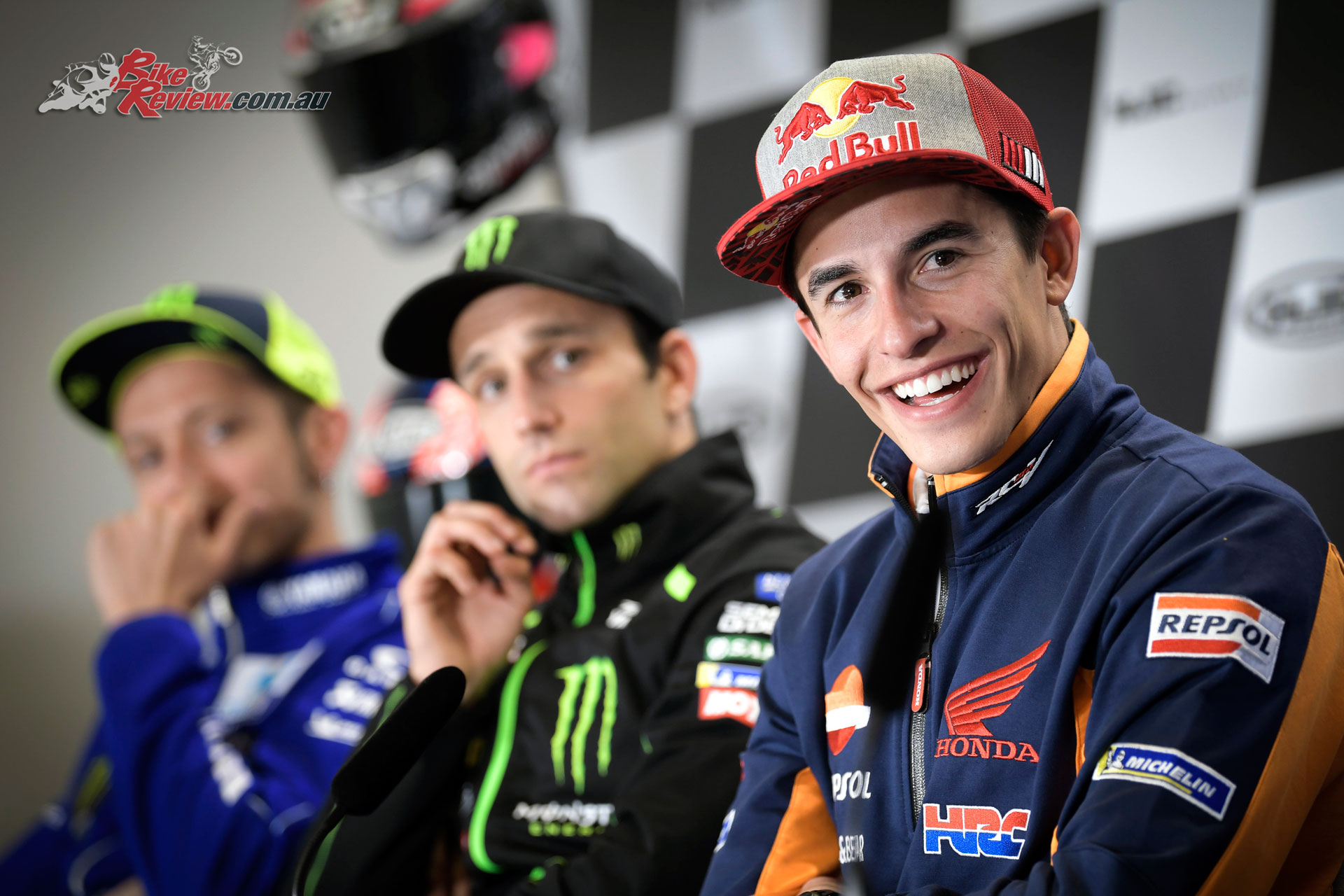 Marquez crashed out at Le Mans last season, and he explained the big step forward they’ve taken since a more difficult 2017 weekend, “Last year our weak point was acceleration. We were losing out too much and trying to recover in the corners – but this year we’ve improved that a lot. I hope the general weekend will be different this year. But Yamaha will be strong, and Johann will have extra motivation…and Ducati. And Suzuki, everything is very close!”

It will be close, and as Marquez says, one rider arrives with a lot of extra motivation – Johann Zarco, racing on home turf and second in the title fight. The Frenchman was also on the podium last season, for the first time in the premier class. 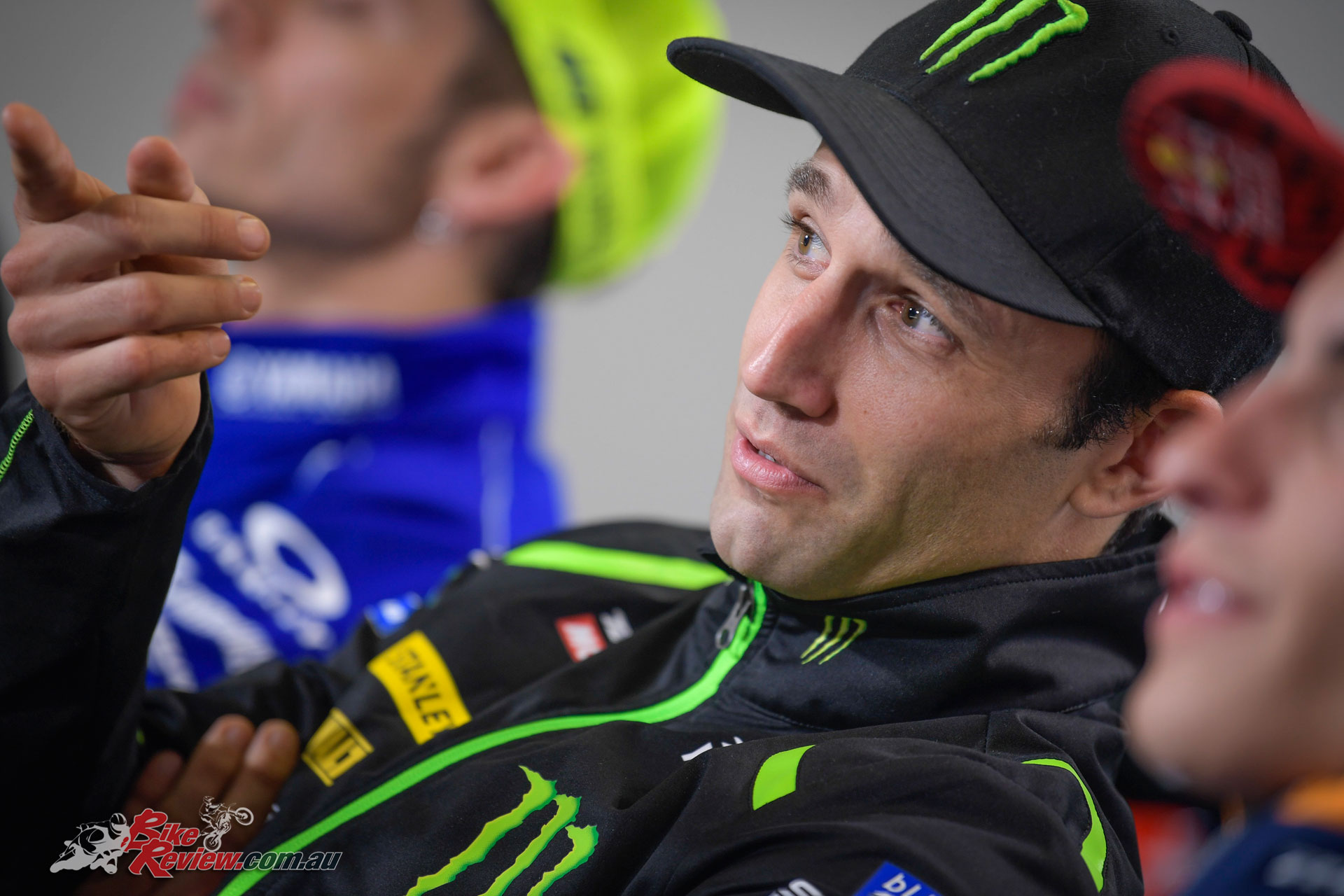 “It’s not more difficult,” Zarco smiles and shrugs it off when asked about the pressure of his home round. “It’s more fun and extra motivation. It’s really nice and the perfect situation to be second in the Championship and I keep dreaming about victory. It’s a good track for me and last year the Yamaha was working so well. Our bike is similar to last year so I just need to make it work and do everything perfectly. We had a good test in Jerez too and I hope that will help us to be competitive. At the moment I’m thinking about victory and we’ll see tomorrow if everything is going the right way – and if yes, I’ll keep that target until Sunday.” 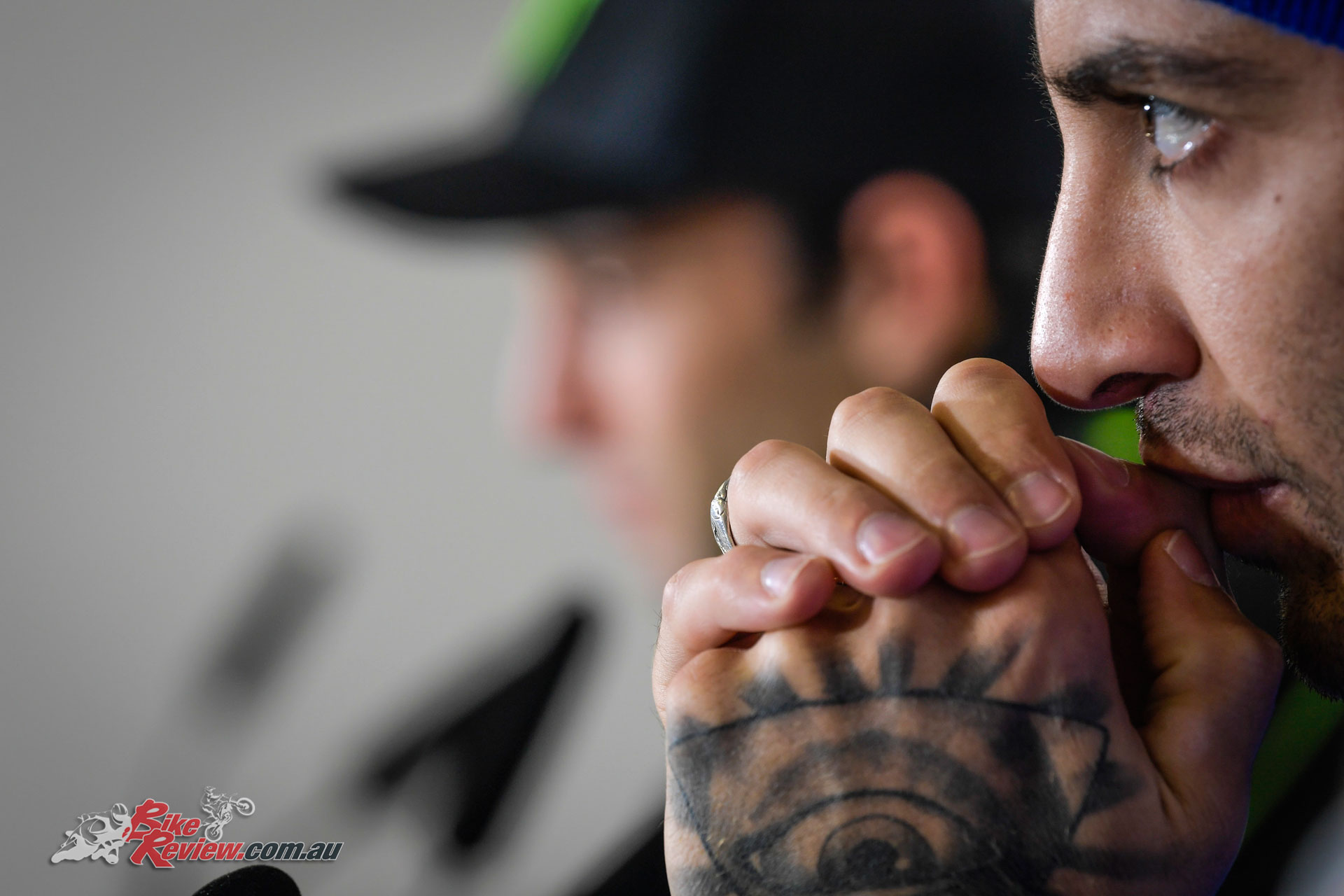 Andrea Iannone was next on the mic, happy with his recent form, which included his first back-to-back podiums in the premier class.

“We arrive from a good period for us,” says the Italian. “this year we’ve started in a good way and from Austin on I think we’ve improved in every practice.” And not just the bike – everything. “The feeling, the results and everything. Last year this track was difficult for us but this year we arrive in a completely different situation, the bike has improved a lot in the winter.” 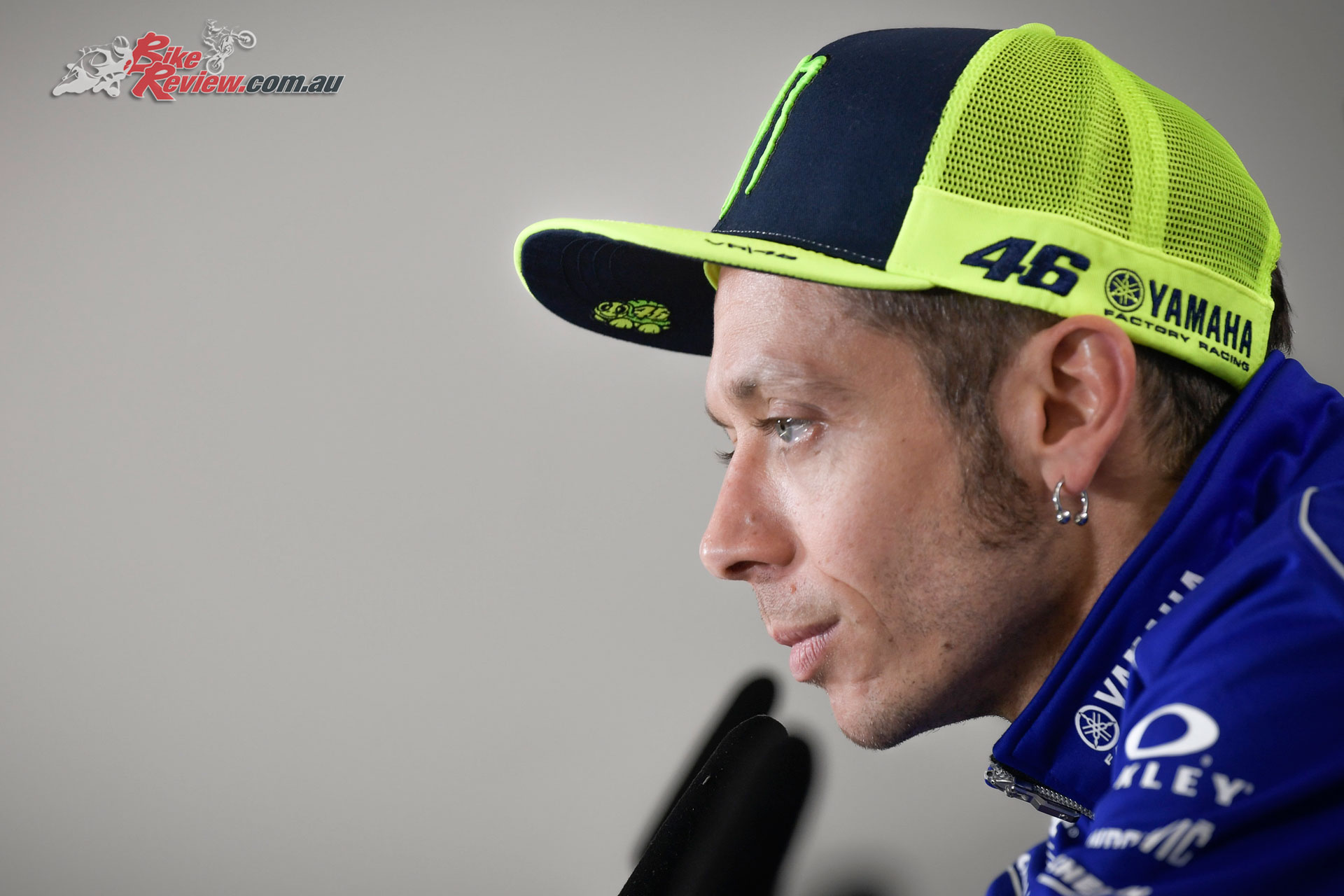 Iannone’s compatriot Valentino Rossi, meanwhile, began by talking about their struggles of late – but spoke of both his and the M1’s great record at Le Mans.

“We arrive from a difficult moment because I’m not very fast. But at the test in Jerez or Mugello we didn’t find much, also because we didn’t have a lot of things to try. We worked on small details in Jerez, and Mugello was more to understand the balance of the bike for the weekend. So I think our level is similar to Jerez but usually the M1 works well at this track. In the last years here I was always strong, but we need to understand this year how our level is compared to that of our opponents.

“In my career, here I haven’t won a lot but I’ve had a lot of good races. I like the track, the hard braking and changing direction. It’s a good track and especially with the new asphalt, last year it was great to ride so we’ll see this year. The level is very high and everyone is very close. Even to be in the top five you need performance that is comparable to the victory.” 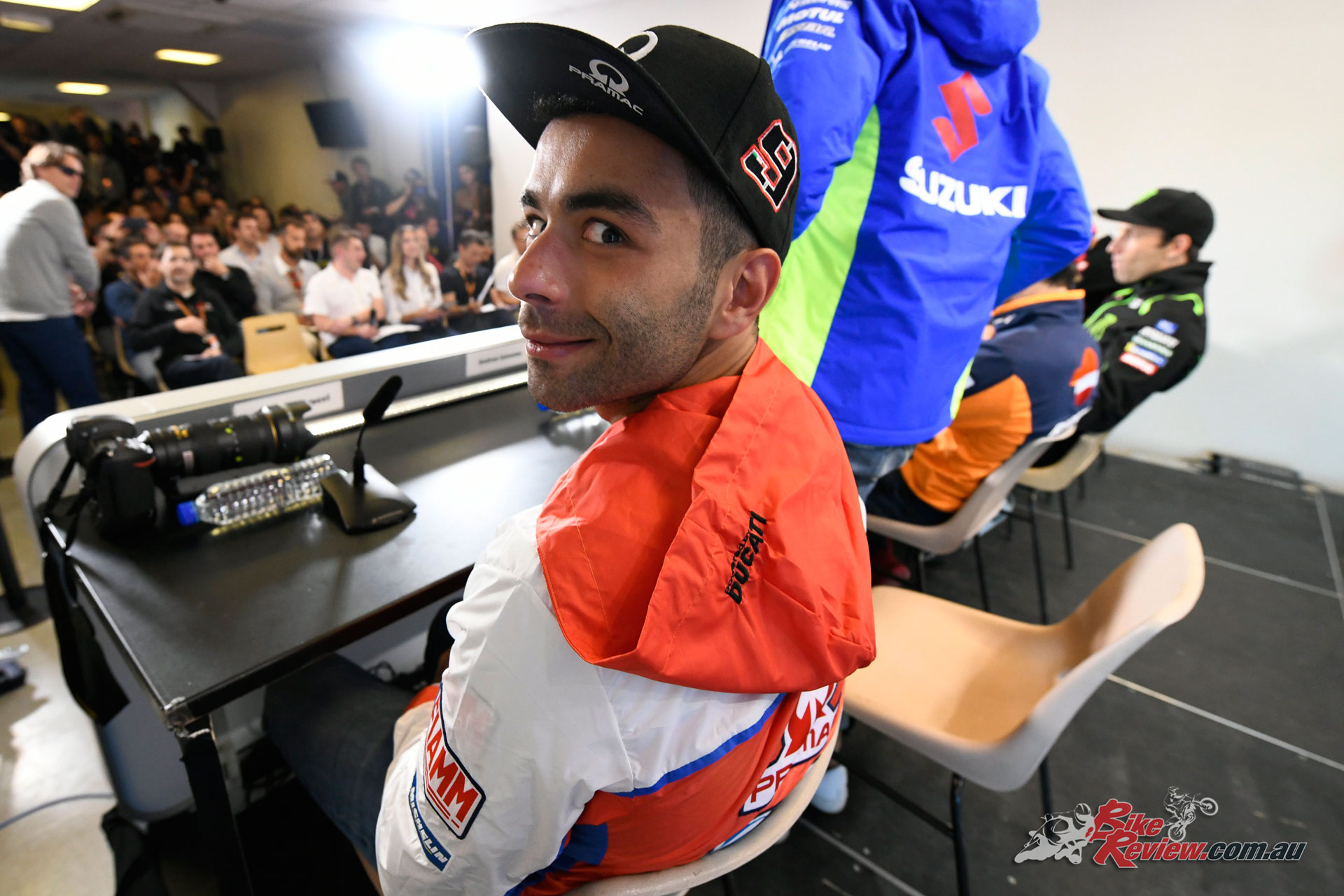 Competition is, as the nine-time World Champion says, incredibly close – as Danilo Petrucci knows all too well, having just missed the chance at the podium in Jerez. But the Italian maintains Le Mans is an unknown.

“It was a positive weekend,” says the Alma Pramac Racing rider of Jerez. “I was a bit sad to lose out on the podium but I was also lucky to gain positions after the big crash…but I think I need something more to stay closer to the Ducati factory riders, so maybe here we’ll start with some different things on the bike. Our target is to stay as close as possible to the top. I don’t know what to expect from Le Mans and last year it was a strange weekend, I started from the back after a technical problem but I made up a of positions before I had a problem.” 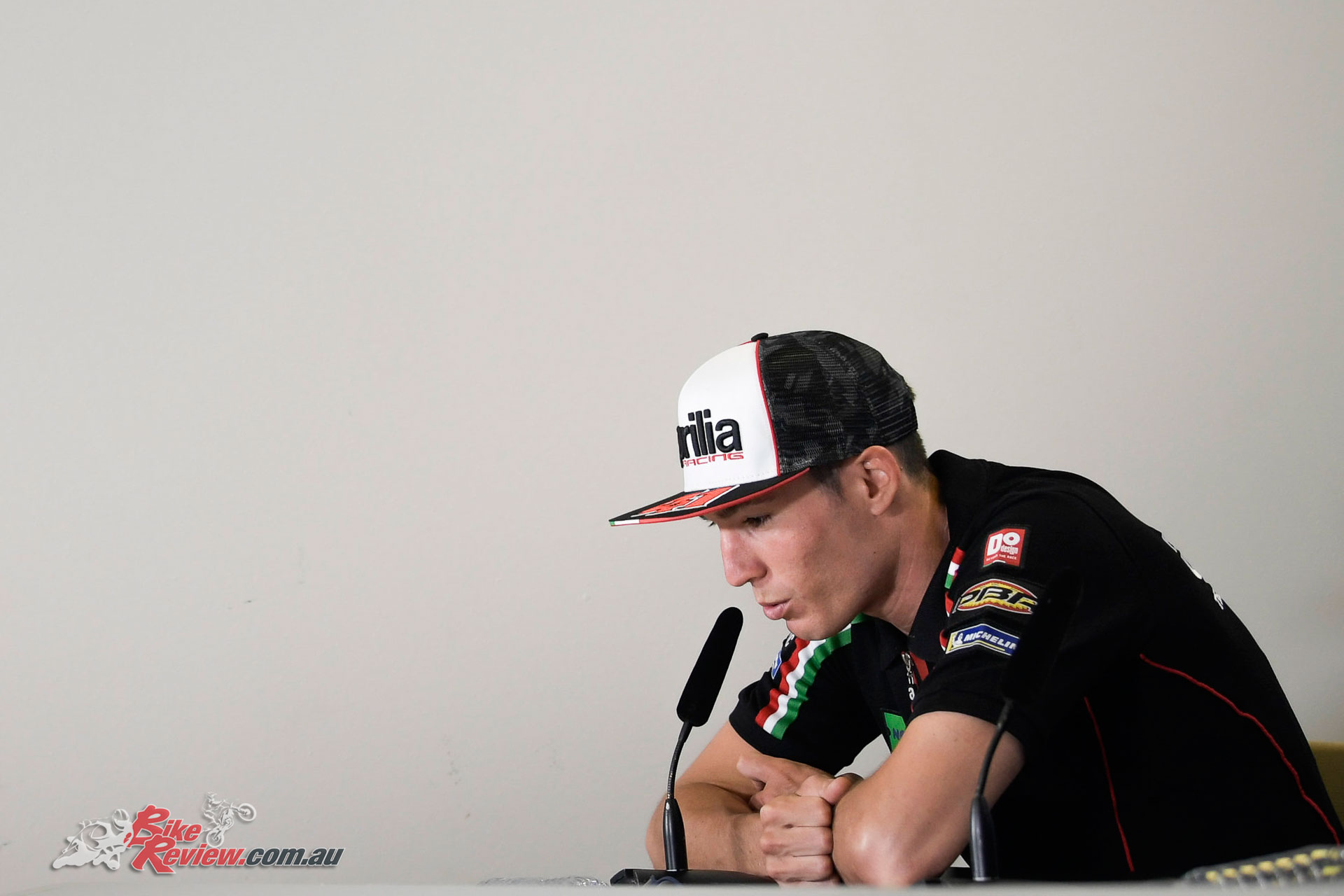 Finally, for Aleix Espargaro, there was big news as well as the French GP to talk about – with the Spaniard confirmed as staying with Aprilia Racing Team Gresini for another two seasons.

“I said from the beginning of the season that my priority was to stay with Aprilia,” affirmed Espargaro. “I’ve never been in a team more than two years and I think that would gives you stability. This first part of the season hasn’t been super good and we’ve been unlucky, I don’t think we were that far from the top guys. So I hope this will give me some stability and I’ll keep fighting for my goals with Aprilia to improve the RS-GP. The first thing is to improve the bike, it’s grown a lot from the first test I did with them, but Aprilia’s level is quite competitive.”