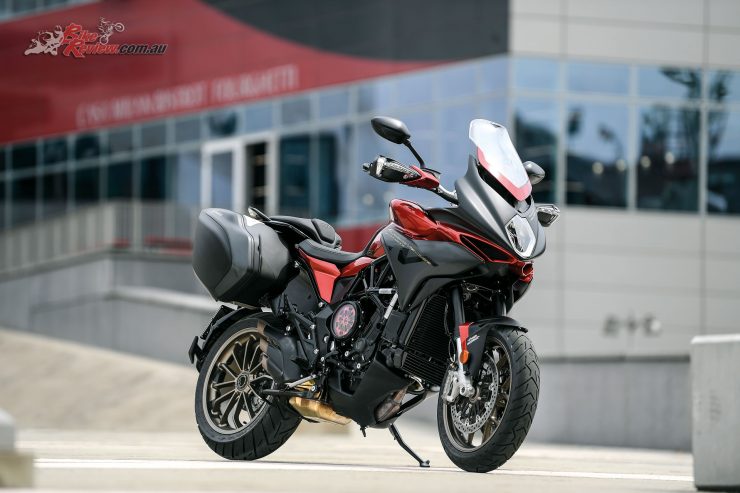 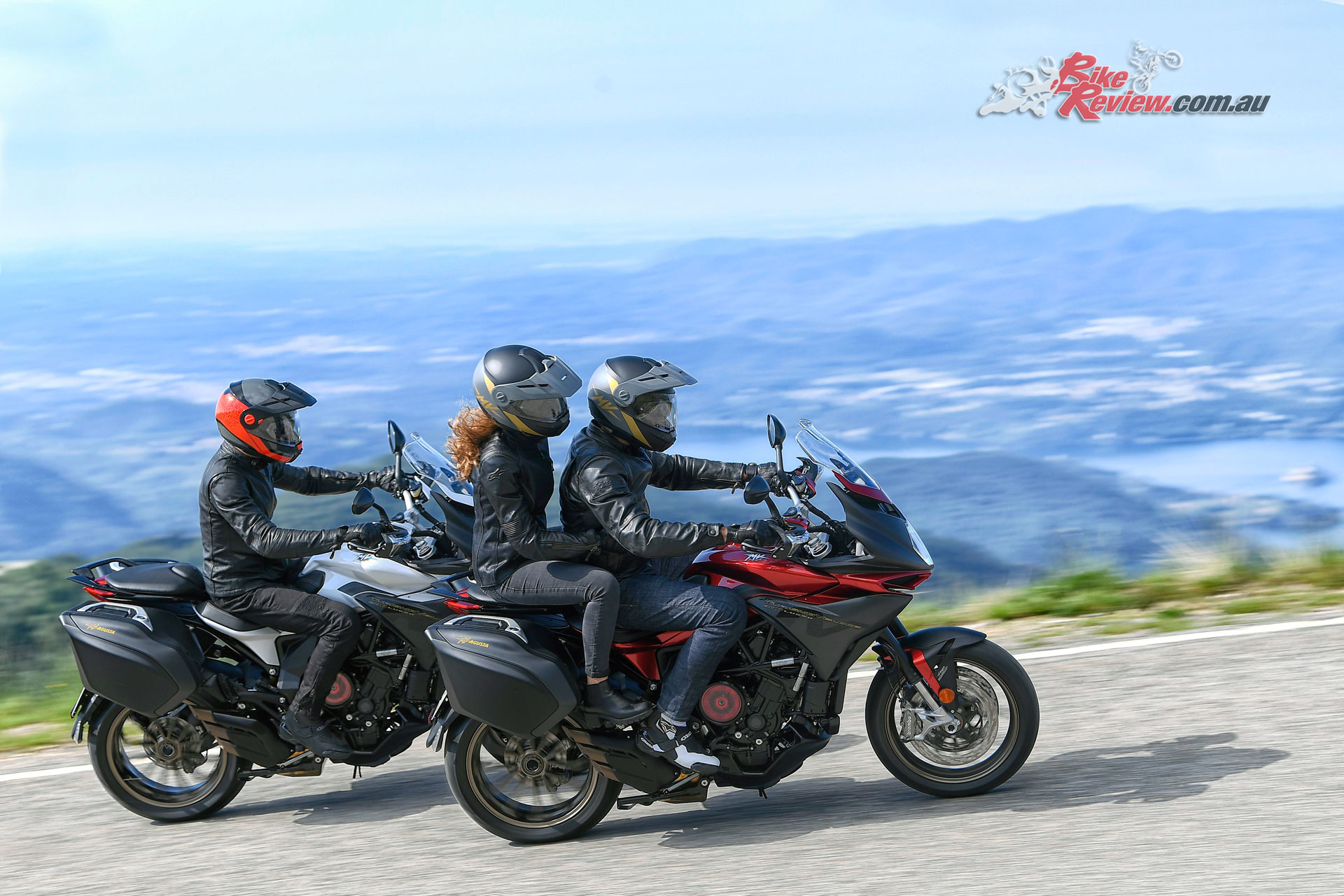 The Smart Clutch System has been developed in collaboration and synergy with an industry-leading technical partner. The research, testing and engineering took two years of work, in the hands of a dedicated team.

The Smart Clutch System offers the rider two choices: to use the clutch in the traditional way by operating the lever on the handlebars (it’s still there!), or hand over complete control of the clutch to the system so that the rider can concentrate on the road and fully enjoy the ride.

The automatic clutch system actually operates in parallel with the traditional system, so there is no need for any prior selection when switching from manual to automatic operation, with integration of the mechanical, hydraulic and electronic components ensuring a seamless experience.

The exclusive SCS (Smart Clutch System) technology required the development and production of a specific set of clutch plates, with greater friction surface area and special springs, with a transparent clutch cover adding a splash of additional style. 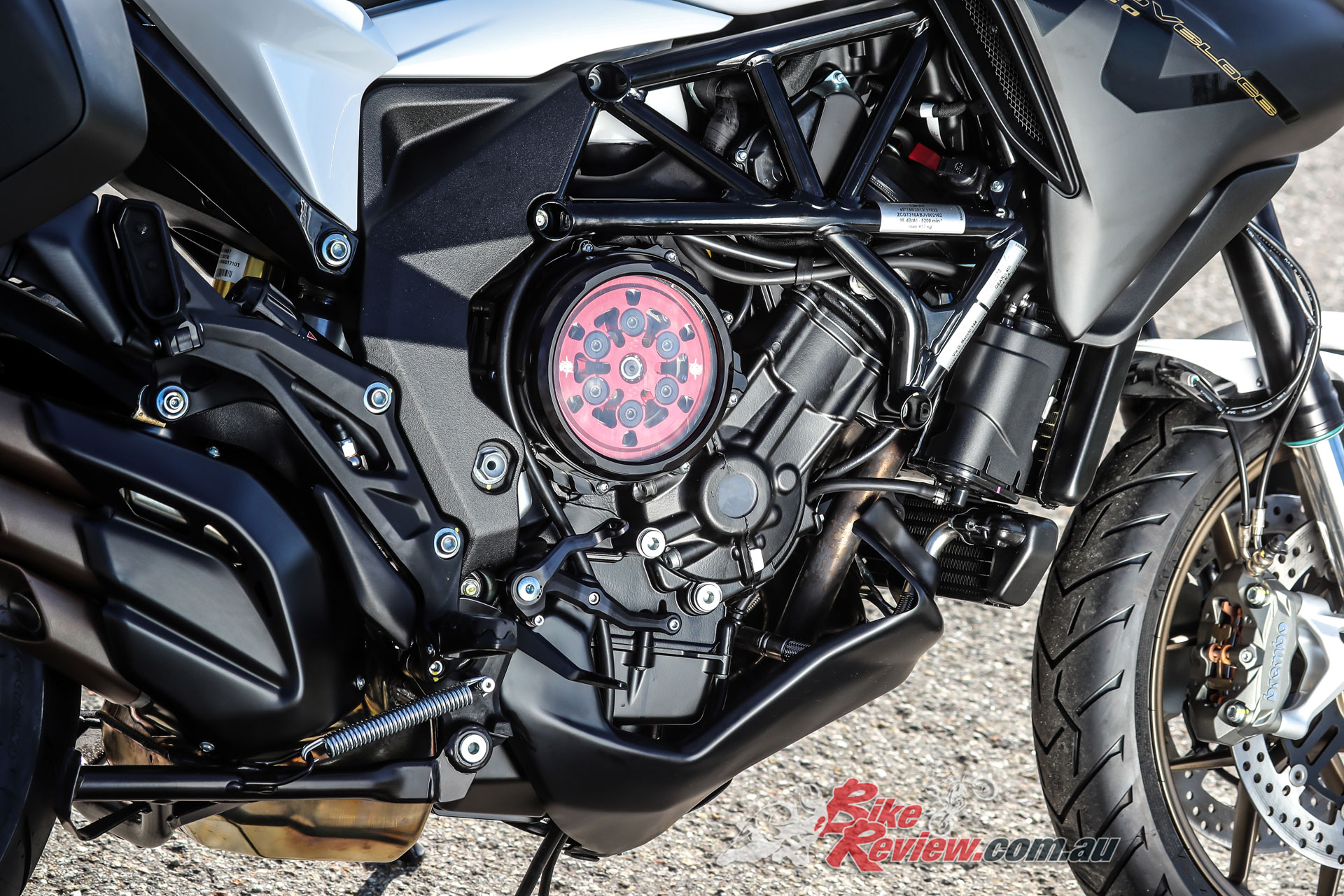 A benefit of the new automatic clutch system introduced by MV Agusta is its weight, identical to that of a traditional clutch system. This demonstrates how it is possible to obtain efficiency and functionality without loading the vehicle down with unnecessary weight that would limit its dynamic characteristics or riding pleasure.

MV Agusta have also introduced a parking brake to prevent any unwanted movement when the bike is stationary and the automatic clutch does not allow the transmission to remain engaged when the engine is not running. The parking brake is engaged/disengaged via a lever positioned above that of the rear brake on the right-hand side of the bike. 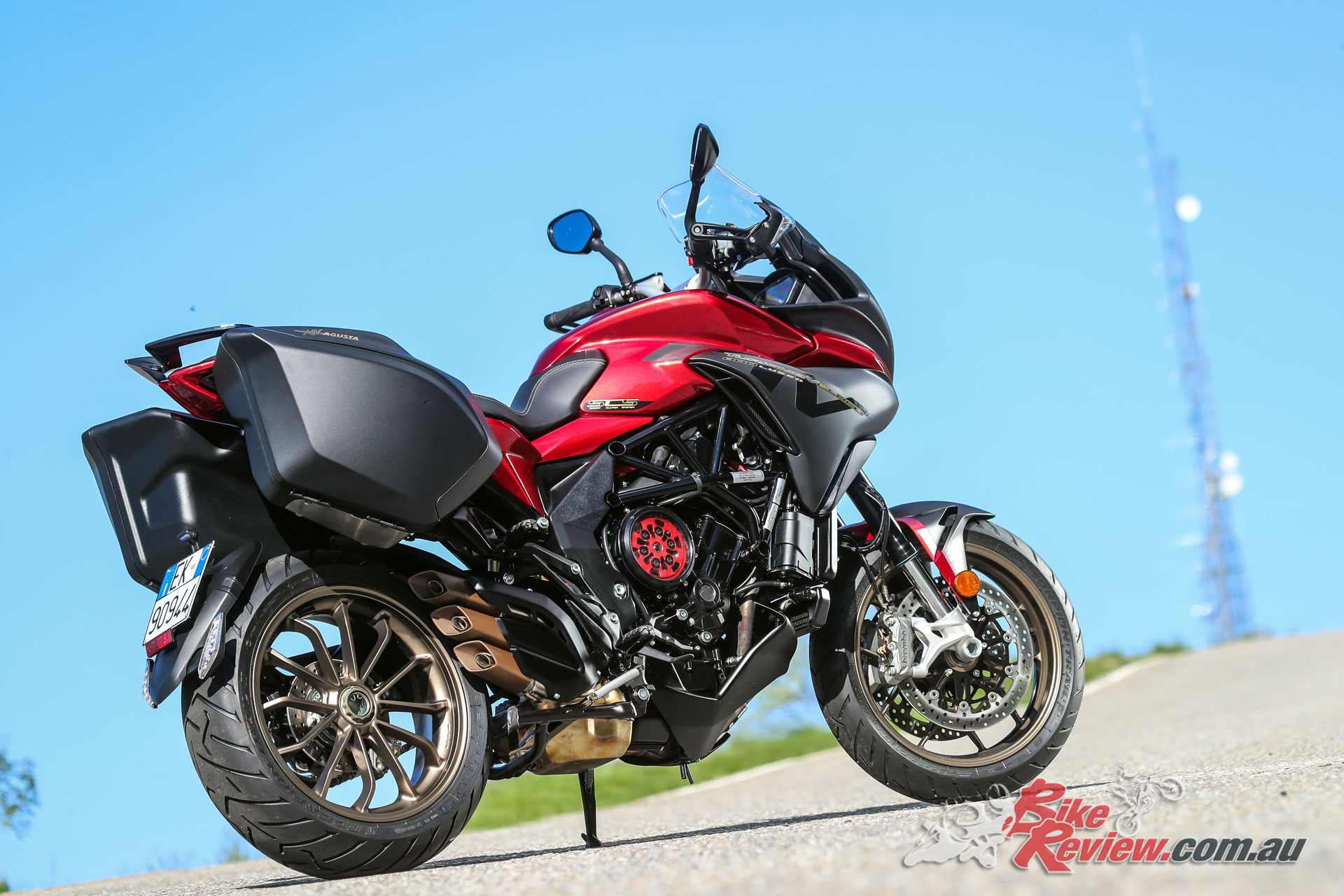 As with the Brutale 800 RR, the Turismo Veloce also benefits from all the mechanical and electronic upgrades of the Euro 4 approved models. This legislation required a reduction of exhaust gas emissions (-50% compared to Euro 3) as well as considerable noise reduction (-48%). Maximum power and torque values have remained unchanged, respectively at 110hp (81kW) at 10150rpm and 80Nm at 7100rpm.

The engine remains true to its sport origins, and the heart is the counter-rotating crankshaft. This technology, derived from MotoGP, was introduced by MV Agusta on its in-line three-cylinder engine and reduces the overall vehicle inertia and improves cornering and speed of direction changes. The innovative balance shaft has also been redesigned. 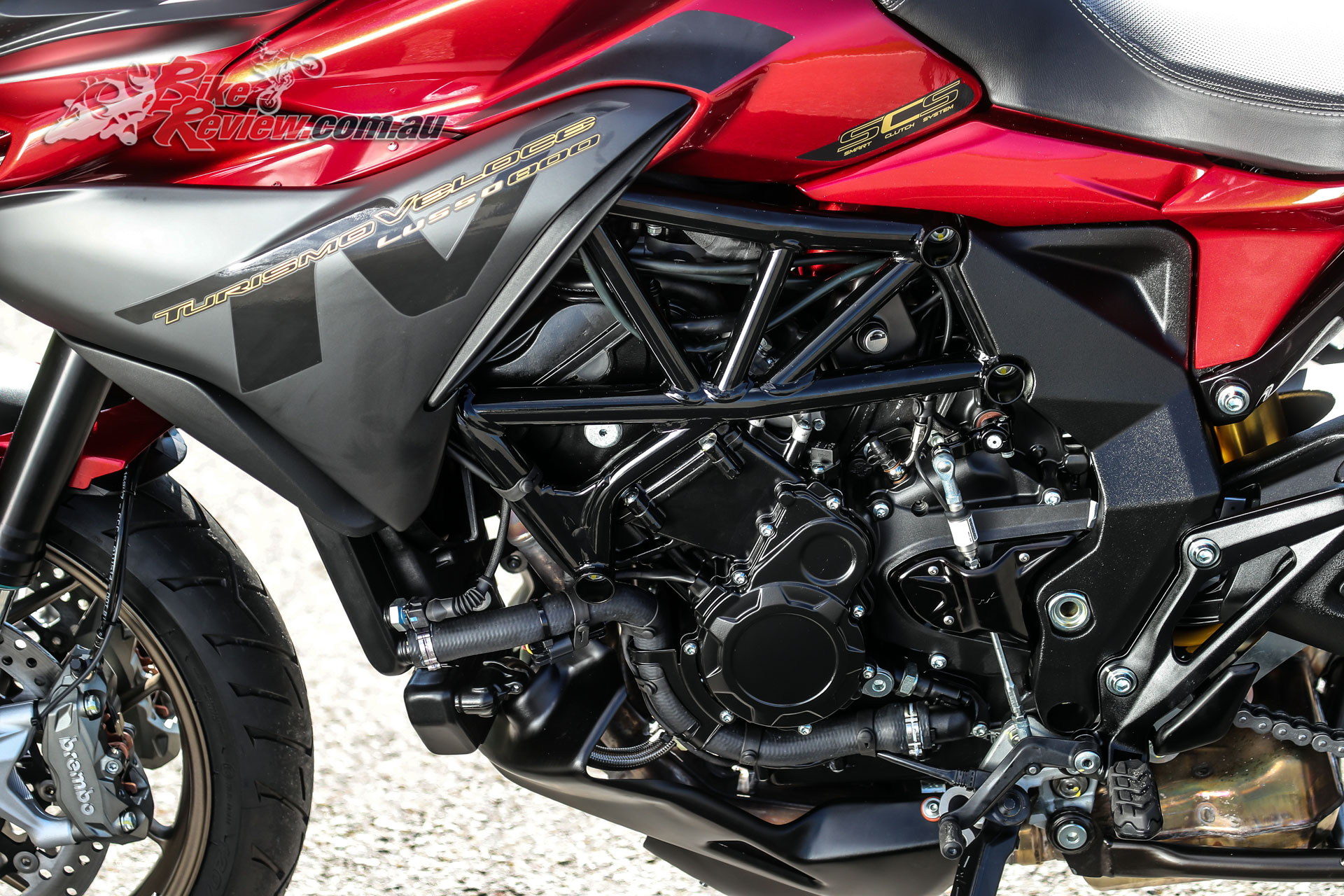 The profile of the intake and exhaust cams has been optimised, while the valves and the respective guides have been redesigned. The transmission is new, having been revised to improve shifting, which is now both quicker and more precise. The noise reduction of the vehicle required special attention and focused on reducing high frequency mechanical noise, that was also reduced thanks to the new acoustic swing-arm covers.

The harmonic Damper, located on the side of the cylinder head, also plays a key role in both noise and vibration reduction. Pushing this concept of noise reduction the extremes, the gears of the engine have also been the object of specific analysis to both reduce friction and mechanical noise. 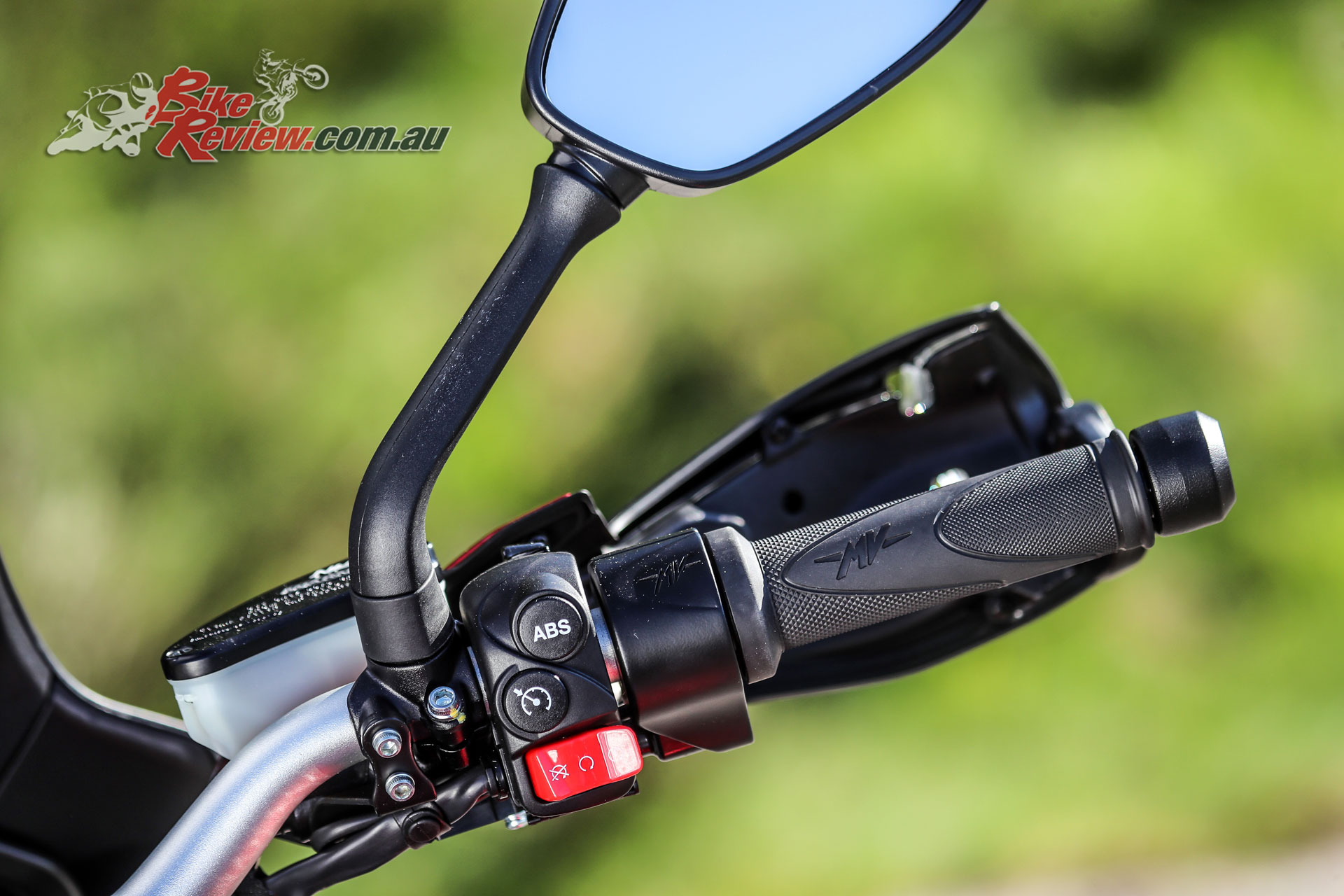 The MVICS 2.0 encompasses numerous functions, which in the case of Turismo Veloce 800 Lusso SCS also include the management of the automatic clutch.

Accuracy and quality of the intervention are guaranteed by the latest version of the Ride by Wire system, designed to increase the sensitivity of the throttle and offer the rider more precise and direct control. Four engine maps, three set by the manufacturer as well as a customisable one, is particularly useful on a model like Turismo Veloce, offering versatility. 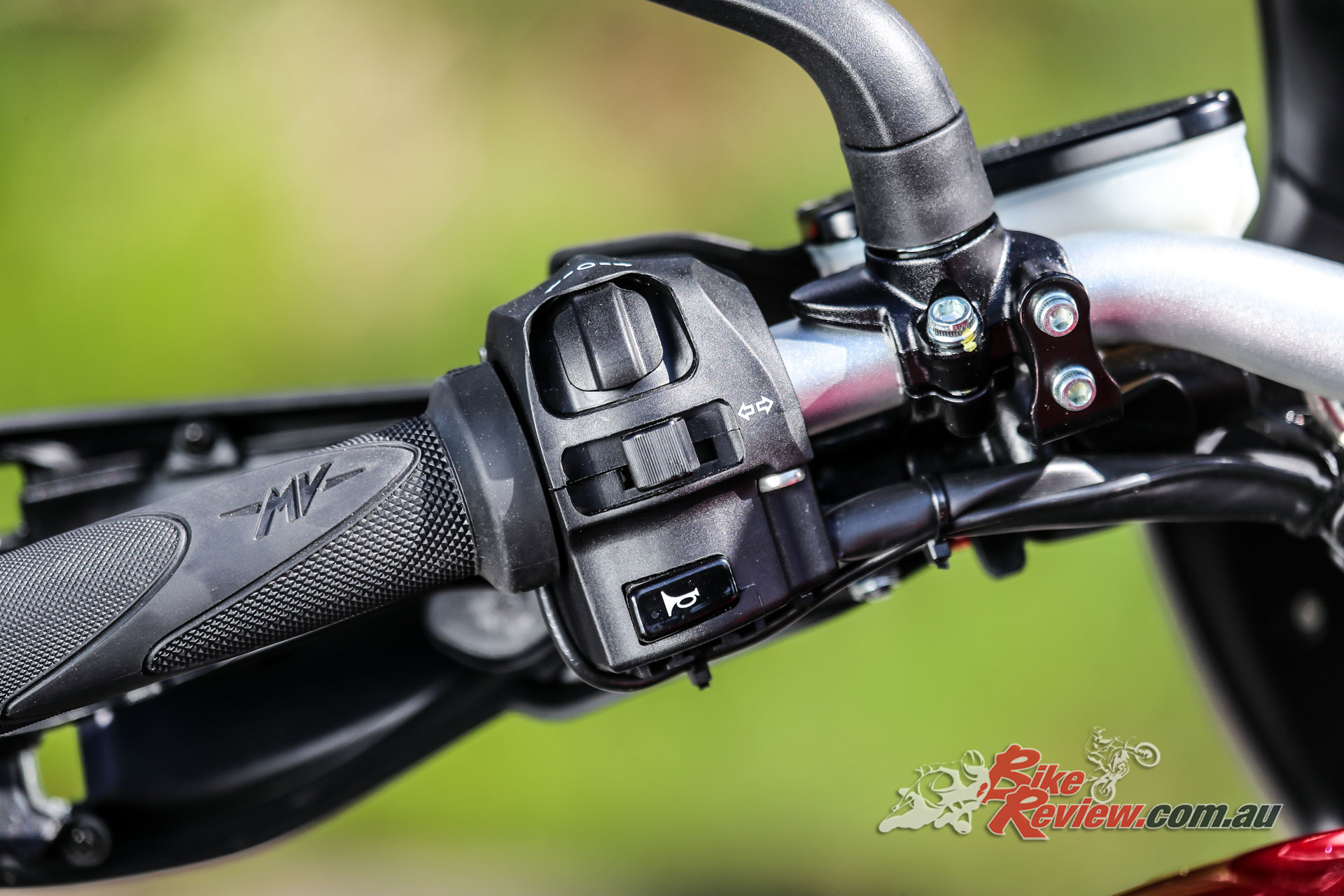 The customisation parameters of the Custom map are related to throttle sensitivity, engine torque, engine brake, engine response and rpm limiter. The eight-level traction control is now more precise in its intervention and, like the EAS 2.0 up-and-down shift system as well as SCS.

The new Turismo Veloce 800 Lusso SCS will be offered in red and white, coming standard with three year-warranty and three-year customer care program, and will be made available in late 2018 with prices to be announced. 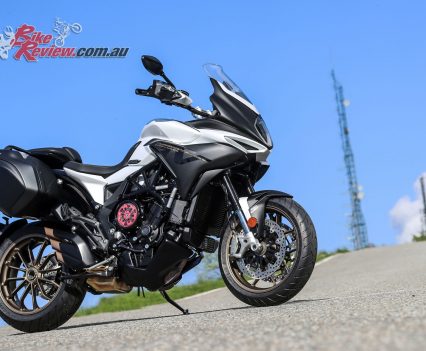 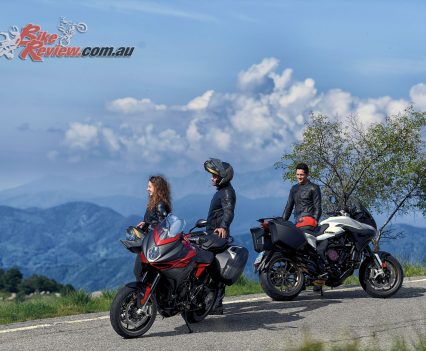 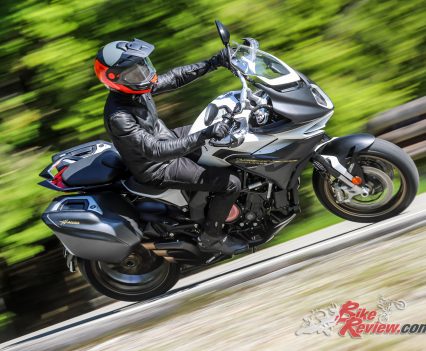 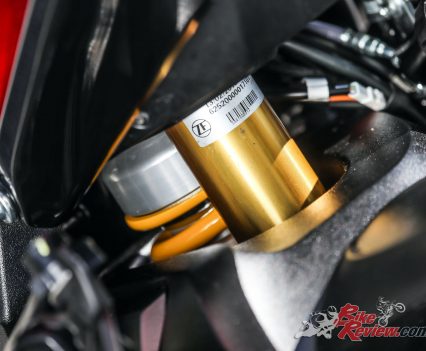 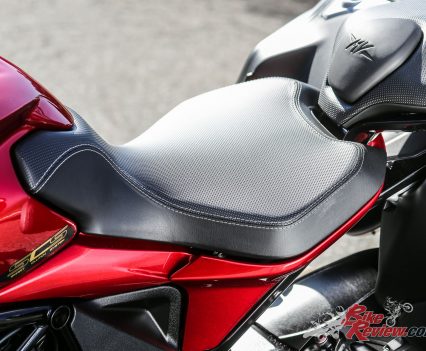 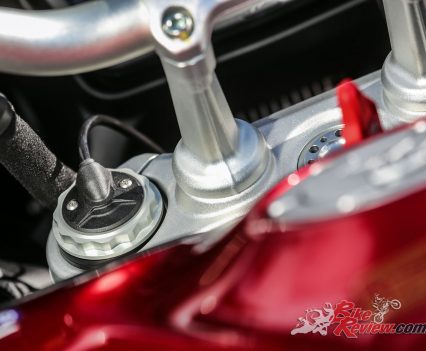 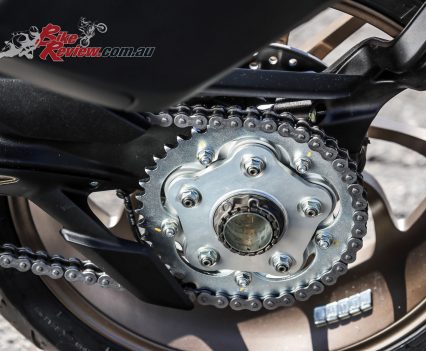 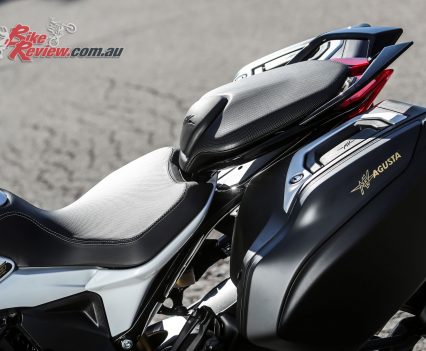 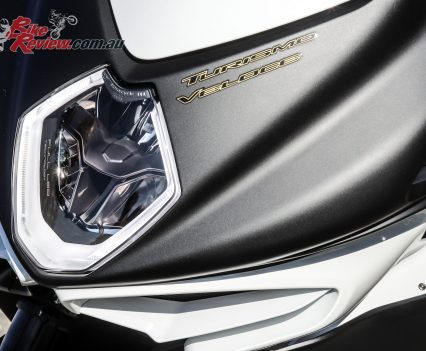 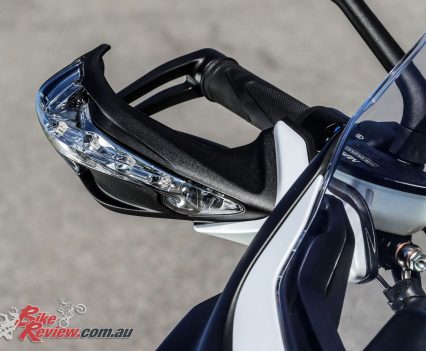 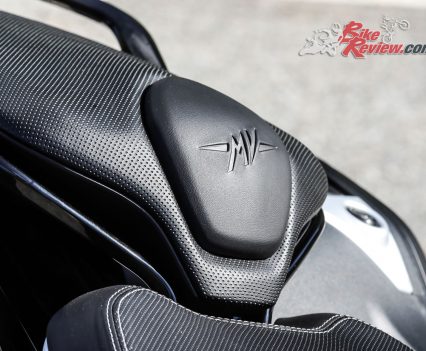 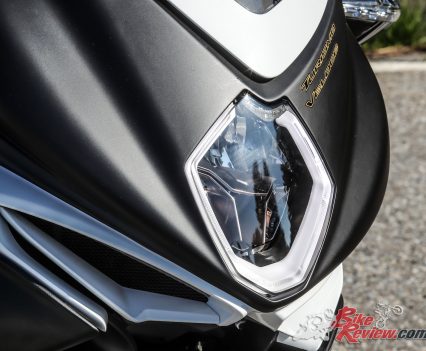 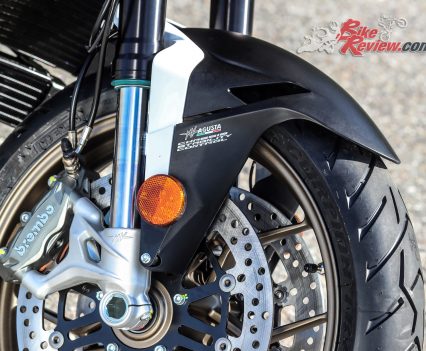 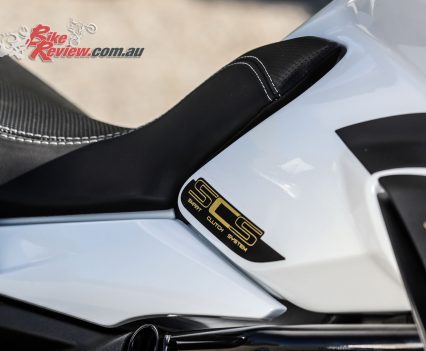 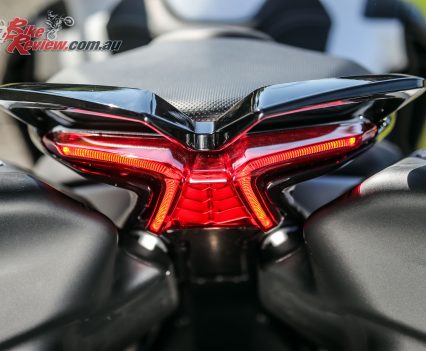 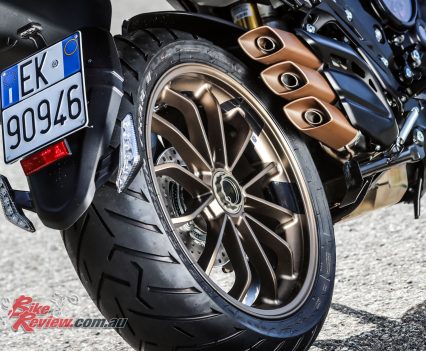 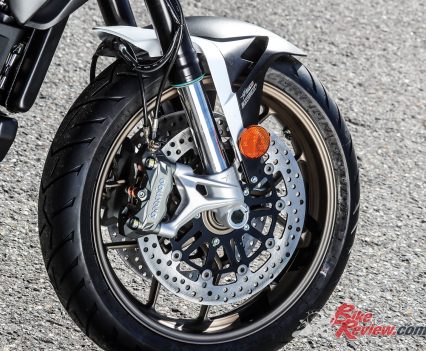 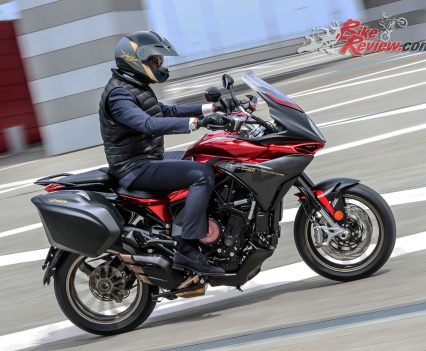 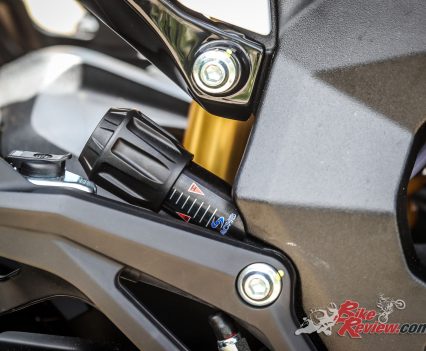 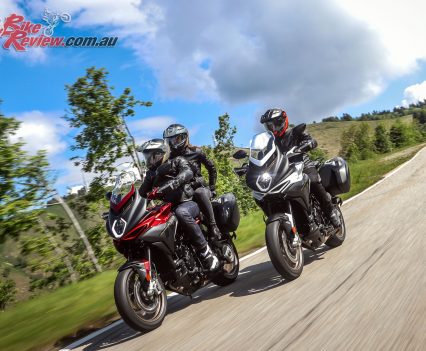