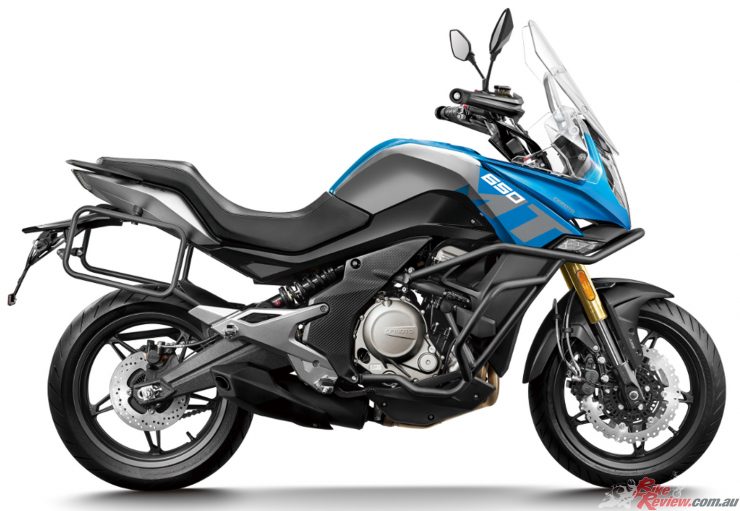 CFMOTO’s MY21 650MT adventure tourer has arrived with new Matte Titanium Grey or Athena Blue liveries as well as a three-year/unlimited kilometre extended factory warranty until year’s end. At $7,490R/A, CFMOTO claim the 650MT undercuts the competition by a considerable margin. 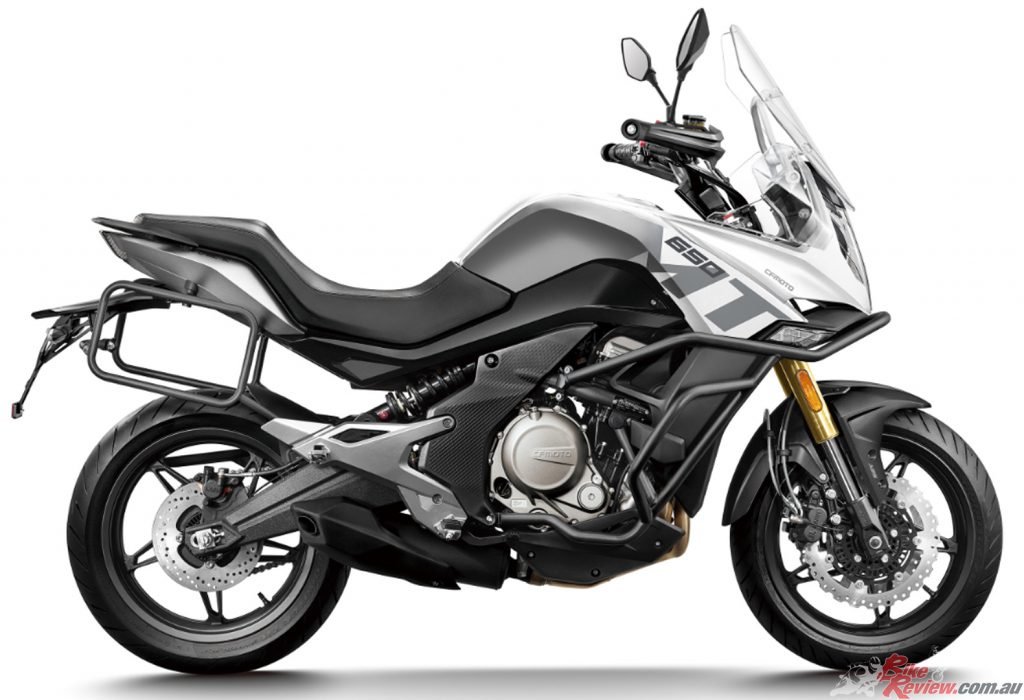 Powering the LAMS-approved 650MT is CFMOTO’s 649cc parallel twin as found in other models such as the 650NK naked and 650GT sports touring models, which produces 41.5kW (55hp) of power at 9500rpm and 62Nm of torque at 7000rpm. The torquey and free-revving parallel twin gives the 650MT a claimed responsive and usable powerband – which CFMOTO say is perfect for a diverse range of riding and rider skill levels.

The Euro 4-compliant engine features Bosch fuel injection, matched with twin 36mm throttle bodies and a single injector per cylinder. The engine is mated with a six-speed transmission, chain final drive and an oil-bath clutch. 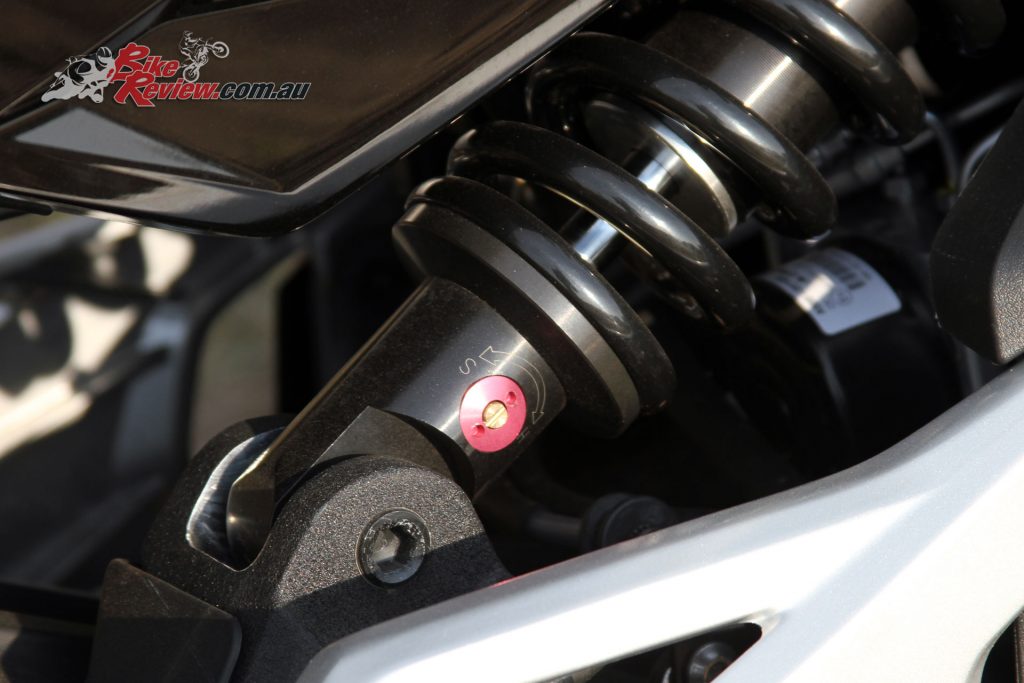 A cantilever monoshock on the 650MT offers 145mm of travel at the rear.

Befitting its role as an adventure tourer, the CFMOTO 650MT features long-travel suspension with upside-down forks and a cantilever monoshock offering 140mm and 145mm travel front and rear respectively. Stopping power is comprised of twin 300mm J.Juan discs up front and a 240mm single disc at the rear, with Continental ABS as standard. 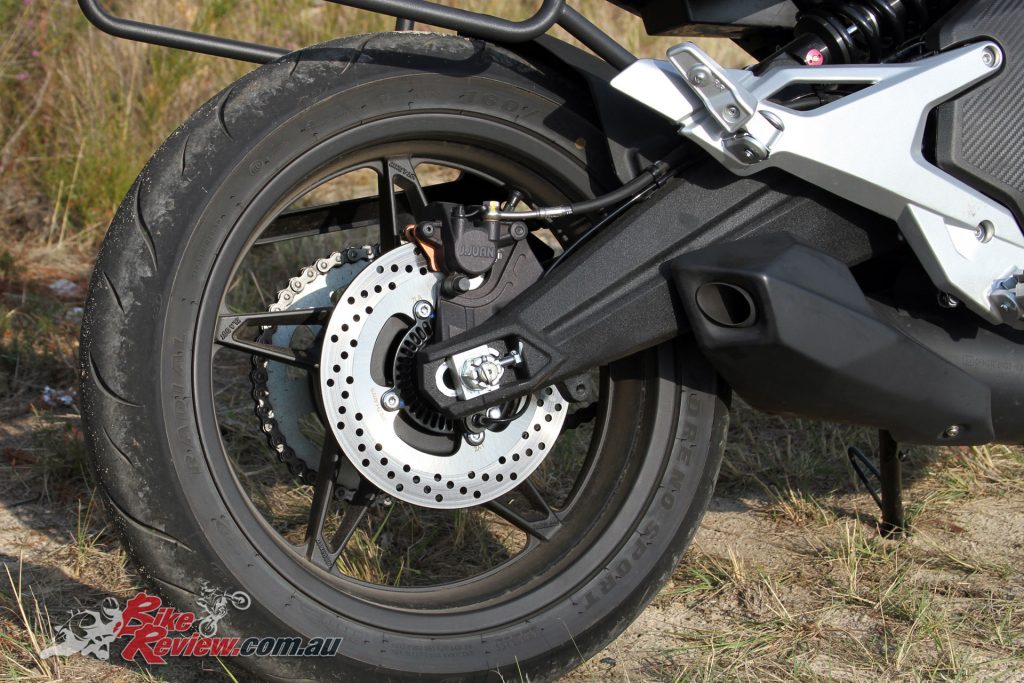 Stopping power is comprised of twin 300mm J.Juan discs up front and a 240mm single disc at the rear.

The 650MT’s adventure touring capability comes to the fore with comprehensive wind protection including a large, adjustable windscreen; side wind deflectors and integrated handguards for optimum rider comfort. Further standard protection comprises a front, side and engine crash bar set while pannier frames are ready to accommodate optional 32-litre hard panniers. This is backed by a 840mm standard seat height or optional low seat (820mm).

An 18-litre fuel tank gives a generous riding range of 400km; an accessible USB charging port powers devices, and full LED lighting complements the 650MT’s sharp styling. As with the 650NK, the 650MT was designed by Kiska, the Austrian motorcycle design house that has been synonymous with several KTM models since the early 1990s. 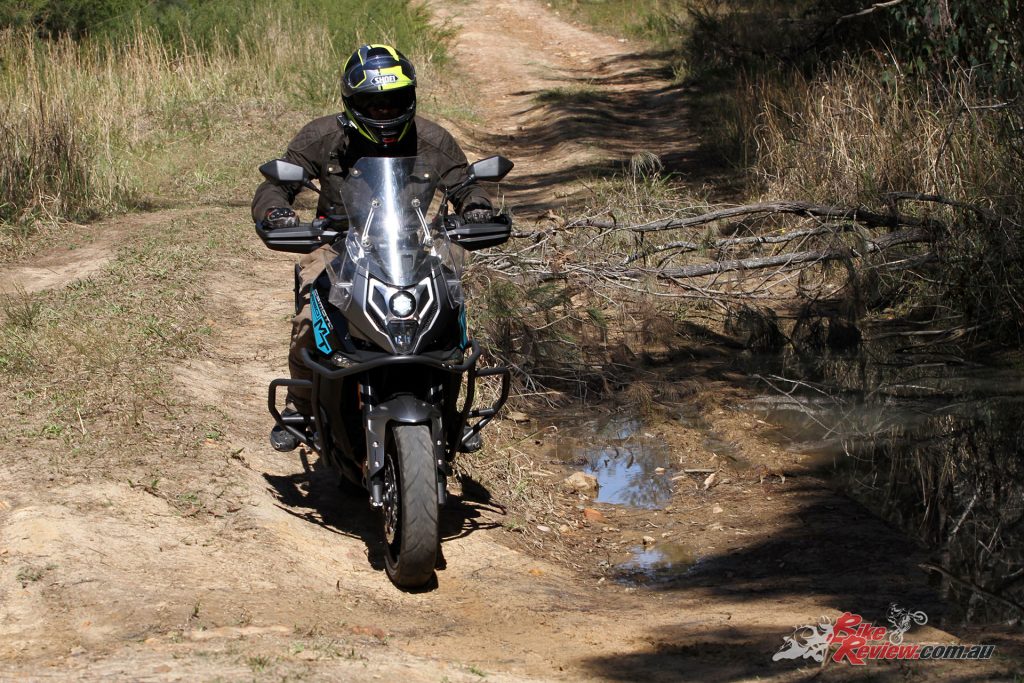 “The 650MT is a strong seller for CFMOTO in Australia, and it’s easy to see why,” CFMOTO Australia director Michael Poynton says. “It strikes a fine balance between exceptional value and versatility, be it for the daily commute or weekend escape.

“The 650MT is a sweet machine made even sweeter by our two year/unlimited kilometre factory warranty which, as with all CFMOTO motorcycles, has been extended to three years until year’s end.”