The 2020 MotoGP Fan World Championship season kicked off on the 22nd of June, with the release of the official MotoGP Racing game app on the Apple AppStore and Google Play Store. series has captured the attention of over 30 million fans worldwide. Check our review here!

Riders in the actual MotoGP championship are represented by millions of fans around the world.

New for 2020 is a title sponsor of the Fan World Championship, WINDTRE, while Brembo continues as the trophy sponsor and Nolan Group as the major award sponsor – providing a limited edition MotoGP helmet to the winners.

The Fan World Championship is unique in sports in that the riders in the actual MotoGP championship are represented by millions of fans around the world, each one racing for their favorite rider. With every race and every point, they score, they contribute to the success of their on-track heroes. The MotoGP rider with the highest average fan score is crowned the Fan World Champion and the fan who made the highest point contribution to that rider takes to the top step of the podium. 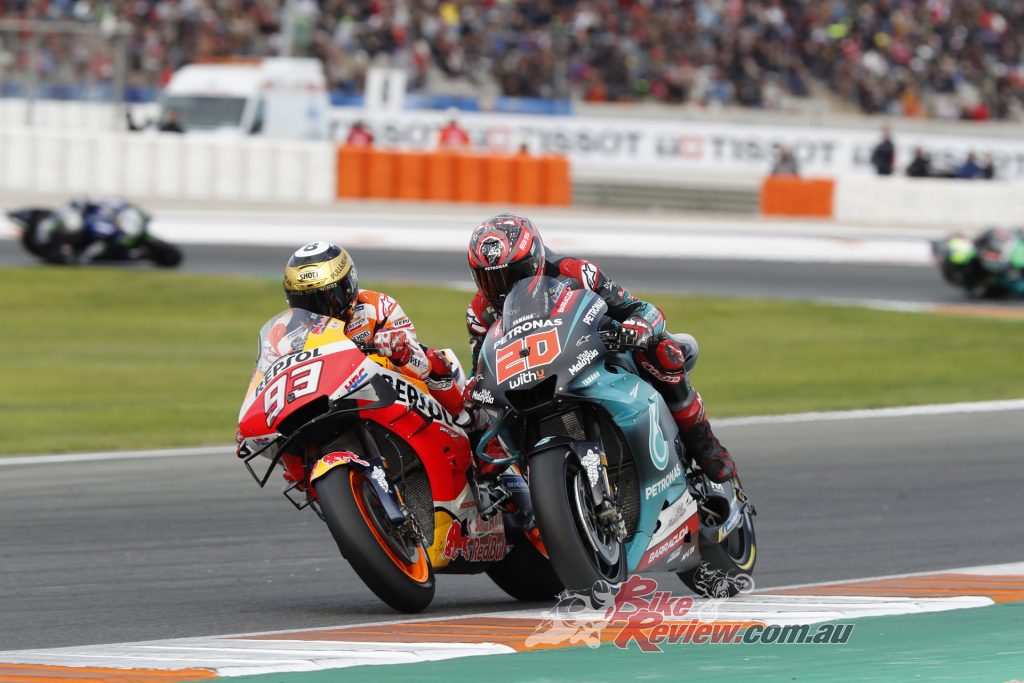 Players can play as their favourite rides on famous MotoGP bikes and race around popular worldwide tracks.

Graeme Warring, Race Director of the MotoGP Fan World Championship: “The popularity of MotoGP around the world continues to amaze me. The amount of time and effort these fans put into the series is incredible, scoring billions of points over hundreds of hours. The emergence of India as a major market for the App caught us by surprise in 2019, as Indonesia and European countries have traditional dominated the series. I guess it should come as no surprise given the popularity and reliance on motorcycles in India.” Check out our interview with Graeme here.

Pau Serracanta, Managing Director of Dorna Sports: “The game puts the adrenaline of feeling like a real rider into the palm of all our fans’ hands, and WINDTRE’s involvement with MotoGP is another sign of how important it is for sponsors to be part of activities or projects that have such incredible levels of fan engagement, like the MotoGP Fan World Championship.”

The involvement of WINDTRE in the series as title sponsor will also pay off for fans as the tournaments which operate in the App now include even more elaborate rewards, such as Android phones, limited edition motorcycle helmets produced exclusively by Nolan, merchandise from the MotoGP™ online store and VideoPass season subscriptions. Prizes also include exclusive Brembo and Michelin t-shirts and passes to races.

The 2020 edition of the MotoGP racing game app is now available for download. For people already playing, the App will simply update to reveal the new rider line up and tournament schedule. Click HERE for the iOS version and HERE to visit the GooglePlay store.