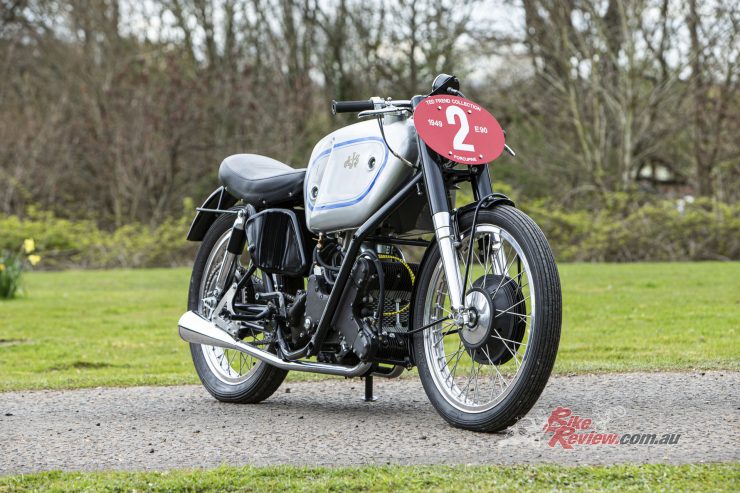 The latest Bonhams Stafford Auction has been a huge success with over $6.5 million worth of vintage cars, bikes and more going under the hammer with 98% of items sold. Check out all the cool and rare motorcycles that broke sales records, including a 1946 AJS 390 Porcupine GP bike! 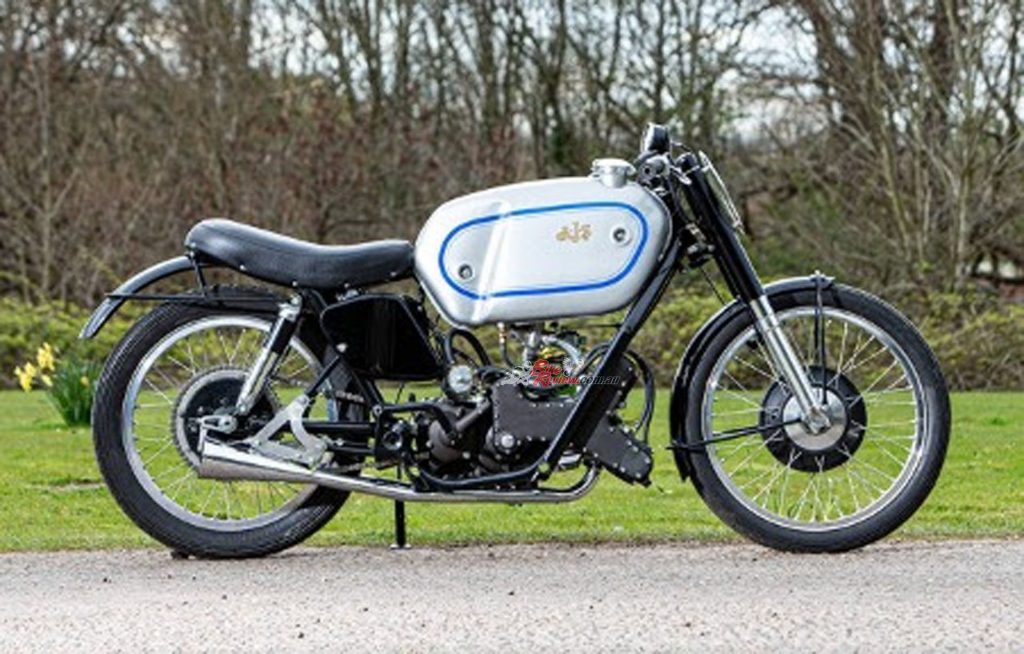 The Porcupine led a cavalcade of motorcycles of all eras which found new homes at the first Bonhams Stafford Sale since the autumn of 2019. An extraordinary Brough Superior SS100 1,000cc Supercharged Special Re-creation, the brainchild of master craftsman and engineer Ewan Cameron, achieved $234,927, the second most valuable lot sold, and an earlier 1914 Brough 497cc Model H, offered from the National Motorcycle Museum, accelerated past its top estimate into six figures, making $192,213. 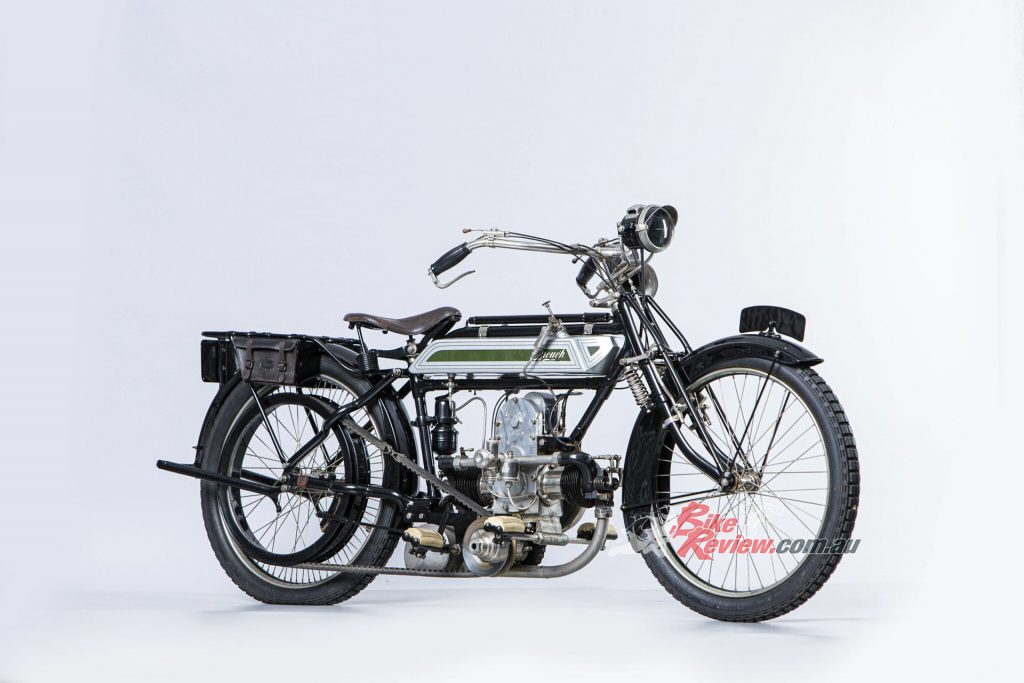 Considered one of the ‘Holy Grail’ classic racing motorcycles, the E90 was the first motorcycle to win the 500cc World Championship in the series’ debut year of 1949, carrying Frend’s fellow works rider Les Graham to his (and AJS’s) first and only world title. Dubbed the Porcupine by the era’s motorcycle press due to its distinctive spiked ‘head’ finning, the E90 remains the sole twin-cylinder machine to have won world motorcycling’s flagship series.

Just four E90s were built by the British firm, purely for its works team. Ted Frend was the first rider to win on the Porcupine at the 1947 Hutchinson 100 race. The motorcycle offered was purchased in a dismantled state from the estate of the late rider in 2006 by his friend and neighbour Ken Senior, who oversaw the Porcupine’s rebuild, with the missing parts custom made. 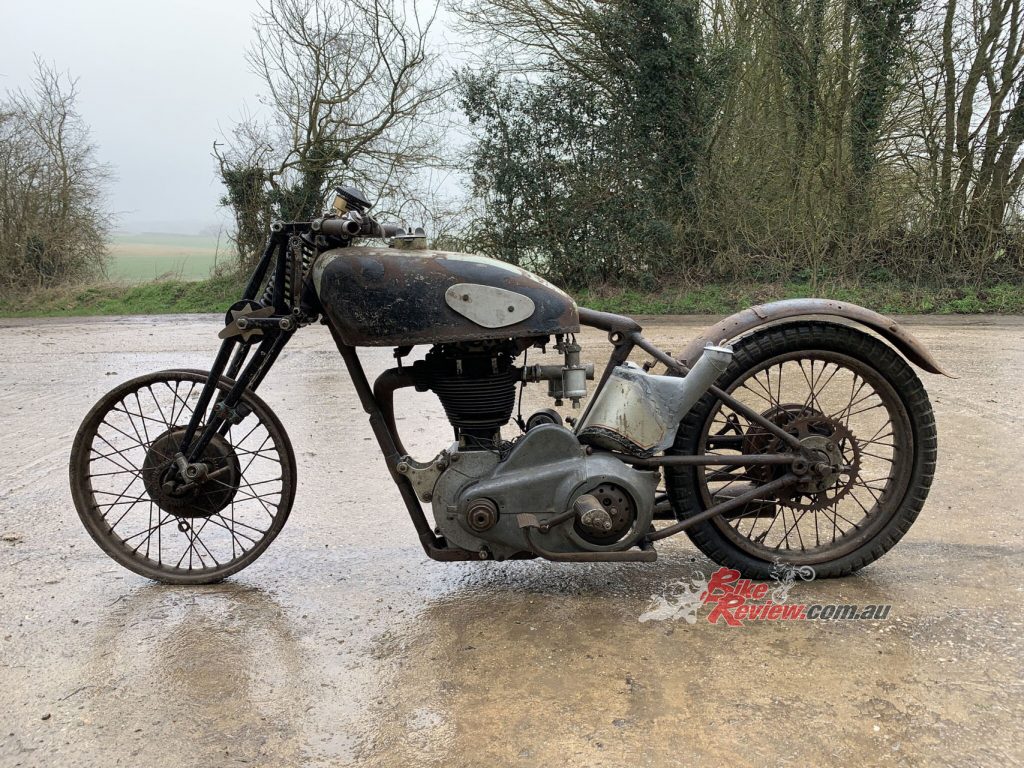 Ben Walker, International Department Director, Bonhams Collectors’ Motorcycles, said: “We are so pleased to have achieved such a fantastic result for this exciting machine. It was a once in a generation opportunity to acquire such a rarity and a hat-trick for Bonhams as we have previously set world record prices for the only other two examples to have been sold publicly.”

Other highlights over the three-day sale, which also encompassed bicycles, motorcycle spares and memorabilia, included:  The Ron Cody Collection – 100% sold. A selection of mainly Italian marques, including many MV Agusta examples, from the collection of the late Ron Cody, a former sports car racer and engineer. 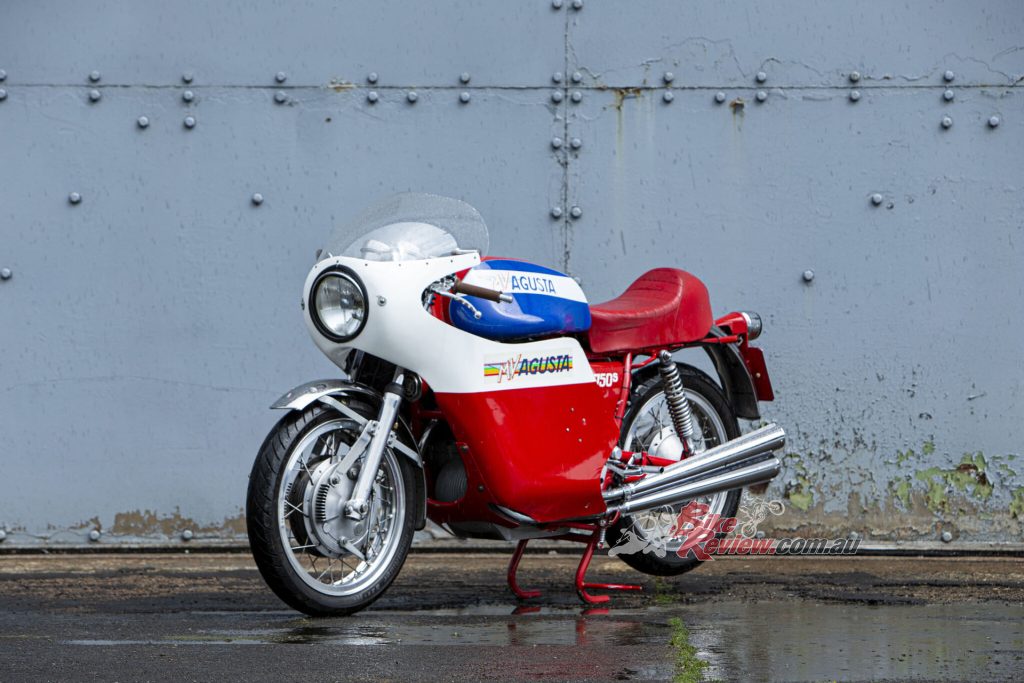 1973 Norton Commando 850 Roadster offered by the family of the late Keith Emerson, founder member of the 1970s ‘prog rock’ group Emerson, Lake and Palmer, hit a high note, selling above its top estimate for $23,492. Head here to see all the results.