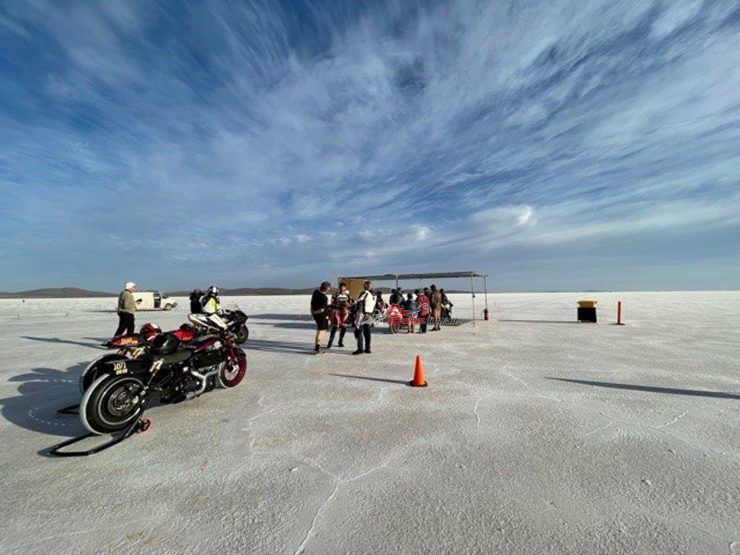 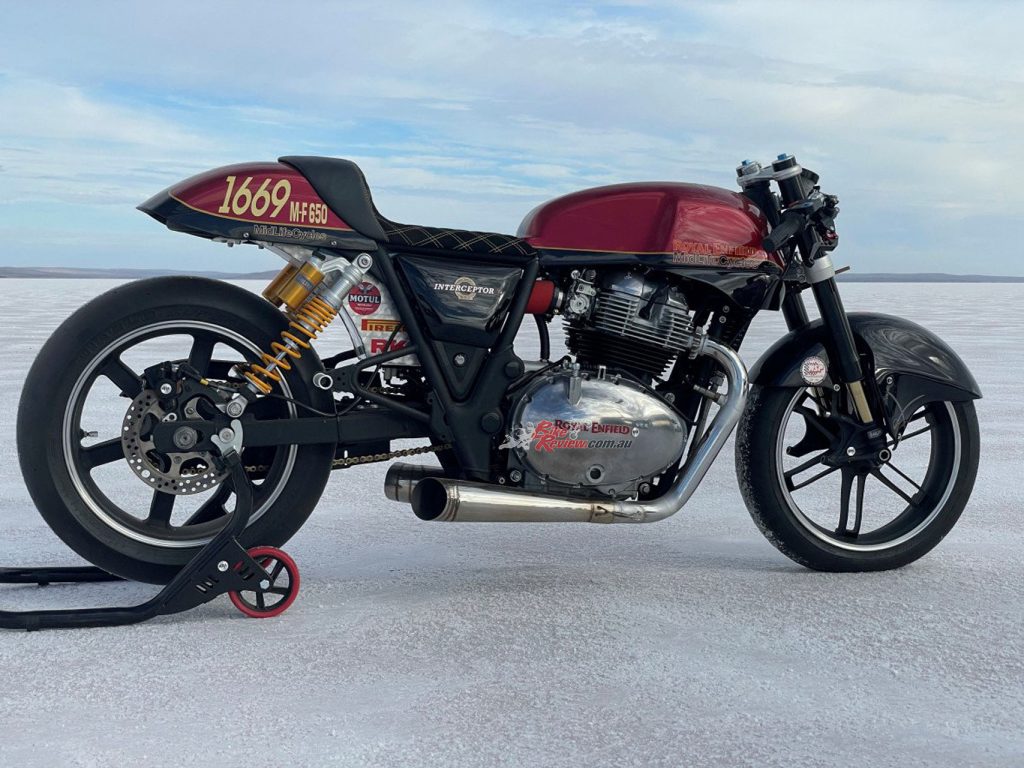 On the morning of Day Two, Charlie and the Interceptor 650 ran 128.935 MPH and 130.204 MPH for a new provisional record of 129.570 MPH. The Geelong-based HRA team, headed by experienced salt racers Andrew and Kate Hallam, thought this was an extraordinary result for a 650cc single-cam, air-cooled Twin, but Charlie believed there was a little more to come. 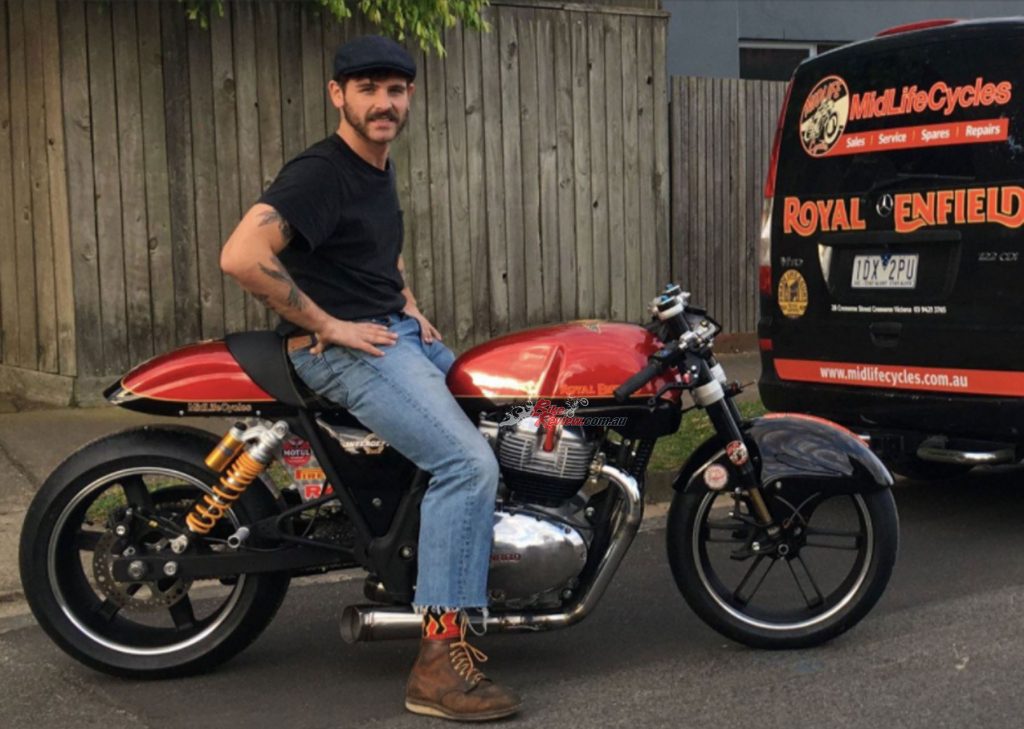 That afternoon, the Interceptor ran 130.370 MPH and was then impounded overnight until it could do a back-up run the next morning. This run, under increasingly stormy skies, saw a stunning 133.779 MPH top speed, for a new record of 132.050 MPH.

Even after a successful opening two days, this year’s event threw up further challenges with a storm sweeping across Lake Gairdner on Day Three (Wednesday), causing the eventual closure of Speed Week ahead of schedule as the lake surface proved unsafe for high-speed passes after subsequent heavy overnight rain. 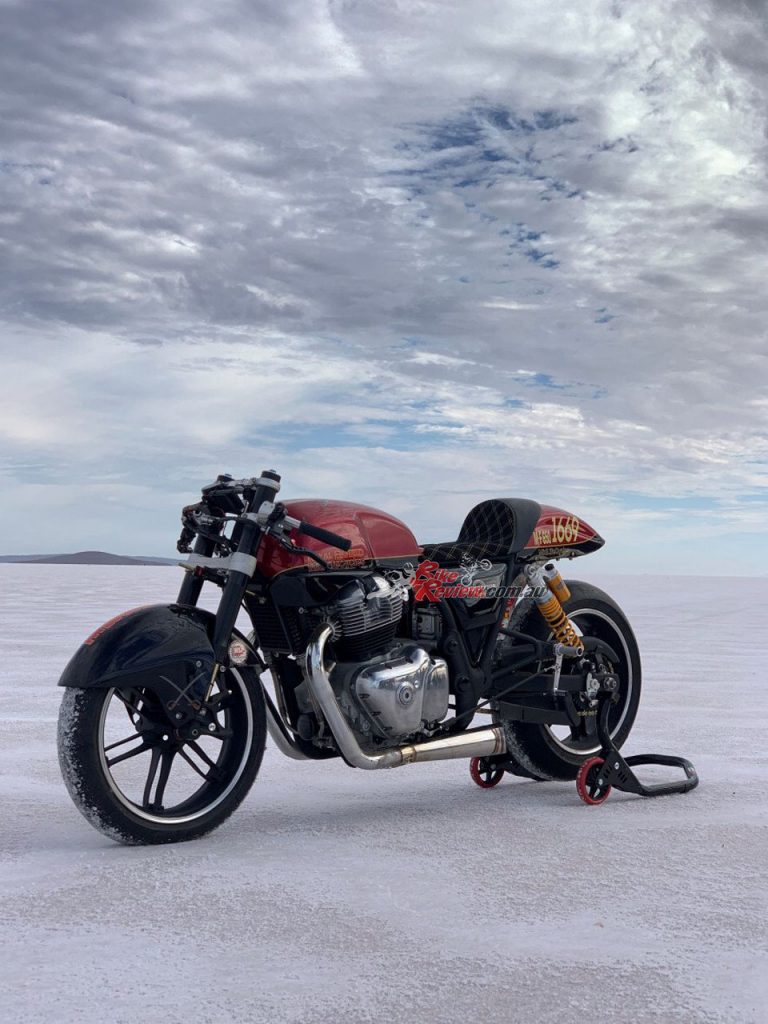 Check out all the amazing and record breaking build details on the Royal Enfield SABRE 650 in the link down below.

Find out more on this amazing SABRE build here.