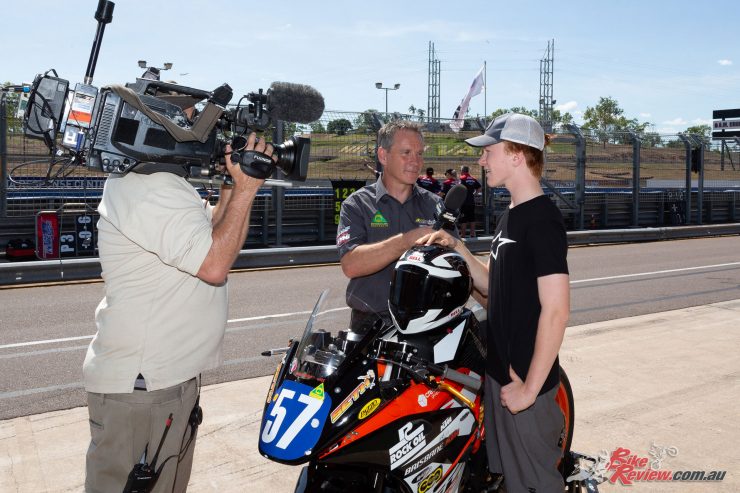 Queensland’s Morgan Park has often been a crucial track in deciding the fate of champions and this year looks to be no different. Martin offers his opinion on what we can expect at one of the most popular rounds of the year. 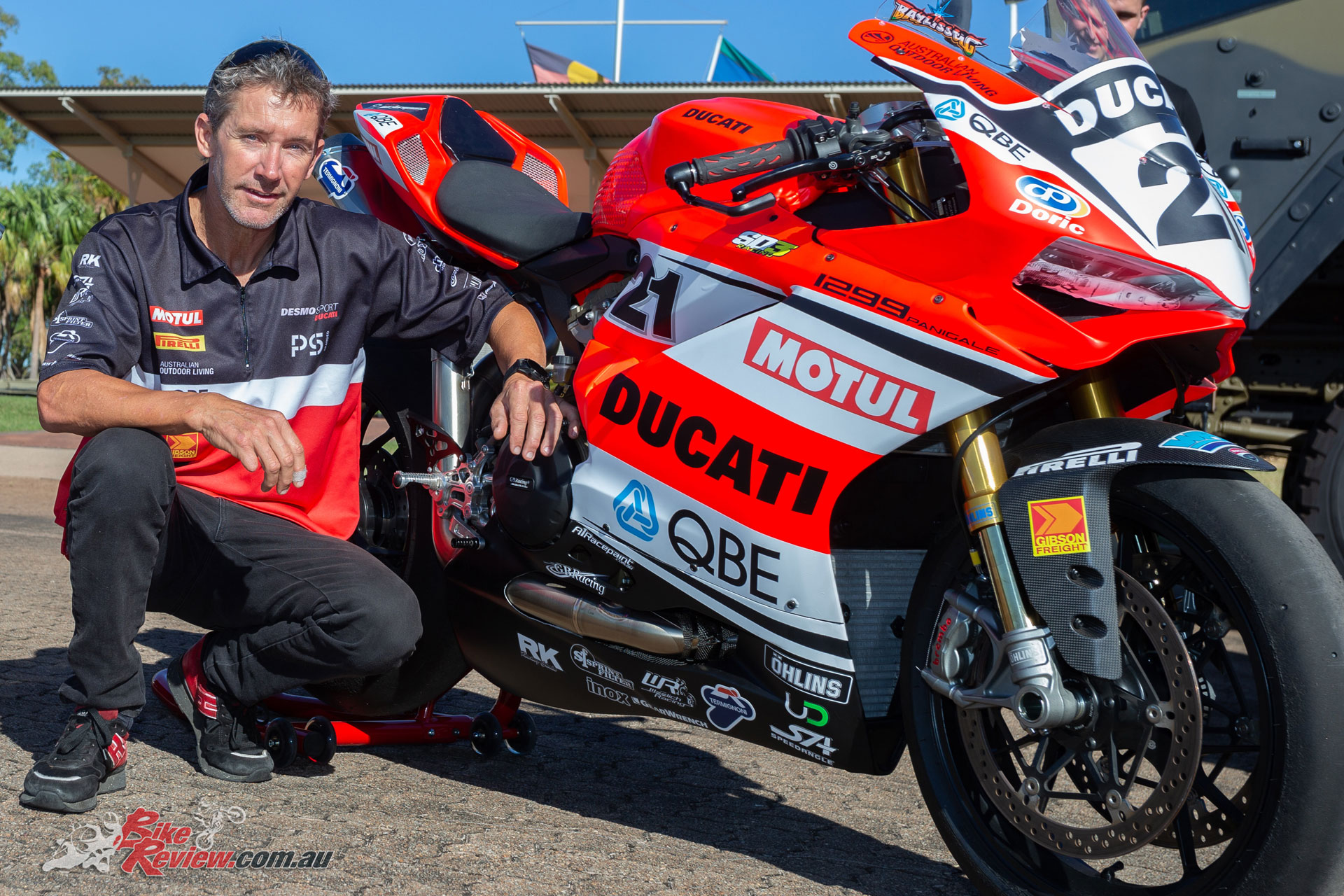 What were your thoughts after Troy Bayliss (Desmosport Ducati, 1299 Final Edition) took victory at Darwin?

Steve Martin: It was an awesome sight to see and one for the older guys to get excited about. I think he will definitely be a podium contender for the remaining rounds. The Ducati Panigale is very strong at Morgan Park in the past and Corey Turner managed to score a podium on that bike at the track last year. I really believe now that Bayliss is on a roll and I would bet on him being on the podium.

Troy Herfoss (Penrite Honda, CBR1000SP) seems to be the man at the moment, can anyone stop him?

SM: Troy is always fast at Morgan Park and he was very dominant there a couple of years ago in 2016. The Honda seems to suit the track as well. The only issue I can see for Herfoss, is that he carries the pressure of being the championship leader. You have to ask yourself, when push comes to shove, will he risk the points lead to have a crack at more victories? It will be interesting to see his approach for the rest of the season. Guys like Wayne Maxwell (Yamaha Racing Team, YZF-R1M) really need to put pressure on him. 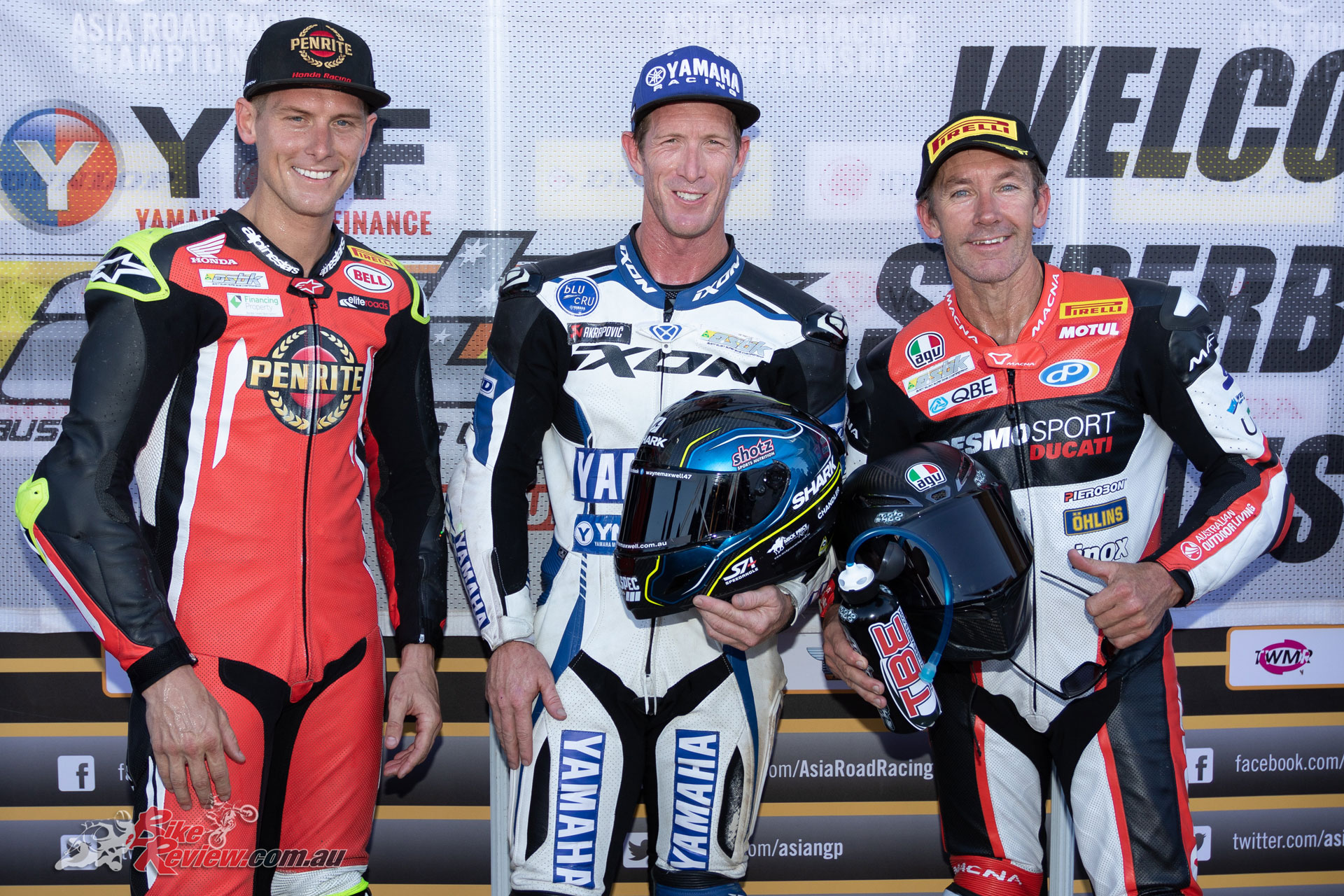 Does Wayne Maxwell have to win at Morgan Park to stay in the hunt?

SM: Wayne is one of the most talented motorcycle racers in Australia, if not the world. For one reason or another, luck has not gone his way. Throughout the whole season, he’s shown glimpses of his brilliance, but also the odd mistake here and there. There is definitely a lot of weight on his shoulders. It’s coming to crunch time now, so it’s now or never for Wayne. He has finished second in multiple title fights, so he will be desperate to add to his 2013 championship. 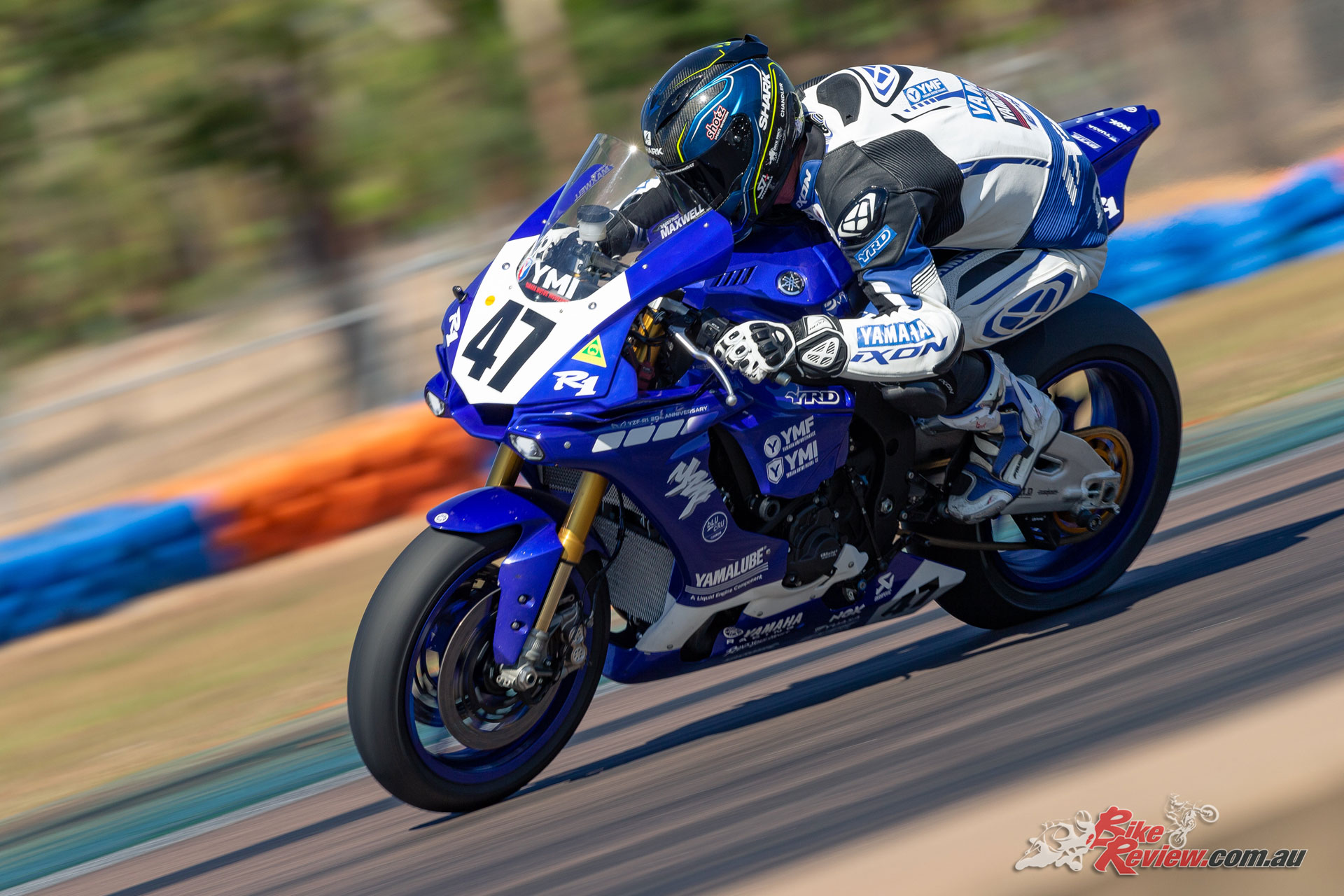 Cru Halliday (Yamaha Racing Team, YZF-R6) is smashing it in the Kawasaki Supersport Championship, what makes him such a strong force?

SM: Yamaha have really come to the fore this year in the middleweight class. The bike is brand new and Cru has adapted very well. He took a victory in the YMI Superbike class at Morgan Park last year, so he obviously goes well around that track. If he can win there on a Superbike it will be very difficult for the Kawasaki Supersport field to hold him down. Tom Toparis (Cube Racing, Kawasaki ZX-6R) is another rider that knows the track well and will be sick of coming second to Cru. I’m super impressed with Max Croker (Mladin Racing, Suzuki GSX-R600) as well. The way that he is improving step by step and picking up podiums has really caught my eye. Mat Mladin has certainly been a positive influence on his racing and I’m sure he will collect a victory before the year is out.

Tom Bramich (YRT, Yamaha YZF-R3) is another rider in strong form, how impressed have you been by his year so far?

SM: The Australian Supersport 300 class is so competitive and it can quite often be any one of ten riders in contention every race for victory. For Bramich to hold a 28-point advantage and run consistently at the front shows you what a talent he is. Tommy also won the 2015 Moto 3 / 125GP Championship in convincing fashion.

Seth Crump (Rock Oil, KTM RC 390) has also come on song insanely quick. When you consider that he hasn’t completed a full year of ASBK yet. He can already take it to the best of them and is a fast learner. His father and former Speedway GP Champion, Jason Crump works on the bike and it’s a great combination. For a family to come from a different discipline is super impressive. It was great to see him pick up a win at Darwin. 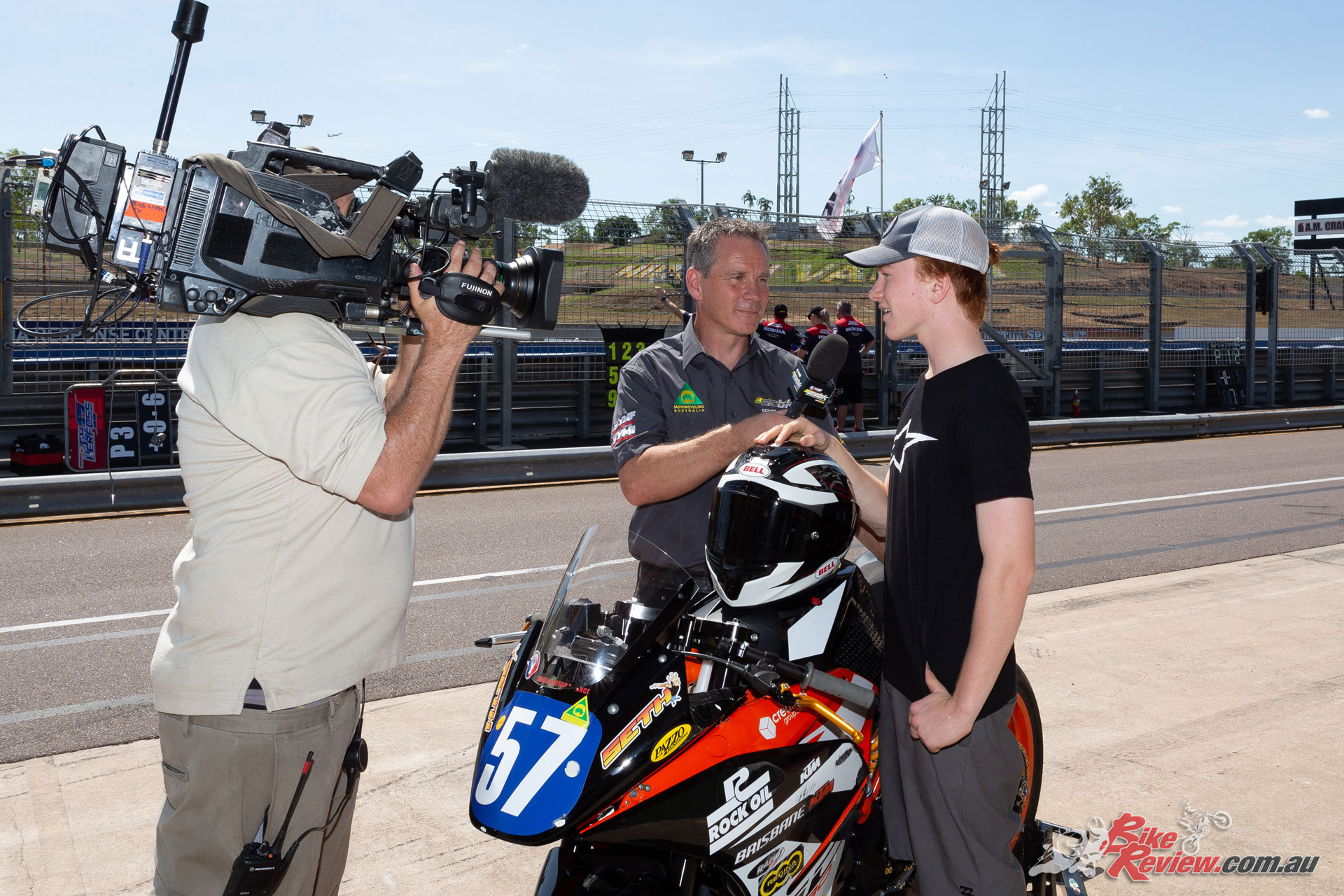 Glenn Allerton (NextGen Motorsports, BMWS1000RR) has injured himself in a Motocross accident, can he still come back and make an impact in ASBK 2018?

SM: When I think of Glenn Allerton, there’s probably plenty of people that say that he should retire. It’s still possible to make an impact in your 30’s however, I went to Europe at a similar age and still managed to win a World Championship. If you look at Bayliss, he could still compete for another 15 years if he wanted to. It’s really down to him, if he wants to win again, I’m sure he could pull it off. In my opinion, he should not come back too early. We’ve seen him to return to competition too soon in the past and it hasn’t been good for him. I think it would be smart for him to sit out a couple of rounds and come back strong. 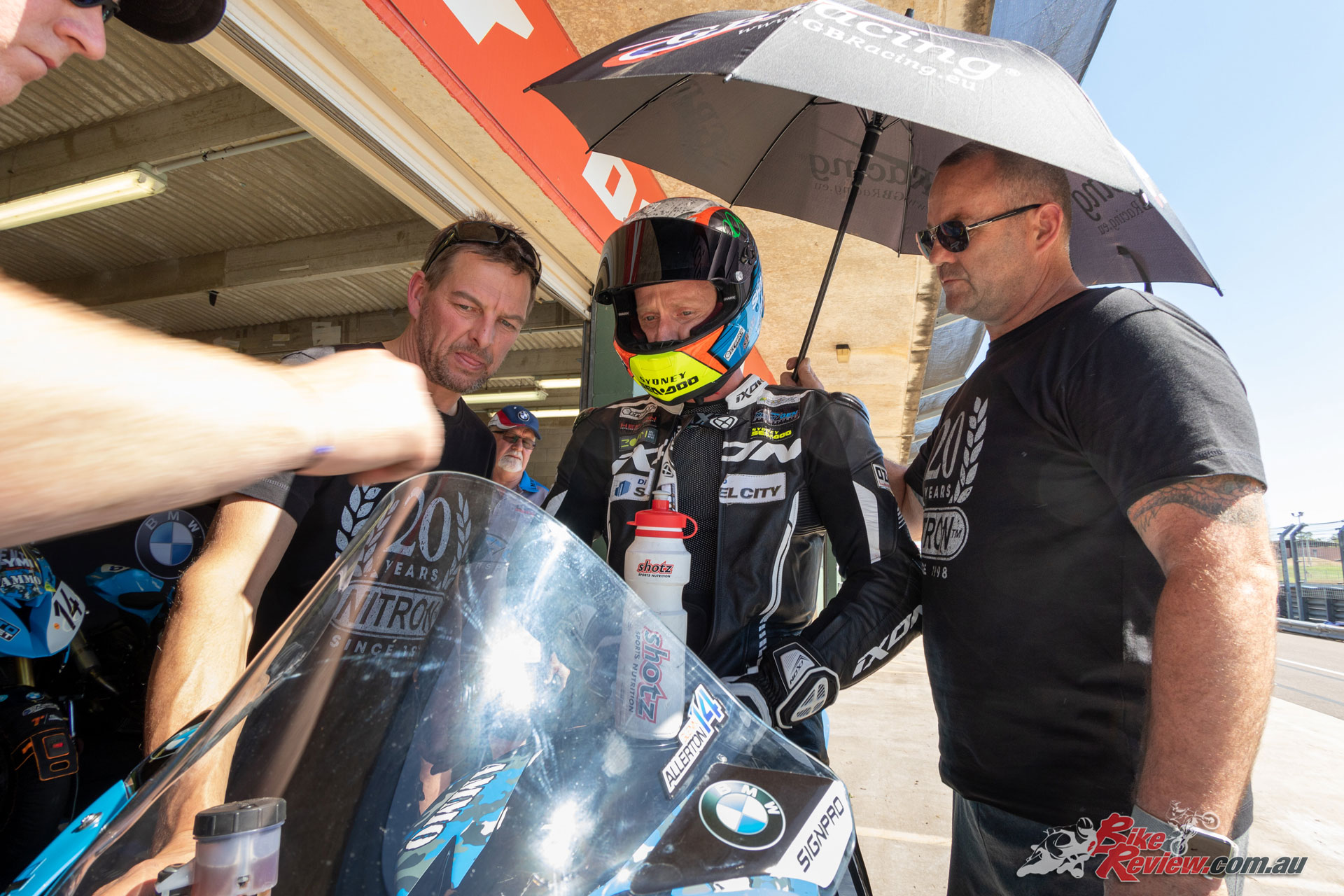 Is the Championship heading towards a battle between Herfoss, Maxwell and Bayliss?

SM: It’s starting to look like those three are edging away in front. Herfoss seems to have it in hand, but as we’ve seen in other years, things can change in an instant. He now has more than a race win in hand, but all it takes is a mechanical failure or a crash for him to be reined in. He can’t count his chickens before they have hatched and when your leading the championship, you ride slightly more conservatively to maintain your lead.

How would you describe the characteristics of the Morgan Park track?

SM: It’s certainly tight and twisty, but it flows as well for a very enjoyable track. The ones that get the good lap times can set up their bikes for the back-sector, where it flows fast left and right before you start to head up the hill. You can make up heaps of time there. If you get it wrong through that section, you can lose the front and mess up your entire weekend. What I like about Morgan Park is that it is very close to Warwick and the local community really gets behind ASBK. You can see a lot of the track from the spectator viewing points and you can get pretty close to the action. 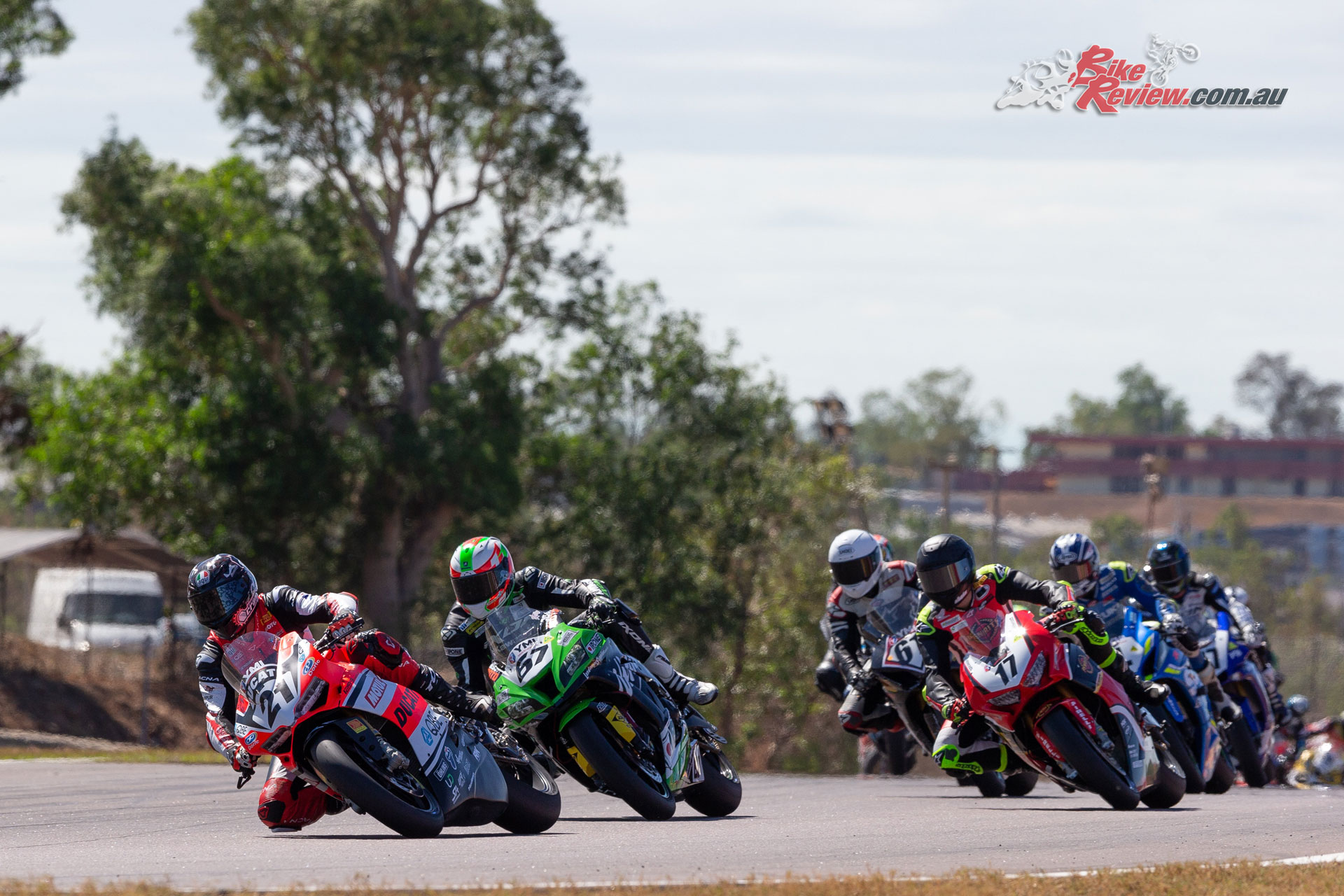