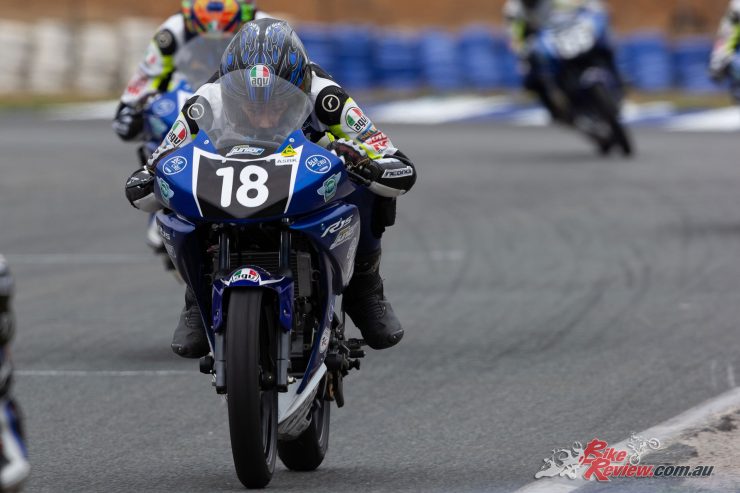 The first-ever round of the bLU cRU Oceania Junior Cup (March 22-24) got underway on Saturday as part of Round 2 of the Motul Pirelli Australian Superbike Championship at Wakefield Park and Carter Thompson was the junior road race academy’s first ever race winner, taking the victory over Glenn Nelson and Cros Francis.

Francis set the early pace in the Qualifying 1, clearly comfortable with the Wakefield Park layout as he continued on from where he left off in Free Practice on Friday.

In the second qualifying session Francis fell at turn two with three minutes to go but managed to continue, and still went on to claim pole position by more than six tenths of a second (1:15.747).

He finished the session ahead of Thompson and Nelson, neither of whom could improve on their times from Qualifying 1.

Fans were left to wait for a little while longer to see the Oceania Junior Cup go racing, with a red flag on the initial start due to crashed riders including Max Gibbons and Patrick Bognar. At the restart it was Jacob Roulstone across the line to lead the first competitive lap of the Oceania Junior Cup. 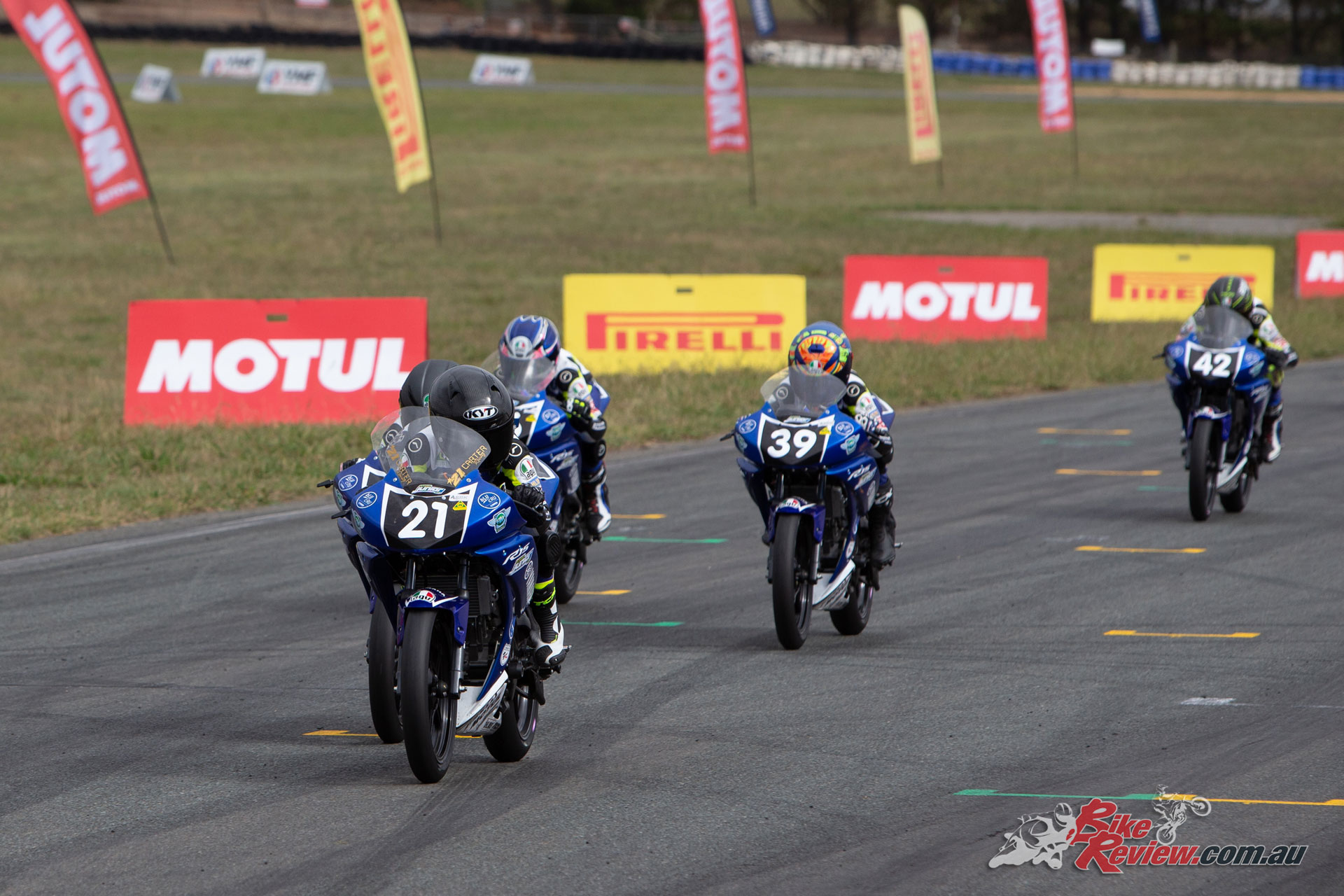 Nelson and Francis were in hot pursuit, and when the field crossed the line for a second time, less than a second covered the first six riders. Thompson found his way to the front, and with three laps to go he still held the advantage.

As the field began the last of their six laps, Thompson led from Roulstone, Nelson, and Francis. In the drafting battle to the finish line, Thompson took the win from Nelson, Francis, Roulstone, Marianos Nikolis, and Angus Grenfell.

Races 2 and 3 of Round 1 of the Oceania Junior Cup will take place tomorrow (March 24), where the competition will surely heat up as we crown the first-ever round winner.

The action from Wakefield Park continues tomorrow with Round 2 of the Motul Pirelli Australian Superbike Championship taking place this weekend (March 22-24). Watch live coverage of the ASBK on Fox Sports and SBS, check your local guides for details. For live, online extended coverage available worldwide, head to ASBK.com.au