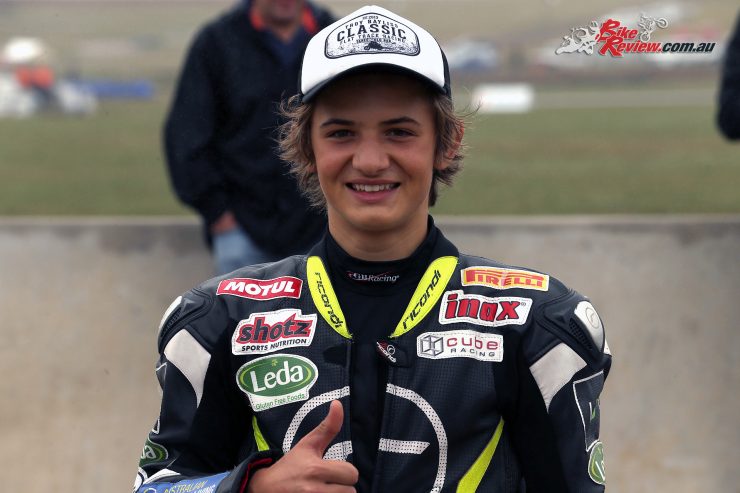 Tom Toparis has been announced as a wildcard in the Moto3 World Championship for the Motegi (Japan) and Phillip Island Grand Prix Circuit (Australia) Rounds. The announcement is a huge boost for the Australian Motorcycle Grand Prix 2017, as Toparis will have the chance to display his emerging talent on the world stage. 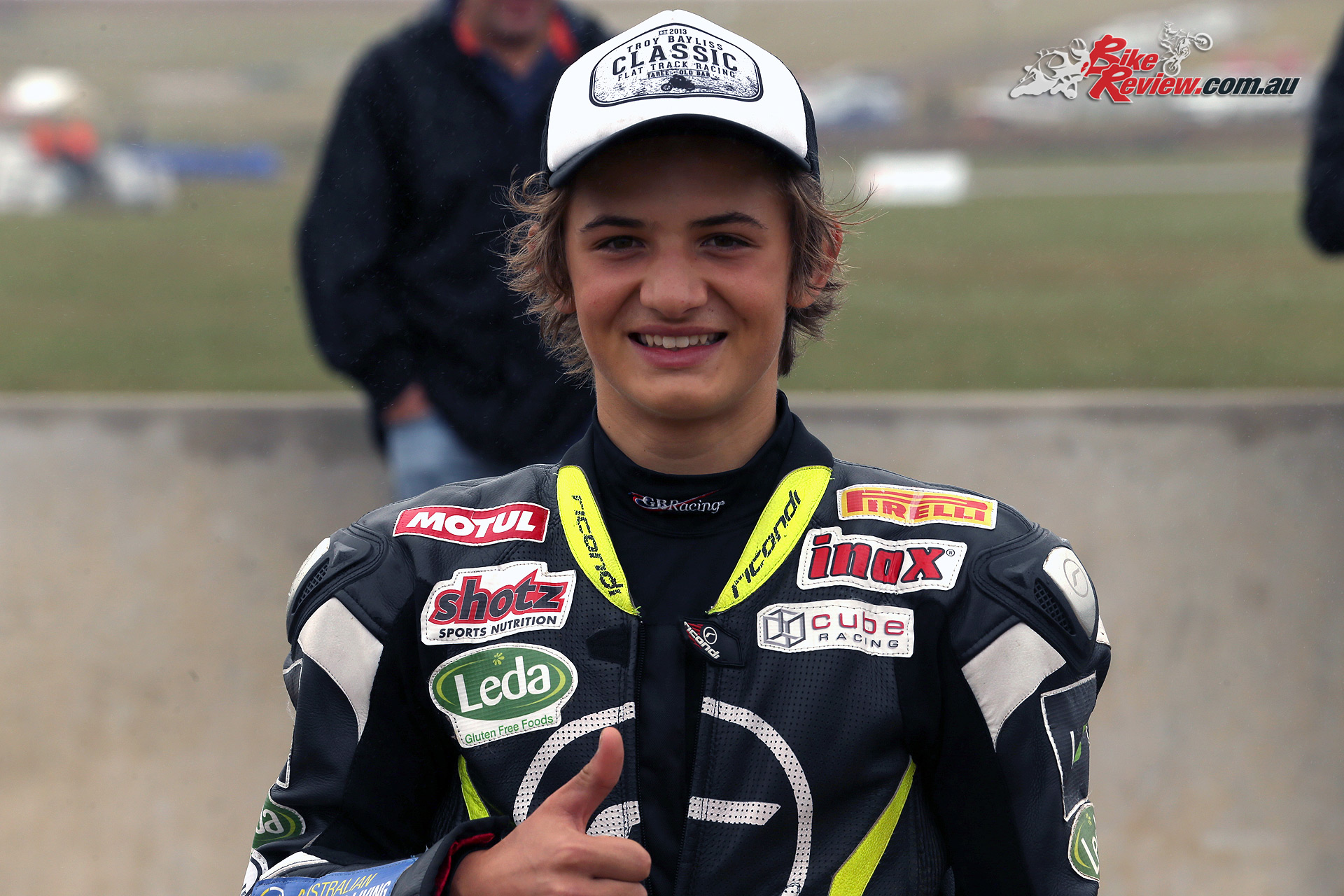 MA caught up with Toparis before the announcement; “The opportunity all came about when Riki Lanyon from Leda Nutrition had the idea that he wanted me to wildcard in Moto3. Without a doubt, I had to grab the opportunity and run with it. Of course, racing in Moto3 will be unlike anything I have ever competed in before,” admitted Toparis. “We have organised a bike for us to test on and hopefully we can get several laps in before the Australian Motorcycle Grand Prix 2017. The schedule will be racing at Motegi, the last round of the ASBK and the Australian Motorcycle Grand Prix in very short succession.

“Competing at the front will be likely out of the question, however I’m hoping to gain valuable experience and knowledge from the wildcard appearances,” Toparis stated. “I’m expecting my crew to largely be made up of the Cube Racing Team from ASBK.

“This is the opportunity of a lifetime! Only two years ago, I visited Phillip Island for an ASBK Round and one of my mates told me that I should have a go at racing. Now I will be wildcarding in Moto3 within the World Championship! I’m really looking forward to the challenge and I’m very excited to represent Australia on the world stage!” Toparis finished. 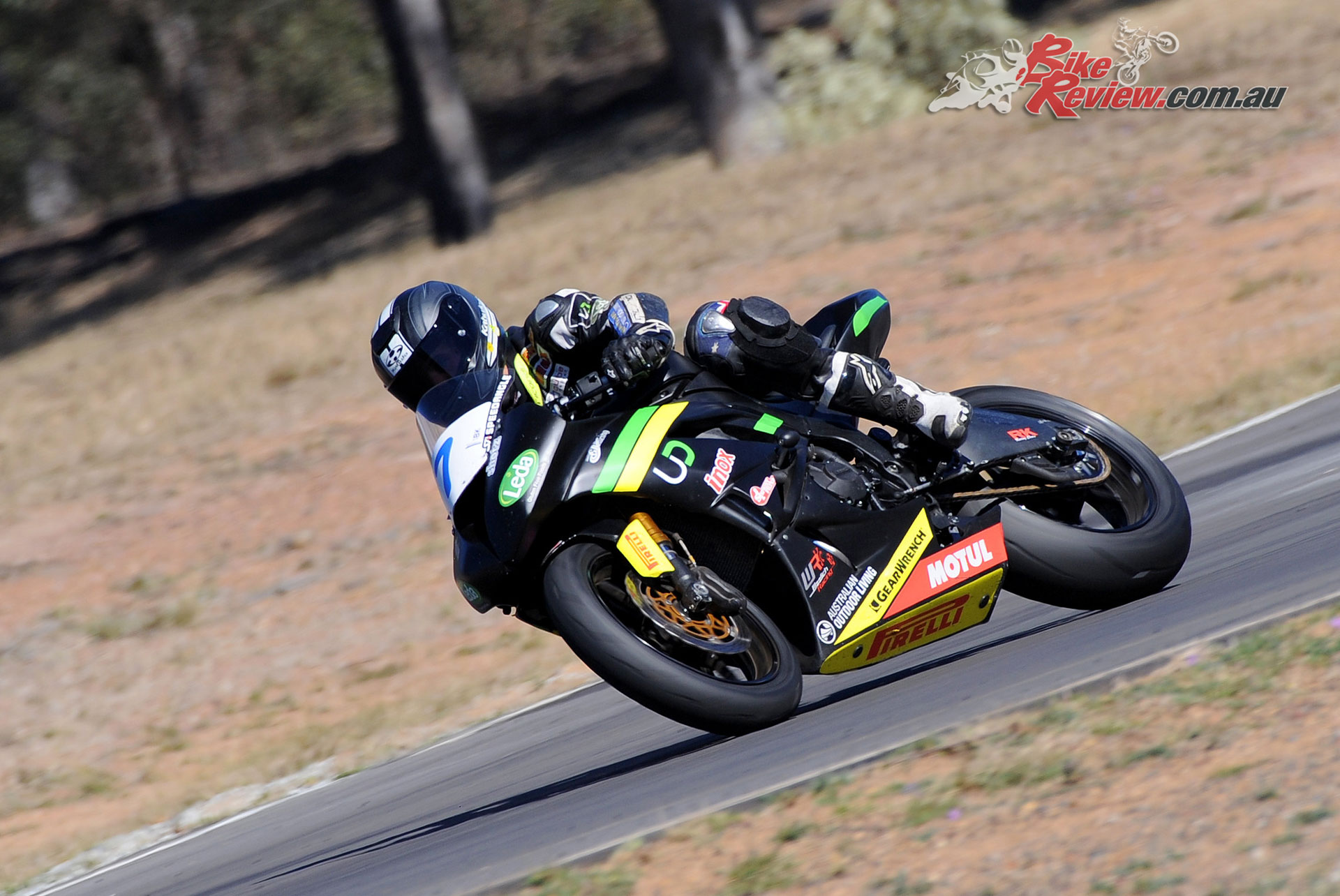 Riki Lanyon from Leda Nutrition, who will back the Moto3 appearances, described why Toparis was chosen; “Toparis is very adaptable to whatever he sets his eyes on. He is a natural competitor, a thinker and is driven. This is only his second full season of racing and it’s going to be fascinating to see how his career unfolds over the next few years. At the moment; we are planning for Toparis to race on a Kalex KTM from Kiefer Racing that previously raced in Moto3. The bike is several years old, but should be very competitive based upon its previous results at the Phillip Island Grand Prix Circuit.

“We are all very excited for Toparis and we can’t wait to watch him develop and race against the world’s best at Motegi and the Australian Motorcycle Grand Prix 2017!” Lanyon finished.

Toparis will compete in both the Japanese (13-15 October) and Australian (20-22 October) Rounds of the Moto3 World Championship at Motegi and Phillip Island in October.