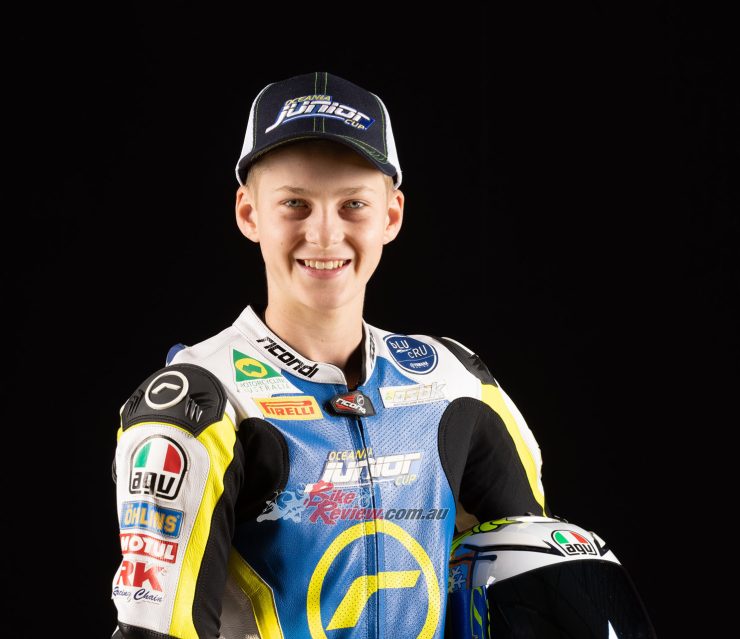 There must be something special in the water in Townsville as another motorcycling talent has emerged in Lachlan Moody who has shown in his first year in the bLU cRU Oceania Junior Cup that he has a bright future in the Australian Superbike Championship. 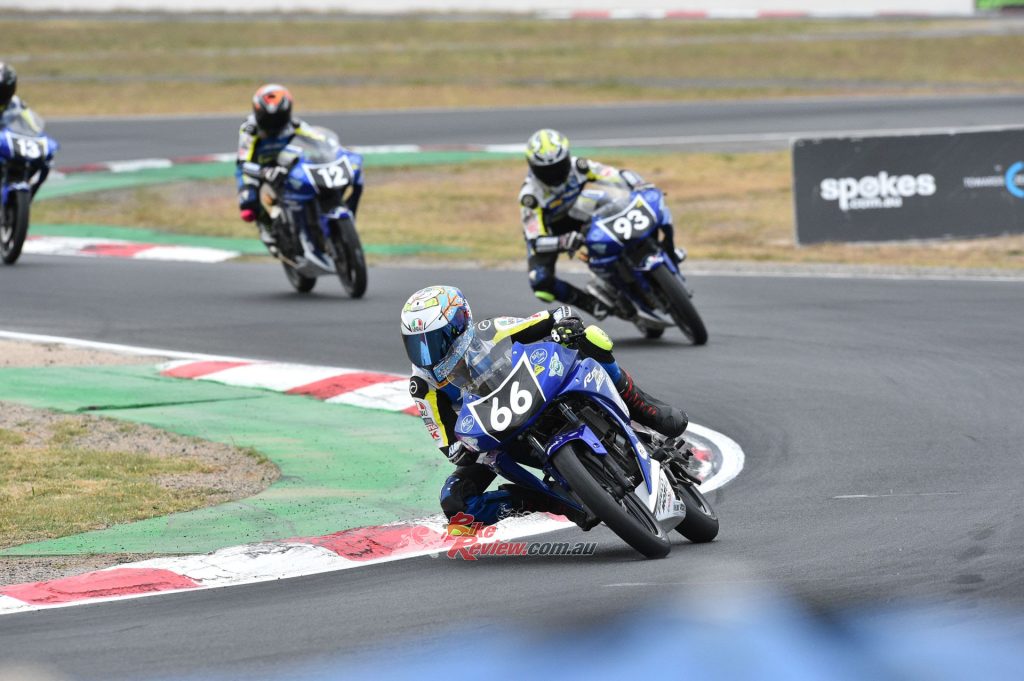 Lachlan Moody is a rising star from Townsville racing in the OJC series onboard the Yamaha R-15! 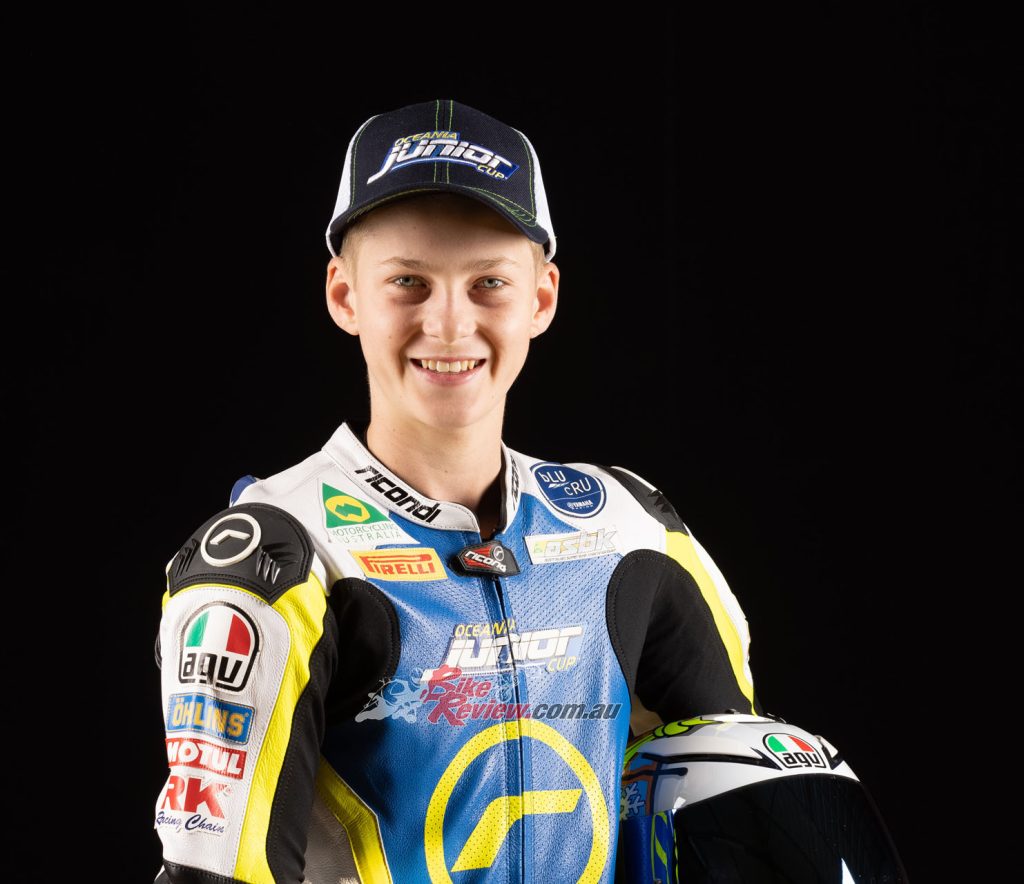 Despite the season being cut short, Moody still made the most out of the few races he could attend.

In March this year, Moody lined up in his first ASBK race at Victoria’s Winton Motor Raceway, home of the bLU cRU Oceania Junior Cup, and hoped for a top 15 finish.

“I was there to learn but gave myself a goal of finishing in the top 15 of each race and I got the hang of it really quickly and I noticed I was really enjoying it, so I stepped my game up and tried giving it more of a crack.” 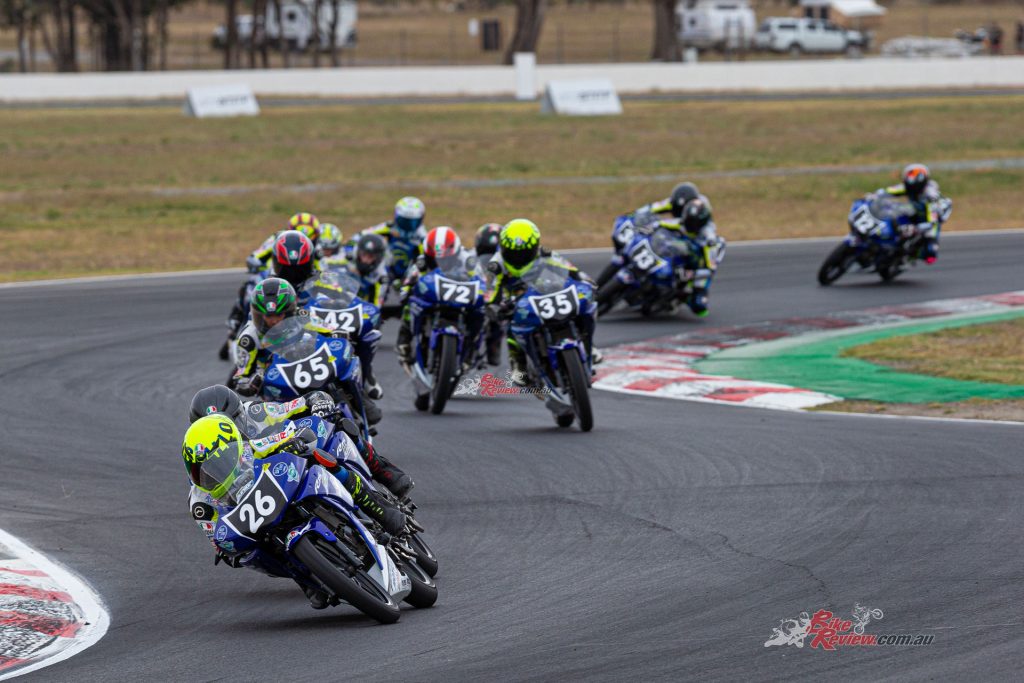 Moody continued to improve tremendously throughout the day. Smashing his lap times each outting.

In his first practice session, Moody set the 13th fastest time and managed to improve his times over the three practice sessions by more than 4 seconds with an impressive 11th fastest time. In the two qualifying sessions he would smash his lap times by a further three seconds with an 8th fastest and 11 fastest time in qualifying session 2. During his first Oceania Junior Cup race, Moody would score a sensational 8th place, but didn’t realise where he finished until he got back to the pits to see his Dad.

“I was unsure where I was, and I tried keeping up to the front pack, but I couldn’t. Dad told me where I finished, and I was stoked because I was unsure. Dad was like ‘what have you done’ he was so surprised. It was a really good feeling I tried some different lines [in race two], and I was sitting behind Levi Russo and passed him once but then I fell back some positions. I had a good line and speed between turn 1 and 2 and I was sitting in fifth or sixth but got passed on the last lap.” 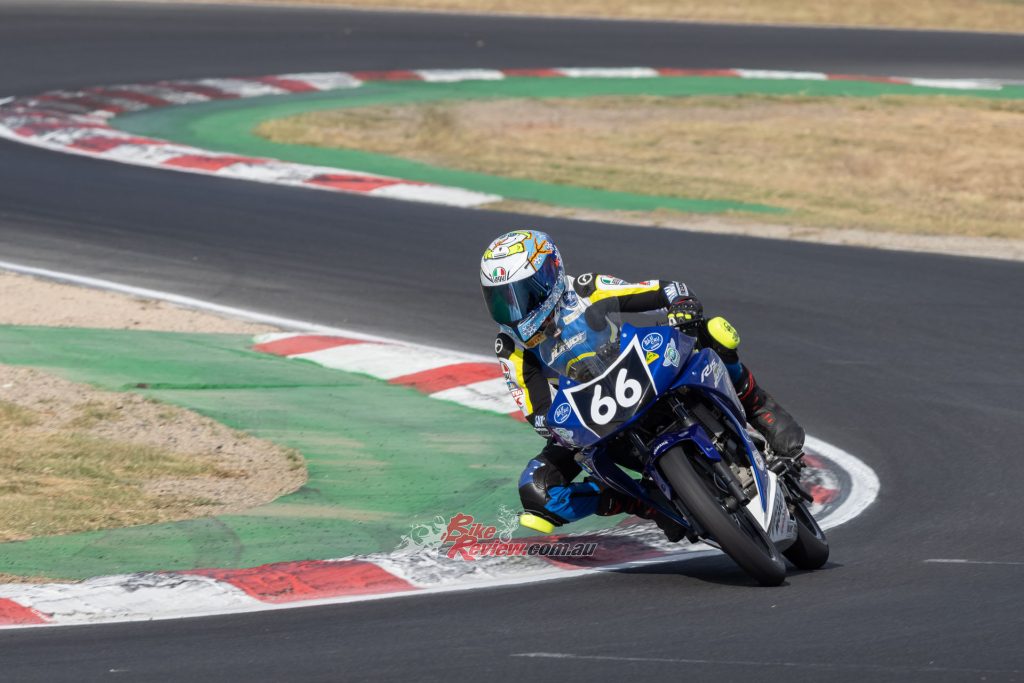 “In race three Moody admitted he braked late into turn 1 which upset the bike as he hit the curb and the bike slipped from under him crashing.”

In race three Moody admitted he braked late into turn 1 which upset the bike as he hit the curb and the bike slipped from under him crashing. Moody shattered his humerus bone and was concussed, and despite the incident is wrapped with results overall.

I was stoked with my result, as it was only my fourth time on a road bike. Unfortunately, while recovering I got a staph infection, which made it worse for my recovery time, but I’ve been back on a bike a month or two now and feeling good.” 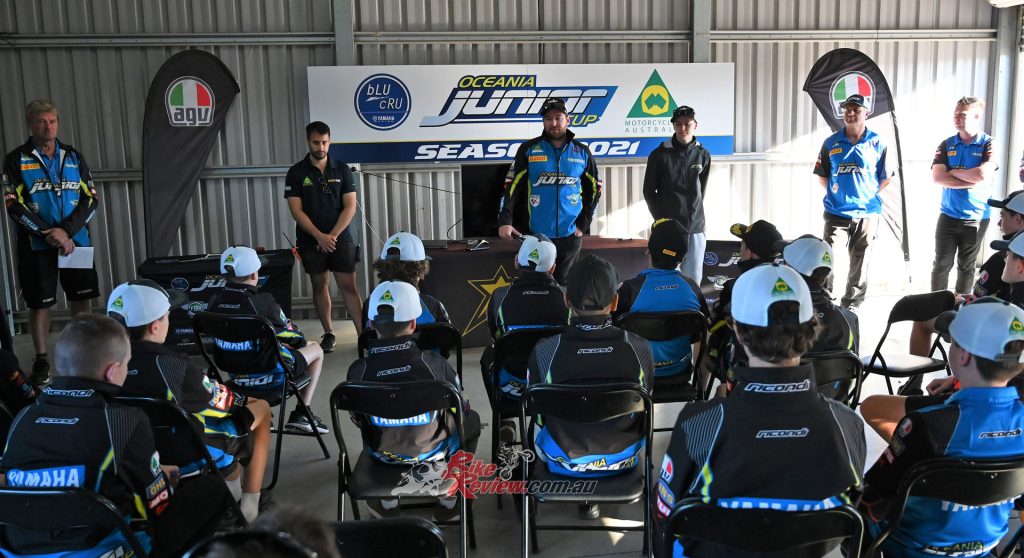 The OJC is a great opportunity for riders to start their racing career, with everything being supplied for the racers and coaching from plenty of people who know their way around a bike.

Moody has high praise for the bLU cRU Oceania Junior Cup and ASBK family and during the Christmas holidays he is hoping to ride again with his friends and fellow road racers Jack Miller and Billy Van Eerde.

“Getting to know them all was really good. Damian Cudlin has been helping a lot and the mechanics are really good to talk to. The end goal for the year is to finish in the top 15. I could have been top ten 10 if it wasn’t for my crash. If I do good in OJC I hope to get selected for the Asia Talent Cup, that would be cool and a confidence booster.” 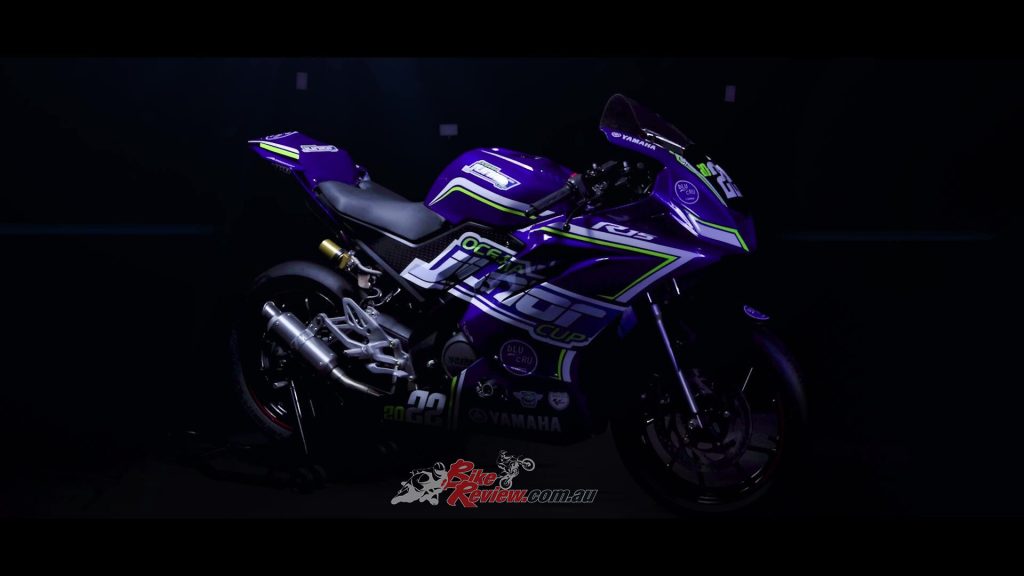