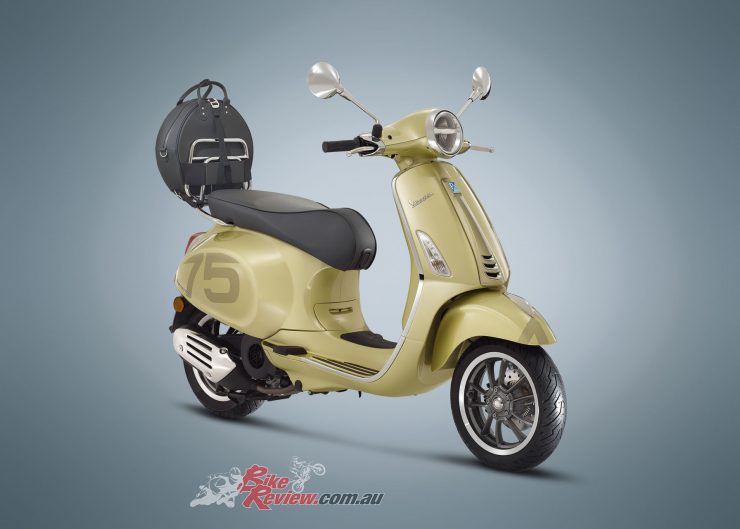 Vespa is celebrating 75 years and has reached the extraordinary milestone of 19 million units produced since 1946. The Vespa that celebrates the 19 million is a GTS 300 in 75th Anniversary Special Edition and was assembled in the Pontedera plant, where Vespa has been manufactured bikes since 1946. 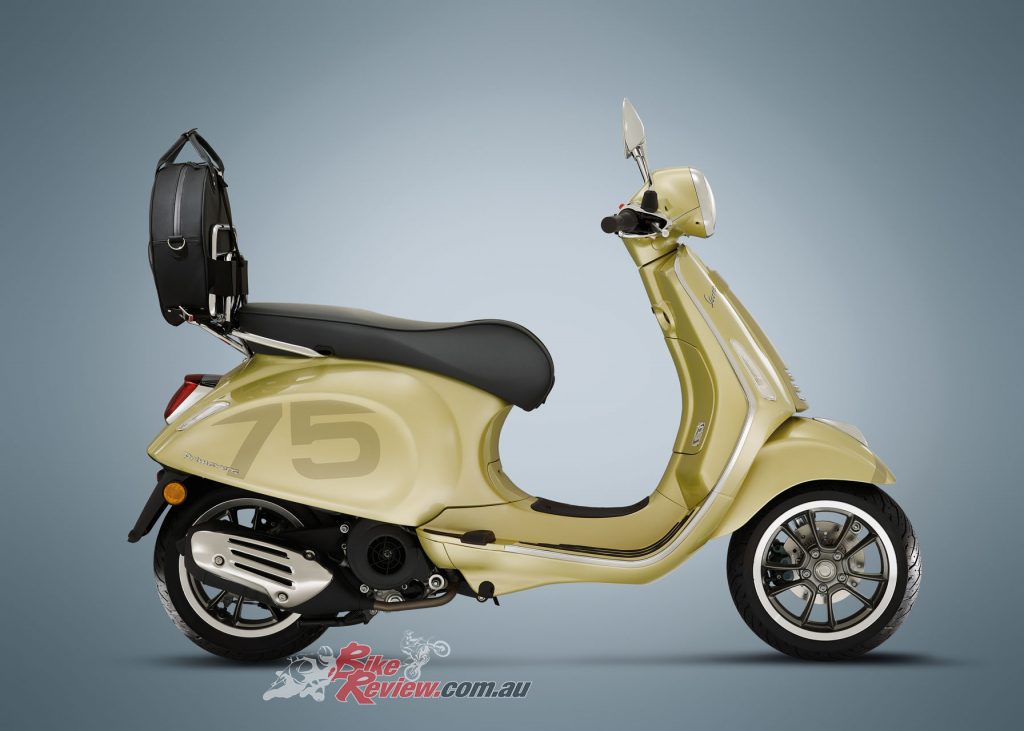 Riders will get the choice between the larger engined GTS or the smaller Primavera for the 75th anniversary.

This extraordinary moment arrives as Vespa is experiencing one of the brightest times of its history.  Vespa say their bikes have far surpassed its function as an easy and elegant means of commuting to become a global brand, a symbol of Italian technology and style, capable of bringing millions of enthusiasts together in its name.

Halfway through the first decade of the new millennia, annual Vespa production was around 50 thousand units and, since then, constant and spectacular growth took it an excess of 100 thousand in 2007 and 200 thousand from 2018. 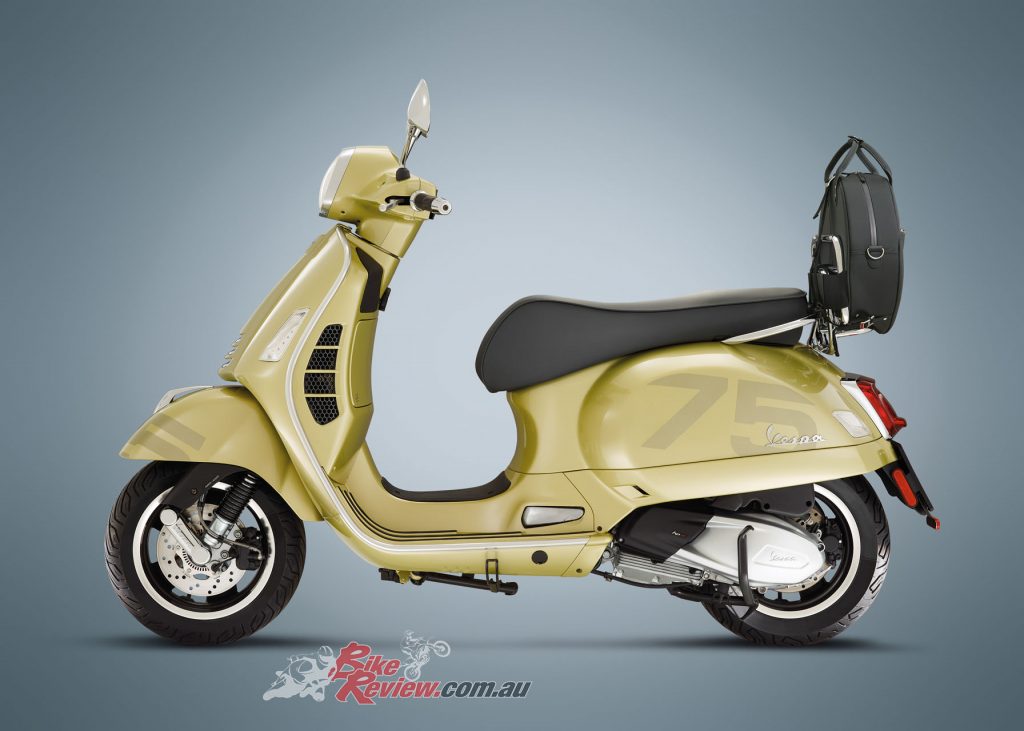 Subtle details like the number on the side add an aggressive look to the special edition along with the new colour.

For its 75th birthday, Vespa Australia have introduced a special Vespa 75th series, available for the Vespa Primavera 150cc and for Vespa GTS 300cc limited to 2021 production only.

The body of Vespa 75th takes on the brand new metallic Giallo 75th colour which, designed expressly for this series, reinterprets colours in a modern key that were all the rage in the forties. The number 75 appears on the side panels and front mudguard in a more accentuated shade. Along with a heap more extras to add to the retro appeal of the Vespa. 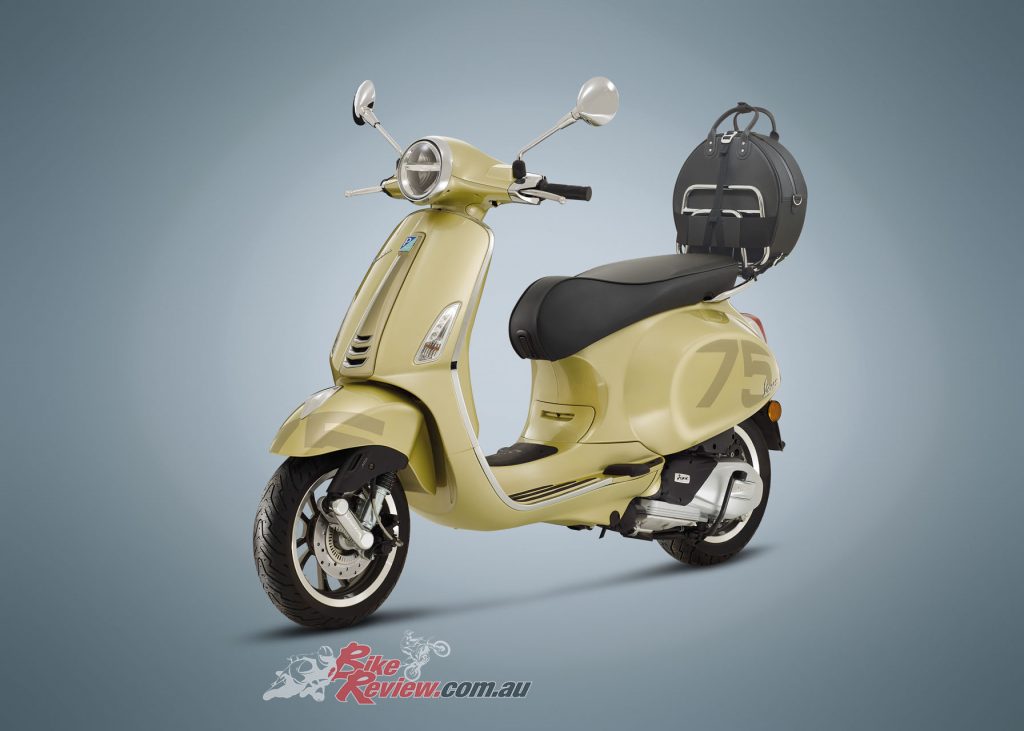 You’ll have to get in quick if you want a 75th anniversary edition as Vespa will only be making them for 2021.

You can read about all the extras on the 75th anniversary edition GTS 300 and Primavera here.