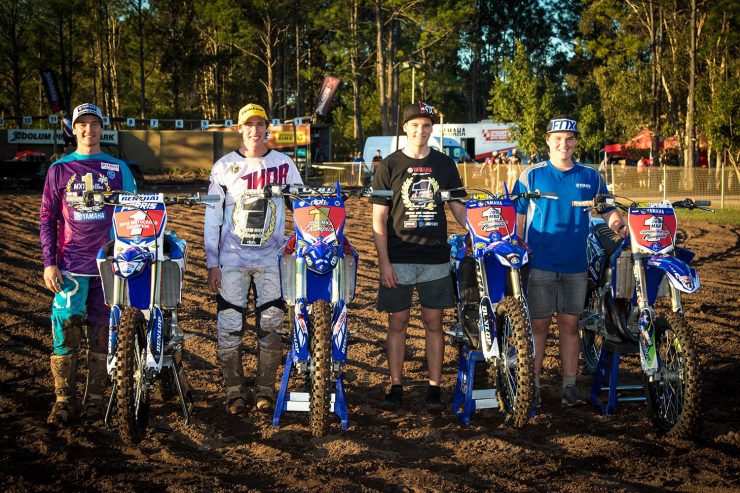 MX1 Champions. MX2 Champions. MXD champions and MXR champions. Out of the five championships decided at the final round of the MX Nationals, Yamaha and their supported teams scored four national championships and showcased the performance of the YZ450F, YZ250F and the YZ125.

It was a day to remember for Yamaha and despite plenty of tension and drama that unfolded, Dean Ferris (MX1), Jed Beaton (MX2), Mitch Evans (MXD) and Cody Dyce (MXR) all picked up MX National crowns in front of a huge crowd at Coolum Pines Raceway in a day of domination for the ‘bLU cRU’ team.

History began to unfold when Cody Dyce (Yamaha Junior Racing) steered his YZ125 to a third at the final round of the Rookies cup on Saturday and take the championship win making it two years running for Yamaha.

Mitch Evans (Yamalube Yamaha Racing) was next to chalk up a championship for Yamaha after two hard fought races in the MXD category. Evans clinched the championship after finishing fourth in the final race and capped a remarkable comeback after a slow start to the series.

Jed Beaton (DPH Yamaha) then steered his YZ250F to impressive round win at Coolum to claim the MX2 championship. Beaton was in red hot form, taking the win in the first race of the day and set the tone for a great days racing from the Victorian who went on to finish second in the final leg and win the final round.

Finally, Dean Ferris (CDR Yamaha) overcame some spirited rivals, a grueling track and a tension filled final race to win the premier MX1 championship on his YZ450F by the barest of margins. Ferris needed a near faultless round and he delivered under immense pressure to get the job done and cap off a remarkable day for Yamaha. 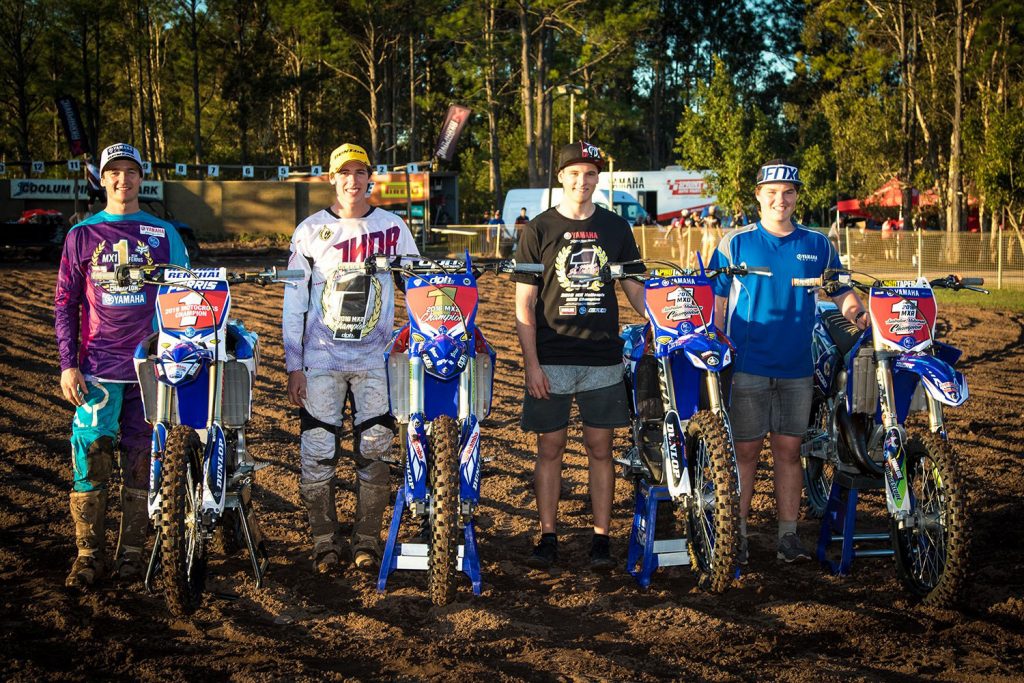 “It was an incredible motocross championship and the success achieved by our teams is remarkable. We are fortunate that Yamaha’s production based motocross models, the YZ125, YZ250F and YZ450F are the best on the market and that was again proved during the course of the 2016 MX Nationals,” Howard commented.

A full and detailed race report for each team will be available in the coming days.